Recap – Denver Bacon and Beer Festival Brings it Home For 2016

I knew I had arrived at the right place when I entered and was immediately handed a spork and a craft beer (Renegade’s Smolder to be exact). The Glitter Dome — a decidedly glitter free warehouse in RiNo — hosted a sold-out crowd of roughly 800 hungry and thirsty patrons for this year’s Bacon and Beer Festival. Hosted on a Saturday, people came to casually saunter while swiping up delicious bites and sipping from a diverse array of Colorado’s finest craft beers. 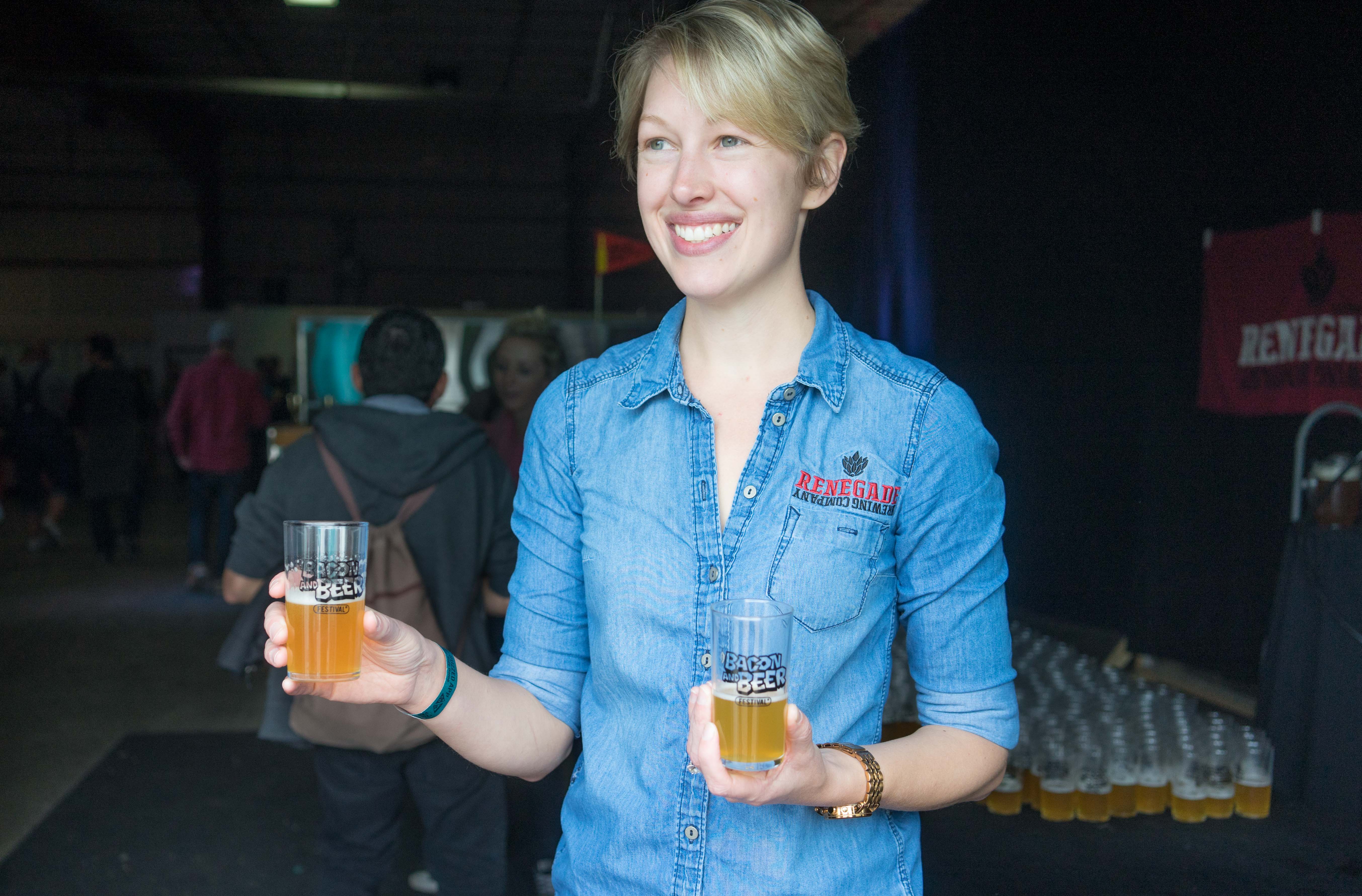 After the introduction of a rival, nationally produced Bacon and Beer event last year, Two Parts and EatBoston brought the bacon back home for the OG festival’s fifth incarnation. They kept true to their hyper-local nature and donated much of the proceeds to Project Angel Heart and Metro Caring — a local charity that cooks and delivers meals to the terminally ill. Read on for the highlights and photos, and hopefully next year you’ll be inspired not to miss it.

Interstate: The unassuming neighborhood joint located at 9th and Santa Fe served up some of the festival’s more creative bits. The Candied Bacon Apple “Lollipop” was an apple-bacon jam stuffed pork tenderloin wrapped and braised in caul fat. The pork was then drizzled in a dulce-de-leche sauce. The slab came served on a sturdy toothpick and provided three hard-hitting, delightful bites. I’m not sure if this dish could have fit a traditional three-course meal, but these chef tailored bites paired perfectly for this time and place.

The Regional: Located in the Denver food collective Avanti Food & Beverage, The Regional makes southern comfort food from local ingredients. The Chicken Sandwich served here was a play on their menu staple, this time incorporating a bacon fat hot sauce and bacon powder breading. Executive Chef Kevin Grossi put a face to his food by attending the festival in order to inform connoisseurs about his unique ingredients. Both variations (sauce and powder) proved to be excellent.

Little Man Ice Cream: After consuming an excessive amount of pork product, I tapered off with some quality dessert. The Mexican Chocolate Ice Cream from Little Man was just that. Paired with City Star’s Maple Brown Ale the two became greater than the sum of their parts. Akin to a root beer float, shrouded in spice and smoke — this combination was the perfect way to conclude my excessive venture.

Renegade: Glasses of Renegade’s Smolder filled an enormous table which greeted each event goers upon entering the building. Produced in partnership with Jim N’ Nicks BBQ the delicious German style rauchbier was a perfect welcoming libation. The smoked malt prepared the pallet for the overwhelming array of bacon-themed dishes to come.

Great Divide: The burliest of the bunch came courtesy of Great Divide — unsurprisingly so. Barrel Aged Old Ruffian takes their already robust barleywine, ages it in barrels from Jack Daniels, Jim Beam, Heavenly Hill and Templeton and then blends the devious mix together for a drink that is colossal but exceedingly drinkable. I met several event goers who openly admitted to returning for seconds of this bold brew

Call to Arms: Last year’s winner returned this year with two excellent beers. The Demise of Violet Beauregarde blueberry Saison was the pancake to my bacon and beer breakfast. Their Oat Soda dry-hopped pale ale was a thoughtfully crafted draught. I enjoyed the “no frills” take on the pale ale — perfecting the fundamentals made Call to Arms as excellent this year as it was the last.

Ol’ Major: The line for the Bacon Flavored Bourbon was the only one in the building that actually required some patience. It was also the only liquor served on the premises. The San Francisco-based distillery Ol’ Major was the only out-of-towner invited to the party — on the strength of their sheer originality. Serving both Bourbon and Scotch, they topped each beverage with a bacon salt. The bartender took time to point out that the salt was both vegan and gluten free.

City Star: The Maple Brown Ale proved to be one of my personal favorites. A smokey flavor is robust followed by a maple that is present but without being overbearingly sweet or syrupy like some of the other beers that had strived for a similar effect. Even without the addition of Little Man’s Mexican Chocolate Ice Cream, this beer was not only one of the most delicious, but certainly one of the most theme-suited beverages of the bunch.

At the end of the event, which wrapped around 5:30 p.m., the winners or “Beast in Show” were announced. For the breweries, RiNo’s own Ratio Beerworks won with their entries of Darklands Hoppy Brown Lager and Dear You French Saison whereas Max’s Wine Dive brought it home for the restaurants with braised belly bites with apple bacon jam. Max’s Wine Dive will donate their winnings to Project Angel Heart whereas Ratio still has yet to decide. What we know for sure is Bacon and Beer delivered on both their promises with no shortages of the former or the latter.  With that in mind, the true winners of this event were undoubtedly the attendees. Don’t miss it next year. 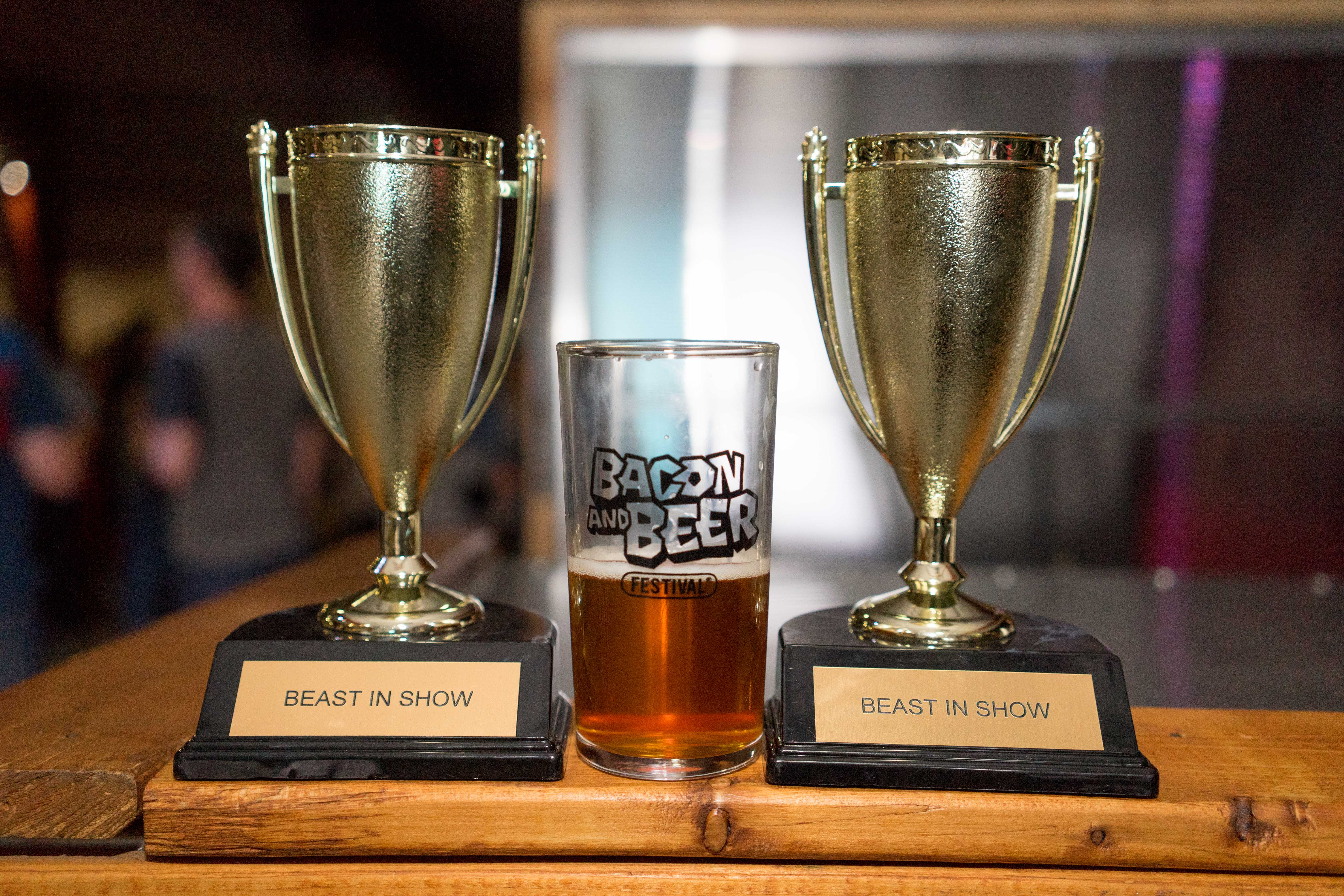