When I first heard about the semiannual Whiskey Throwdown and Doughnut Showdown, I was both excited and nervous. While it’s a universal fact that doughnuts and alcohol are incredible and life-changing, picturing them together — especially during the daylight hours — felt odd. 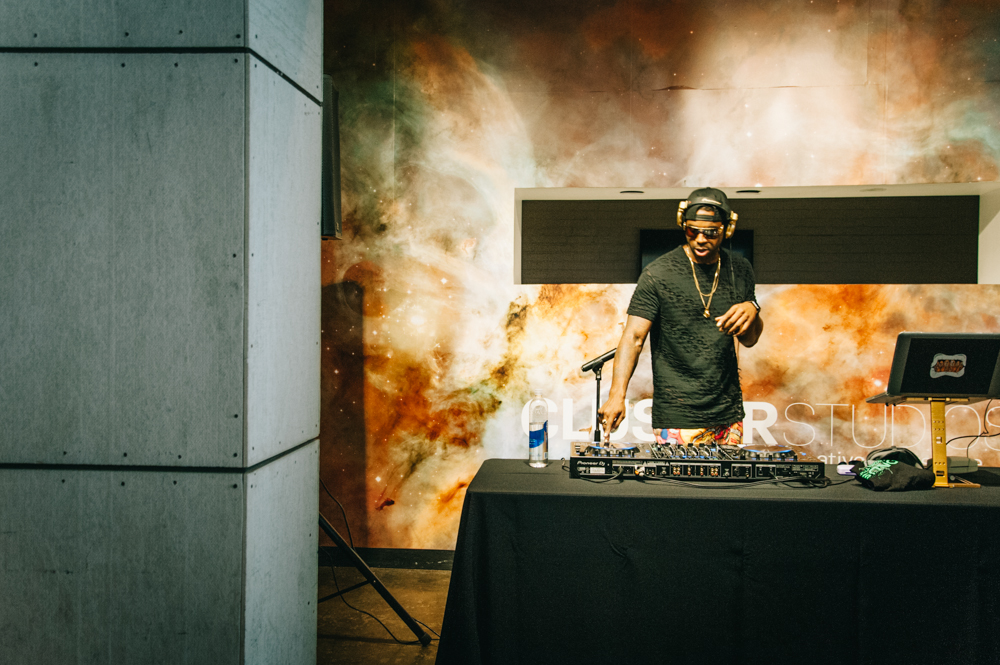 However, my uneasiness was quickly quelled. The event, held at Cluster Studios, was lively and entertaining, with a DJ, artists live painting, giant donut props for photos and, of course, doughnuts and whiskey as far as the eye could see.

The studio was filled with three doughnut stations and upwards of six booze stations, which included everything from beer floats to genuine Scotch whiskey. 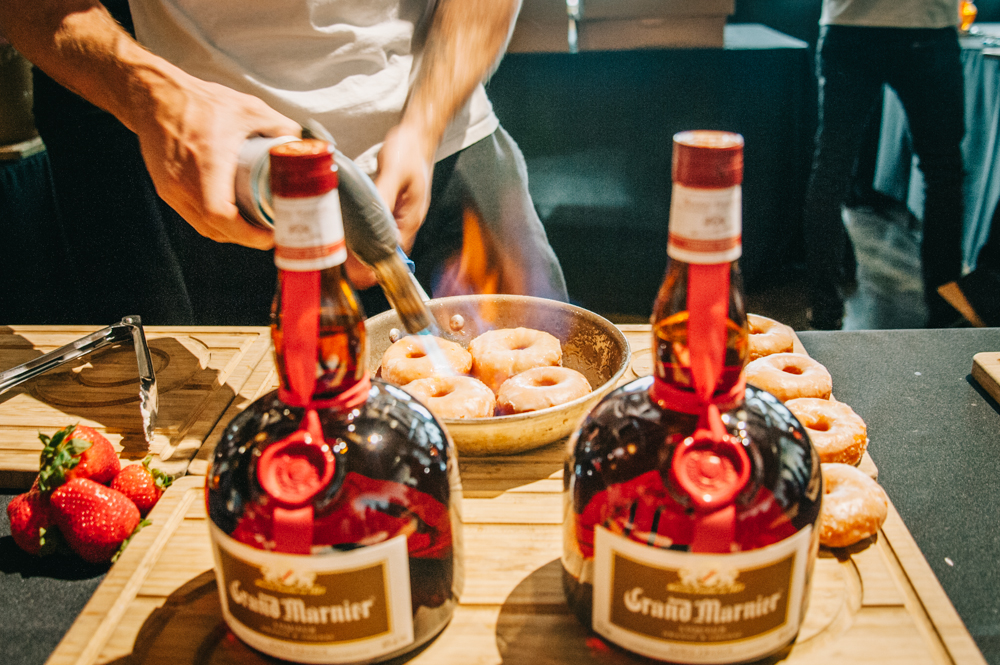 My first stop was to Habit Doughnut Dispensary, an obvious choice for any Colorado native. The eatery brands itself very similarly to an actual dispensary — and the doughnuts were definitely fit for the munchies.

On display, Habit had raspberry glazed donuts coated with crumbled raspberry streusel and white chocolate drizzle, topped with blueberries. And as if that wasn’t enough to lure you in, there was a chef on site creating options like whiskey glazed doughnuts and french toast donuts. 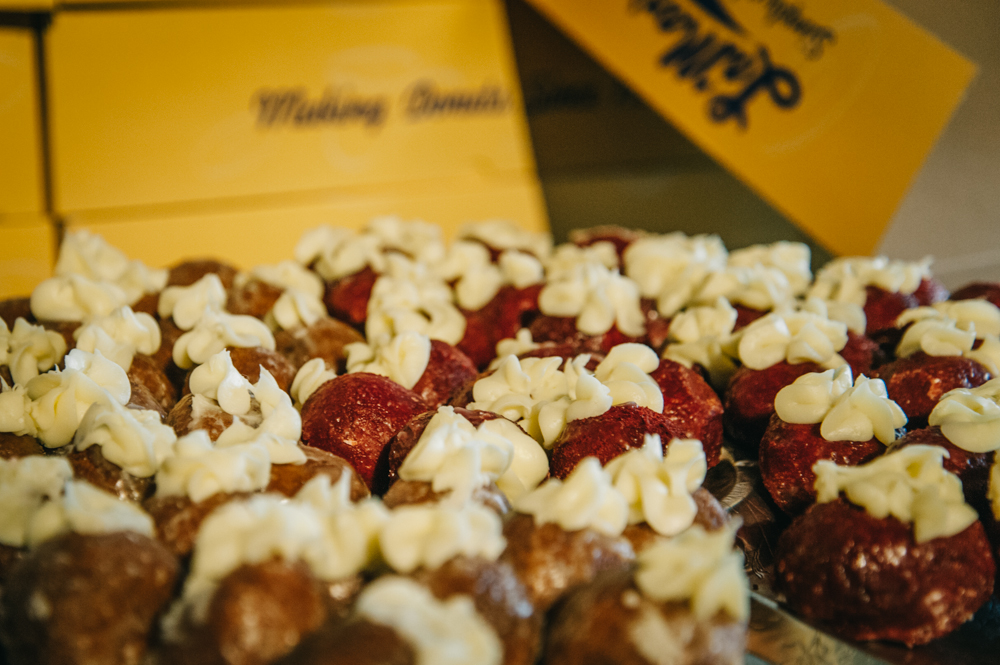 My next move was over to the LaMar’s Donuts station, where there were enough doughnut holes on display to keep you set for life. They had assorted flavors such as pumpkin spice, red velvet, blueberry and chocolate. The pumpkin spice was the highlight, topped with a dollop of cream cheese icing for just the right amount of spice and sweetness.

The final doughnut shop was Fractured Prune, a franchise located in Maryland that is slowly branching out in Colorado. They highlight was moist vanilla cake doughnuts topped with flavors like sprinkles and marshmallows, crushed Oreos, and cinnamon with honey.

Once my stomach was prepped with the proper dough-y padding, I was ready to try some of the booze. There were lots of local distilleries on hand, each with their own special flair. 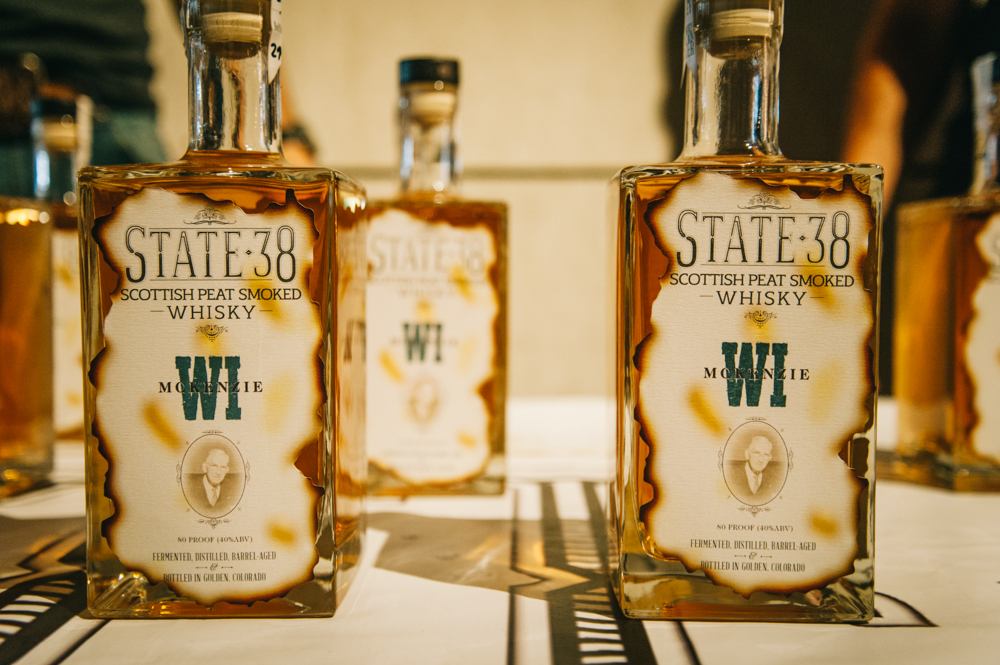 One that stood out to me was State-38 Distilling. Their Scottish Peat Smoked Whisky uses grains originally sourced from Scotland with real Scottish peat smoke malted barley, making it as close to real Scotch as you can get from a Colorado distillery. The taste has an oak nose with a nice, smooth chocolate finish to it.

Another favorite was the Deerhammer Distilling Company’s American Single Malt Whiskey. It has a really bold flavor with notes of coffee and spices, which turns out to pair very well with chocolate. In fact, the whiskey pairs so well with chocolate that the company is pairing up with Dead Dog Chocolate to create a chocolate with their whiskey. But, pairing with doughnuts worked pretty well too. 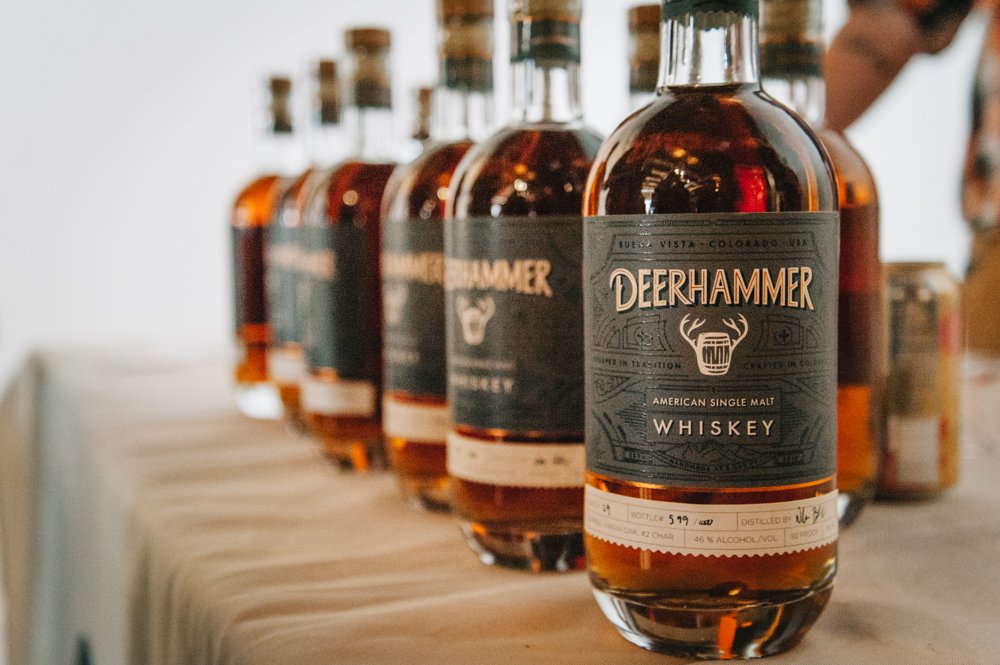 One of my favorite parts — despite all the food, booze and fun — was the table set up for Minds Matter, a nonprofit focused on getting deserving low-income high school students to college. The program pairs students with mentors that help them to achieve great things academically, including full-ride scholarships to Ivy League universities across the nation.

It was really refreshing to go to a fun event that can also be rewarding, as a portion of the profits for Whiskey Throwdown and Doughnut Showdown went to support this great cause. The entire event left me satisfied, both metaphorically and literally. 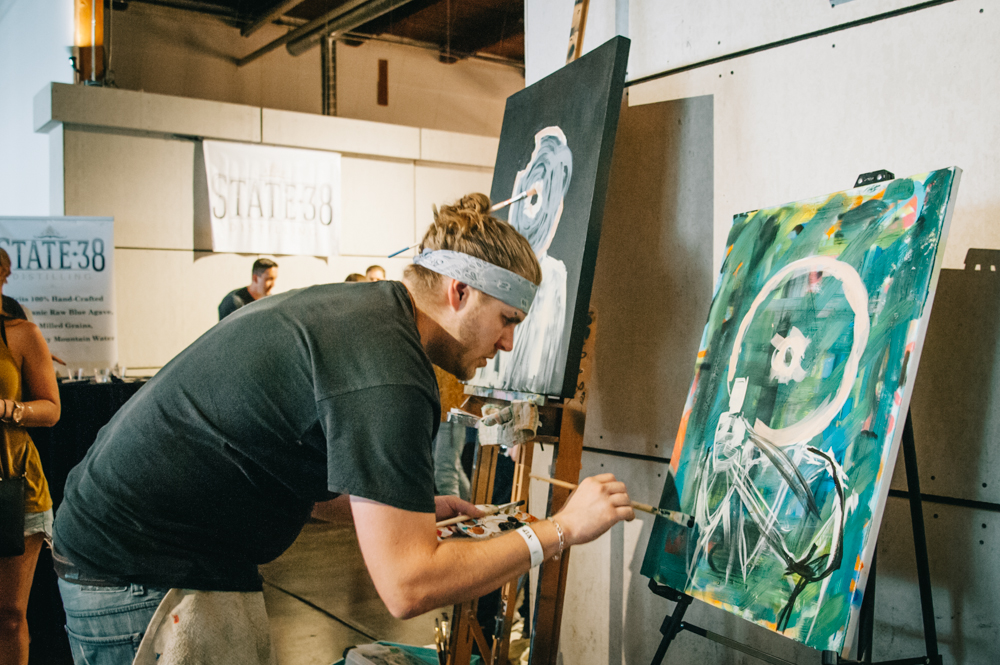 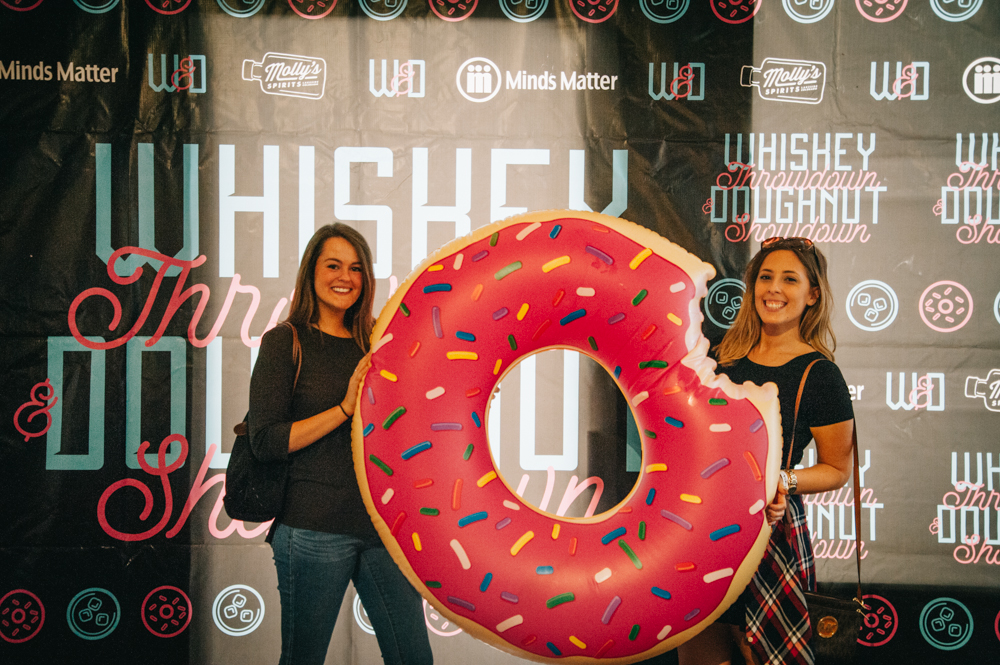 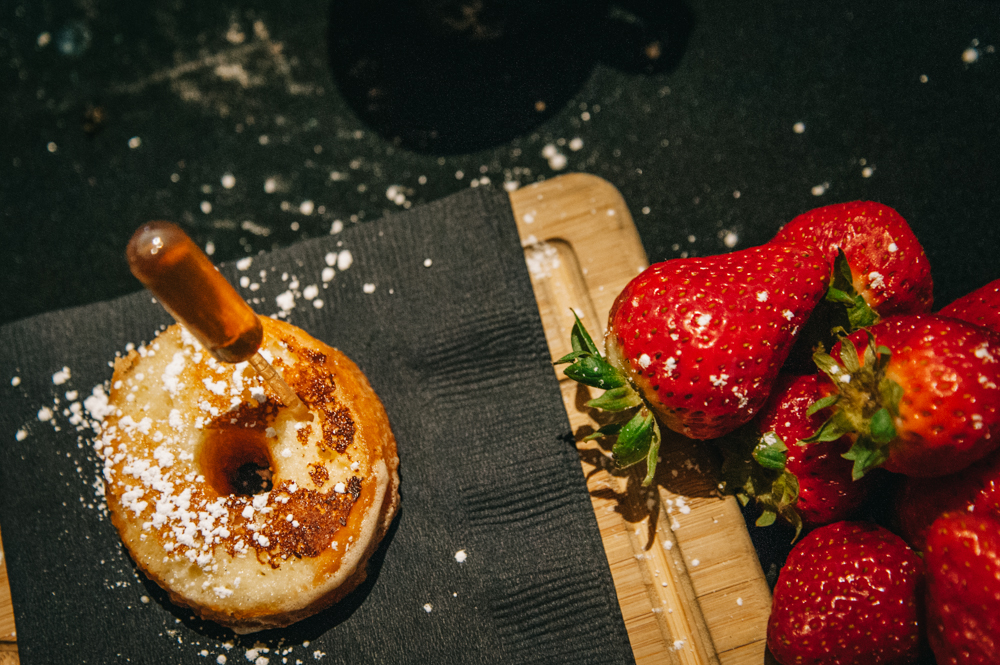 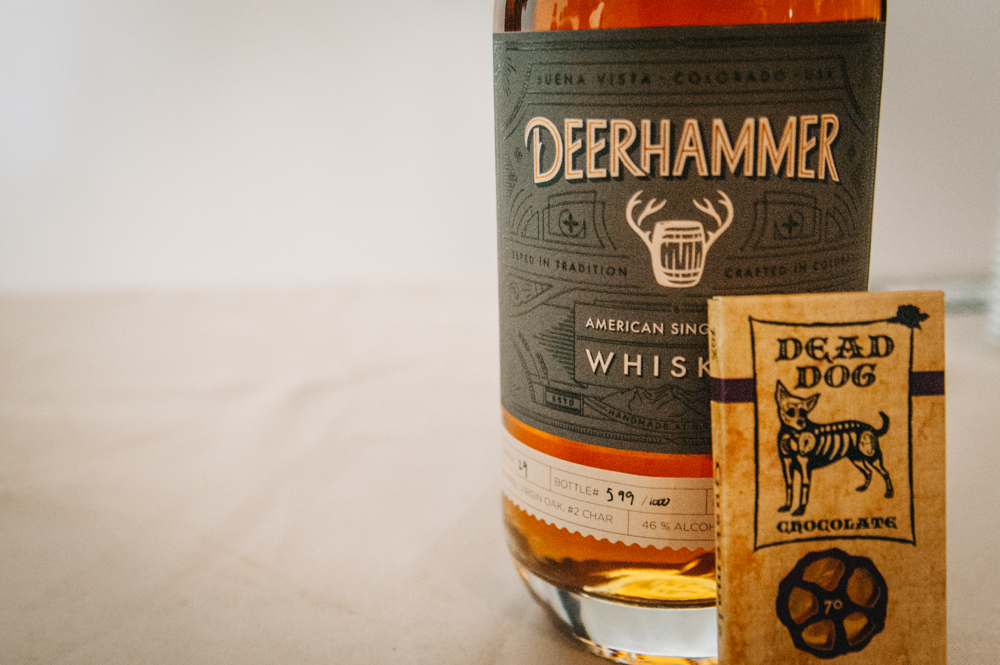