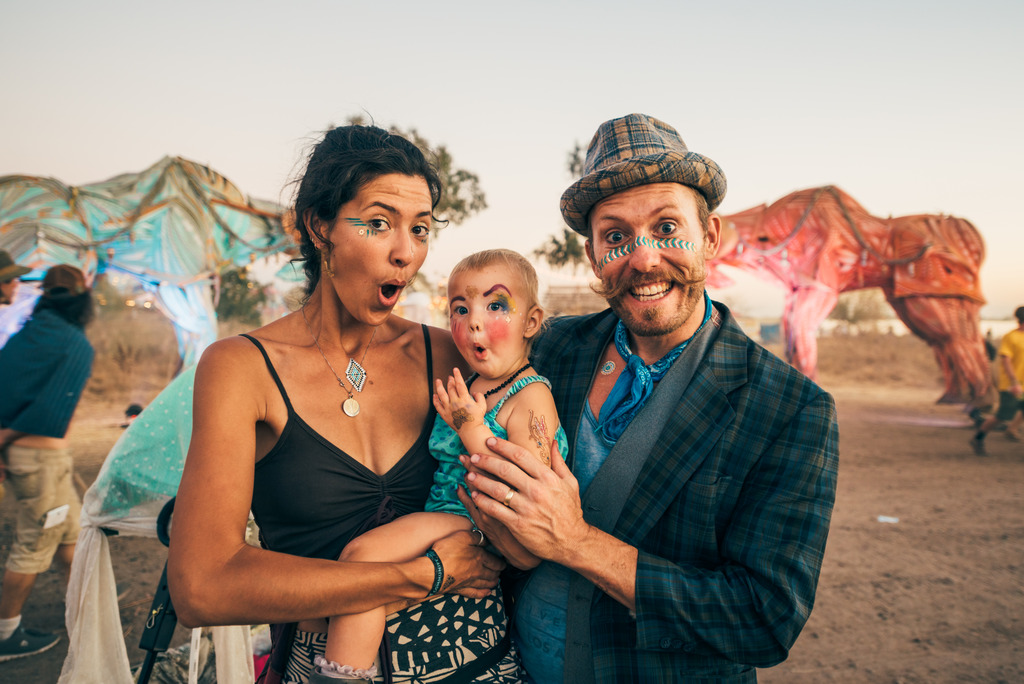 Rarely has the timing of my arrival been more impeccable than it was on Saturday afternoon. At the precise moment I strolled in fashionably tardy, uninhibited leotard enthusiast Sarah Llewelyn was scanning the assembled group with a purple spandex bodysuit in her outstretched hands. “Put this on,” she insisted, smiling mischievously. Apparently, Colorado native and lovable weirdo Anthony Greenz was originally slated to don the skintight onesie. When Greenz was a no-show, the dubious honor was spontaneously bestowed upon yours truly. Greenz’s shoes aren’t easy to fill, but I couldn’t have been more thrilled to fill them. What followed was quite possibly one of the most sidesplitting workouts I’ve ever participated in. We lunged. We squatted. We channeled our animal spirits. We basked in the divine aroma of our neighbor’s armpits (at the insistence of a guru spoofer calling himself Pali Kamal). And I got to lead the entire student body in a Simon Says-style jaunt to the tune of Eiffel 65’s “Blue (Da Ba Dee).” Yes, I was engulfed in purple spandex. What can I say? I was having a color identity crisis. Llewellyn got so emotional she was crying from her underboob. I laughed until my abs were sore. Then I laughed some more.

Kyrian Okane is a creativity ninja. The Fungineers-founding instigator is a master of beatboxing, puppetry, freestyle rapping, audio collage and photography, among other things. He’s directed music videos for Beats Antique and up-and-comer Lafa Taylor, and beatboxed at Red Rocks with Bassnectar. Okane’s kids show for adults, The Fungineers, is a staple at some of the best music festivals on the continent including Electric Forest, Lightning in a Bottle, Shambhala and newcomer Vertex. I’d gotten wind of Okane’s motorboat beatbox shenanigans at Electric Forest a few years ago, and was tickled pink to finally stumble upon the beatbox virtuoso going to town in the abundant cleavage of a giddy audience volunteer’s impressive breasts.

If Captain Planet and the Planeteers were building Hollywood-caliber movie sets for music festivals, it might resemble The Imagine Nation’s operation. The Imagine Nation is a collective of artists, builders and performers that regularly transforms trash into treasure, utilizing upcycled materials (whenever possible) to erect immersive environments for the amusement and entertainment of festival guests. If The Imagine Nation builds it, you will come. Symbiosis enlisted The Imagine Nation to assemble and populate this year’s popular University installation. After being greeted by a sexy desk clerk and guided by a flow chart-conceiving admissions counselor, students faced off in occasionally pornographic Pictionary battles before getting appropriately hazed at a “fratority” party.

Symbiosis isn’t happening in 2017, but only because its organizers are orchestrating a convergence of festival tribes for the total solar eclipse in August — eyeball the above teaser for a sneak peek at Oregon Eclipse 2017.