At the turn of the millennium, Ja Rule and Ashanti took the hip-hop and R&B worlds by storm.  Folks young and old, my pre-pubescent self included, fell in love with the dynamic duo’s fast-talking raps and soulful anthems.  The pair enjoyed their short but sweet few years in fame before falling out of circulation, and relatively out of the music game.  However, their solo songs and collaborations alike became remembered as the soundtracks of our adolescent and young adult years, which is something we’ve held onto for all these years.

Fast-forward over a decade, and the infamous Ja Rule and Ashanti have been gradually touring the country.  Months have gone by of watching snapchats from out-of-state friends seeing these semi-legends, and reminiscing on the good ol’ days.  Well, last night was Denver’s turn for this walk down memory lane, and Ja Rule and Ashanti exceeded all of our expectations.

The concert at the Ogden Theater was announced only days before the tickets went on sale, and within less than a minute each and every available ticket had been snatched up.  Cash rules, of course, and the demand called for two back-to-back shows on what would have been just your average, sleepy Sunday evening.  303 Magazine managed to make it for the first of the two concerts, where we relished in a performance that was as short-but-sweet as the duo’s highlights of their careers had been. 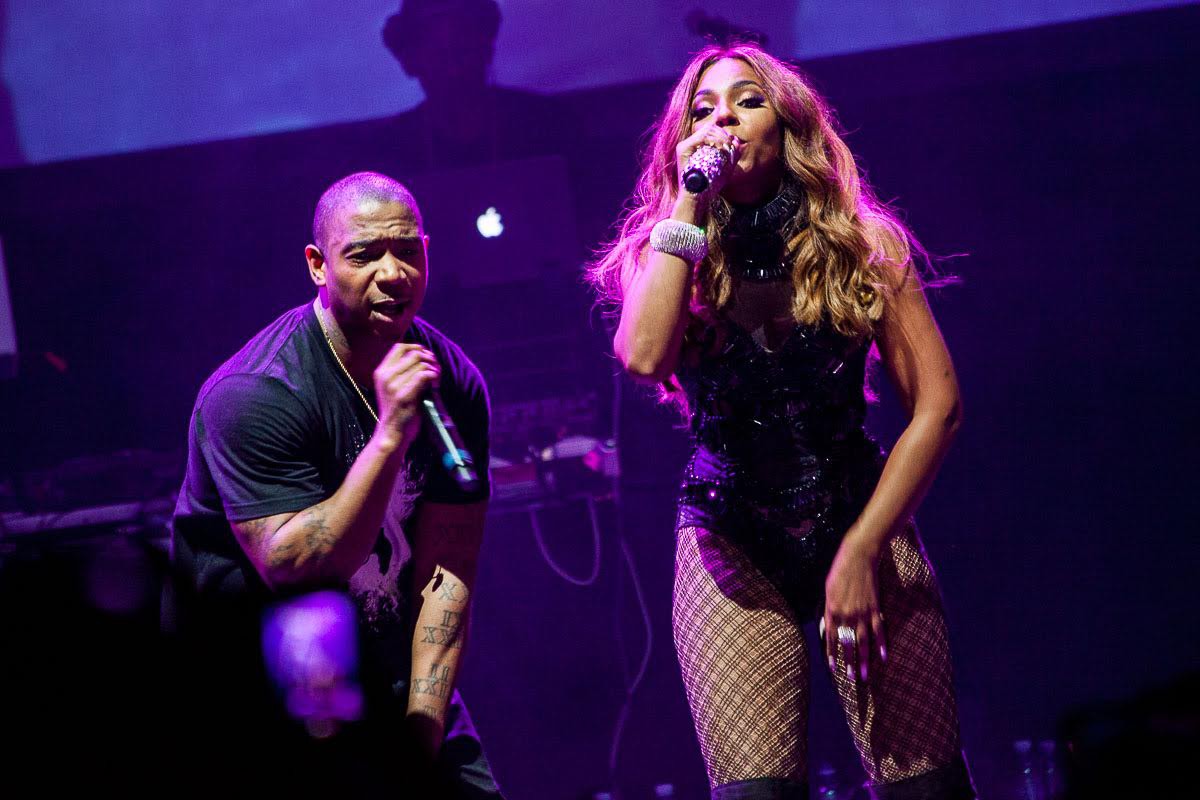 Walking in to the venue last evening around supper time was a trip, a blast-from-the-past as the atmosphere immediately changed from a slow night on Colfax to that of a high school dance.  The nostalgia hit me like the sweet scent of fresh-baked bread as two DJs warmed up the crowd with old-school rap and hip-hop before introducing the evening’s main guests.  Following the inevitable few marijuana jokes from said DJs, Ja Rule and Ashanti entered the stage and made all of our teenage dreams come true.

With quite the impending curfew for this first show, the pair rain through nothin’ but the hits, taking turns onstage performing solo, and eventually closing up the evening with the duets they’re best known for.  The ladies continuously  screamed as Ja Rule quick-talked his way through “Holla Holla,” “Livin’ It Up” and “Put It On Me.”  The shrieking got even shriller as the glorified rap star ripped off his black t-shirt, all while keeping a pair of dark shades over his eyes.

Ashanti, in real life, is just as much the sculpted goddess we’ve known and loved for years.  She reminded the crowd that her first single was released 14 years ago before epic performances of “Only U,” “Happy,” “Rock Wit Me” and “Foolish.”  Backed by two dancers who flawlessly mimicked the diva’s every step, it was made clear that Ashanti still knows how to put on a show.  There were theatrics involved as Ashanti crooned her heart out, with the back-up dancers acting out nearly every lyric to “Rain On Me,” which then transitioned into Ja Rule’s “Rainy Dayz.”

Both Ja Rule and Ashanti have been featured on countless rap and hip-hop singles, and we were treated to snippets from those hit-wonders as well.  Highlighted were Ashanti’s vocals on “What’s Luv?” and Ja Rule’s rhymes on “I’m Real.”  However, the high point of the night was, as expected, the very end of the one hour and twenty minute concert.  Just as the Ogden crew were getting ready for the crowd turn-over, the duo proved to us once more that they simply have not aged, wrapping the evening up with “Mesmerize” and “Always On Time.”