As the sun begins to set well before seven and the evening air begins to chill, an additional commotion arrives to the already bustling stretch of South Federal between Alameda and Evans. Pho season is officially here, and for those few poor souls still unacquainted with Vietnam’s finest culinary export, pho is a rice noodle soup, generally made with beef — though by no means exclusively so — then served in large steaming brothy-bowls. It is accompanied by a plate of limes, jalapeños, basil, dandelion leaf and bean sprouts. Each table’s tray of sriracha, chili-garlic sauce and hoisin complete the picture — these crucial accoutrements allow each diner to craft the meal exactly to their liking.

Though it would seem that pho restaurants are popping up on every corner of the city, the best of the best are to be found on South Federal. All located within two miles of each other, these five locations are the way to survive an impending winter. 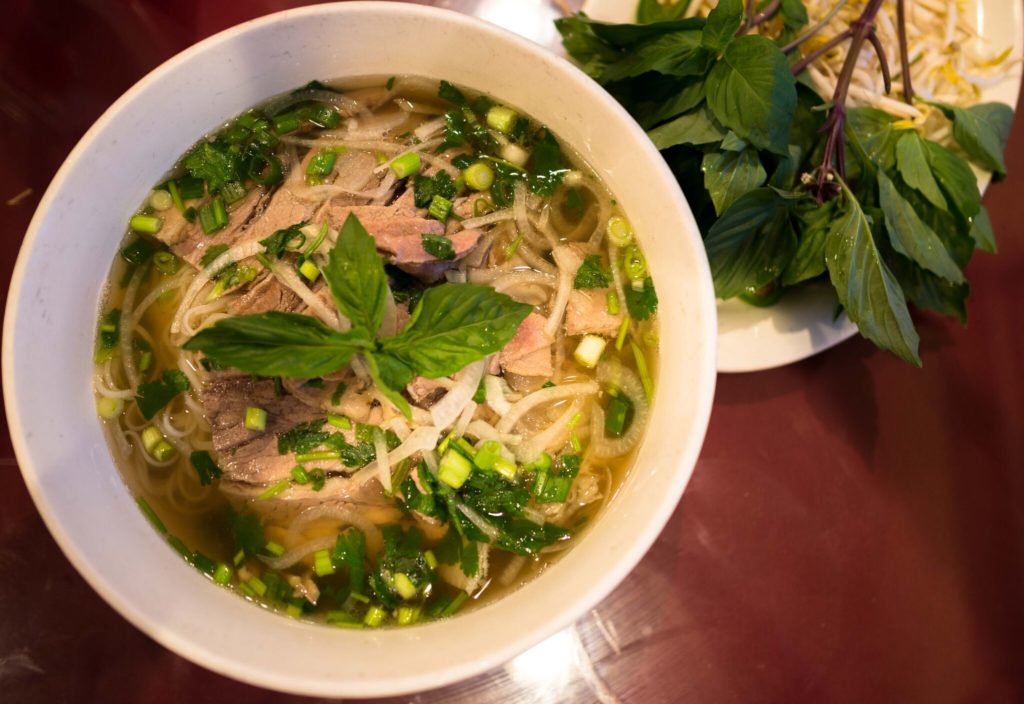 The Tai Gan (S $6.75, M $7.75, L $8.75) is rare steak and tendon. The noodles served here are the list’s most ample, and the plentiful helping of chives and white onion are the brightest and most crunchy. The meat is also doled out generously, making this soup the densest of the bunch. The meal is thick and the broth is the least in your face, while not so subtle that it can’t be enjoyed on its own. If you, like many pho enthusiasts feel confident that the way you embellish your pho is what really makes the dish, this is the spot for you. Pho Duy. 925 South Federal Boulevard, 303-937-1609. 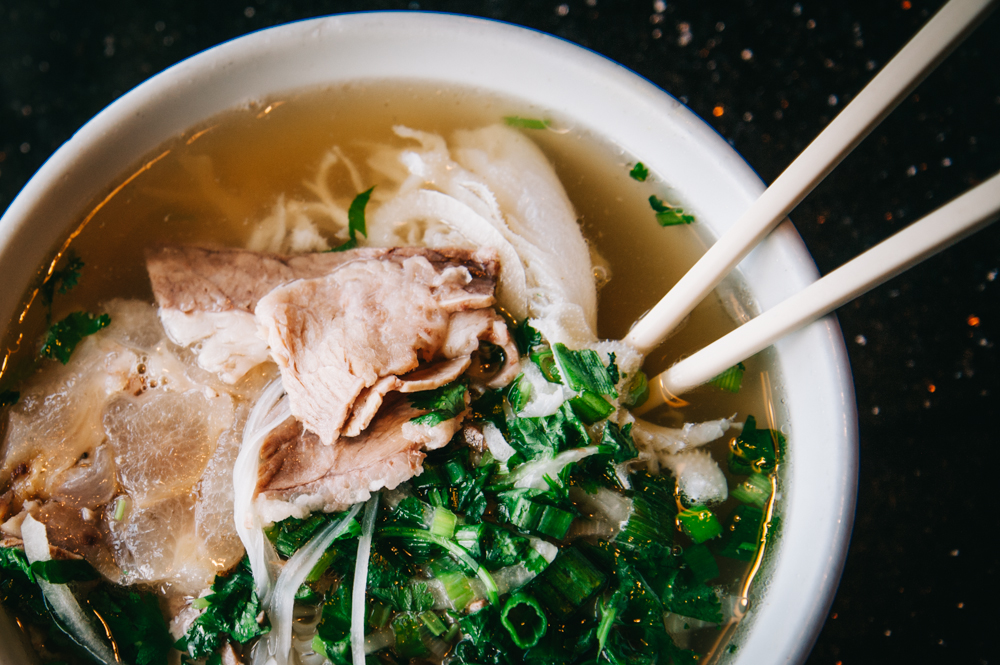 To simplify the ordering process — especially for those new to the scene — all the soups here are listed by number. The #9 (S $6.45, M $7.25, L $7.95) is the same as the Dac Biet which is the best of all worlds. Atop the standard serving of noodles, chives and onions this one is packed with well-done brisket, well-done flank, “fat brisket”, tendon and tripe. Pho 79 also lays claim to the most enjoyable ambiance with large bamboo staffs lining the walls and windows,  jade statues abound and a fountain full of koi greets you at the entrance. If you are comfortable enough to engage in heavy slurping in front of a date, 79 would be the best suited for such a venture. Pho 79. 781 South Federal Boulevard Suite B, 303-922-2930. 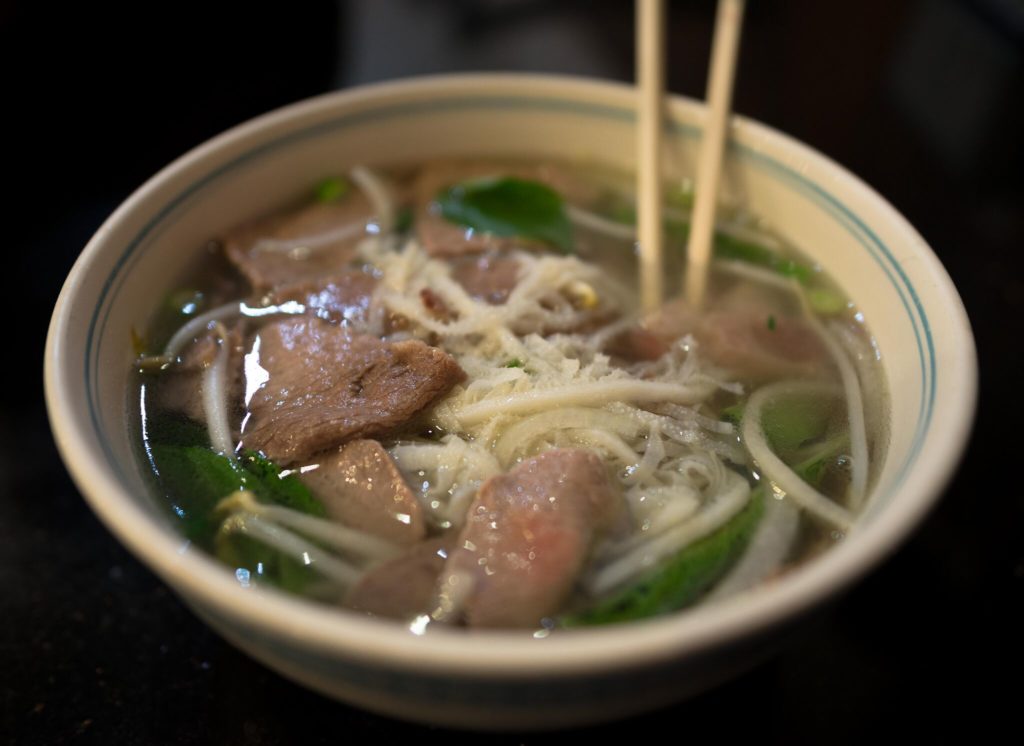 Pho 96 provides a straightforward, no nonsense take on this classic dish. What separates this establishment from the rest is their willingness to address the well-known fact that pho is some of the best food to consume at the end of a long night on the town. Open until 3 a.m. Friday and Saturday, the rather spartan dining area is routinely filled with a jovial and excited crowd right up to the moment they close. The Dac Biet (S $7.50, M $8, L $8.75) is simple and rich but with no frills which isn’t a bad thing. It’s clear that 96 is well versed in tradition making uncomplicated but equally superb soup for when the late night masses need it the most. Pho 96. 2990 West Mississippi Avenue, 303-568-9262. 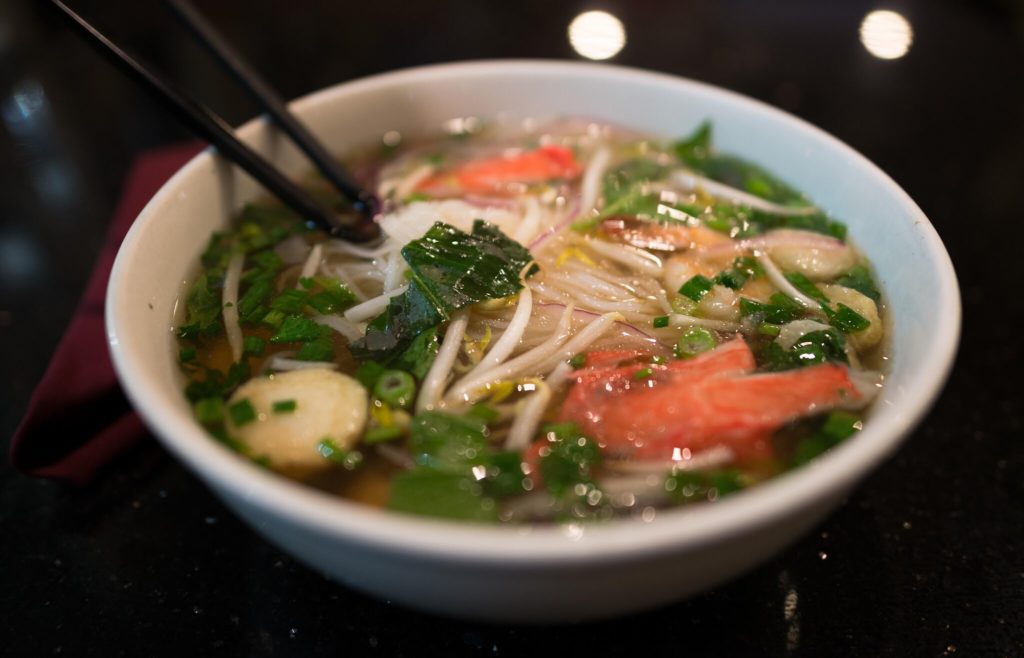 Nestled in the Far East Center on the corner of Federal and Alameda, this hidden gem boasts a larger menu than the rest highlighting an array of dishes from across Vietnam. Despite the variety the attention paid to the pho is not hurt by the kitchen’s expanse. The Pho Do Bien (S $6.99, M $7.99, L $8.99) or seafood pho is a marvelous deviation from its beef counterpart. Topped with squid, shrimp, fish balls, imitation crab and red onion all sitting in a vibrant and rich broth. Despite usually doctoring my meal fairly extensively, I ate the whole bowl unadorned. Their standard beef pho is also excellent, but if you are oversaturated or feeling adventurous the Do Bien is a good way to reinvigorate the palette. Saigon Bowl. 333 South Federal Boulevard #134. 303-935-2427. 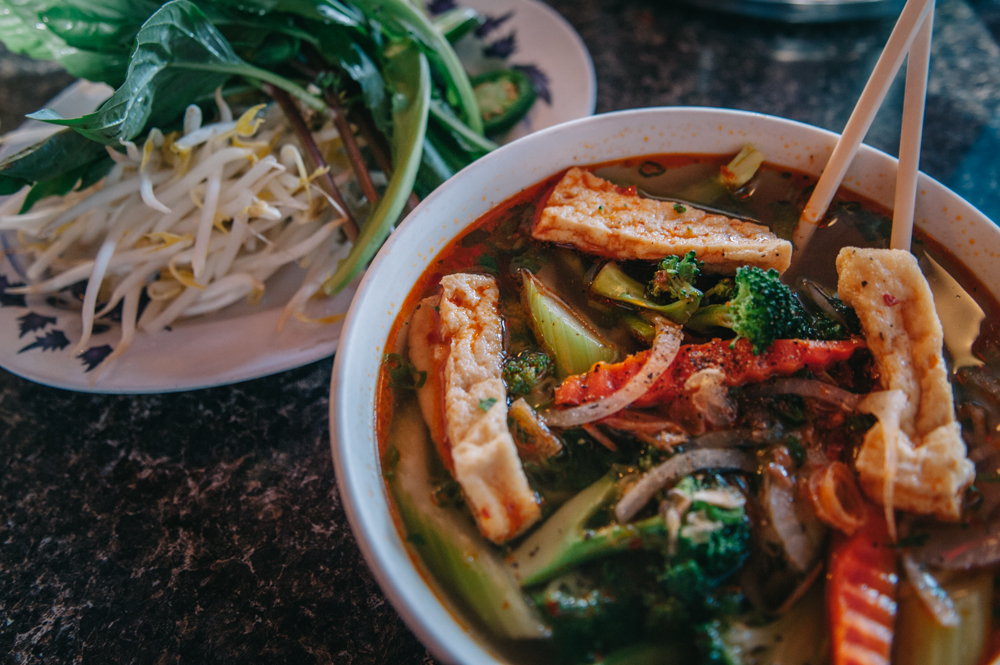 Pho 95 is a personal favorite of mine. It may come as some surprise that the crown jewel of this list is their take on the Pho Chay (S $7.95, M $8.95, L $9.95) or vegetable pho. The noodles are combined with an abundance of broccoli, carrots, celery, snap peas, onions, firm tofu and sautéed garlic with each bite spent thoroughly representing each perfectly cooked vegetable. When ordering you will be offered the choice of either the meat broth or its veggie cohort, always go with the latter. The robust and dynamic flavor of the chay cuts through the noise it is both rich and flavorful but not entirely overpowering. If you’re dedicated to eating meat at each meal add a little brisket, tendon or both ($1.50 each). Pho 95. 1401 South Federal Boulevard, 303-936-3322.