There’s a certain sadness that washes over Red Rocks every fall, the kind of sadness that comes with the sober realization that we are once again at the tail end summer, rounding out another year of life. The change in season serves as a reminder of our position in the grand scheme, the distance we must go to make sense of it and the roads we must travel to find contentment in it. There are few musicians who can approach the struggle of the day-to-day candidly, and even fewer who can articulate that struggle into an affirmation of life itself, but Jason Isbell’s September 14th Red Rocks performance managed to do that and then some.

Country-rock band Lucero opened the show with charming banter and a disarmingly genuine performance. Where many openers subdue their material and performance in anticipation of the headliner, Lucero must have missed the memo as they cranked out an abbreviated set of earnest songs of longing and heartache. Ending on the nostalgic highlight “My Girl & Me in ‘93,” Lucero took the first emotional shot, of which Isbell would later drill home. 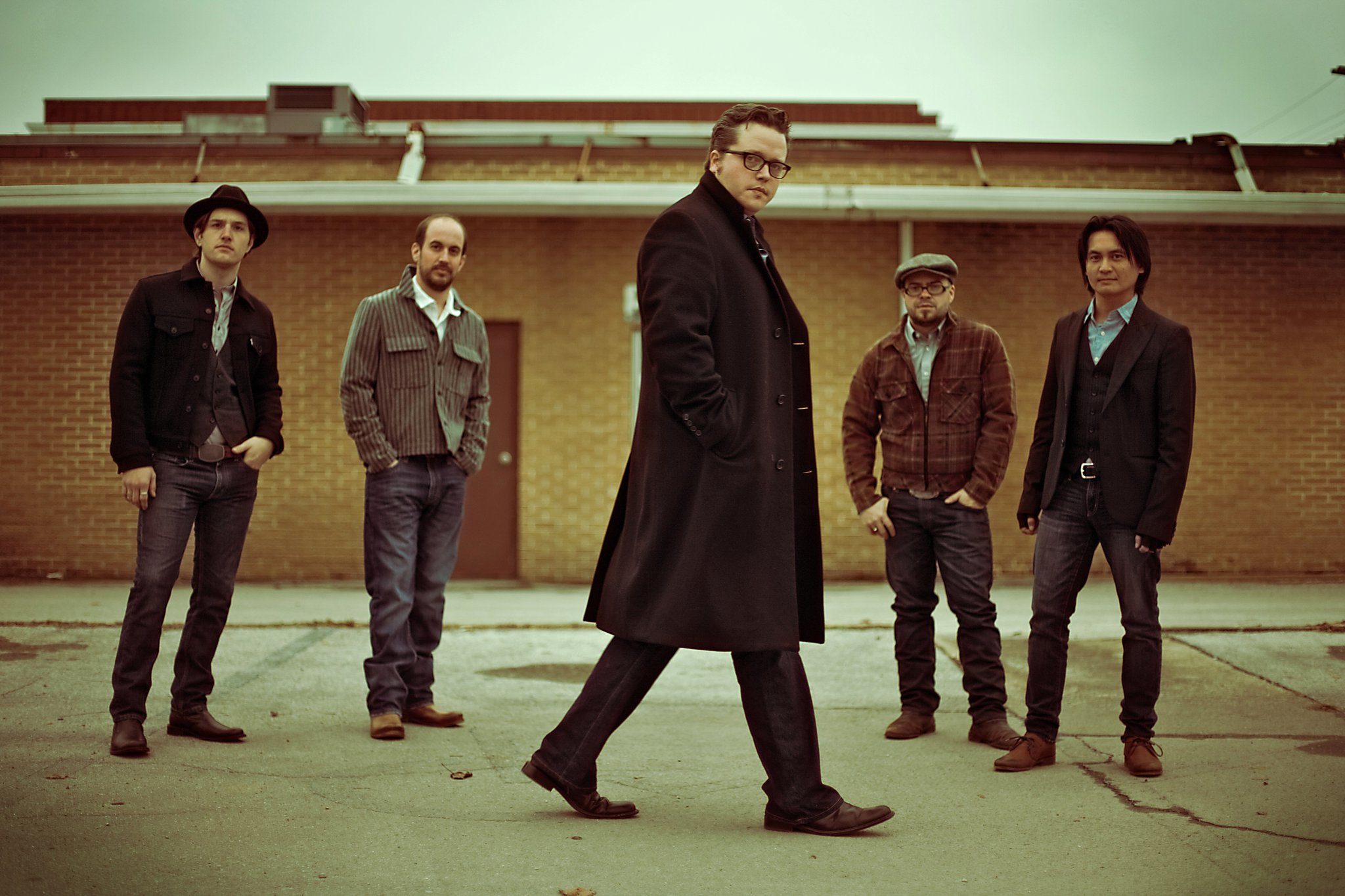 “From the sky we look so organized and brave,” sang Isbell as he took the stage beneath three illuminated stain glass windows wobbling in the slight breeze that descended upon the audience. Looking less like a preacher in a pulpit, and more a born again believer, Isbell opened the show with the tale of uncertainty in “Flying Over Water,” begging the question “Would we leave our love behind?” at each turn of the chorus. From there, Isbell led the audience through love and loss in “Go It Alone” and the appreciation of working toward the American dream in “Something More Than Free.” With each successive song, Isbell’s songwriting cut through the rocks to the core of each person standing in attendance. 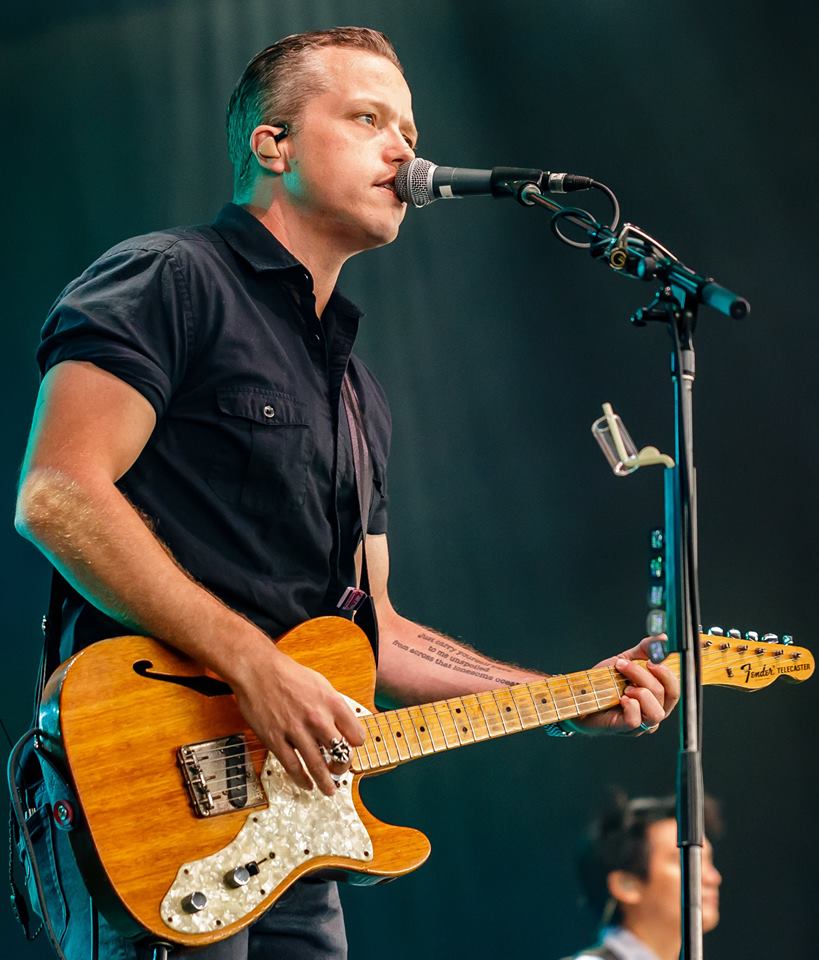 “We’re having fun singing the saddest songs ever written,” proclaimed Isbell to a sea of cheers at the conclusion of “Alabama Pines” midway through the show. His words dissuading those looking for a sense of temporary escape in the evening, instead opting for the truth as it were, confiding in the audience all the honest songs he sang. No moment was more evident of this than when he launched into the devastatingly honest “Cover Me Up.” After dedicating the song to his wife, the crowd quieted to a point where you could hear the breeze rustling through jackets and every single word Jason sang ricocheted off the rocks and echoed into the night. The track, written shortly after Isbell found sobriety after years of boozing and a stint in rehab, is at its best a testimony of doing right by the one you love, and at its worst a painful glimpse of when we fall short. 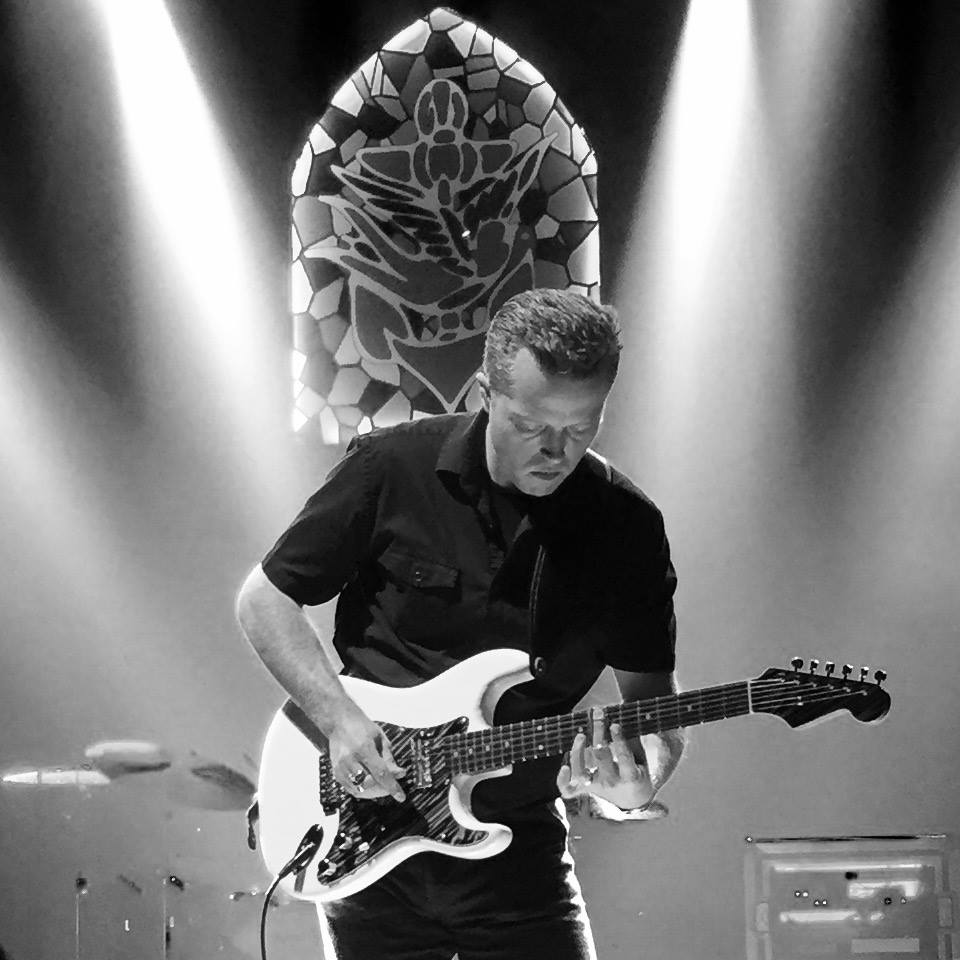 After closing with “Never Gonna Change” (a particularly rousing song he wrote during his tenure with Drive By Truckers) and the thunderous applause that followed, Isbell returned with perhaps the bleakest moment of the night. He began with “Elephant,” a song about a lover he cared for and lost to cancer, followed by “Stockholm,” an ode to love long distance, and ending on “Children of Children,” in which he looks back on how it all began, as a child of a young mother, lamenting on “all they years he took from her, just by being born,” all the while trying to break the cycle in his own life.

The guitar solo wailing amidst the strings of that final song made for a bittersweet ending. I couldn’t help but imagine how each song painted vignettes of various people in specific points of time, many of whom I felt I caught brief glimpses of in the crowd from time to time. Sad as many songs tended to be, the atmosphere at Red Rocks was anything but. Through the many blue-collar tales there was a sense of pride and appreciation for where we all came from in order to join Isbell on his stop in Red Rocks. Despite Colorado’s continued shifting from its blue collar past, the struggle of life hasn’t changed. As made very clear in Isbell’s performance, life is hard, but its easy knowing we are in this mess together.

You can still catch Jason Isbell this Friday, September 16, as he is also set to play alongside Gary Clark Jr, Shakey Graves and Joe Walsh.