When Wild Standard opened last year in Boulder, it was a concept unlike any others we had seen. The sustainable seafood restaurant was dishing out meals in the style of Chinese dim sum, where carts would approach each table and guests could pick and choose the bites for the table. While the concept looked good on paper, it didn’t quite find its stride in practice. Just under a year after it opened, chef-owner Bradford Heap decided it was time to approach Wild Standard from a different angle. 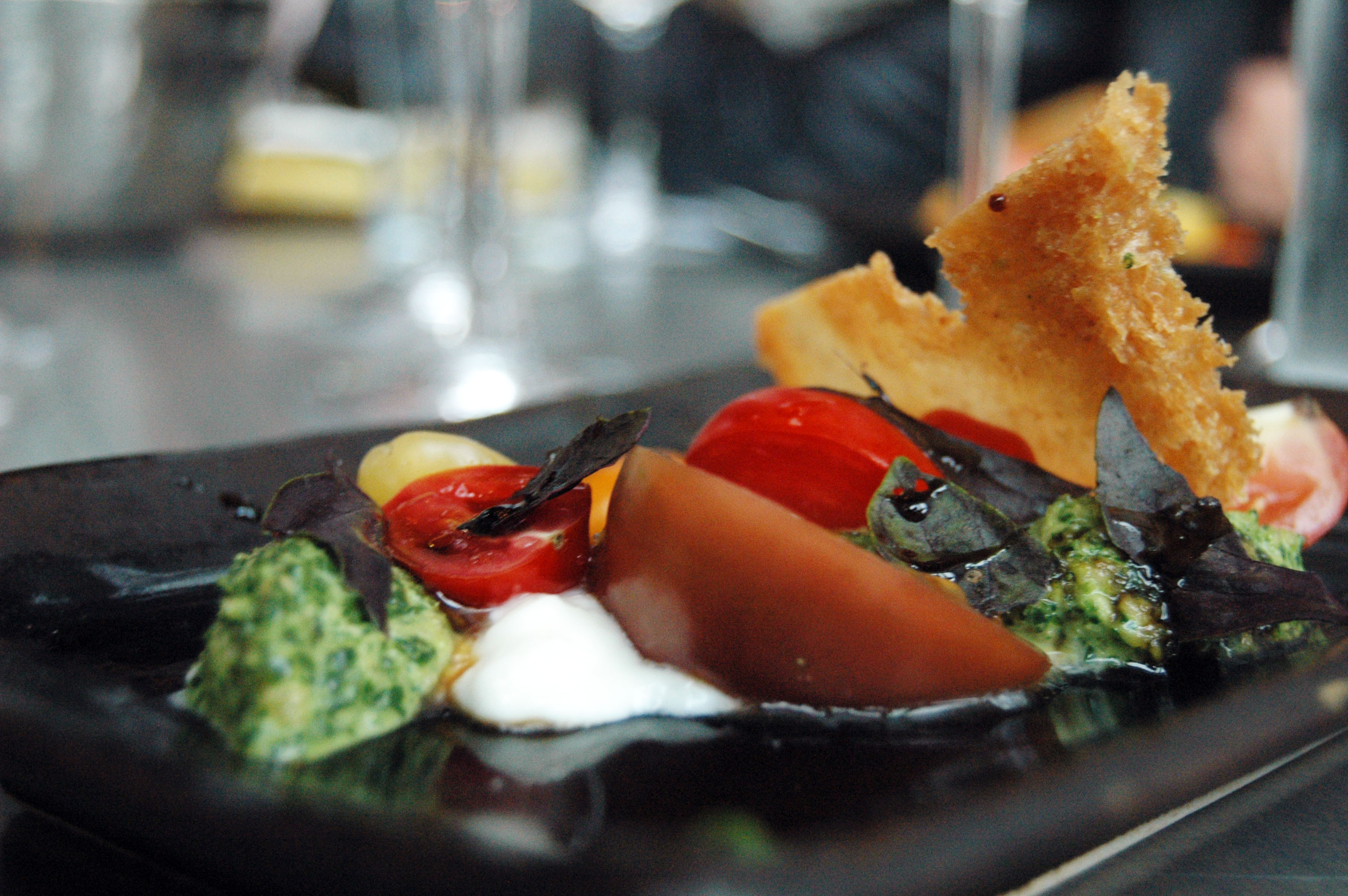 The new style at Wild Standard leaves the dim sum carts behind and goes back to a traditional style of starters, small plates and entrees. However, the raw bar stays the same, stocked with responsibly sourced oysters and shellfish. Land and sea are both represented on the new menu with selections including pan-seared scallops with summer succotash or a sumac-rubbed 7X sirloin with squash, haricot verts and tempura squash blossoms. Locally sourced produce is found in every dish on the menu and even takes center stage in the Toohey Farms heirloom tomato salad with torn basil and fresh mozzarella highlighted by an herbaceous pesto. The menu may change throughout the year, but the high quality of Wild Standard’s cuisine is unwavering. 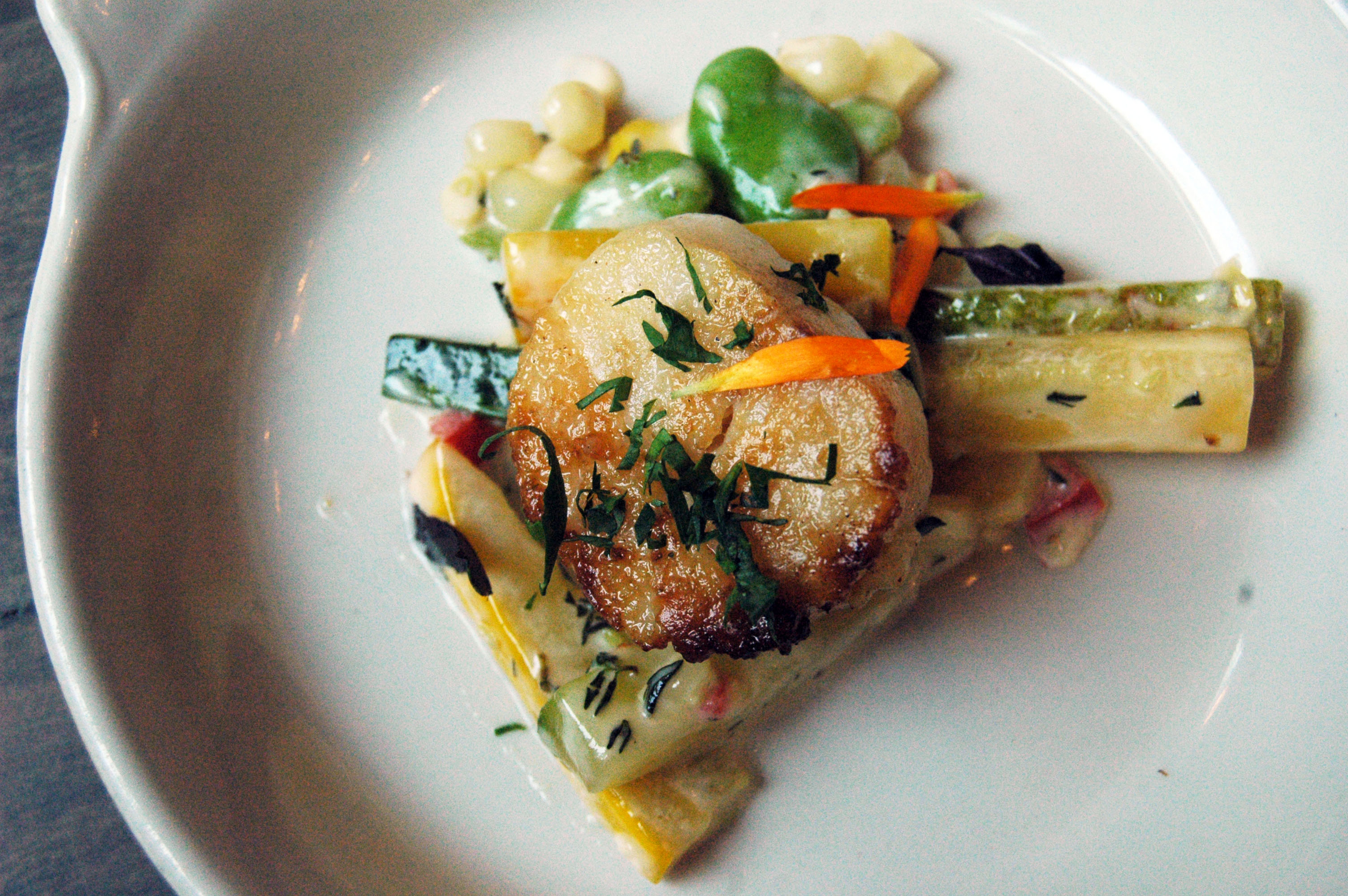 Though Heap may be the man behind Wild Standard, chef Derek Baril led the way to the dishes you’ll find at the Pearl Street seafood spot. Together, Heap and Baril serve guests a passionate philosophy of sustainability and responsibility with each piece of precision cookery that hits leaves the kitchen. 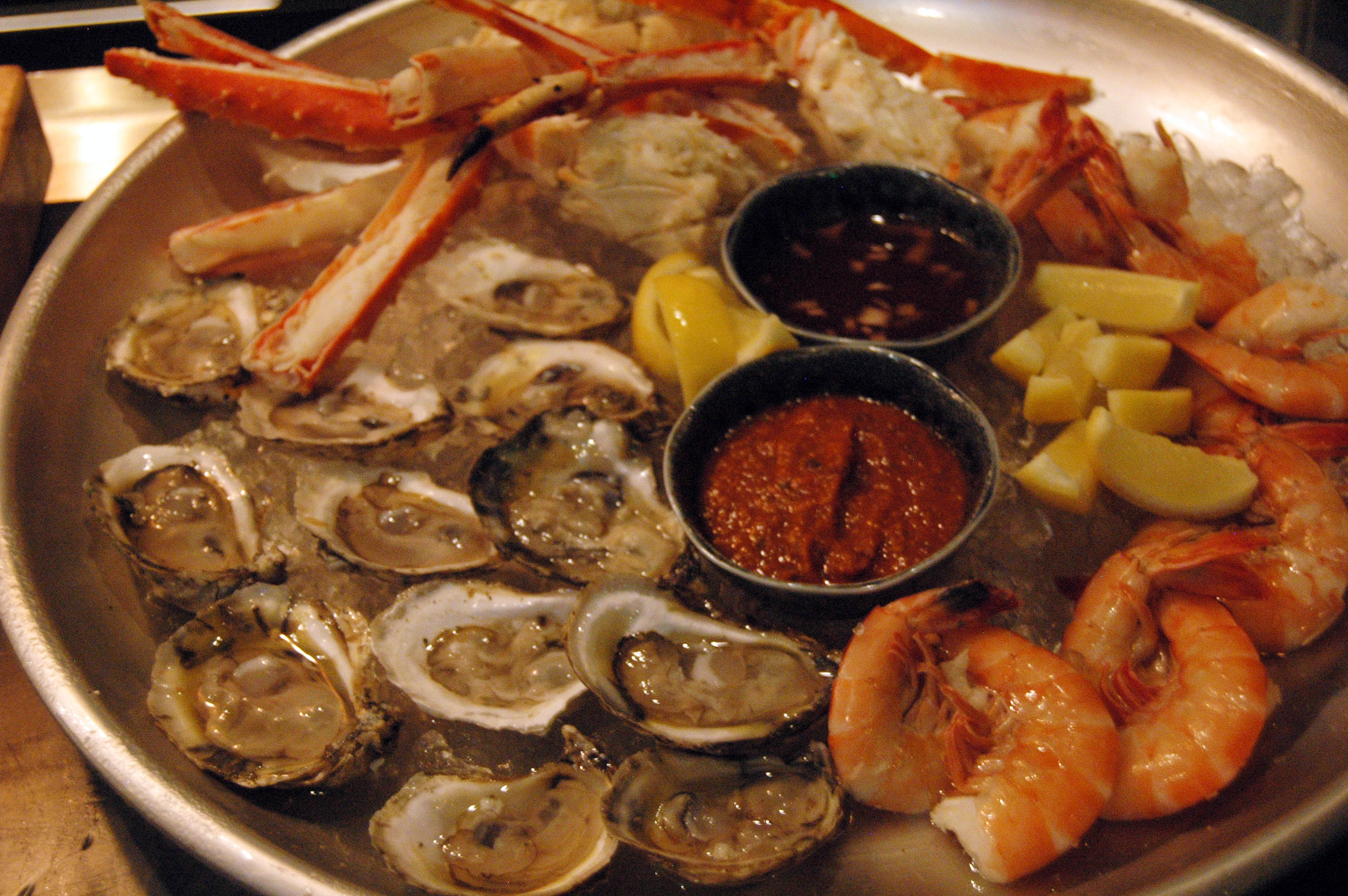 Selections from the raw bar. 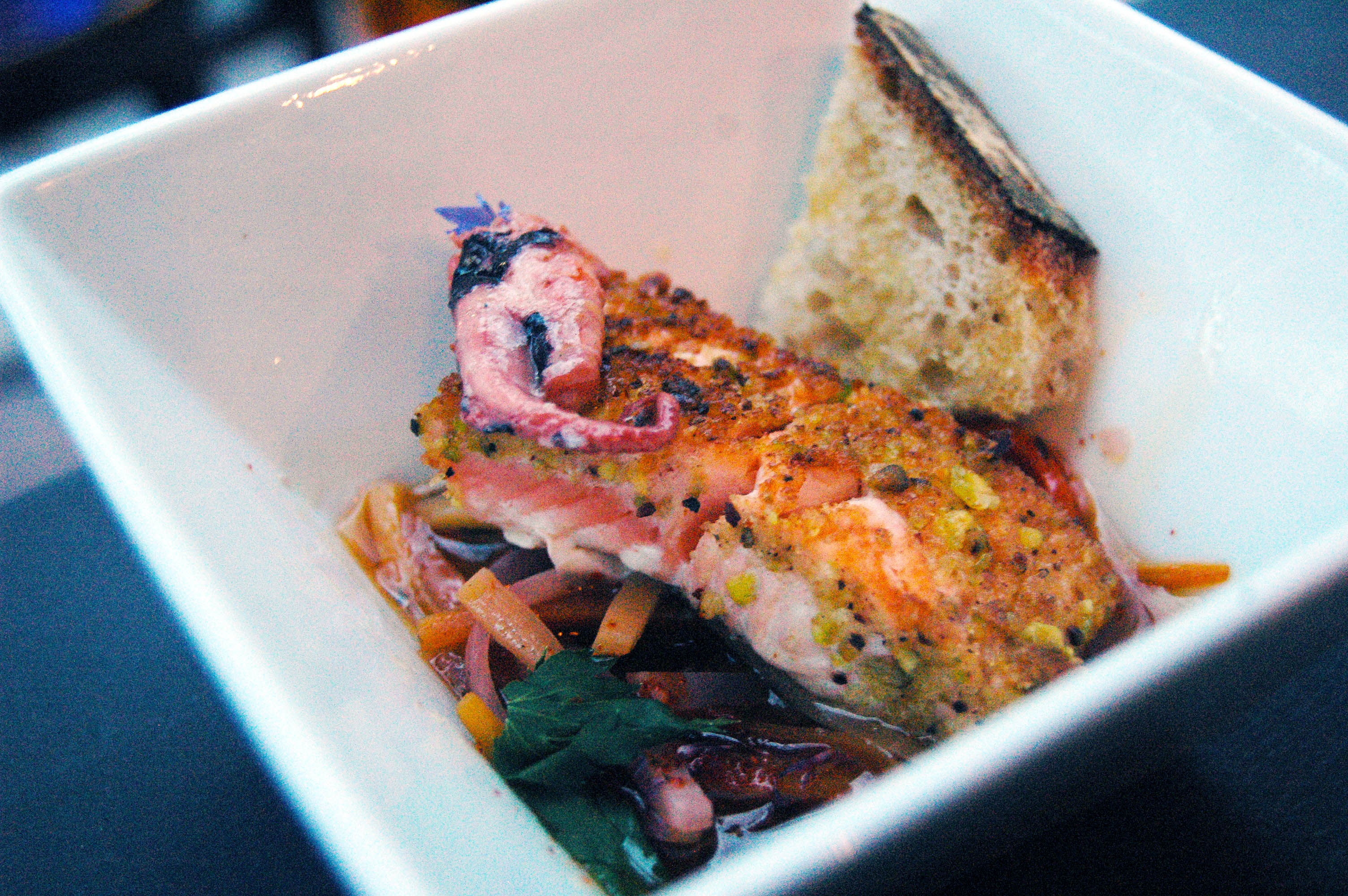 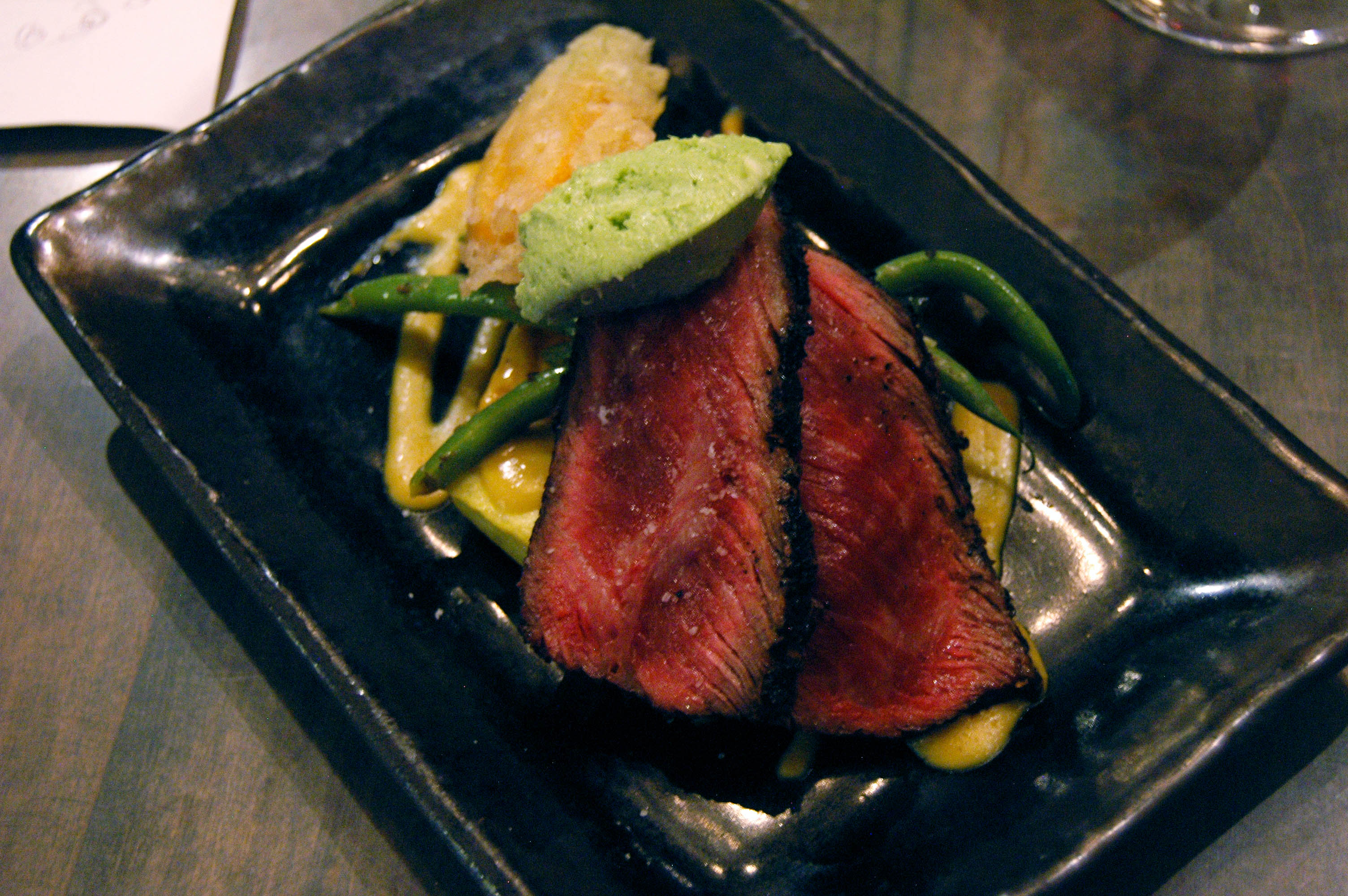