Jimmy D. Lane returns to Denver for Blues By The Pool This Sunday

Kick back by the pool this weekend and let the legendary sounds of Jimmy D. Lane fill your ears. 303 Magazine, The Riviera at The Breakers Resort and The Colorado Blues Society have teamed up to bring you this memorable evening of blues on Sunday, July 24 at 6 p.m. Jimmy D. Lane has performed with many international musicians including Eric Clapton, Mick Jagger, B.B. King and more making him quite the notable artist. Playing alongside Lane this Sunday is Zakk DeBono. We recently had the chance to sit down with DeBono and discuss the upcoming show, his new album and all things music.

“It’s all about the passion of blues. I want to be the next Hendrix/Trower out of Denver but I want to be my own. I don’t want to copy anyone, I want to have my own psychedelic sound. ” 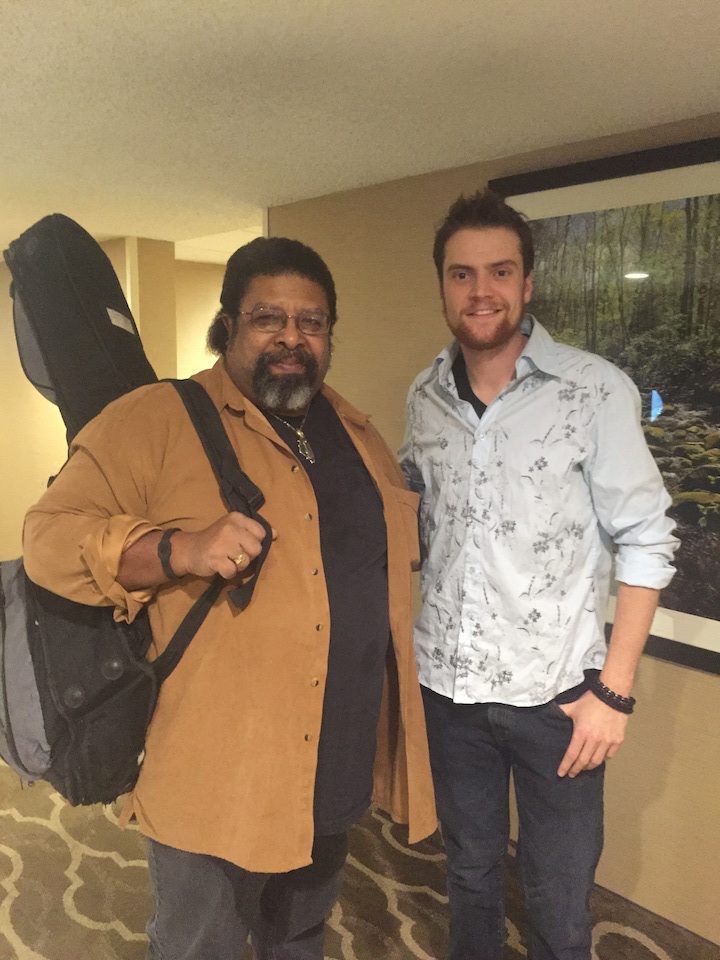 303: How long have you listened to Jimmy D. Lane’s music? When did that start?

ZD: I’ve been listening to him since I was very young, probably fourteen or fifteen. He was actually one of the first blues artists that I listened to other than B.B. King. In my opinion, there was no one who had such passion with his licks and vibrato. He didn’t sound like anyone else I’ve ever heard, which made him so unique to my ears.

303: How did it feel to have Jimmy ask you to play alongside him this time around?

ZD: He’s mentoring my blues playing and helping me as much as possible so we talked and he asked me to play with him instead of opening this time. He was impressed with my blues playing and quoted me a ‘fantastic guitar player’ at the City Hall event previously this year.

303: What are you looking forward to most about this weekend’s show?

ZD: I’m looking forward to seeing my mentor play and catching up with him. This is a dream come true event and I’m just fortunate to be a part of history in the making.

303: What guitar will you be playing at this Sunday’s event?

ZD: One of my old Stratocaster I take on tour with me named Rusty.

303: Did we hear you got signed with a management company recently?

ZD: Yes, I got signed with We Got The Blues Management.

303: What other companies are you sponsored or endorsed by right now?

303: You also recently released your first demo, right, how is that?

ZD: I recorded at Colorado Sound and we had a blast. I actually got to cover one of my favorite songs by Jimmy D Lane, What Makes People.

303: Are you working on any new projects right now?

303: What about future shows, do you have any big gigs coming up?

ZD: I just finished playing the Greeley Blues Jam and that was a lot of fun, I’m also playing at the Trinidaddio Blues Festival this August.