If you’ve left your house or jumped on social media at all this month, you’ll know about the “Pokemon Go” pandemic. It’s been an exciting technological breakthrough for former fans of the franchise, as the new game gives users the ability to actualize a childhood dream of becoming a Pokemon trainer in real life  (or close enough). This smartphone app brings to life the virtual world so many of us knew as children. Nintendo first released Pokemon for GameBoy in 1996 and now 20 years later it’s back in an augmented reality.

So for the Pokemon Go fanatics out there – do you want to be the very best? Good news – we traveled across the land of Denver this weekend, searching far and wide for the best places to catch and train your Pokemon. 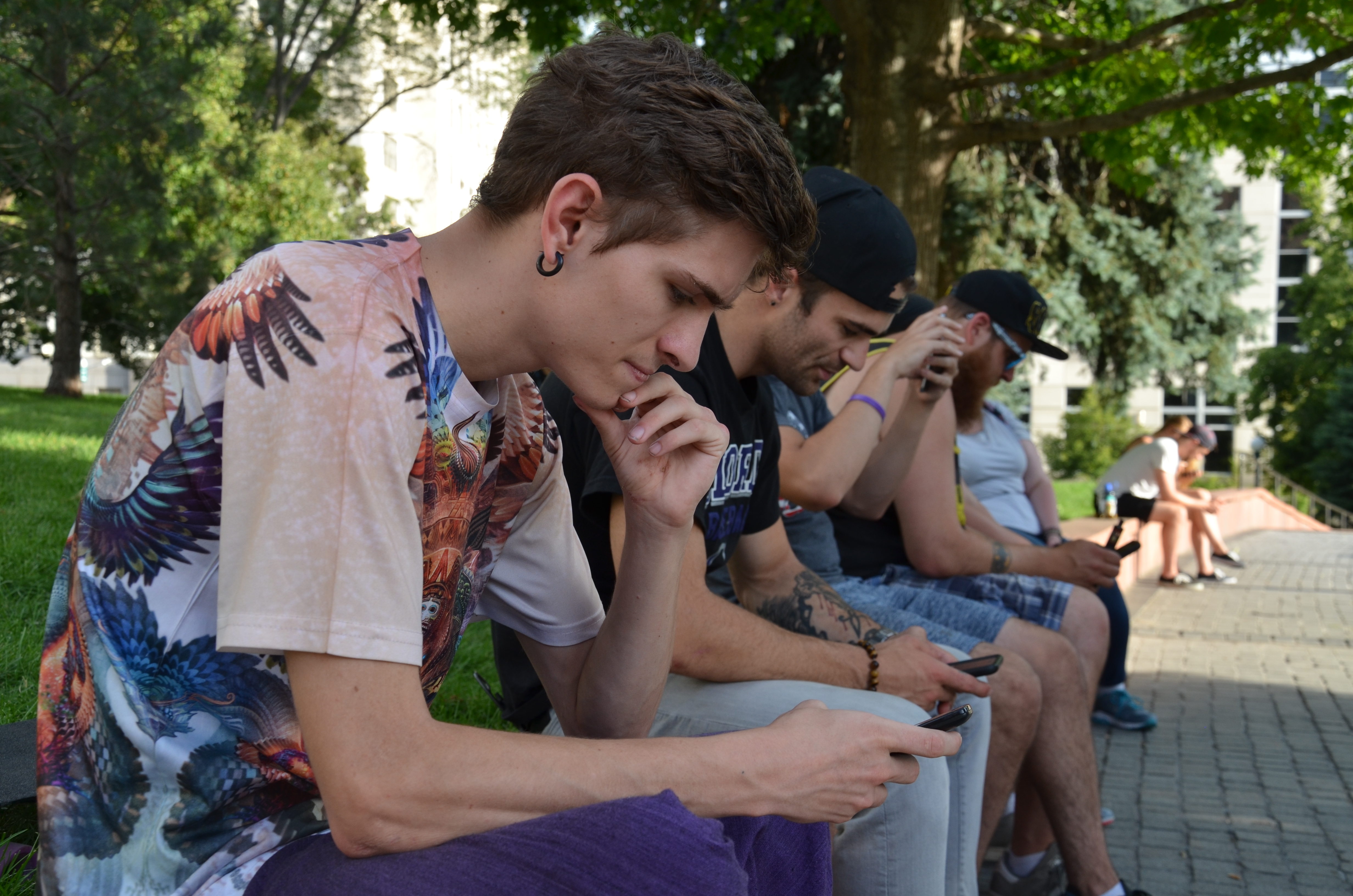 All photos by Peyton Garcia.

As the experienced Pokemon trainer will already know, Pokemon tend to hang around in areas of heavy foot traffic such as outdoor malls, parks or downtown areas. A lot of these locations have dozens of “PokeStops” where you can find goodies like PokeBalls, potions and revives for the Pokemon you catch. The best part about a PokeStop is that you can attach a “lure” to the location, which will do exactly what it sounds like, and lure an assortment of Pokemon to the area – all you have to do is sit and wait for them to come to you. Other players can see when a lure has been set up at a PokeStop and this will encourage them to hang around in search of Pokemon as well. Pokemon Gyms, while not as abundant as PokeStops, are almost always found at popular attractions. When you see other players pounding on their phone screens, they’re battling and you’ll know you’ve found a gym. A lot of iconic locations or objects that are already frequented by a high number of visitors were designated to be PokeStops and/or Pokemon Gyms. Here are some of the hottest spots in Denver we checked out:

Sunken Gardens Park is a quiet grassy area where you can make camp at a picnic bench. The Sunken Gardens sign is a PokeStop that often has a lure attached to it, but there is also a high school and a church close enough to the park that you can collect treasures from them as well. 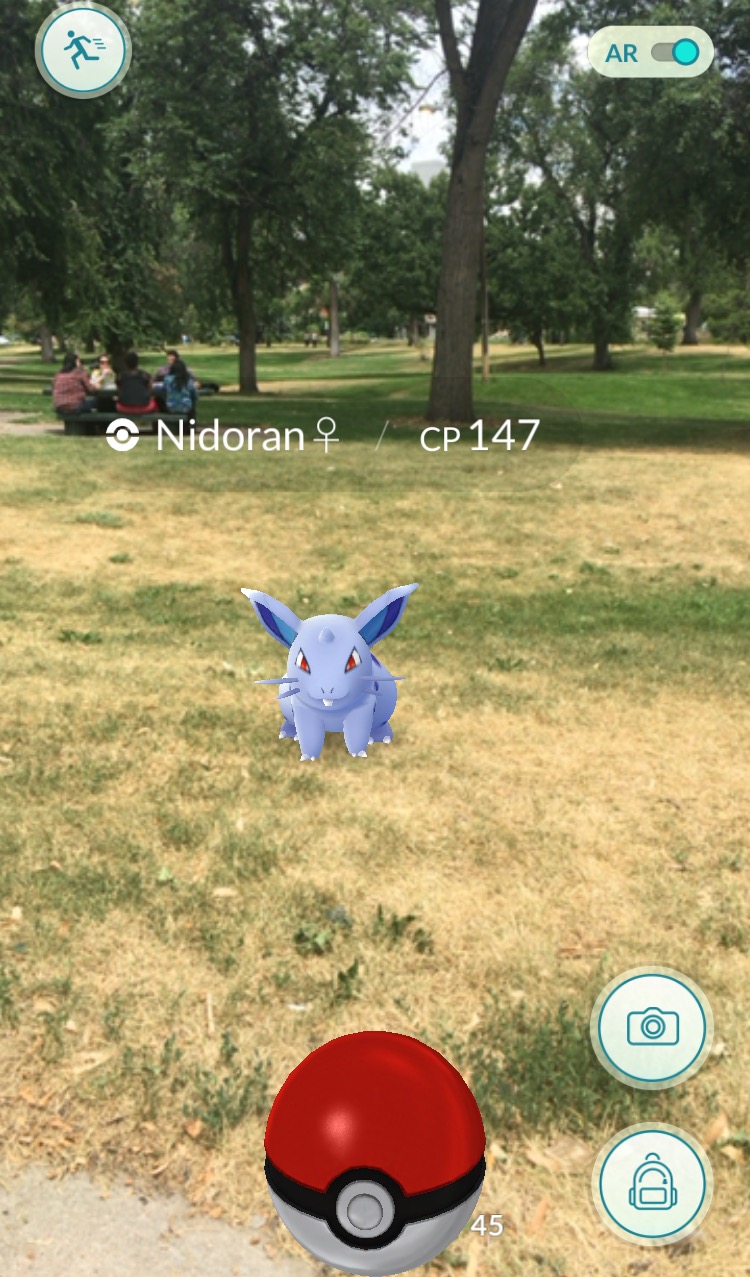 Waiting for Pokemon to appear can sometimes be a chore, especially if you’re impatient and the Pokemon are being stubborn. One of our favorite spots registered as a PokeStop was the Denver Public Library because you can pass the time between Pokemon appearances by flipping through a book under a shady tree. 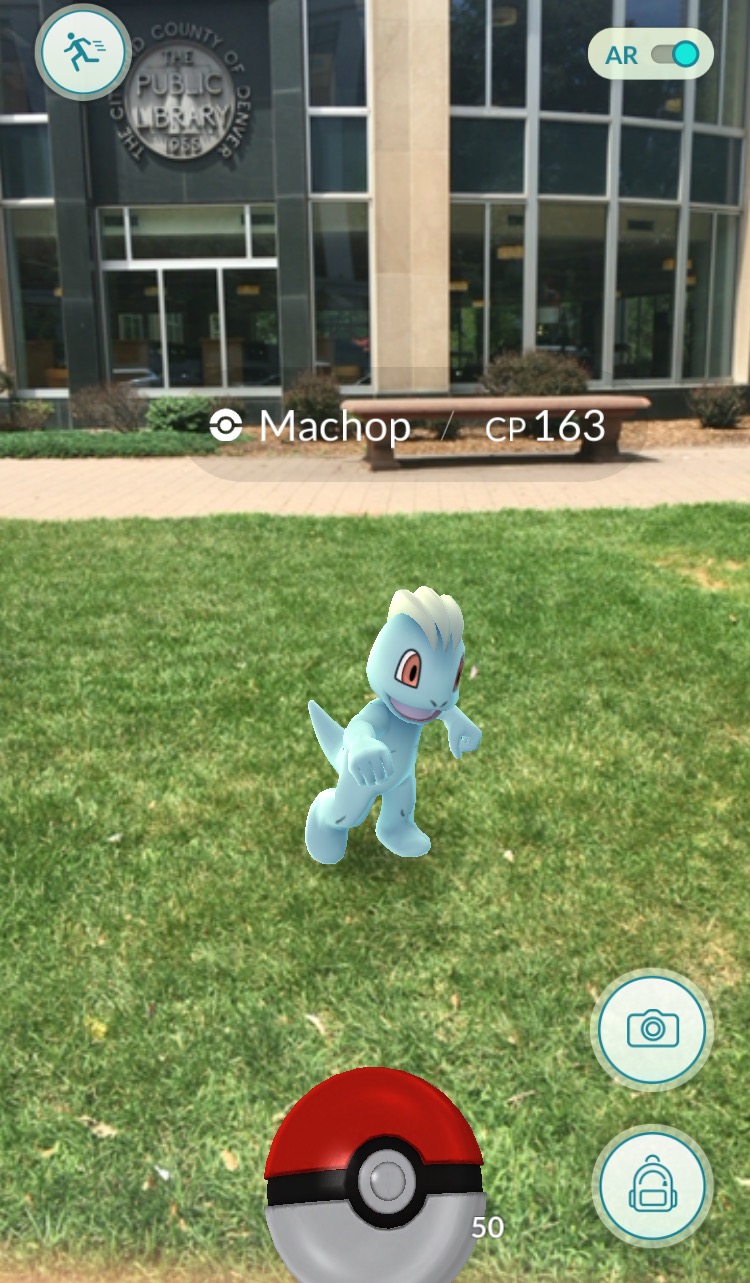 A Machop found outside the Denver Public Library

Both Denver attractions hold a startling amount of PokeStops, both inside and around the buildings. Not only was this the most PokeStop-heavy area of the city that we found, it had the most Pokemon hanging around, as indicated by the “rustling grass” depicted on the Pokemon Go map. 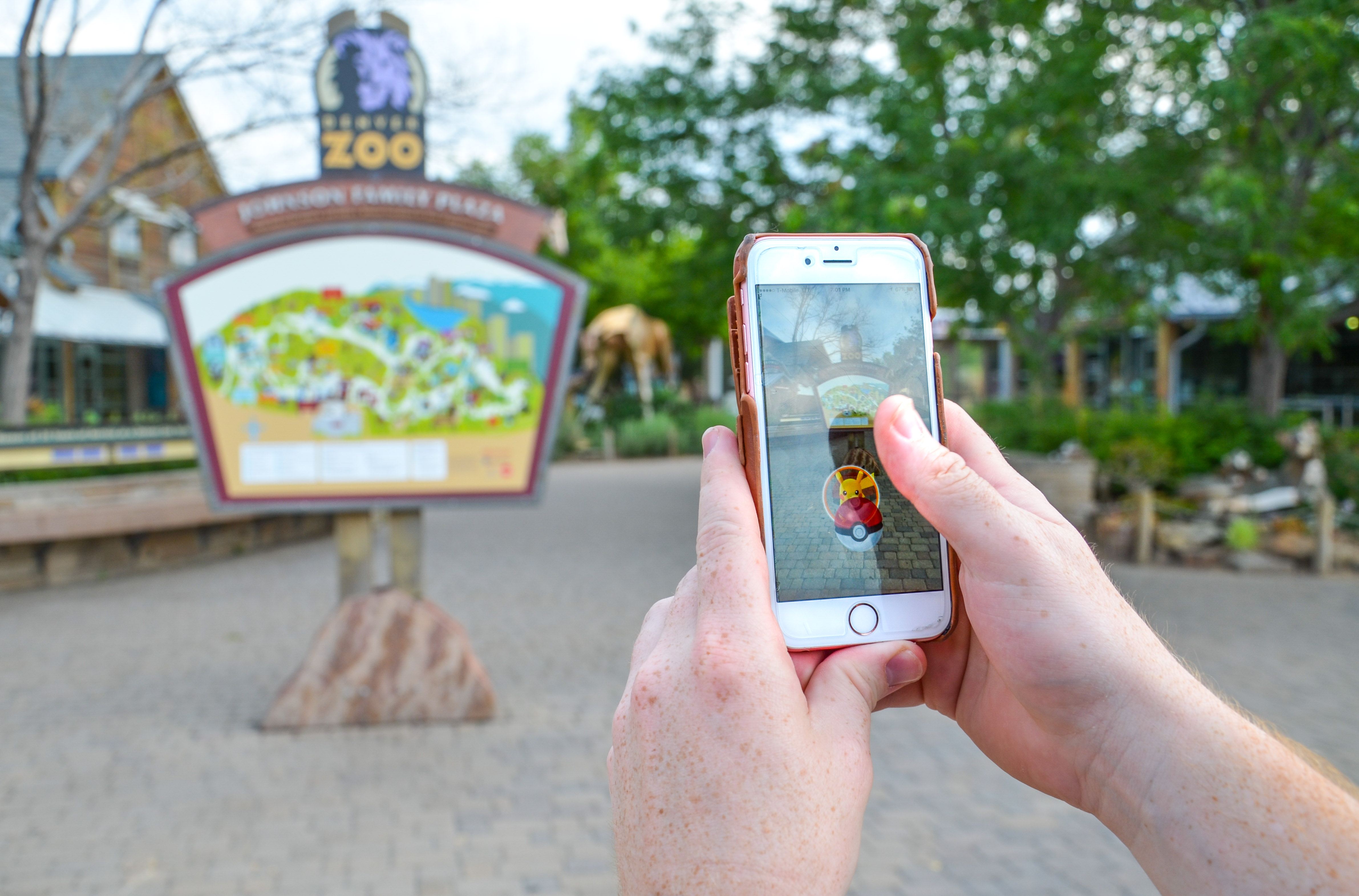 Pikachu can be found at the Denver Zoo.

It’s been discovered that your best bet of finding water Pokemon is around large bodies of water, and in Colorado that can prove to be difficult. However, we found that Ferril Lake at City Park makes for a fine substitute. 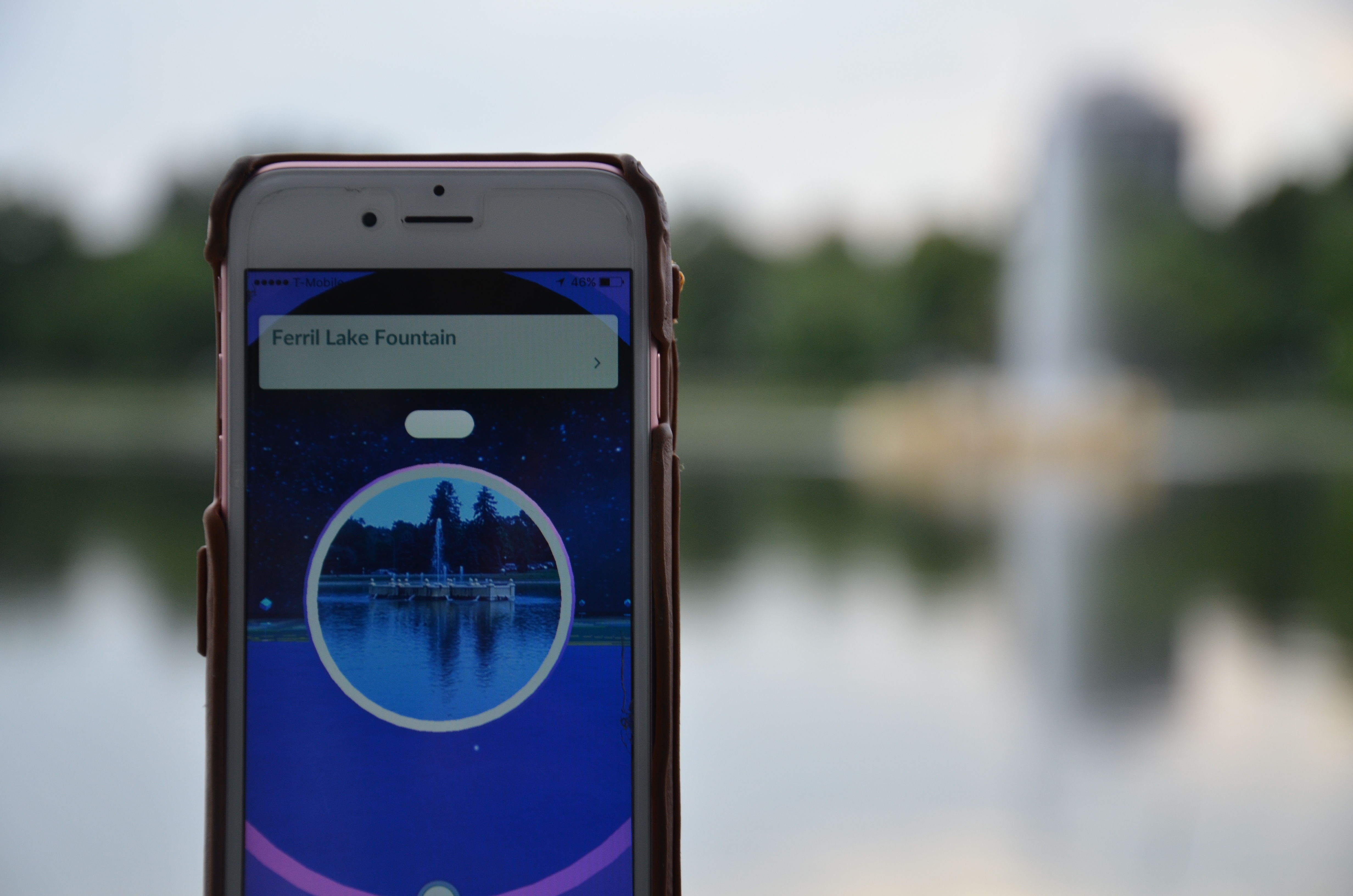 The PokeStop at Ferril Lake

Bustling all day long with shoppers, restaurant-goers and people-watchers, 16th Street Mall is an ideal location for PokeStops. It isn’t hard to find a restaurant with a patio close to one where you can set a lure and catch Pokemon while enjoying a bite to eat. Pro tip: Lannie’s Clocktower on the corner of 16th and Arapahoe is a known PokeStop. 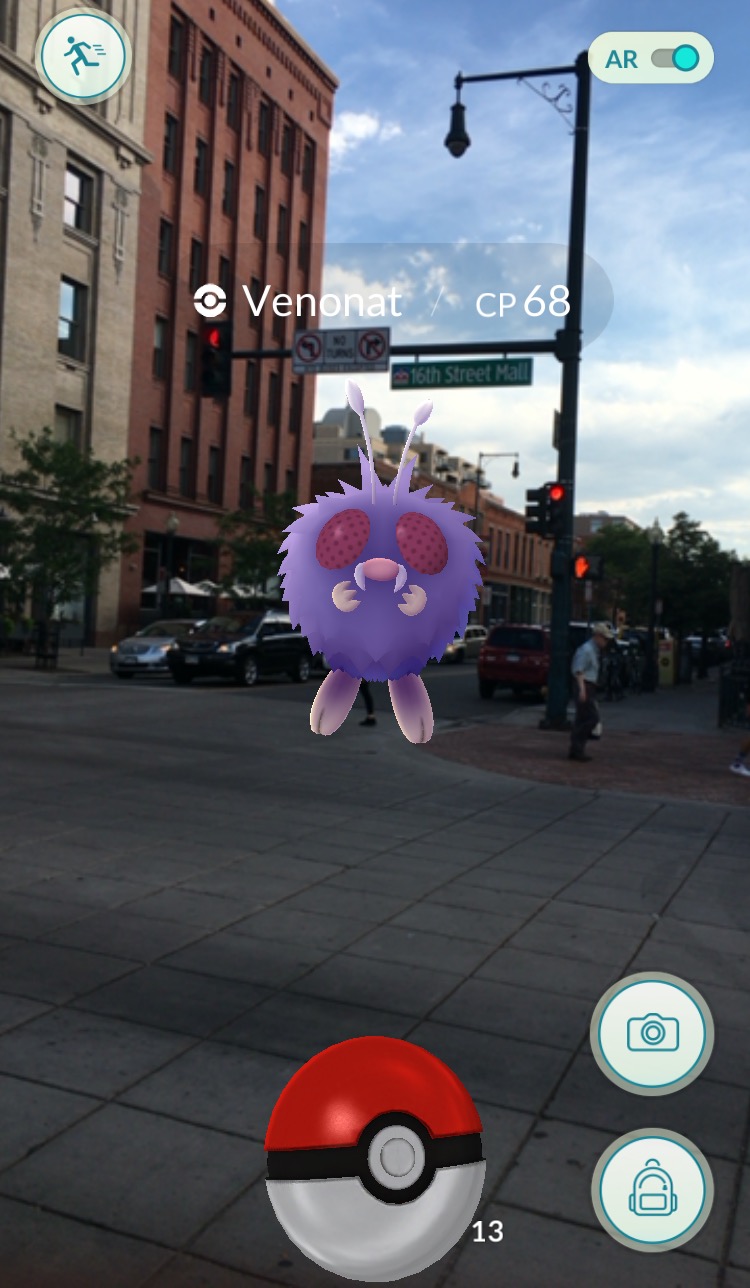 The central transportation hub of Denver serves as one of the busiest locations in the city, thus the perfect spot for a Pokemon Gym. You don’t have to bring a book or browse Facebook anymore while waiting for your bus to arrive kill the time by challenging the gym leader and training your Pokemon. 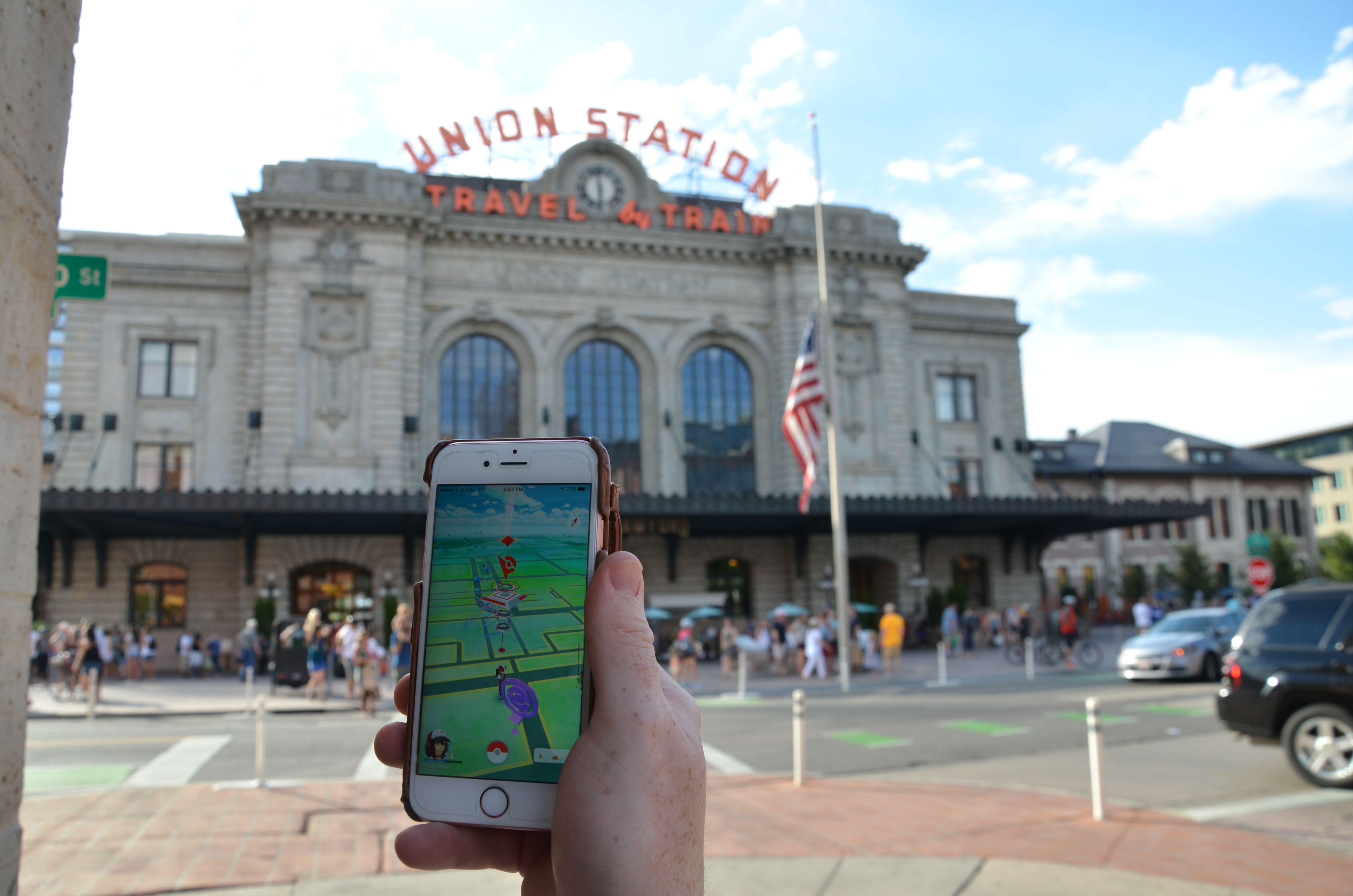 This iconic Denver location is crawling with Pokemon trainers as it acts as both a gym and a great place to find goodies. It’s more than tempting to lay a blanket down in the grass, set up a lure and spend the afternoon there. You’re bound to meet tons of other trainers.

Aside from these well-known locations in Denver, some of our favorite PokeStops that were a little more low-key included the Larimer Square, Johns Manville Plaza on 17th and California, Denver County Court, Pioneer Monument Fountain, Denver’s Firefighter Museum and Paramount Theater. Another fun tip: when searching for restaurants in Yelp, you can select a “PokeStop nearby” filter to find a place to eat with PokeStops in range. Top restaurants include Jax Fish House in Glendale, Rioja in Larimer Square, Postino  in LoHi, Sugarmill in RiNo and Biker Jim’s in Ballpark. 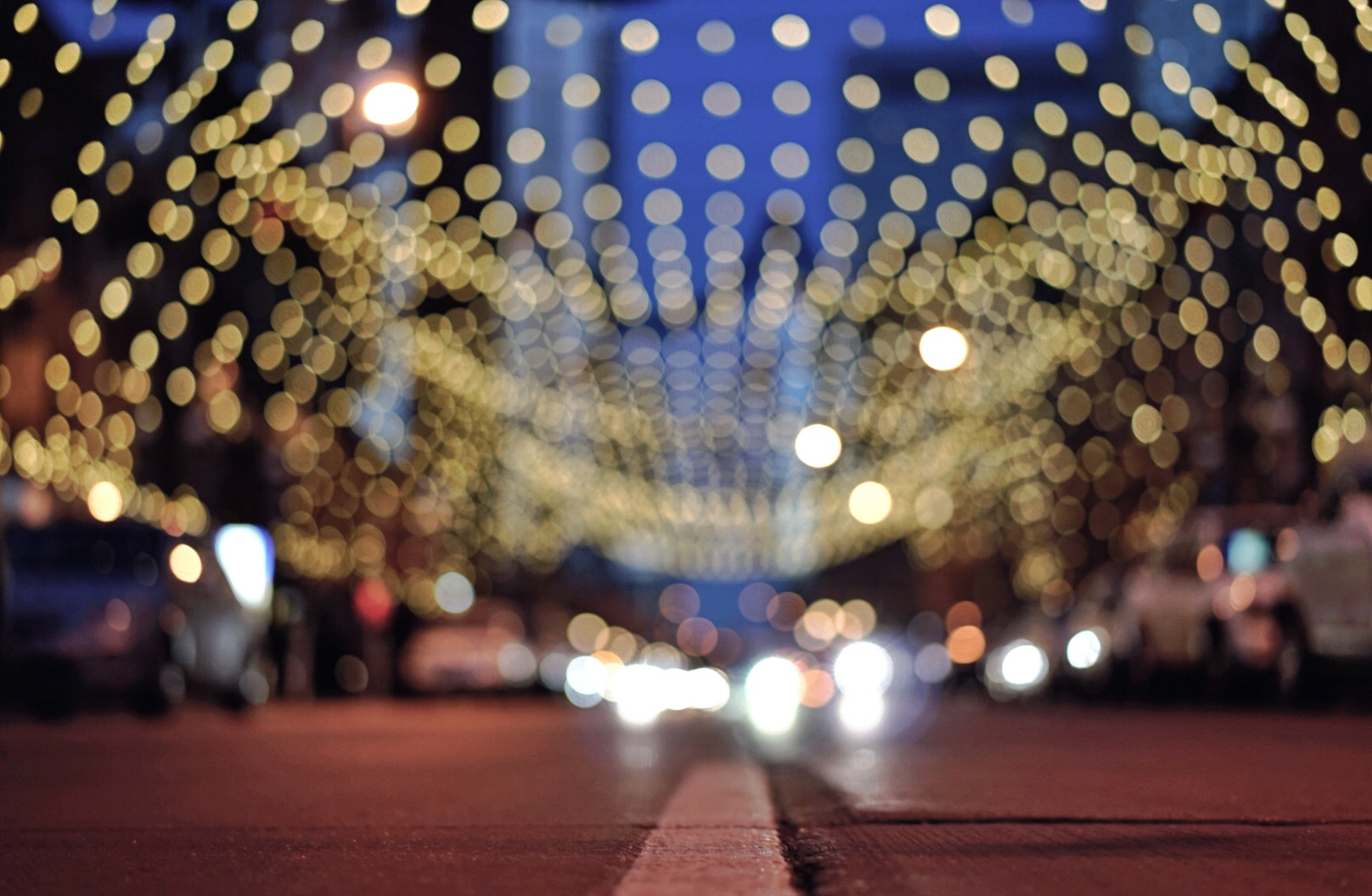 Downtown Denver, like most other highly populated areas in Colorado including Fort Collins’ Old Town and Boulder’s Pearl Street, certainly does not lack Pokemon Go activity. In places such as these, it’s nearly impossible not to bump into someone searching for Pokemon. Whether intentional or not, Pokemon Go has become an easy way to explore your city and meet new people, so grab your phone, get outside and go catch ‘em all.

All photos by Peyton Garcia. 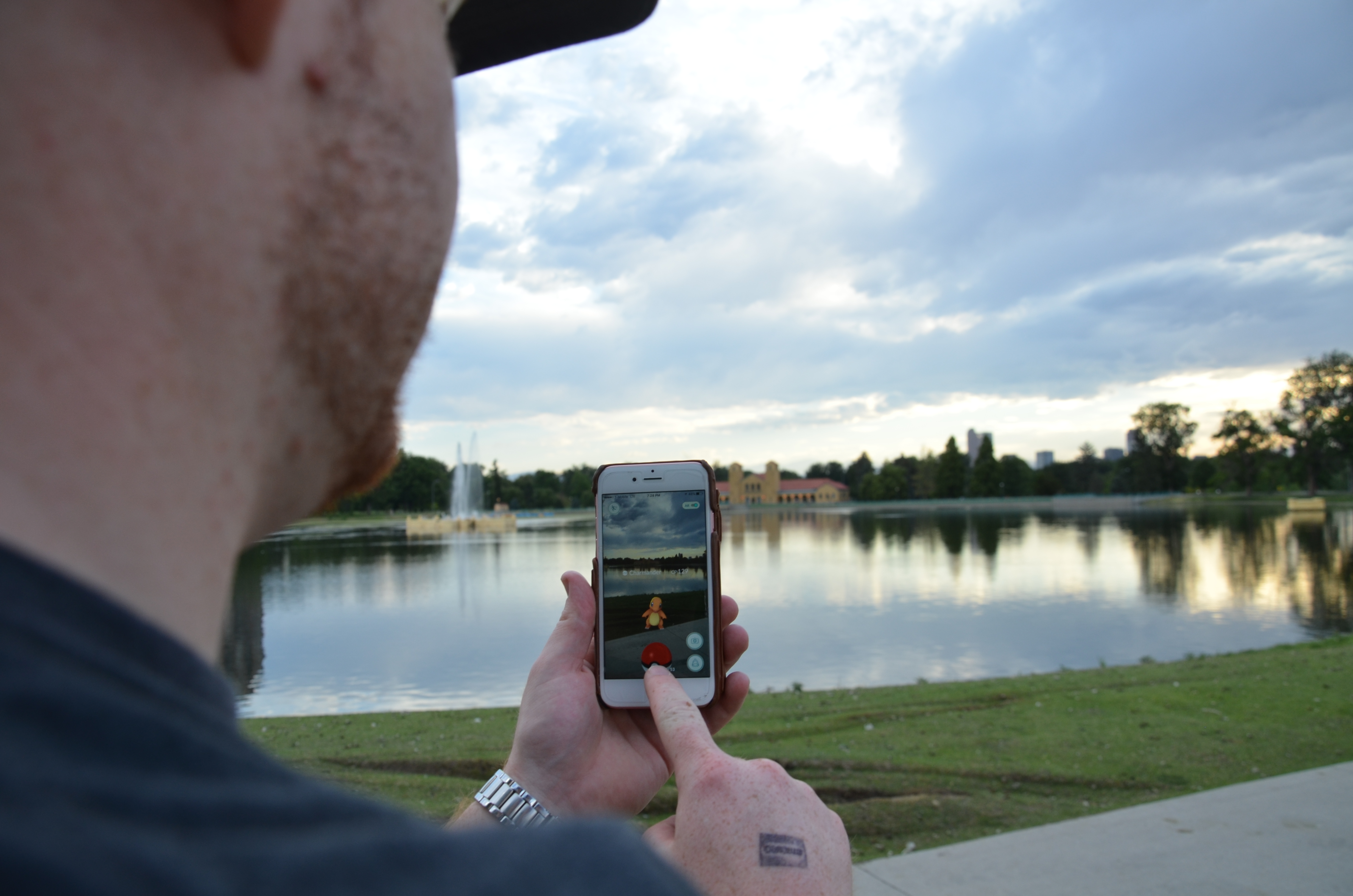 A Charmander at Ferril Lake