Recently there has been a rising star in the world of comedy who you may recognize from films such as Pitch Perfect 1&2 and The Intern, as well as hit television shows such as Workaholics, Community and Modern Family. This bright star is none other than the one and only Adam Devine (his name is pronounced ‘divine’ like ‘divine right’… or ‘goddess divine,’ either one works). So, in honor of one of this summer’s most anticipated comedic releases, Mike and Dave Need Wedding Dates, we had the chance to have an entertaining chat with Mr. Devine himself, one of the film’s leading actors. For those of you who haven’t guessed, Mike and Dave Need Wedding Dates is a film summarized by the title alone.  Mike (Adam Devine) and his brother Dave (Zac Efron) advertise online for wedding dates to their sister’s nuptials.  Their ad is answered by two mysterious young women, played by Anna Kendrick and Aubrey Plaza. An exciting tropical getaway turns into girls-gone-wild in this unexpected, yet entertaining extravaganza. So, straight from the horse’s (Adam Devine’s) mouth, get ready to discover what it was like to be a part of filming and the cast, as well as exclusive commentary on some private parts of Devine’s time on set.

“…I look like a monster compared to him [Zac Efron], and also, very small dick day….” -Adam Devine 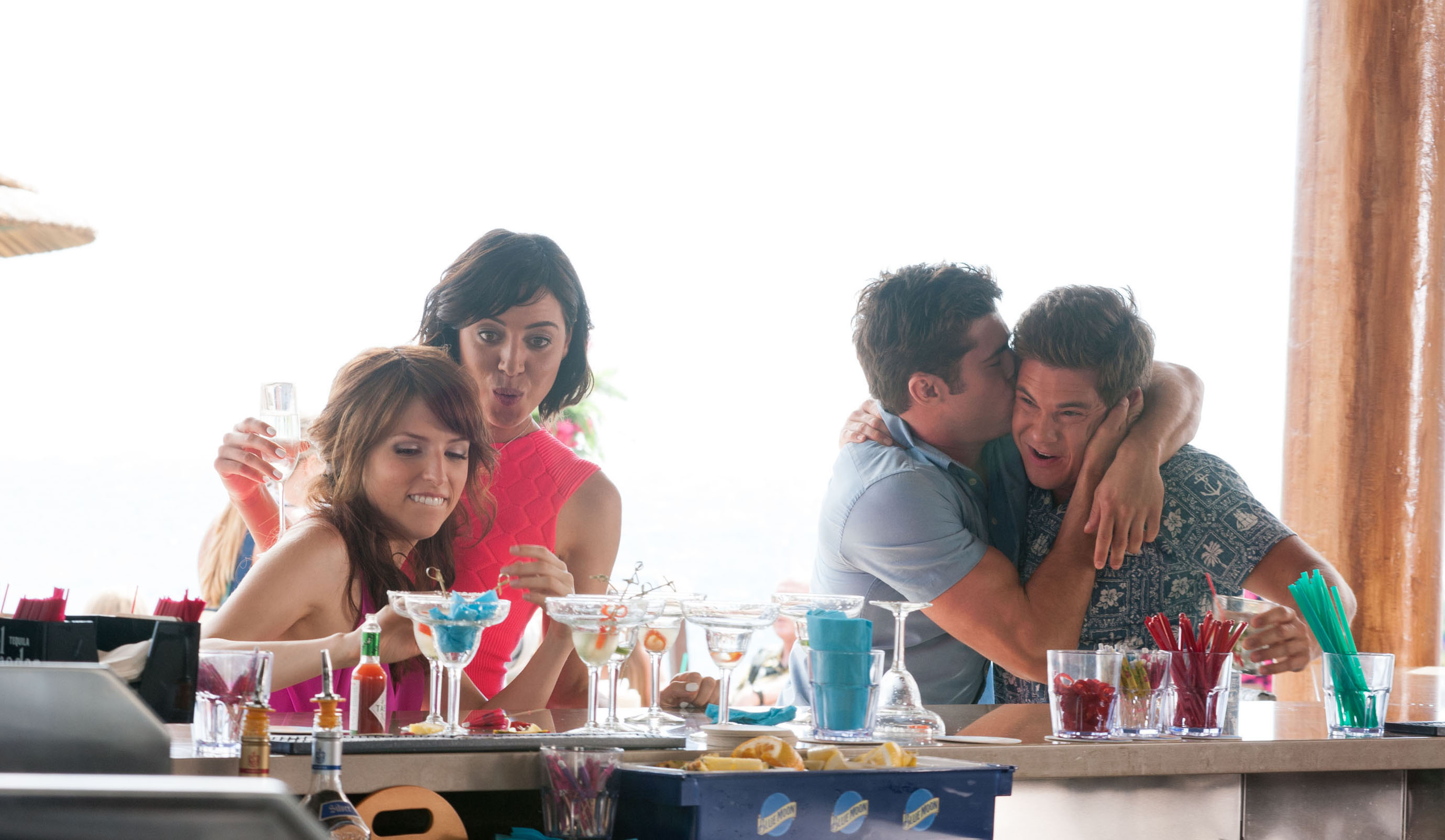 Devine: So sorry. She’s a sweetheart, her name is Chloe Bridges, she’s an actress.

303: So every time I ask this question in an interview, I usually get ‘yeah, my cast is great, they’re really nice people…’ but what is it really like working with this cast for Mike and Dave Need Wedding Dates?

Devine: I hated them if we’re speaking frankly. No, they were [pauses] I mean, I can’t say anything else besides the fact that they were great because they really were great, and it also helps that we were shooting in Hawaii all summer long, staying on the north shore of Hawaii, which is just absolutely beautiful, just swimming with sharks, jumping off waterfalls. It was a true summer to remember. And we shot where they shot Jurassic Park; we were riding ATVs through this canyon and it was just stunning. I was pinching myself so much that I was fully bruised and it looked like someone was abusing me.

303: Oh so that must have added some extra character to your character. 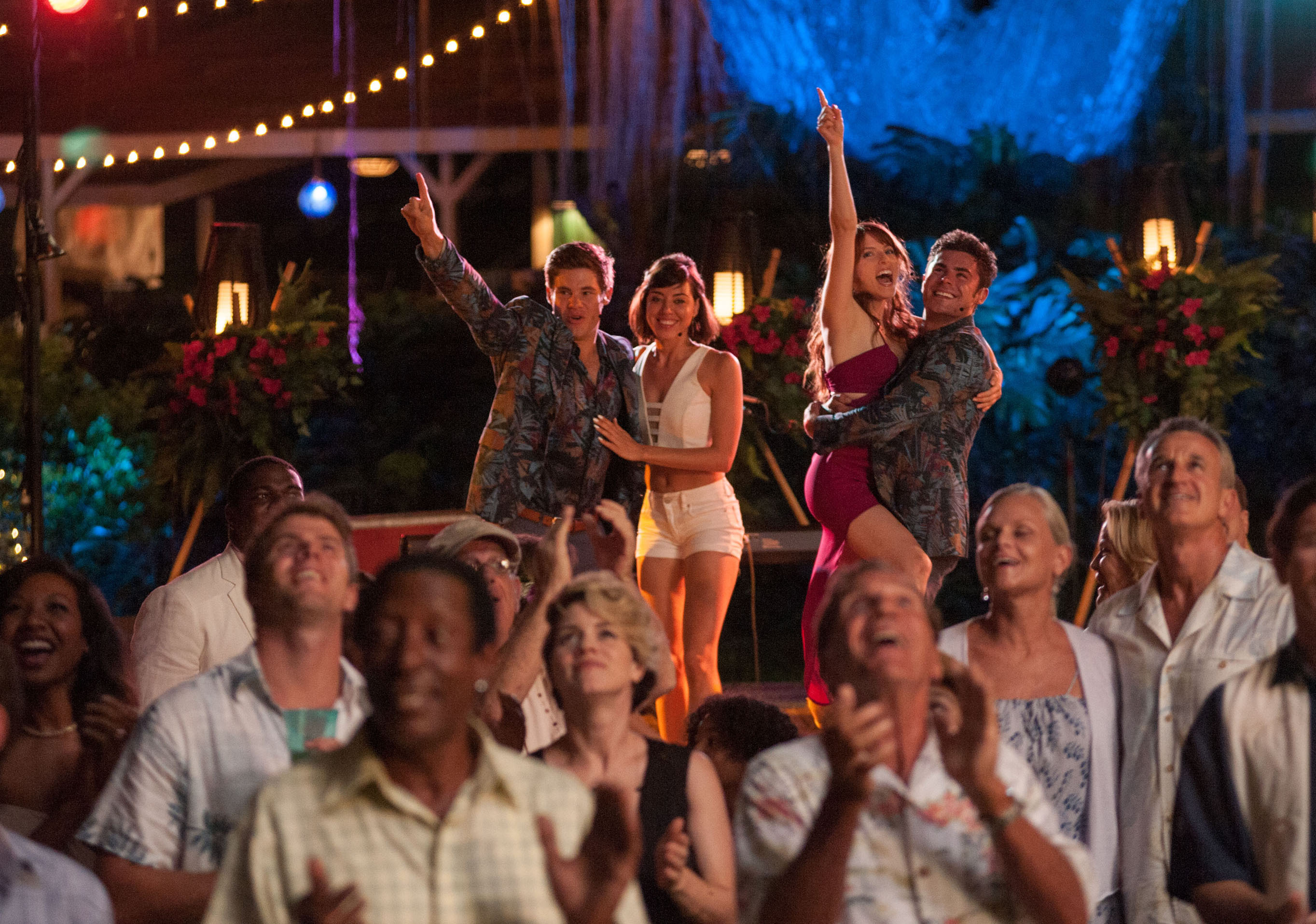 303: Did you find filming easier at all due to the fact that you’ve worked with Anna Kendrick before?

Devine:Yeah, well what’s cool about the fact that I’ve worked with Anna on Pitch Perfect is that we’ve never really had any scenes together, and this movie wasn’t really that different.  We were in scenes together, but we didn’t really communicate that much within the movie, so we kind of think this is a great tradition, both of our careers seem to be going well, so is this the key to our success — us being in movies together but never actually talking? Possibly. We hope to keep this streak alive.

303: Yeah for all you know it could actually be bad luck for y’all to talk to each other on camera.

Devine: Yeah we don’t want that [pauses] we like each other at a distance.

303: I heard that the exact same thing happened between Ian Mckellan and Cate Blanchett in Lord of the Rings, that even though they were in all of the movies together they never actually shot scenes together.

303: That’s really intriguing, and I’m glad that you’re letting me in on that secret.

303: So what do you think this film has that other films don’t have? 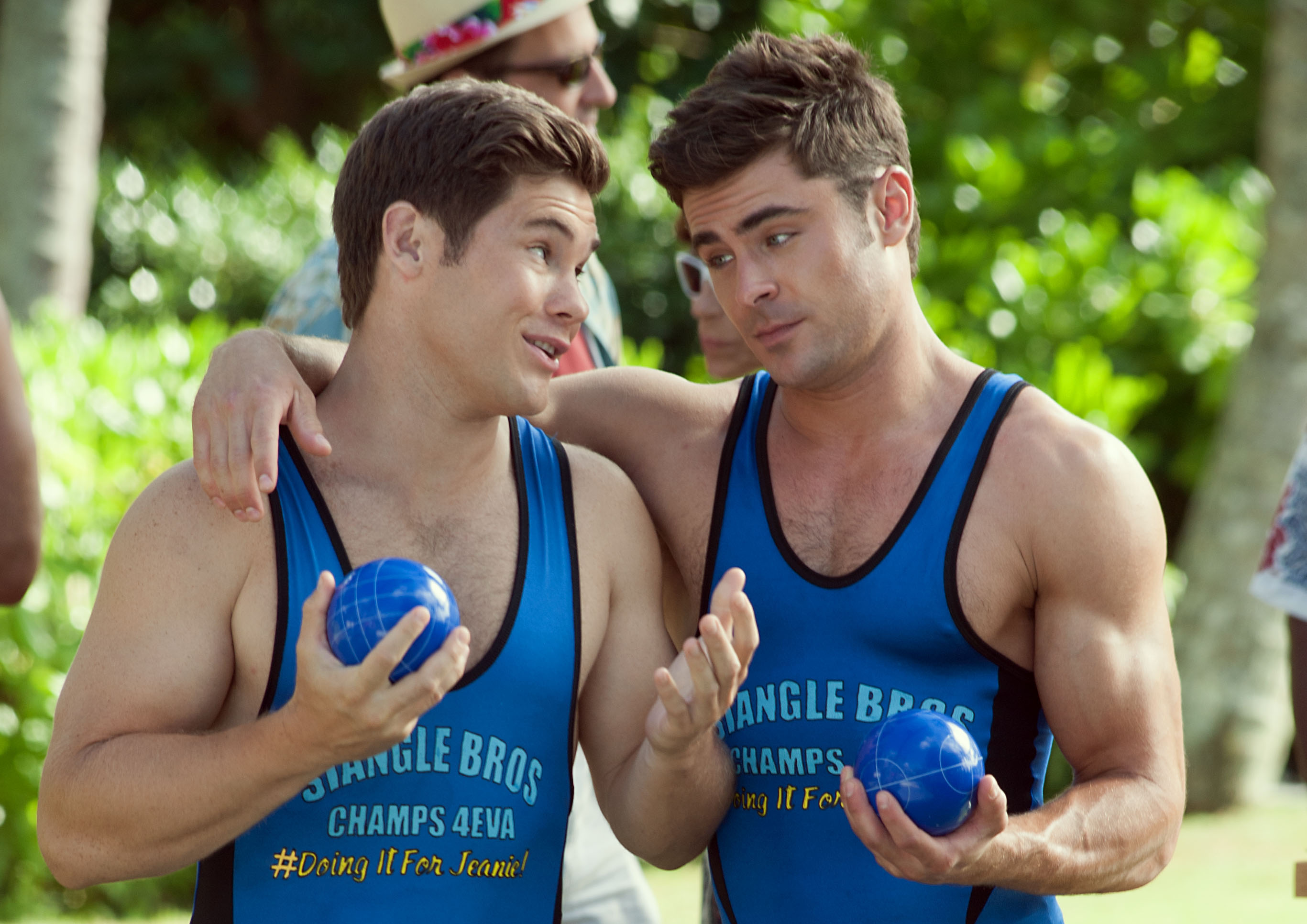 303: So what was the most embarrassing moment on set?

Devine: Uhhh… no, I didn’t. I look like a monster compared to him, and also, very small dick day. I don’t know what it was… and it’s not that I have a small one; I have a very medium sized one; I mean nothing to write home about but nothing to be ashamed of, you know what I mean?

Devine: Well I mean… I think it was a great day for Zac, but it wasn’t really my proudest day.

Mike and Dave Need Wedding Dates is premiering in theaters July 8 and there is much to look forward to or maybe not so much according to Adam, but we’ll be the judge of that. Until then, prepare yourself with this official trailer: