Gentrification Through the Eyes of Artists – Lauri Lynnxe Murphy

This is an ongoing series about gentrification and art in Denver. We will highlight five local artists and their unique perspectives on the phenomenon by showcasing their work, as well as their thoughts on how gentrification has changed the neighborhoods they call home.

The gentrification of Denver is no longer a secret and neither is its effect on the art community. Artists have a difficult relationship with this capitalist cycle. They need studio spaces that are cheap to rent so they look to the outskirts of the city. They set up camp, often in groups and form collectives. They take their art to the streets, creating murals, appropriating discarded objects to build sculptures and installations, staging performances at questionably legal locations, etc.

As they struggle to survive as working artists, they turn around and give back to the communities they come into, working with children to encourage their creativity and social engagement or developing programs with community centers and organizations to raise money for the homeless.

Unfortunately, their efforts are often kick starters for gentrification. As people visit the neighborhoods for gallery openings and fundraisers, they begin to see the areas as desirable and begin moving in. Their presence encourages renovations and development. Local businesses, such as brewpubs and marijuana retailers, find affordable spaces while developers begin buying up property. Landlords old and new begin raising rents, forcing the artists out along with the residents, as seen at Wazee Union, which is currently being demolished, and Ice Cube Gallery, which is having its final exhibit at its location in the Dry Ice Factory. 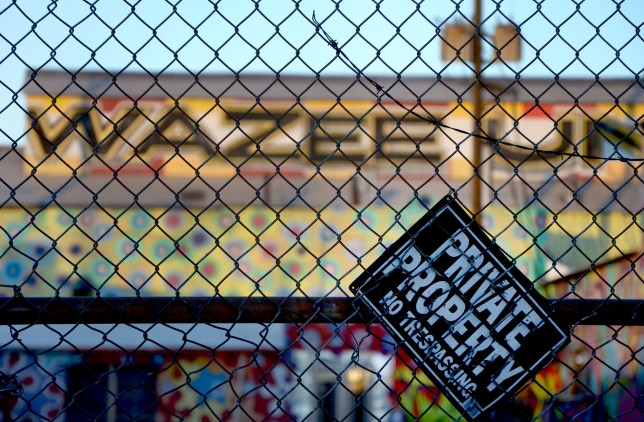 The gentrification process is not inherently a bad thing. It makes room for improvements on infrastructure and turning poor neighborhoods into higher-income neighborhoods while also expanding the boundaries of nightlife, dining and retail, thus encouraging different groups of people to live in neighborhoods they wouldn’t have considered before.

However, the process also brings steep rent increases in areas that have traditionally been affordable to live and work. These areas include Five Points, La Alma/Lincoln Park, RiNo, Globeville and Elyria-Swansea. Unfortunately, income rates are not rising at the same pace as rent, leaving certain pockets of the population at a stark disadvantage. The State of Working Colorado 2015-16 report from the Colorado Center on Law & Policy shows that despite gains in jobs and lower unemployment, income inequality is growing and disproportionately affecting black and Latino households.

This inequality reflects the dark side of gentrification. Unfortunately, these long-neglected areas are rebuilt and developed at the expense of the communities who have lived there even at the worst of times. Trends have shown that as neighborhoods become more desirable, the risk for involuntary displacement increases among the most vulnerable, namely renters, people of color and lower-income households.

The problem is compounded by the fact that Denver is facing a major affordable housing shortage and efforts to curb displacement are overdue for the increasing number of homeless or close to homeless people and families. The Colorado Children’s Campaign reported that in Colorado in 2014, there were more than 190,000 children living in poverty and 82,000 living in extreme poverty. They also found that Denver Public Schools experienced a 41 percent increase in homeless students with nearly 25,000 Colorado homeless students altogether.

While there is still a handful of spaces, such as The Temple, Art Gym Denver and RedLine, that are keeping artists in the city, most are disappearing or becoming too expensive for most artists.

With all of this information to consider, which seems to unfold in a linear fashion, the ways in which visual artists are responding to gentrification are much more personal and complex. The artists of this series are making work that toes the contentious line that often separates activist art and the art market. However, their roles as social commentators and/or public artists could ignite the change we need to aid those most affected by gentrification.

Lauri Lynnxe Murphy is a multimedia artist and activist who has worked in the Five Points neighborhood off and on for over 20 years, and has been watching the neighborhood change from her studio on the corner of 29th Avenue and Marion Street.

“I’ve had this space for about twelve years, so it’s intense being in it and also knowing that you’re sort of the forefront of it,” she said.

Her art is currently focusing on the intersection between homelessness and environmentalism, specifically sustainability. This focus began while she was attending Ohio State University for her Master of Fine Arts in sculpture and became frustrated with the political discourse surrounding climate change.

“Why can’t we just shift to talking about sustainability and what we have to do and what positive things we can do as a community or do as individuals? Because we’re clearly never going to get the government to move fast enough,” she said. “It’s so daunting, but part of it starts with each of us changing our entire life from the ground up.”

That kind of change inspired her 2014 “Nest/Shed Series,” which looks at the complex nature of home in relation to meaning and environmental displacement. The series uses various media, including snakeskin, wasp nests, wallpaper, copper and book pages, to look at the complex process of homemaking. It also questions how our relationship to the materiality of home might interfere with natural processes of animals and organisms.

Murphy’s frustration with the decrease in realistically affordable living and working spaces is manifesting in her activism and artwork, especially when it comes to how people who are working are still becoming homeless.

“Seventy percent of people on the streets have a fucking job,” she said. “There’s absolutely no reason why anyone on the street should have a job. How do we not house people with jobs?” 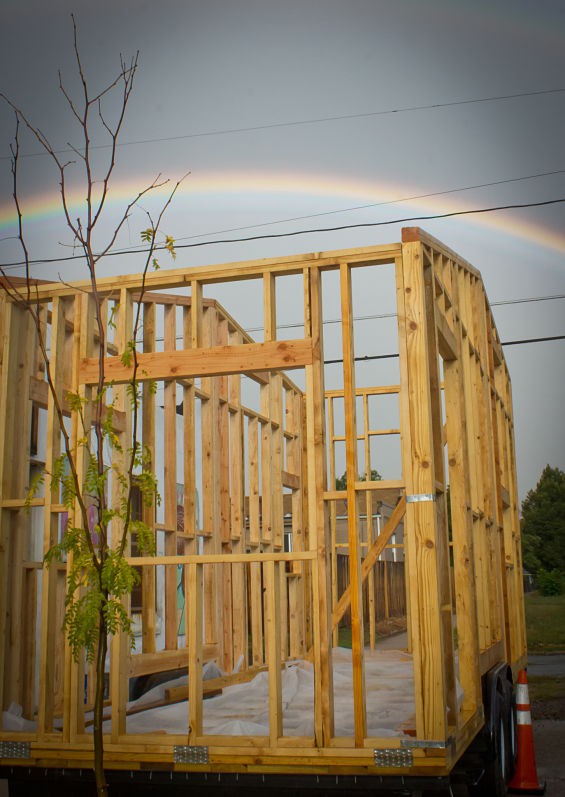 The ways in which her work is responding to the homeless problem is by commenting on the chaotic nature of housing development in Denver. For example, “Dear Denver” is a mixed media sculpture that is assembled in such a way as to bring attention to the ridiculous and useless placement of buildings as well as the materiality of gentrification.

The building up of the Monopoly houses works in a couple of ways. First, it comments on the consequences of relying on capitalist leaders to ensure the well-being of those who don’t excel at the real-life game of Monopoly. The tiny houses are clustered and then spread across the sculpture. They look like a virus, attacking a structure that is organized but has difficulty maintaining boundaries; the colored sections melt together and are interrupted by a stark brown stripe. Such is the chaos of Denver’s communities, which are experiencing the same kind of virus of contemporary structures that are disrupting the character of neighborhoods with unsustainable developments.

The issue of sustainability is at the heart of Murphy’s biggest project, the “Mayday Experiment.” “Mayday” is a tiny house built on wheels that Murphy has been constructing for the better part of two years. The project began an exploration into the legitimacy of living off the grid. In addition to being better for the environment, the house will also solve one of the biggest plights of the artist: having to pay for both a living space and a working space.

One of the more interesting aspects of “Mayday” is how Murphy wants to utilize the structure once it’s done. Instead of constructing the house as just a personal living space, she wants to use it as a tool to initiate conversation and community.

“I’ll invite people in, I’ll park somewhere and I’ll invite people to come in and talk. And just sit down and have a conversation,” Murphy said. “Because that’s what we’re not doing as a culture; we’re just not talking to each other very much. And when we do talk to one another, we’re doing it in a way that is destructive.”

That outreach will both show people how they can make these on their own and how people who are always working can make sustainability a part of their lives, even if it takes all of their extra time and effort. The larger effort of bringing people together to discuss these issues is how Murphy plans to make her activism coincide with her art and demonstrates the ability to turn the object into a symbol of contention in the struggle with gentrification.

For more on Lauri Lynnxe Murphy, visit her website.