Four years ago voters in Colorado approved extra funds for art programs in Denver schools and yet many districts still remain underfunded and badly organized with creativity struggling for equality within the common core curriculum. However, the lack of proper resources provided by the government in many schools has led to an uprising of community involvement with programs like EpicArts, operated through RedLine Contemporary Art Center. This program is a collaborative effort that brings together local professional artists, art teachers in underfunded schools and students of all ages to create an exhibition that is displayed in RedLine at the end of each semester.

“We are hoping for shifting perspectives and prospective social action in the community. The process is important but it’s the message and motivation for social change the kids inspire that is truly remarkable.” 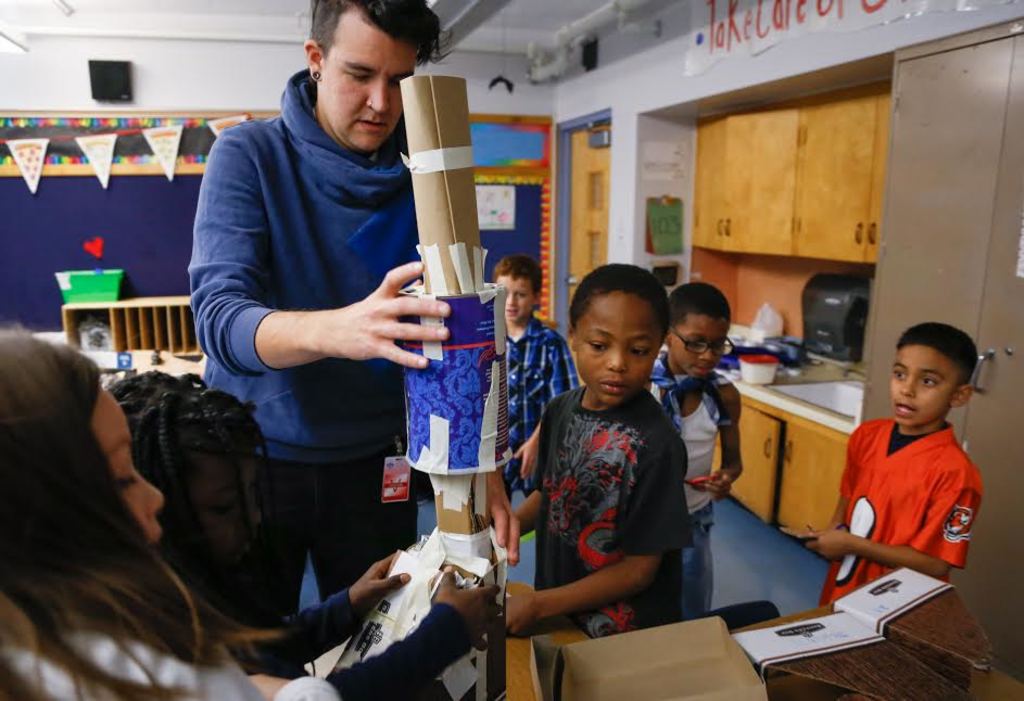 There is something particularly special about this program—a strong emphasis on tackling issues of social justice through artistic expression. Program Director Robin Gallite, who was first an art educator and math teacher, believes in the importance of social justice in art education because “it is an empowerment thing. We are hoping for shifting perspectives and prospective social action in the community. The process is important but it’s the message and motivation for social change the kids inspire that is truly remarkable.”

The northeast side of Denver—where between 2009 and 2013 there was sometimes ten times the amount of criminal activity than other districts— was seen as a prime area for improvement. They work with schools like Whittier, Columbine Elementary and Bruce Randolph. 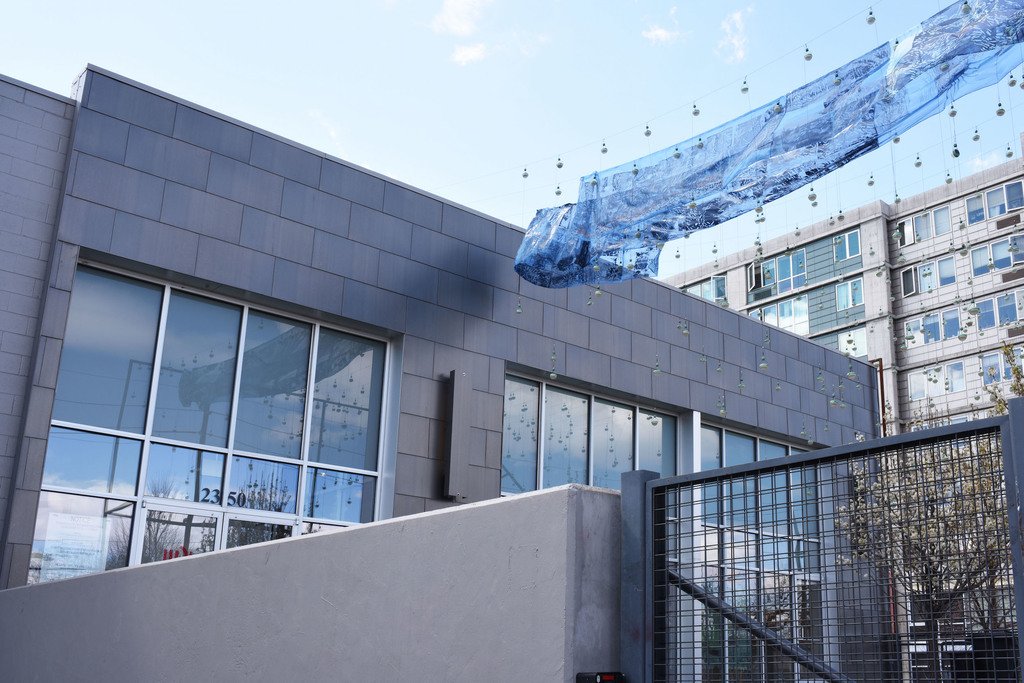 The vision of RedLine is to “empower every person to create social change through art,” a goal that encourages community involvement. EpicArts started when artists–in–residence at RedLine sought out a way to contribute to the youth in their community without replacing traditional art departments in schools. They offered to team up with art teachers in underfunded schools to provide enriching and engaging curriculum that ultimately would be student–driven.

Gallite pointed out that “ [the] idea of making art conceptually and then taking it to a social issue is not really a part of the K-12 curriculum and philosophy, and that’s one of the many unique things about our program.” 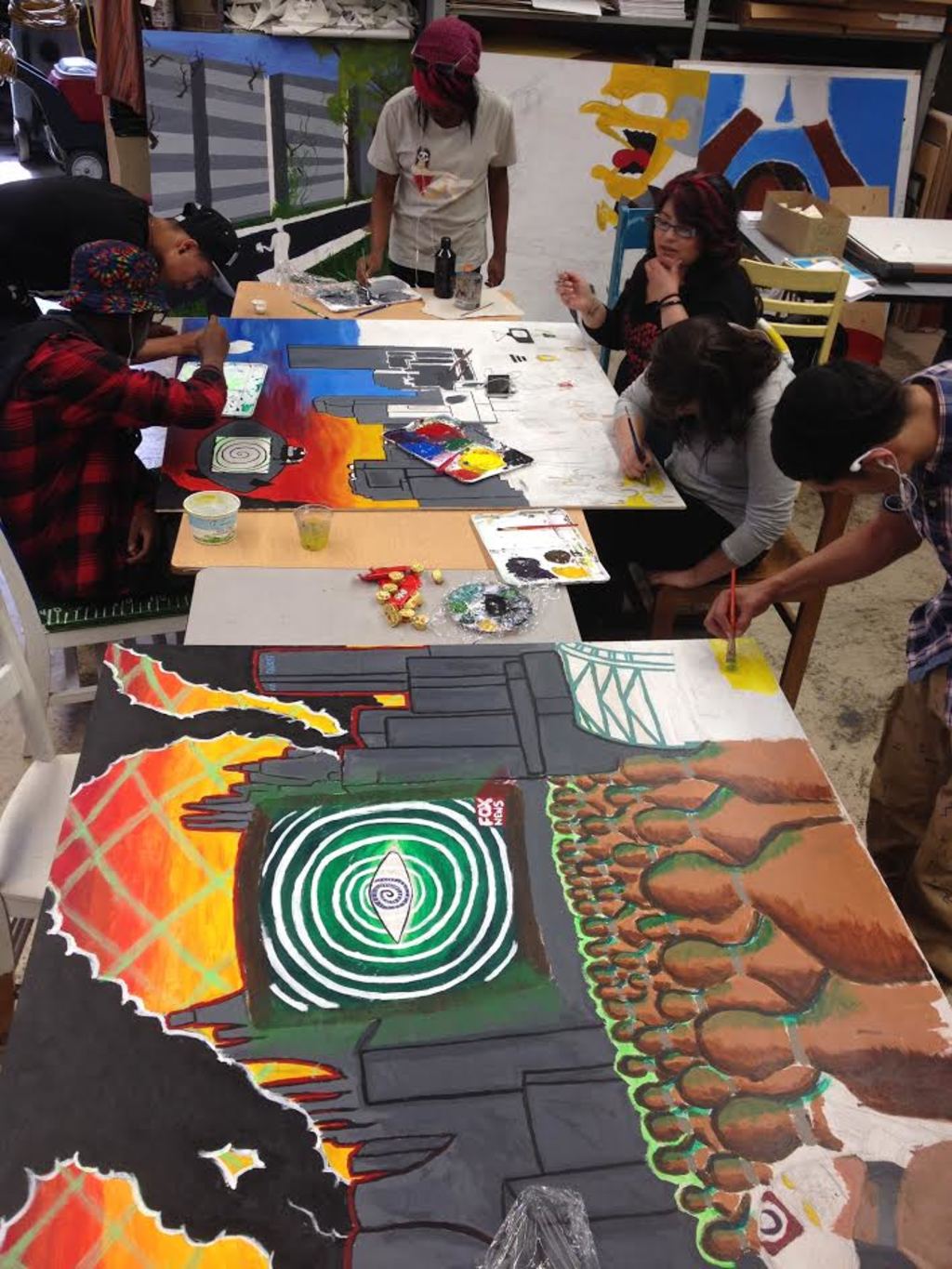 Every part of it is designed to be a collaboration—between the community and the schools, artists and art teachers, students and artists and perhaps most importantly, students and their community. Everyone seems to benefit. The students have the opportunity to work with professional artists and display their finished work in a professional space that iconic artists have exhibited in before. The artists are given an excuse to get out of their studios and interact with kids they would not otherwise know. And for the additional effort from art teachers—who are still teaching classes not related to Epic—a stipend is given. 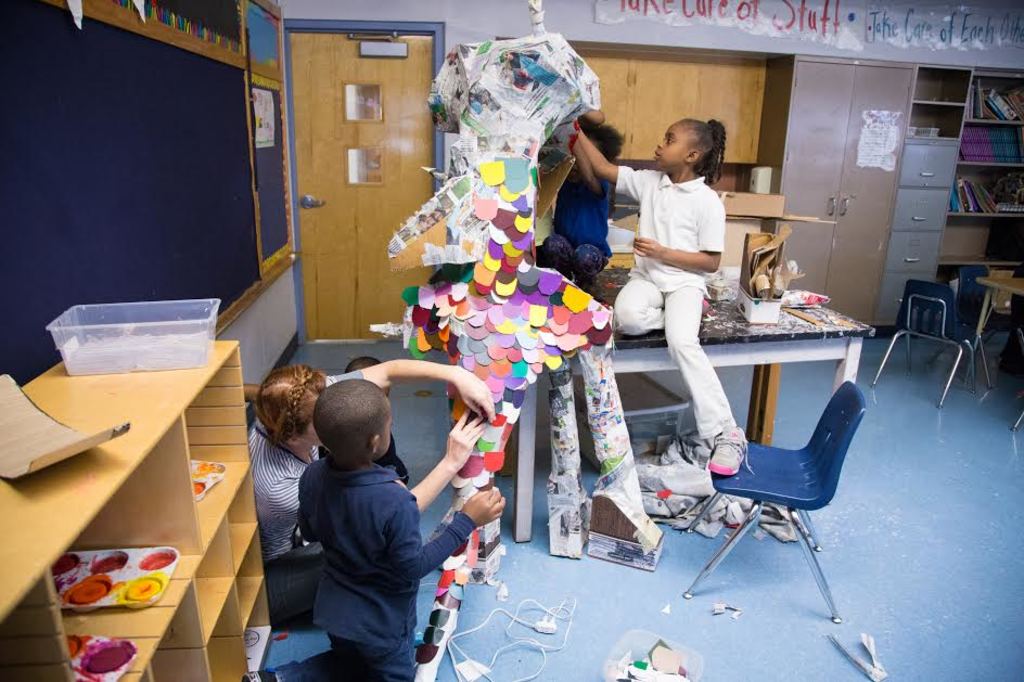 Instead of teaching the students, the artists and art teachers are advisors or mentors, first asking them to answer “what is unfair? In your neighborhood? In your school? In the local community? Globally?” It begins a conversation and allows the students to examine the issues they care about the most. Some of the topics have been: immigration, bullying, safety in public spaces, homophobia and even the politics of Trump. Gallite remarked, “the kids really are listening to what’s going on around them, more than what most people even realize.” 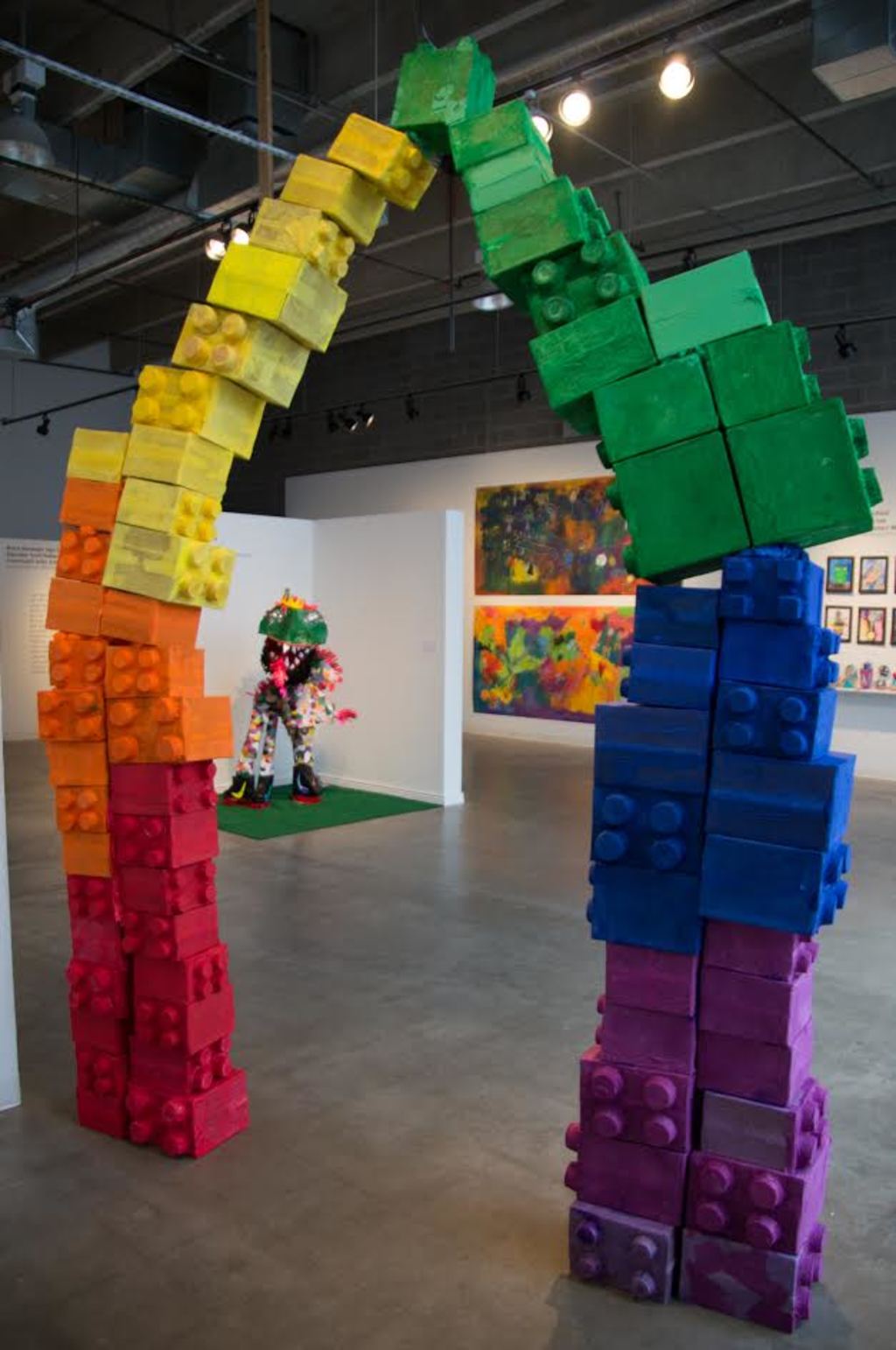 The future looks bright for this program. More people are beginning to recognize and encourage the idea that art can be a socially engaging process. And in 2014 EpicArts received the Mayor’s Award for Unique Collaboration, solidifying it as a community gem. Other schools in Denver have reached out, requesting assistance with their art departments. RedLine wants to focus on under-resourced populations but admits that their program model is replicable and so they offer training and share curriculum rather than sending their own resources away from Five Points.

“Kids tend to think of art as something you are good at or you aren’t, a passive activity rather than something to be engaged and passionate about. I love Epic because it gets kids to think that social change can happen by creating something.” 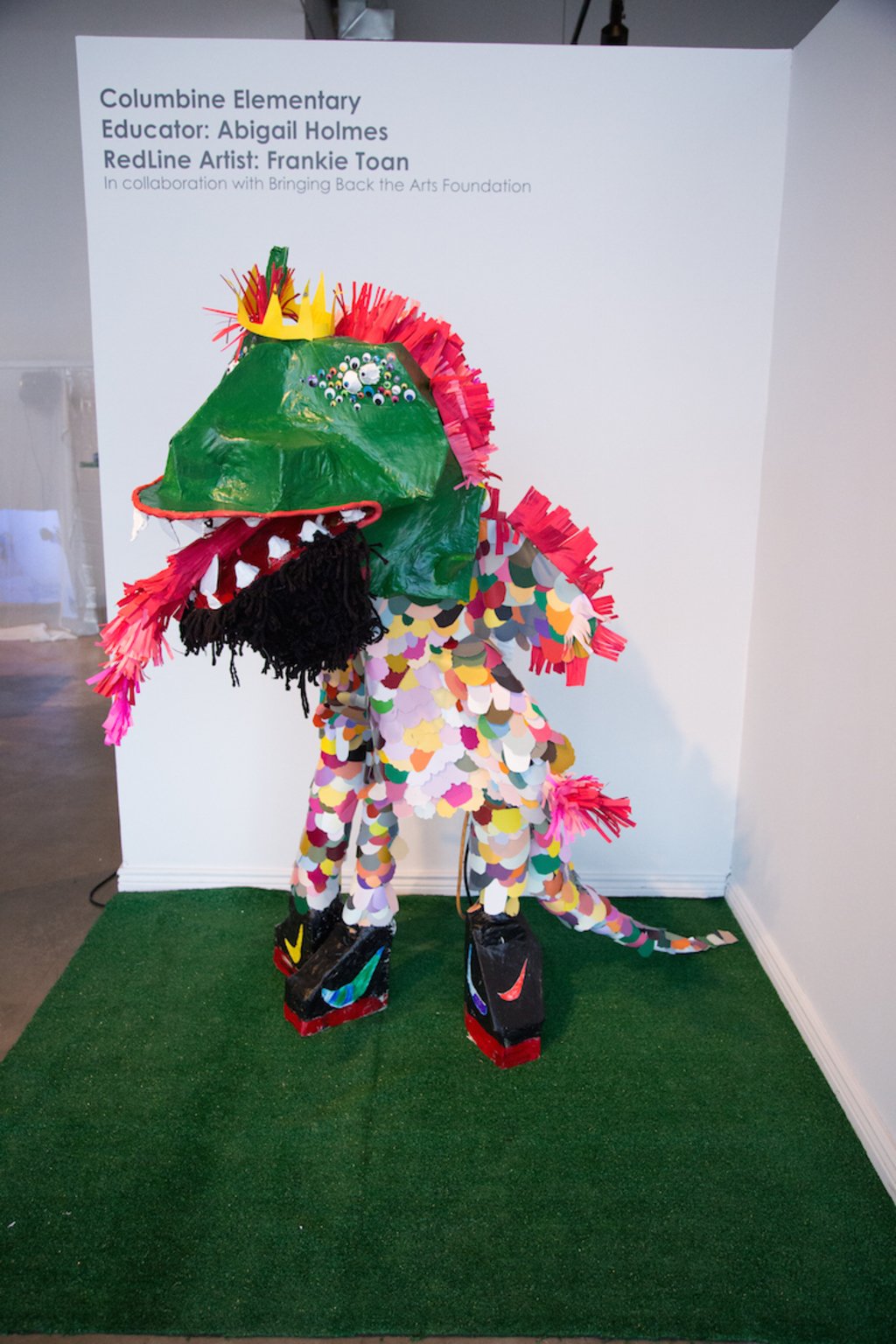 Even the installments are done by the students. Photo by Raverro Stinnett

When you see the work these kids have done, in the eight years since the inception of the program, it is no wonder that other communities are jumping on it. Gallite pointed out, “people always talk about art as self–expression, but RedLine believes, and I personally agree that it can go so far beyond that. Kids tend to think of art as something you are good at or you aren’t, a passive activity rather than something to be engaged and passionate about. I love Epic because it gets kids to think that social change can happen by creating something.”

On May 21 from 1–4 p.m. join RedLine at 2350 Arapahoe Street for this semester’s art show, featuring eight schools from the Northeast part of Denver.