The Who Celebrated 50 Years in One Night with Denver

The Who left a piece of rock-n-roll history at the Pepsi Center on Tuesday, March 29. Opening with their hit, “Who Are You?” the crowd, filled with elderly grandparents and young teenage hipsters alike, jumped to their feet to jive along with lead singer Roger Daltrey and guitarist Pete Townshend. Aged 72 and 70 respectively, the two founding members of this iconic U.K. band proved they still held the mysticism of rock-n-roll inside of them. 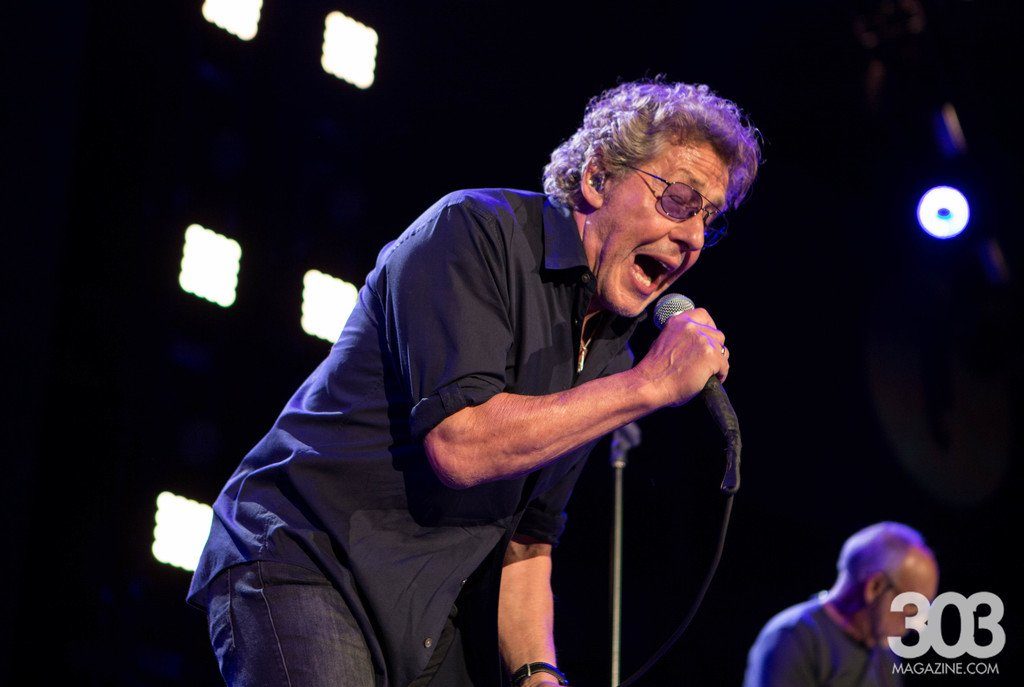 Of course, the two members joked about this being their lucky 13th show of the tour and seeing beautiful crosses in the state of Colorado (green crosses that titter off buildings in downtown Denver), and used this material to segue into explaining where some of their songs came from. For the “Kids Are Alright,” Daltrey explained how it came from when he knocked up a girl at 19 years old (his words, not mine). It was fun to hear the two men laugh back and forth, and the graphics on the screen behind them often paired old band footage to the current songs they were chiming. I am sure many of the adults in the arena knew and cherished the bands’ stories — the elderly man seated next to me held a smile the entire time, as if he knew the secrets of how wild the 1960s were.

Wearing purple-rimmed glasses reminiscent of the ’60s, Daltrey’s widely known charm and charisma flaunted from his being that not even 50 years of rock n roll could erode. “We never got a hit until 1967 with ‘I Can See For Miles,” Townshend stated, “Even though Daltrey was getting in trouble with the women back in 1962.”

Even though Daltrey captured young women’s adoration, he was often called the “Dad” of the band. Daltrey credits the musicians staying together throughout the years because of his proclaimed sobriety, as if his clear head became the glue, the stability to The Who. Whether that is true or not, their fanbase is one to covet in the rock-n-roll world. 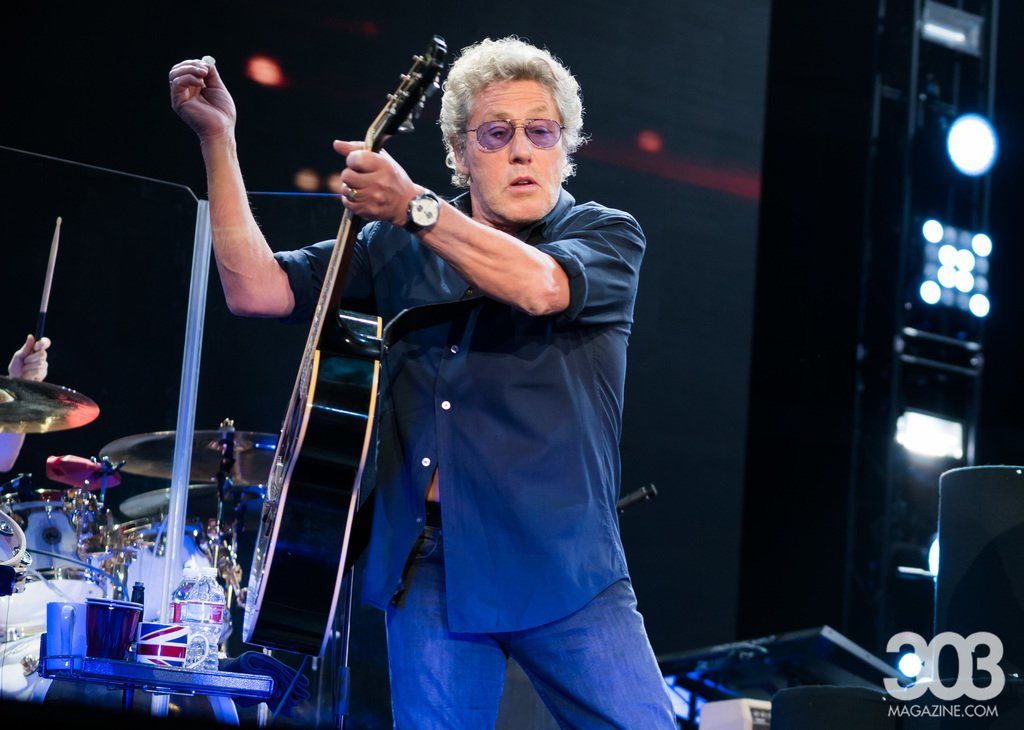 When “My Generation” came barreling through Townshend’s fingers on the guitar, Roger pranced around the stage like he was the same age as the youthful Daltrey in the graphics and footage on screen behind him. I couldn’t tear my eyes away from Townshend’s performance, however. His relationship with the guitar was that of longtime friends, the type where no words are needed to communicate understanding of one another. His arms went round and round his instrument, echoing to the 1960s over-the-top rock-n-roll displays. “We all know I had a complex with destroying guitars,” he laughed with the crowd, becoming sentimental at times with his memories. 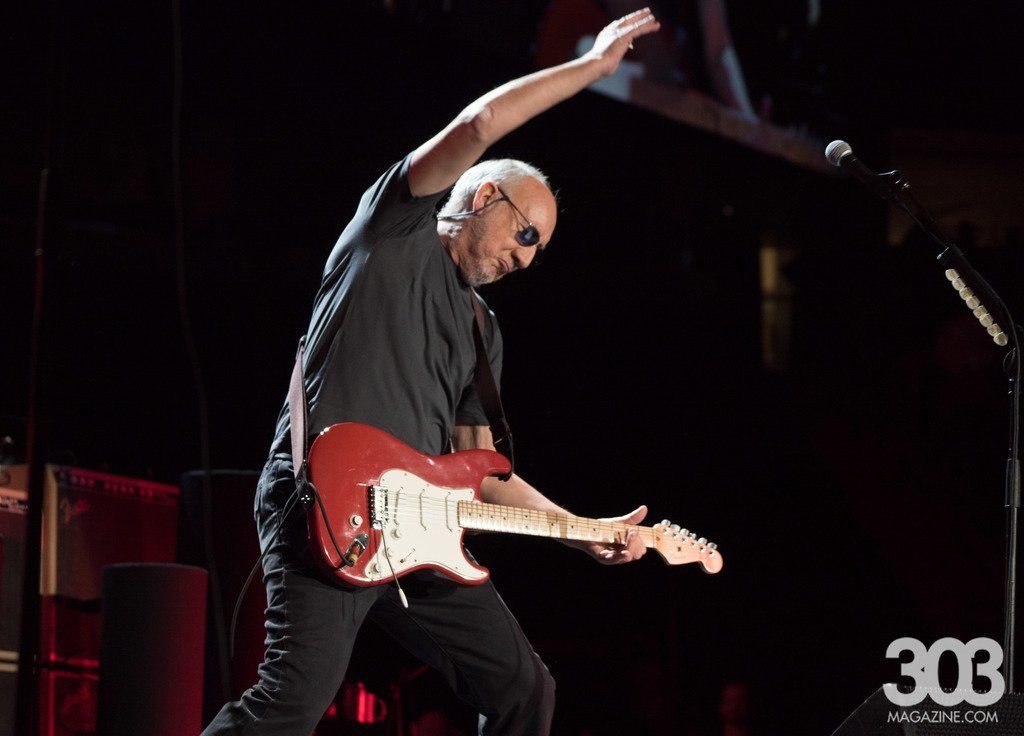 However, “Pictures of Lily,” did not inspire the same tenderness. “It’s a creepy song, really,” he chirped, and Daltrey added an of “course, it’s about wanking off.” I choked down a laugh — they are boys to the core, maybe the same boys that started this journey all those years ago in a tiny London apartment. Their set list was compiled of hit after hit–”Behind Blue Eyes,” “Bargain” and “Join Together”—played consecutively and it was clear how comfortable the instrumentalists and leads were commanding such a large arena. Maybe once you’ve played at the Woodstock Festival, you can play anywhere and own it with your stage presence. During “Bargain,” Daltrey hit every note, showing off his easily recognizable vocals. “With you, I’m gonna drown / An unsung man / I’d call that a bargain / The best I ever had,” he belted out, expanding his voice with each pressing stanza. 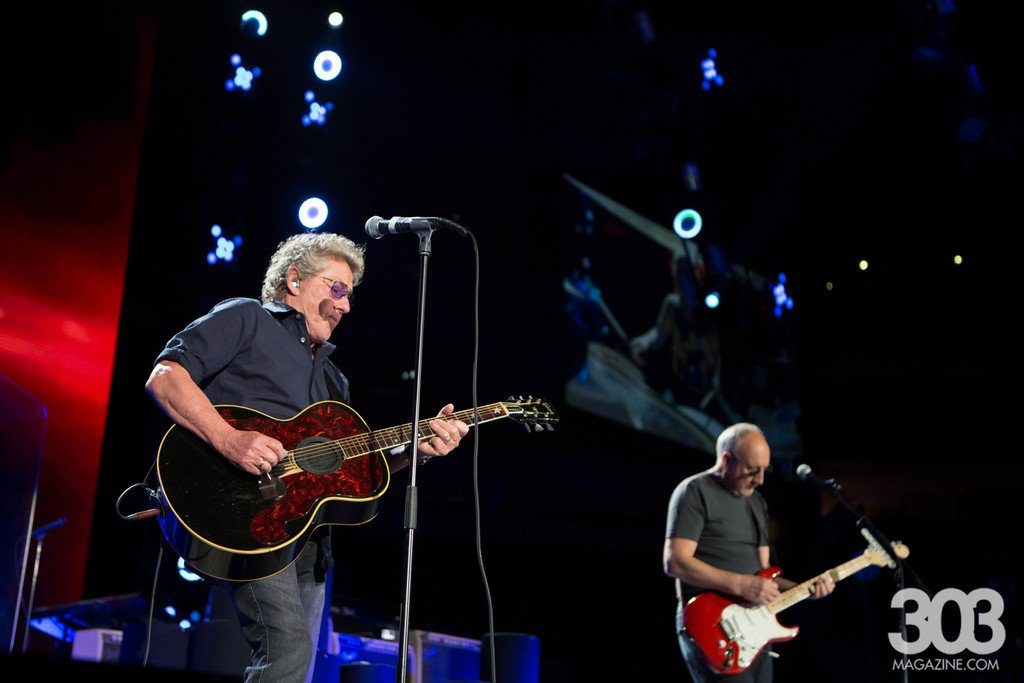 Pickling guitar strums added a bit of intrigue to the stage when war and peace imagery splashed onto the screen, stemming from the 1960s to the current present conflicts in the world. Unfolding into one of his strongest moments yet, Daltrey released his high soprano to deep baritone in the song, “Love, Reign O’er Me.” Then, a delicate dance through intricate keys and heavy drum beats came into play. The atmosphere suddenly shifted as a certain famous song had finally entered the space.

Keys that formed audio circles in our ears, the ones that spiraled us inwards until we couldn’t help but dance, keys that were then backed by piano chords and Daltrey’s striking voice—the Teenage Wasteland was upon us. Nearing the end of the night, the crowd swung their heads back and forth, singing along with Daltrey. The whole band was jamming out—to them, performance and live music is what rock n roll is all about. And their glee was palpable.

Roger’s words stuck with me and burst alive during the last half of their show, “All these [songs] were written to contain the essence of what we are all here for — rock music.” 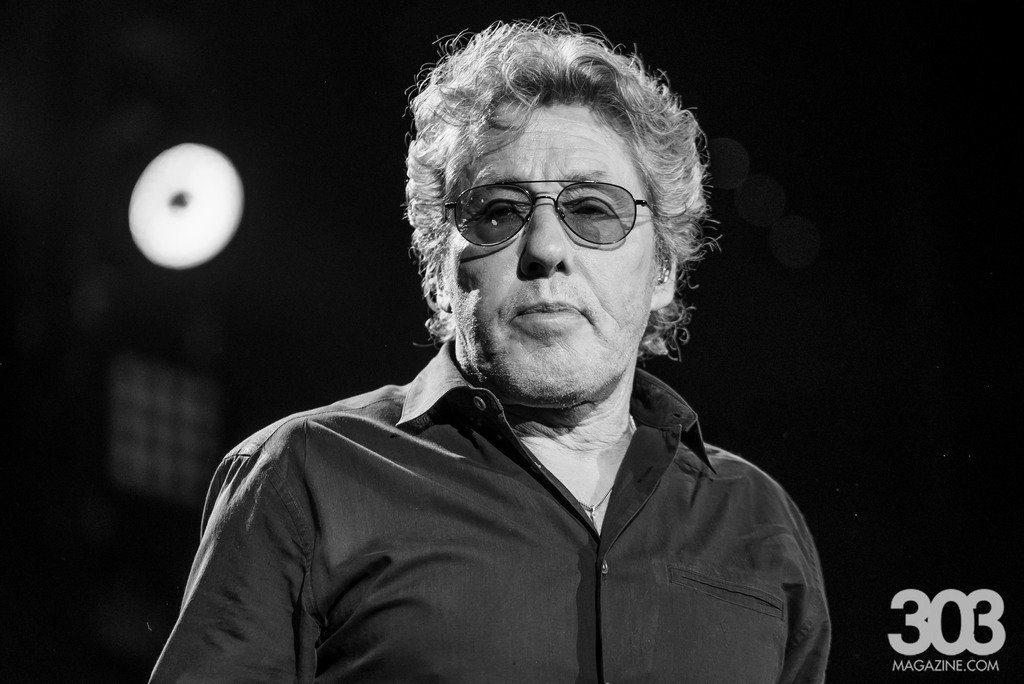