While the past several years were big for Denver’s dining community, 2015 can be seen as a snapshot of its change. This year, we saw a staggering amount of restaurant openings—competition increased and first-time owners, as well as, industry stalwarts, experienced significant success across a variety of concepts and cuisines. But we also witnessed major closures, including the departure of iconic institutions like Le Central and Tom’s Home Cookin’  that, for decades, defined the Denver culinary scene.

It’s evident that with these fluctuations, the city has reached a turning point. That’s why, as we head into 2016, we decided to take the pulse of Denver’s top talent. Here, a handful of chefs—seasoned vets, first-time restaurant owners, and everything in between—dish on the ups and downs of 2015. 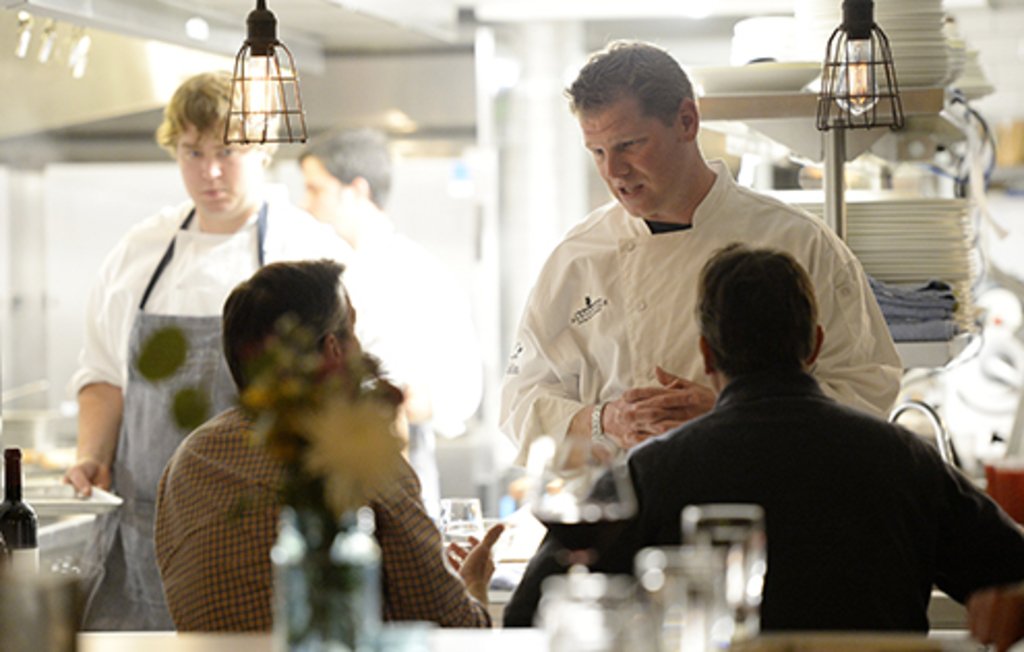 What’s your favorite thing you ate all year?

I am thinking back through the year, and many things come to mind, but most recently at a dinner at Abejas in Golden. I was smitten with their house-made pancetta.

Cauliflower turnip gratinée at the Plimoth. Duo’s fried chicken [is] always one of my favorites.

Carrie Baird, the chef at Brazen, cooked my husband and me a 5-course menu of deliciousness from her heart!

What are the benefits of cooking in Denver? What’s one thing you’d never change about Denver as a food town? 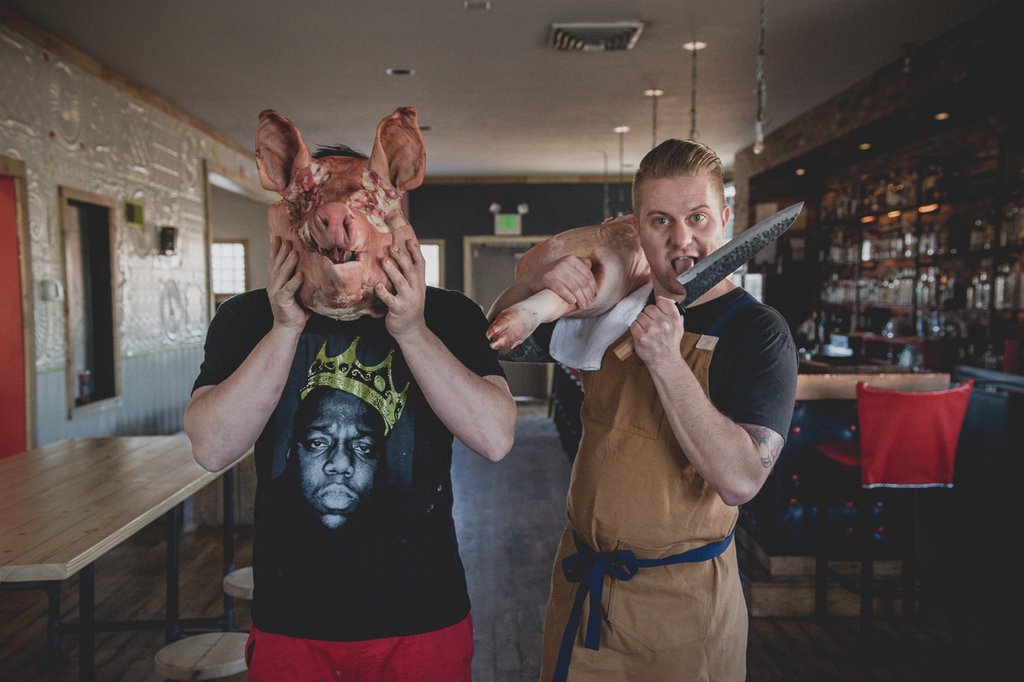 I moved here in 2002 when the dining scene was just beginning to improve. Our city has exploded over the last few years, and it is great to be part of a city that is growing and developing a national food reputation. It is rewarding to be a part of such great local momentum, with our city pushing the quality and integrity of the food.

One thing that strikes me in Denver as a food town is the camaraderie of the chef community. I feel like we are all brothers and sisters working in our own right to present our styles. However, I always feel I can call on a number of chef colleagues for help or to ask a question.

There are a lot of transplants that bring a lot of different ideas and culture to Denver. However, this is not reflected in the dining public.

Denverites are passionate about eating and living life—the lifestyle supports our industry. They really embrace life and the fruits of the city, be that breweries, be that coffee, restaurants, these industries in Denver are all really supported here and in turn, healthy.

The benefits of cooking in Denver? You can rise quickly in the culinary scene if you can cook. And I would never change anything about eating on Federal. 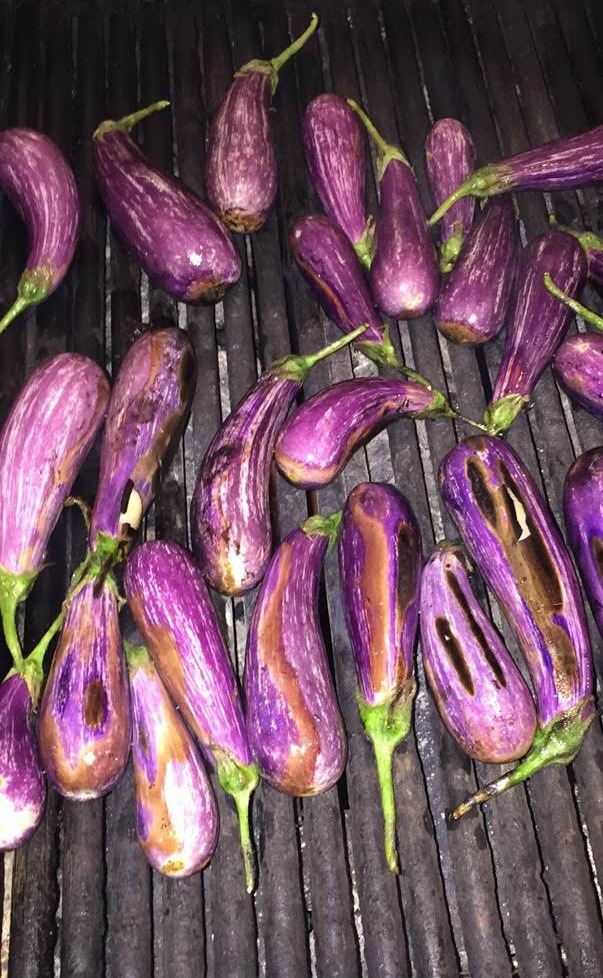 What was your favorite ingredient of 2015? What are you most excited to incorporate into your menu in 2016?

My favorite ingredient of 2015 was probably cauliflower. I think it’s very versatile. It can be fried, sautéed, steamed; you name it. I’ve chopped it up finely to make it into a risotto, pureed it into a béchamel for a pasta dish and featured it in one of my favorite dishes from Mizuna; Colorado Lamb with Curry Cauliflower and Lentil Berbere Stew.

Fairy Tale Eggplant is my current favorite, but farmer (Tim) grows it just for us at Rioja! As for 2016, summer beans and shelling beans are on my radar.

Reishi, a dry mushroom that has been used for over 2,000 years in Chinese medicine. I love it because if you put in chocolate milk, it adds this incredible layer of earthy bitterness that really just works. It’s surprising how unused it is and how many dishes it could actually be used in.

[In 2016, I’m most excited to use] crickets (and other alternative proteins). 80% of the world eats insects. They are a complete protein source, containing all the essential amino acids. At Linger, we’re really excited to incorporate crickets (cricket tacos). Also, for every 100 pounds of them that you get, you get 60 pounds of edible cricket protein, as opposed to beef where you get 5 pounds.

Can you name any food cultures, regions, or specific dishes that you wish you saw more of in Denver? Any you’ve seen too much of?

Anything middle eastern: Moroccan, Israeli, Afghan, and also Indian. There aren’t many options here for that, and each country has many different regional options. And good BBQ, not sauce-covered sweet stuff. No more Mexican food! I love burritos and tacos as much as anyone, but I can throw a rock and hit Mexican food anywhere in this town, and now everyone is opening their version of a Mexican restaurant. Enough is enough. 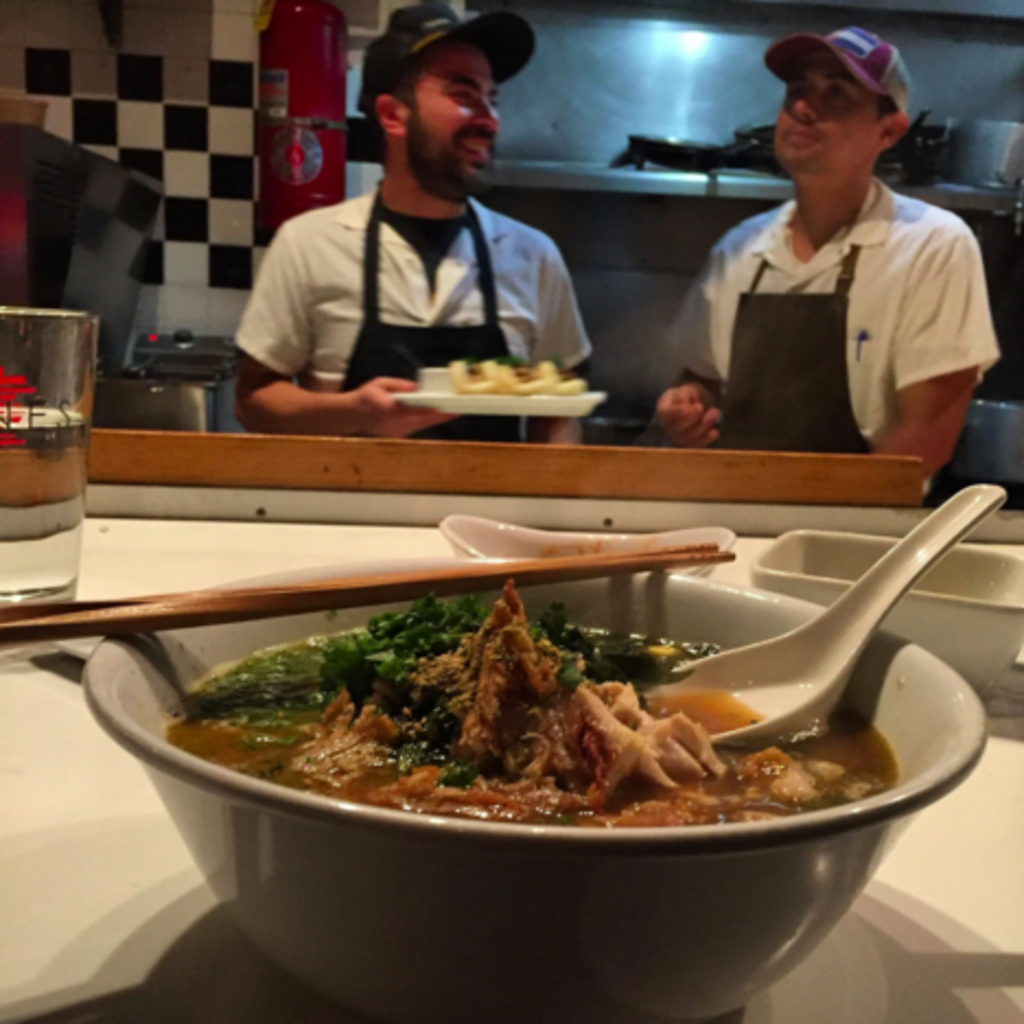 What was a memorable or frustrating moment you had in the kitchen in 2015?

Just last week, one of my cooks lost control of their cleaning rag, and it went to the roof of Union Station and got stuck in our hood fan. It required a crane and a day of closure—and many unhappy guests.

We opened a restaurant in eight days at Ophelia’s: from the time we had the health department permit in our hands, to our soft opening, two days after that we opened to the public. The staffing famine of 2015 was frustrating. With so many restaurants opening in the city, the labor pool was extremely limited given the amount of restaurants needing staff. With Denver as a bustling food city, this is both a blessing and a curse—on one hand, it creates a demand for exceptional industry people, and, on the other hand, it can lead to brutal levels of overtime.

There’s been a big boom, and there’s going to be some fallout, as expected with any other industry.  You are going to see the good restaurants do well and see some new names appear on the horizon. I think we will see a lot of younger chefs around Denver as we started to see in 2015.

Denver is progressing, I think we’ve had a lot of opening and a lot coming… We will see if the bubble grows? Or pops? 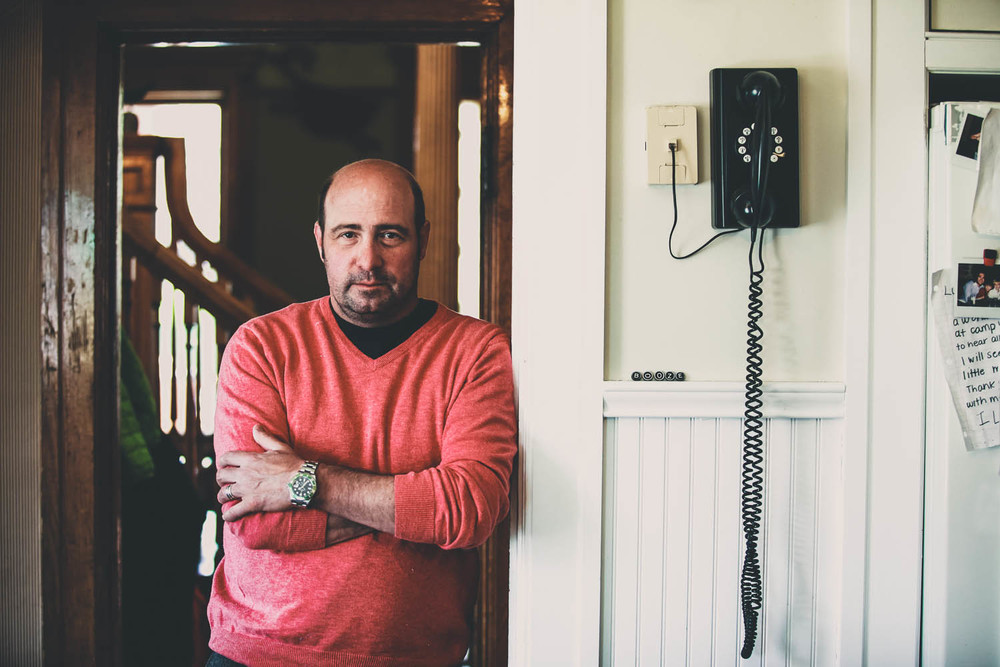 Do you have any grievances about cooking in Denver? Is there anything you would change about the Denver dining scene?

No grievances. I am happy with Denver’s dining scene right now. I do wish that quality outweighed quantity. I feel like many people think they can open up shop just because they worked in a successful place and it is easy to duplicate. This creates some mediocrity in my opinion.

I would change how food is perceived and approached by diners in town. I’d like to see a more progressive approach to cooking and cuisine in town. [I] still don’t think Denver is ready for it.

Any food trends from 2015 that need to die? Any worth

I hate trends and ignore them. For instance, pasta is hot again, but when was it not?

Nothing really needs to die because I like everything. We just need to put some things in park and throttle up some others. It seems like people see someone’s successful idea and then try to copy it. We need more people taking risks—that’s what makes a food town exciting. Case in point: Chicago.

Which restaurant opening or concept are you most excited for in 2016?

The Frasca boys—Bobby Stuckey and Lachlan Mackinnon-Patterson—should get their new place open in the Central Platte Valley. I am excited for that!

Coperta! I love Paul. I have the biggest boy crush on him.

The Central Market at the H.H. [Tammen Building] if they can pull off what it sounds like they want to do: a diverse market with small stalls and vendors (I guess what people in Denver call a flea market, even though everything at the Denver Flea was the same). Like the Westside market in Cleveland, I think this can be very beneficial for Denver. 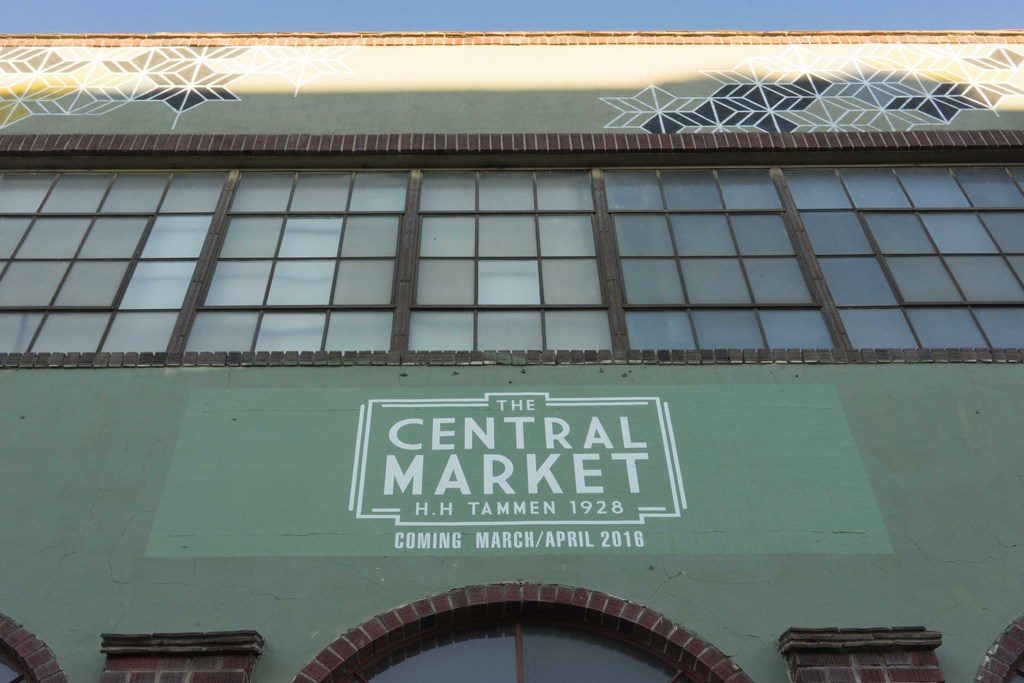 Introduction and questions by Trenton Reed in collaboration with Brittany Werges.