Driving down the stretch of Denver’s South Broadway between 1st and I-25, you’ll see the makings of a developing neighborhood. Vintage boutiques and art galleries are nestled between new restaurants with gaping garage styled-windows rolled back to reveal a busy dinner crowd. On weekend nights, you’ll see more than a few bars with people waiting to get in. Around 1 a.m. it’s almost a sure bet, Pie Hole, the late-night pizza joint, will have a line out the door. Overall, South Broadway is typically a busy place, with almost every corner having its niche of activity. But for almost a decade, there’s been one spot that has remained eerily unoccupied. 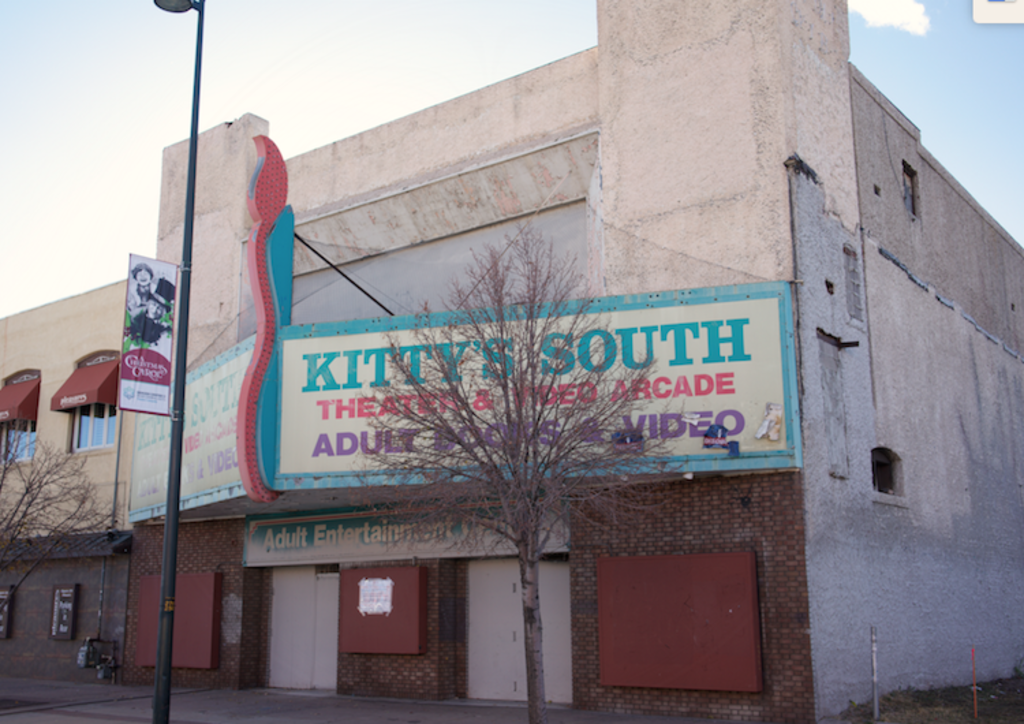 Kitty’s South Adult Theater and Video Arcade closed in 2007 and had remained vacant ever since. The X-rated theater, which once gave patrons an array of seedy delights, has increasingly become a visible outcast while its surroundings have attracted new business. But as of this week, it seems that someone is hoping to change that.

Denver-based SourceRock Partners are planning to revitalize Kitty’s South with hope for it to potentially become a distillery. 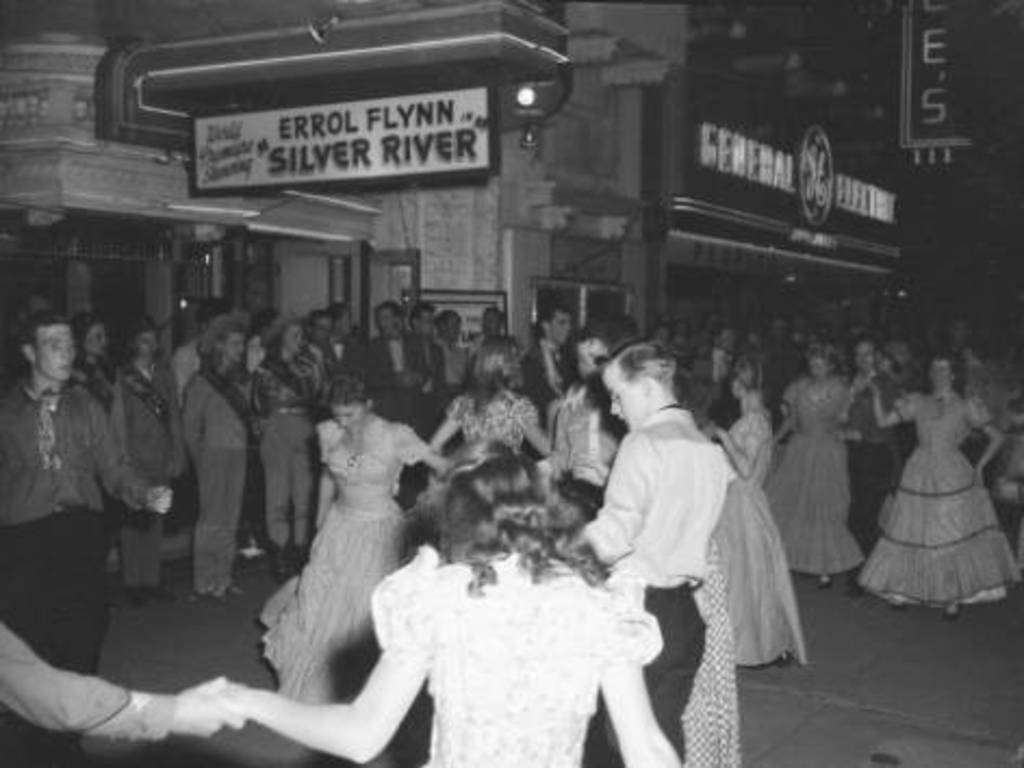 “We have so much space in it that we love the idea of creating a great urban distillery,” said Wade Murphy, a partner of SourceRock. “Have a number of permitting hurdles to go through. It’s too soon to promise anything, though… but our design projects are centered around that.”

According to Murphy, the goal is to restore Kitty’s South Building to its former glory as a center of community activity. Once the Webber Theater, the building saw its heyday in the 1940s when movie premiers such as that of “Silver Runway,” an American Western starring Raoul Walsh (pictured above). Currently, there is hope that some of the design features of the former theater will be eligible for restoration despite minor fire damage. However, Murphy and SourceRock’s plans for the building have another paths as a petition for non-historical status has been posted on the building, which if granted could allow the building to be demolished.  Murphy explained that the goal of the revision was to keep much of the former look of Webber while having the ability to clear away its adult theater past.

“We are using the Webber design as a strong guide…We want to keep all the great things that made it cool in 1920s and make it safe. Make it appropriate.” 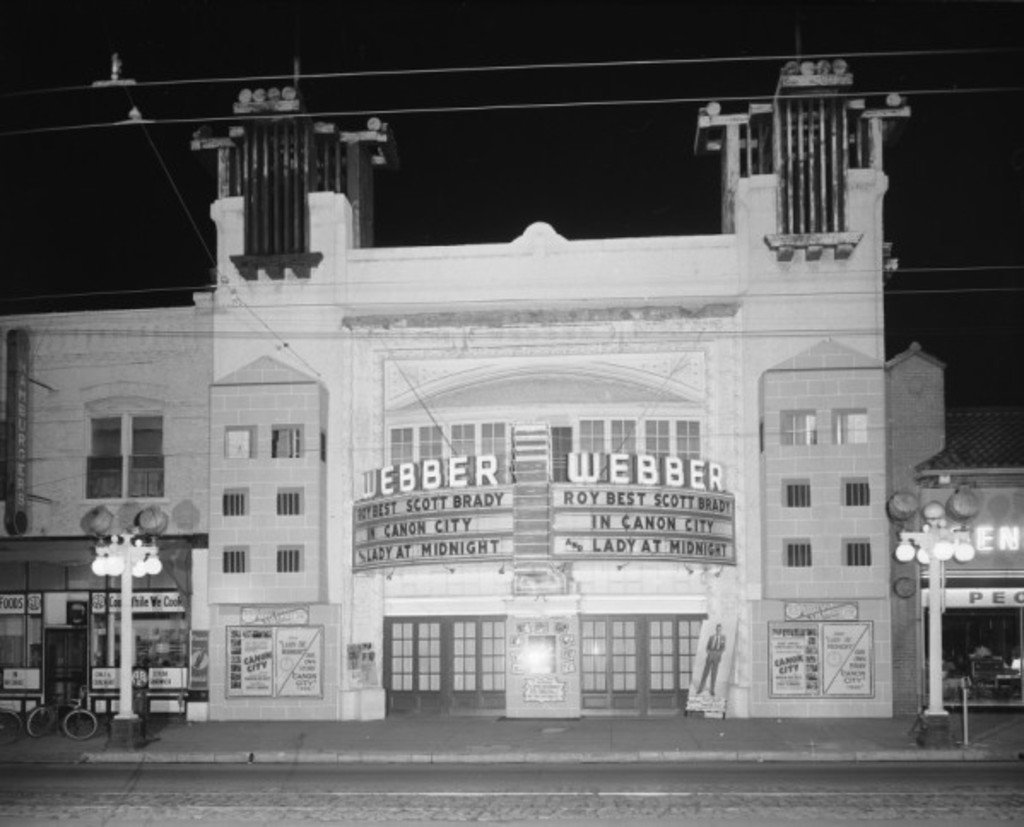 “We want to be able to be responsible for the history of the building,” said Murphy in regards to their construction plans. “Right now there’s a lot of plaster and chicken wire.”

However, this doesn’t mean that Murphy and his team plans on doing a full restoration of the Webber.

“We are using the Webber design as a strong guide…We want to keep all the great things that made it cool in 1920s and make it safe. Make it appropriate,” said Murphy “Our aesthetic will be very Art Deco.”

Murphy explained that they are also aiming to have a tasting room to go with the distillery but does not have any design projections for a restaurant or even a kitchen. SourceRocks also owns the vacant lot next to Kitty’s South, ut does not know what will occupy that space.

Currently, with permitting issues and construction barriers, it’s also too soon to give any exact projection on an opening date for the re-birth of Kitty’s South. There’s even a possibility the old theater might transform into something else other than a distillery. So for now, it’ll remain as is, and life on Broadway will continue to bustle. Hopefully one day, that southwestern corner of Bayuad and Broadway will join in.

[UPDATE November 18 at 10:42 p.m. The description of the effects of non-historical status were updated to reflect possible outcomes if the status is granted]