The Morning After – Revelry is a Bright, Lively Addition to Berkeley

What: A Denver a.m. eatery serving shared plates, breakfast and lunch entrees and cocktails in a newly redesigned space—complete with outdoor patio.

A few months ago, this publication featured a short list of the most notable weekday brunch restaurants in the city. Revelry Kitchen was not yet open at the time, so it was not included on that list. Let it be known that it now belongs there in spirit… 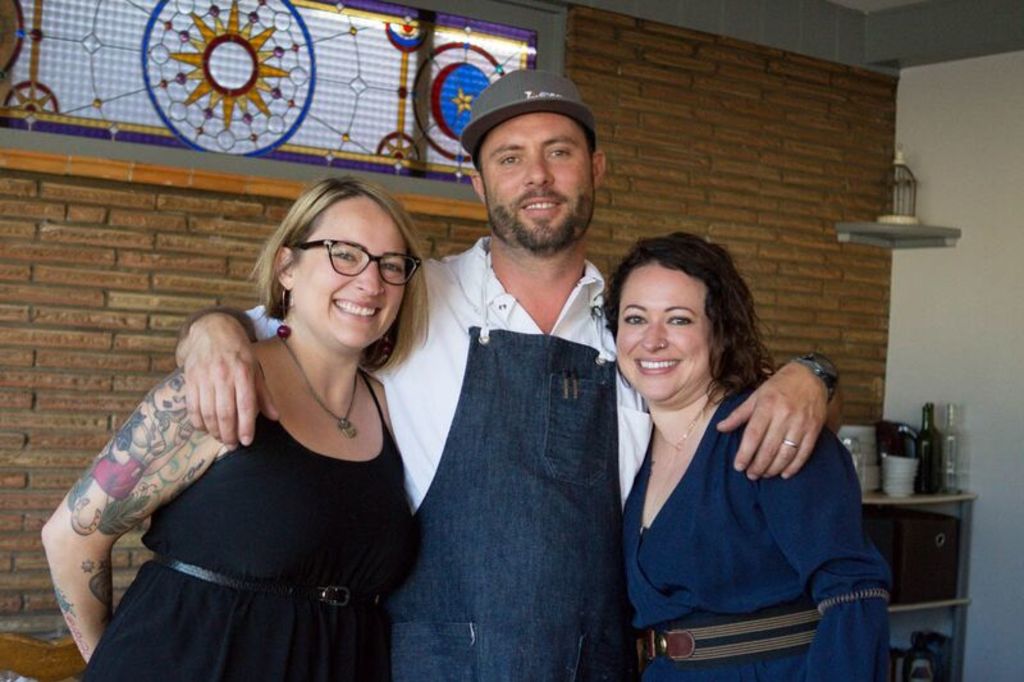 Sisters Sara Harris and Vanessa Harris Tuel opened Revelry Kitchen with their mother, Robin Harris, at the end of August. While neither family member lives in the neighborhood, per se, they knew that bringing a 7-days-a-week a.m. eatery to a quieter, up-and-coming area was the only thing they wanted to do in a restaurant of their own. It was a good fit for Executive Chef Enrique Socarras (one of the 2015 Denver FIVE, Socarras had just returned from the James Beard House when we visited Revelry last week) who was eager to change things up himself.

Prior to joining up with Sara and Vanessa he had been moving around as a consultant and kitchen manager looking for somewhere to land, ideally without the stresses and constraints that come with working dinner services. Although brunch is a meal that many cooks find tiresome and repetitive, Socarras embraced it. “I just didn’t want the industry to dictate what my lifestyle should be like. Obviously I like to cook, and I will cook dinner, brunch, breakfast, lunch—whatever,” he said. “I’d say the selling point for me on this union was when I came and met [Sara and Vanessa] at the space and thought they were completely out of their minds,” Socarras joked. “They had so much passion, so much belief in this space…we had to put in a lot of work but I knew it could be great.” 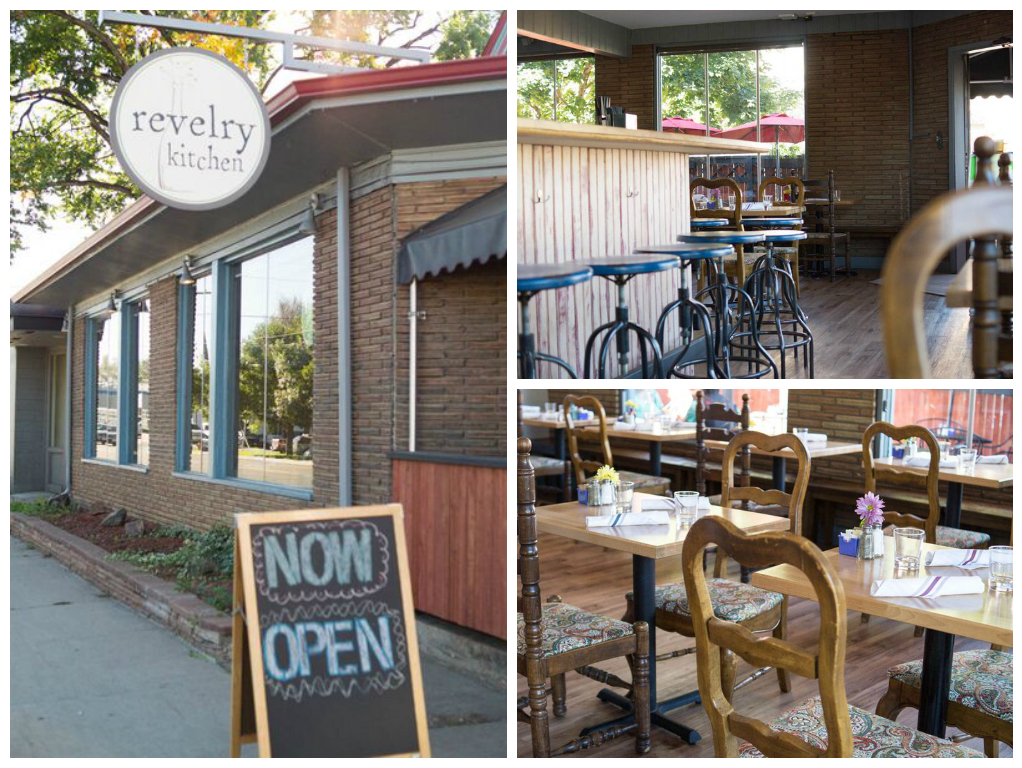 Because of all the time and effort that went into the renovations, Sara, Robin and Vanessa are used to customers being a little confused about the location. For years the space had been the home of Indulge French Bistro, which had a rather dark and well-disguised façade that blended into the strip—stylistic choices that reflected priorities other than the airy, brightness the Harris family naturally wanted to characterize in their a.m. concept.

They had all hands on deck exposing the wide windows and redesigning the bar and kitchen areas to open up the space. It took some unexpected partnerships and luck to pull everything together. The sisters’ manicurist designed the restaurant’s logo while Adam Marshall, a friend of the family, built a new bar for the restaurant. Marshall also adjusted some of the woodwork and shelving to better accommodate the front-of the-house team and added a gate to the outdoor patio.

The bar is the hub of the space, overlooking the kitchen window, while familiar rustic wooden tables and chairs, upholstered in a zany Paisley design, help to contextualize Revelry within common expectations of warm, cozy environs for brunch. 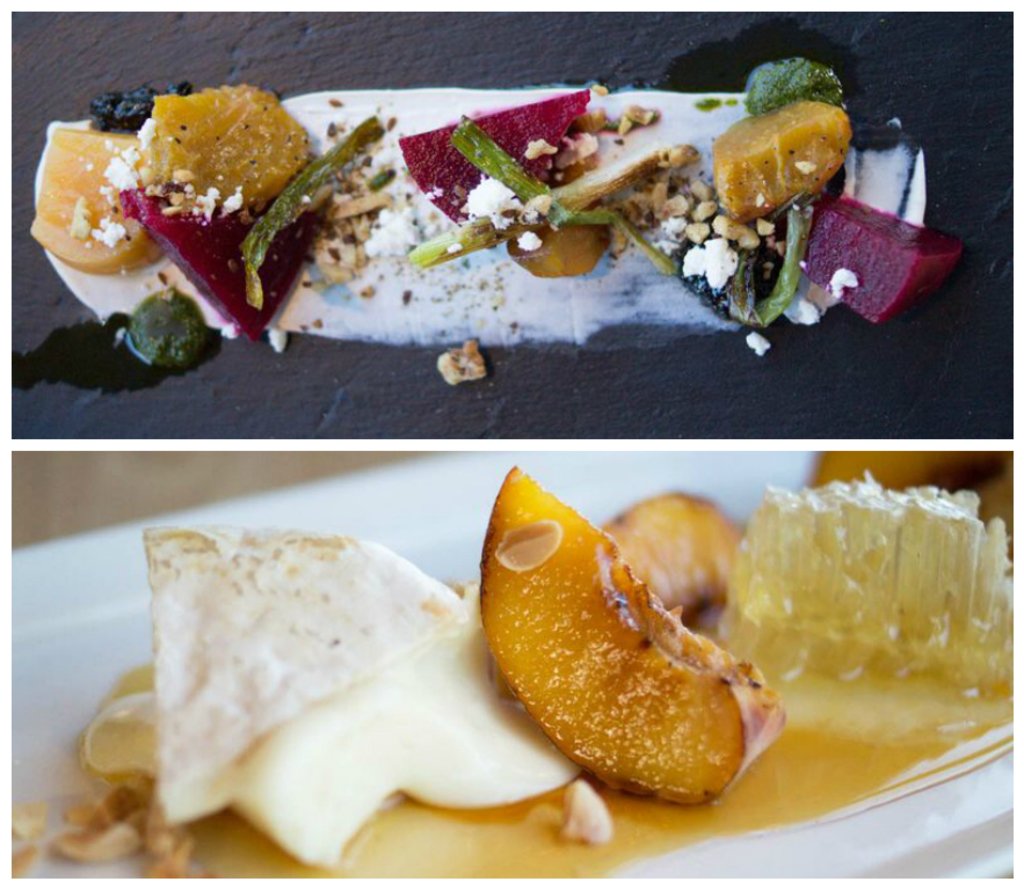 Socarras is perhaps most well known for co-founding the popular Cuba Cuba Café and Bar restaurant group. Although this experience and namely his Cuban heritage has surfaced in some of the dishes he created for Revelry Kitchen — including, naturally, a Cubano sandwich ($11) — the plentiful breakfast and lunch options do not owe allegiance to any one influence. Rather, Soccaras has blended local and popular ingredients to build a from-scratch menu that covers its bases and adventures off the beaten path in very tasty directions.

The Northside Rancheros ($11) and Roasted Vegetable Hash ($12) have both been well received during Revelry’s infancy, as have Socarras’ Chicken and Waffles ($13). While main dishes like these will meet the appreciation of those looking for big crowd-pleasers, the other half of the menu, made up of small plates and sweets, culls the kind of unique pairings that make brunch a worthy enterprise for foodies. Creations like the Beets ($7) plate, with haystack mountain goat cheese, arugula pesto, balsamic & fig jam, dusted with grilled onions and walnuts, and especially the Milk & Honey ($9), with Fruition Farms cheese, honeycomb, fresh fruit and marcona almonds are comforting alternatives to the occasionally too-substantial fare with which brunch is commonly associated.

Sara and Vanessa relayed the origins of the restaurant’s name as a eureka moment while reading a magazine. They’ve copied the definition right on the menu (“loud and boisterous activities, especially involving alcohol”) so their customers know exactly who they are and what they’re about. If you’re not much of a morning person and are careful with whom you keep company first thing in the morning, you’ll do well to join the sisters at Revelry Kitchen. Between their vision of a friendly community and Socarras’ competitive new menu, the restaurant joins the slim, yet indispensable ranks of daily a.m. eateries.