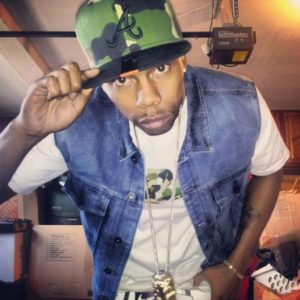 If sex sells, controversy sells even more. Lil Bad, an MC from Colorado with a calm but commanding demeanor and more rhymes than a little bit knows how to get the rappers all worked up. Lil Bad’s latest record Colfax District came out in July and the MC has been building his acclaim ever since. What started as a Facebook post that celebrated artists from the city he felt emphasized real talent in Denver, turned into days of raps churned out at epic intervals in a “32 Bar Challenge.”

Some were exceptional, like Squizzy’s AP, others were mediocre but worthy of respect, like Young Tenner’s and others were so bad they’re not worth mentioning. The idea, it seemed was to see who would step up to the plate in a game of friendly competition. The scheme, one which was premeditated, Lil Bad says, more than worked. The rhymes started coming faster than you can say “go.”

For some, it got so good, they chose to release more than one version of their track, as is the case with Trev Rich and even Lil Bad. Calling himself the Alpha and the Omega, the rapper got loose one more time. For fun.

Because we like to keep you up to date with the latest in all things rap related, we’ve turned Rap Power Hour into the “Controversy” edition. We’ve compiled the top tracks that stand out and have them listed for you here (in no particular order). We also chopped it up with Lil Bad about the point of it all and why he says the music scene in the city is dead.

This whole thing was premeditated, you know? It’s a marketing scheme to get the people involved. I started it off with the post I made because I knew that would get the people fired up. Countered it with the “Controversy 32 Bars” freestyle and went straight to Russ P and laid it down. No written lyrics before-hand, none of that.

When you say get the people involved, do you mean consumers, fans of rap music or the MC’s?

When I say the people, I mean the consumer. As far as music goes, the city is dead. A lot of people put out an album and that artist album will be hot for two weeks. It’s always the same artist and their fans. Me and Trev Rich don’t have the same fans but this is to get everyone to get involved with the music. Not to cause separation but to get everyone to pay attention.

How many people have stepped up to the challenge?

They are continuing to be released even today so at this point it’s hard to say. There’s way more than 20, though.  A few of those were just shot on camera phone and wasn’t recorded at the studio. I really didn’t want them to do it like that. I wanted real bars, a mixed and recorded track. That’s how we make them step up to the plate.

So what’s the plan?

It seems like it went from a friendly competition to being taken very seriously and mentioning names.

Well, when I initially did the “32 Bars” I didn’t say any names, I know it could go two ways it could go far left or it could go the right way. I didn’t want anyone getting offended. You got some real street cats out there that might not take it as I would take it. Some people might take it as a diss. A lot of people were saying how it isn’t controversy if you’re not saying any names but I think it could go either way.

Your name has been mentioned a lot. Are you offended at all?

Me personally, I’m not taking it as an offense. Tytanik did one and he based his whole 32 bars around me. He took his personal. I didn’t get mad, I didn’t go write 1000 posts about it.

What do you think artists in general, not just from Denver need to do to make it?

I would see we need a lot more people working. When I say working, I mean really working, like travelling. A lot of people just think that recording and dropping a CD is all you gotta do. You gotta touch the pavement, touch the people and try everything. I would say we need more artists pushing the line for the music. A handful of artists that got a buzz outside of Denver and there needs to be more.

Who are the top five rappers in the city? In no particular order.

In no order; Esi Juey for his wordplay and his beat selection.  Trev Rich, Ray Reed, LKeys and Young Doe. I would say that’s my starting five.

While there were numerous “32 Bar Challenge” responses, we couldn’t include all of them, obviously. In no particular order, here’s the rhymes and rhythms that stood out the most.

Esi Juey, employs a bit of a Rasta flow and keeps it pretty cool with his freestyle. A character in the scene who is well respected, this seems to be more about love of the game than a real effort to piss anyone off. He chooses a beat that is a perfect complement to his rhythmic flow. Listen below.

Young Doe’s inclusion was a bit of a surprise. He tends to be an MC who reflects on his own life rather than dabbling in potential rap beef.  He stays in the pocket and does what he knows best; that is letting everyone know he’s come for the crown. By any means necessary. Listen below.

Buggz is an MC who represents the KMG Studios family. I’m certain we’ve heard this verse before, possibly as a throwaway from the Three Project. We’ll let it slide, though, because freestyles weren’t ever a part of the rules and quite frankly, he rides this beat off into the sunset. Listen below.

Trev Rich is arguably the hip-hop artist most likely to “make it big” out of Denver. This didn’t stop him from throwing his two cents in (twice. He actually put out two freestyles) to prove his position in the scene. His contributions were absolutely excellent and shows he can pretty much rap over any beat and for any reason. Listen below.

Mr. Midas is not the MC with whom to be trifled. Although he’s a family guy who always has hilarious words of wisdom, he didn’t take too kindly to being called out by other rappers in the scene. Using a picture of Suge Knight as the cover photo for his track and spitting over a classic New York beat, he went in, and laughs the competition off the stage. Listen below.

This challenge was absolutely made for AP. The Squizzy member can typically rap for days if you’d let him and his track “Peace and Quiet” proves he’s got nothing to prove. He puts an end to all of the competition here and does so with exasperated measure. A “look what you made me do” of sorts, AP is the one to watch, as always. Listen below.

UTICA is “Undeniably The Illest Cat Around” and for good reason. Not only did he choose the hottest beat for his voice, he kept it cool, cordial and brilliant for his bars. He makes a bit of a mockery of the challenge with his effortless flow and well-timed verses. Listen below.

A’Dula made the mistake of talking too much in the first two minutes of her track. If we haven’t learned anything from Biggie and Tupac, you rant at the end, not the beginning. Nevertheless, she takes shots at Lil Bad for not releasing the beat he initially used, before saying she gets “bisexual on the beat.” This means she’ll beat man, woman, or child at this rap shit. Listen below.

Tuxx the GoBoi gets super personal in his verses. Mr. Midas is a direct target, as is AP but he seems to have no problems issuing these fiery raps. Tuxx considers himself above the rest and a bit of royalty so it’s no surprise he opens up immediately as the bad guy. Listen below.

K.L. Tha General uses Drake’s “0-100” beat to open his chest of controversy before going into The Clipse “Grinding” beat. Saying he’s “writing names on his bullets” Mr. Midas is once again a target (that guy can’t catch a break) as is LKeys and other MC’s.  Listen below.

Jimmy Murphy is typically a singer so to see him step into the rap ring is immediate cause for controversy. This one stands out for its boldness alone. It’s rare many R&B singers are willing to get their hands dirty and well, you should press play on this as soon as possible. Listen below.

Koo Qua gets her Beyonce on in the challenge with her raps over the “Flawless” breakdown. Qua only uses a “bored” flow to prove nothing excites her in the rap game, except the ones she considers competition. A bit of a rap scholar, she gets busy on the mic before unleashing an insulting final few bars a capella. Ouch. Listen below.

LKeys is the MC who showed the most growth in the challenge. He steps outside of his typical rap scheme to address haters, naysayers and anyone else who is in the way. He doesn’t mention anyone directly but you can tell he’s not to be counted out. He’ll out rap ya, out trap ya and his hustle is stronger. Clearly. Listen below.

Yung Filthie’s flow is entirely dynamic, though he doesn’t seem to be concerned with the talents of other MC’s. He says his mama told him the world is his so there’s not too much more you can say about his confidence. Listen below.