Pros: Craft burgers + Craft beer = heaven. Troy Guard has crafted a unique menu and a one-of-a-kind experience. Try favorites like the Hipster, the Yankee Rose or Garden of the Gods, and save room for a Boozey Shake.

Cons: If the spot gets busy on opening day, you may be looking at a wait since there is not traditional fast-casual seating. It developed a wait-at-bar movement through the restaurant to make it more bearable.

SunnySide Burger Bar is a completely new, completely fresh ‘burger bar’ in Denver whose menu is an homage to the neighborhood’s rich history. It also boasts Troy Guards’ most creative innovations to date. From GM Kim Zelmaker and Head Chef Troy Guard, the probable keys to TAG’s success, SunnySide Burger Bar is an unique craft burger menu with a fresh, casual-fast hybrid atmosphere. These burgers will not be found anywhere else, and that is saying something among Denver’s busy burger scene.

SunnySide Burger Bar is an homage to the SunnySide neighborhood in Denver, just West of I-25 on Park Avenue. This area was once home to a lively and absolutely envied restaurant scene. This is now coming back. SunnySide Burger dedicates its menu items to the history of this district in Denver, with burger names like Little Italy or The Hipster.

As you walk in, the metal wired light fixtures and open bar beckon. The bar is the line, as the dynamic space seamlessly blends the two equally important aspects together. You are invited to order a drink, check out the best pairings on their menu with burgers and beers, as well as sit at the bar until you’re ready to order. You will only be able to order when a table is available. This allows guests to kind of feel the space out, to really see the menu, and really be invited to be a part of the experience. 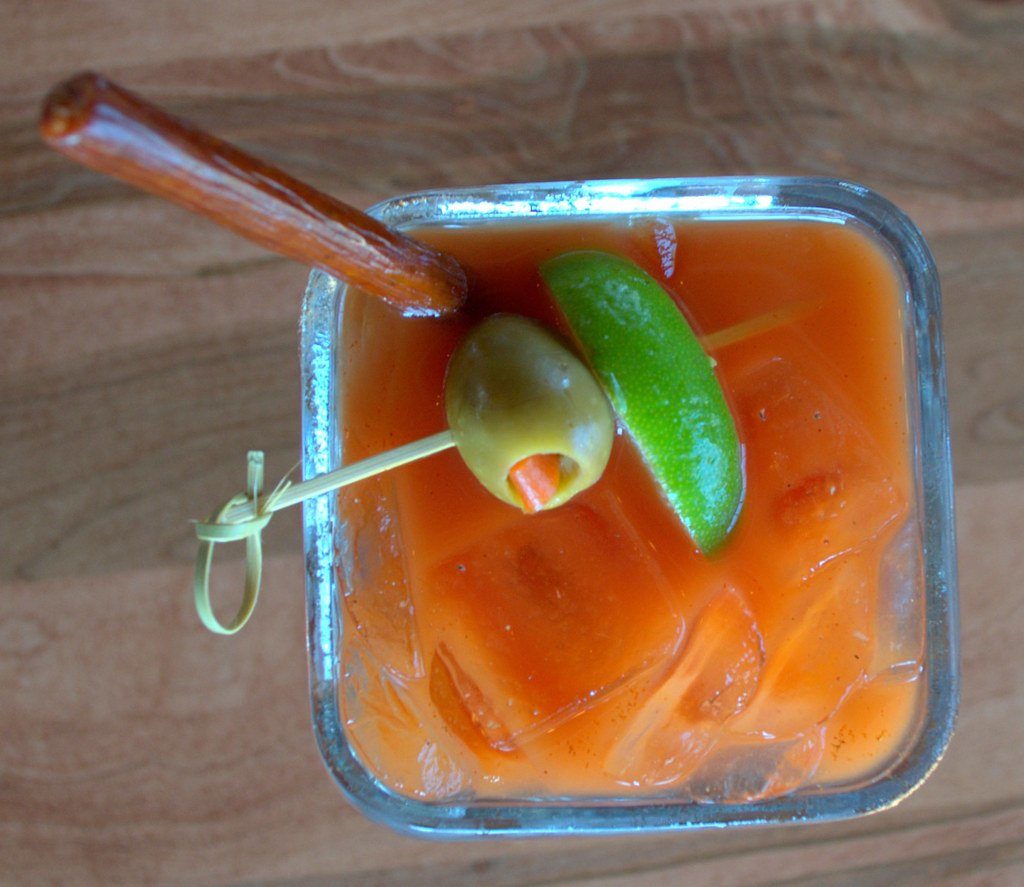 The cocktail program is also exceptional. Much like the entrees, these dishes are named for Denver. We have the monster bloody (along with a monster momo) that might take your breath away. You are given the option to “man up” and add another shot for just $1. Per the lovely Zelmaker, we have a slim jim as a sort of drink stirrer in this delicious drink. Who would have thought? They make the bloody mix in house, it is all freshly mixed with black pepper, cayenne pepper, lime juice, horseradish, Worcestershire sauces, tomato juice.

SunnySide Burger boasts house brews from Diebolt Brewery, including the refreshing and light IPA SunnySide Wheat as well as darker Braggarts Brown Ale. Diebolt is located mere blocks away from the new burger jointn (Sunnyside is taking locally sourced to a whole new level). The beer and cocktail menu are on point, rotating seasonal drinks as well as taps (over 20 taps in house) will make the place a happy hour haven.

“It’s just fun. Everybody loves meat sicks. Everyone else is doing bacon, why not do a slim Jim?” 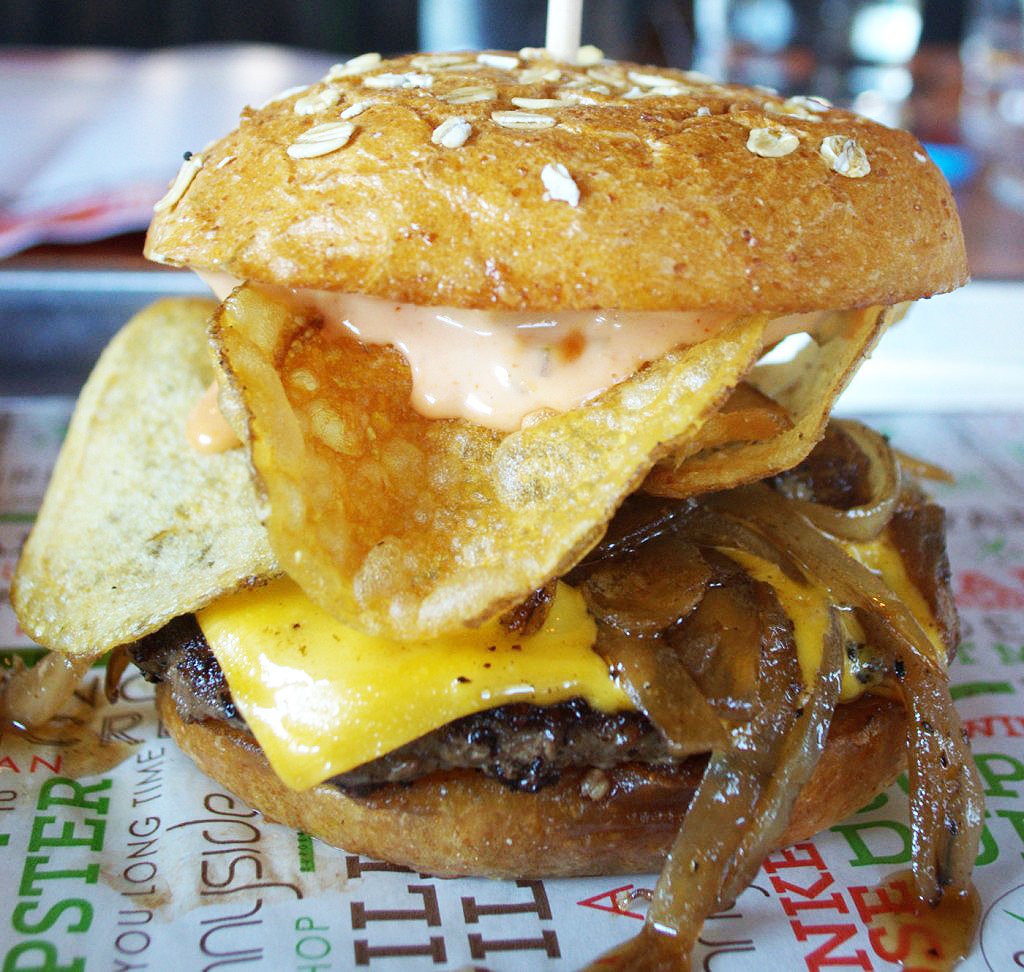 Once sat, the food will come out within minutes. Guard has developed a system which makes it so his team is exceptionally fast in the kitchen. It meets all of the deliciousness check marks in any TAG concept restaurant but at half the price. These burgers are on average about $8. The ability to build and create a custom meal ends up costing a lot less than at most burger bars. The quality is unbelievable for the price.

The yankee rose was made with a lean bison burger, carmelized onions, house-made potato chips, and secret sauce, all on a wheat bun. The mix and match quality of this place is the best part, it is also an idea Guard has been experimenting with since childhood. At the age of 6, he created a “Chippy Burger” with chips crushed into the meat itself. This is his dream, elevated. It comes with a special secret sauce. It has a similar texture and look to the chipotle aioli, but a bit more acidity and a bit less of a kick. Perhaps vinegar.

SunnySide Burger Bar, The Garden of the Gods.

For the vegetarians the garden of the gods veggie burger is a must. Guard perfected this black bean veggie burger patty, with a nice crunch on the outside and beautiful depth of flavor. He adds kale, spicy chipolte aioli, and quinoa. Any vegetarian/vegan would be thrilled with this option, especially when the build-your-own combinations are endless. I would bring the gluten-free connoisseur here for the bun. You don’t have to sacrifice taste for health, even salads can be made into a “burger.”

The hangover burger is definitely going to be a fan favorite. This burger is topped with a fried egg, roasted green chile, and crunchy potatoes that bring a much welcomed textural contrast. Guards’ ingredients are minimalist, but in the perfect way. The flavors don’t jockey for attention but instead work balanced. Some burgers have only four ingredients listed, and taste explosive. Well done, Guard. Well done.

SunnySide Burger Bar will be known for much more than burgers. Try the kids meal octopus hot dog, a real crowd pleaser. Step aside for the Mexico City nachos, part of the appetizers known as the “Sharing is Caring” menu (named by Guards daughter).

Save the best for last with Sunnyside Burgers’ boozey shakes. Did you know Count Chocula cereal is only sold in October? Zelmaker found out the hard way, having to order online for the count me in boozey shake. It is a labor of love. The boozey shakes have some of the best flavor combinations, the alcohol being perfectly strong but not overpowering. In a drink that can be so overtly sweet, Zelmaker has balanced with the bitterness of Godiva chocolate liqueur, as well as the silky-smooth creaminess of a Rum-chata in the cinnamon crunch boozey shake. Normally $8, these can be made “virgin” for only $5. Truly the cherry on top of a delicious meal. This is like no burger bar you’ve met in Denver before. 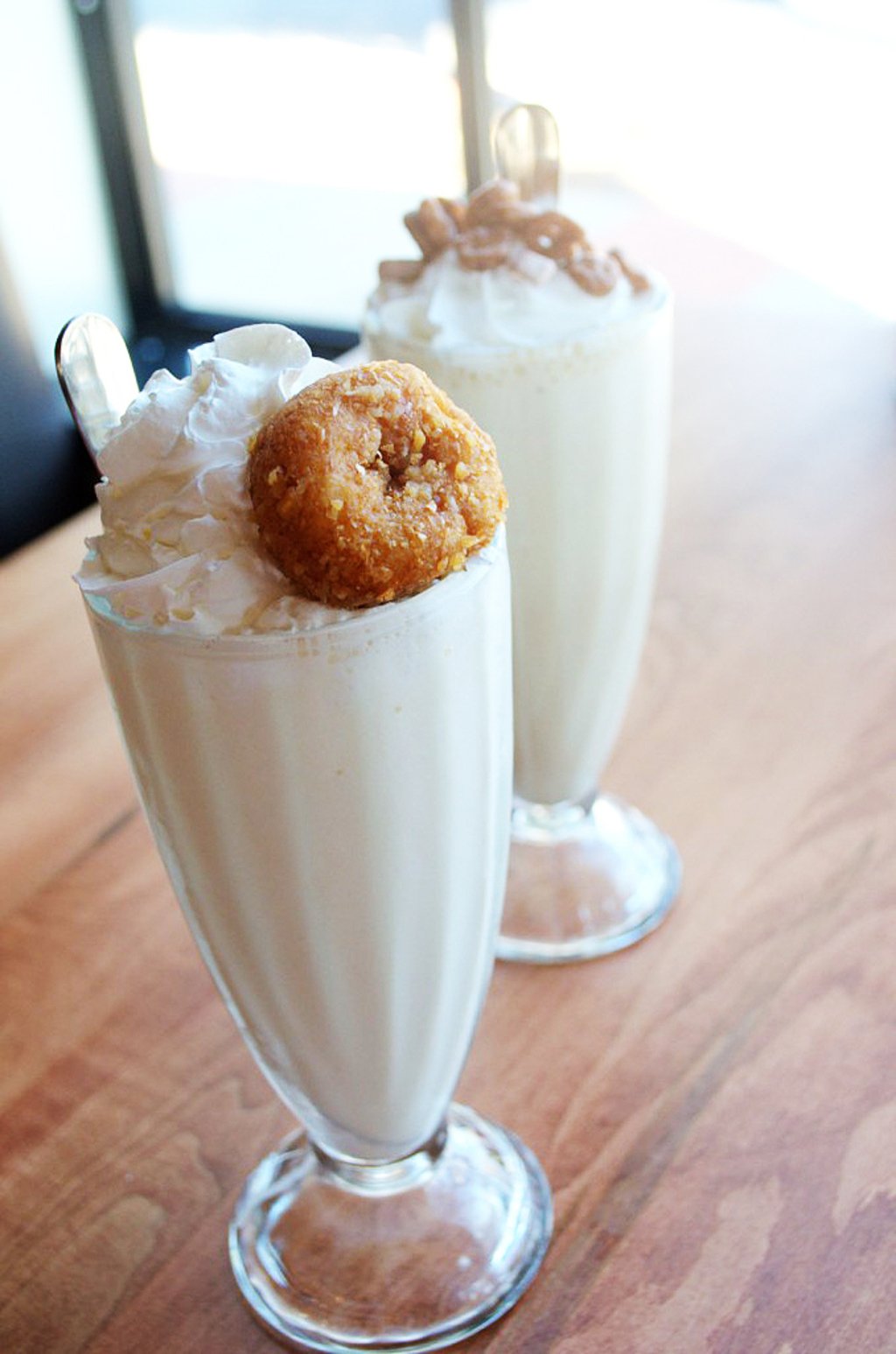