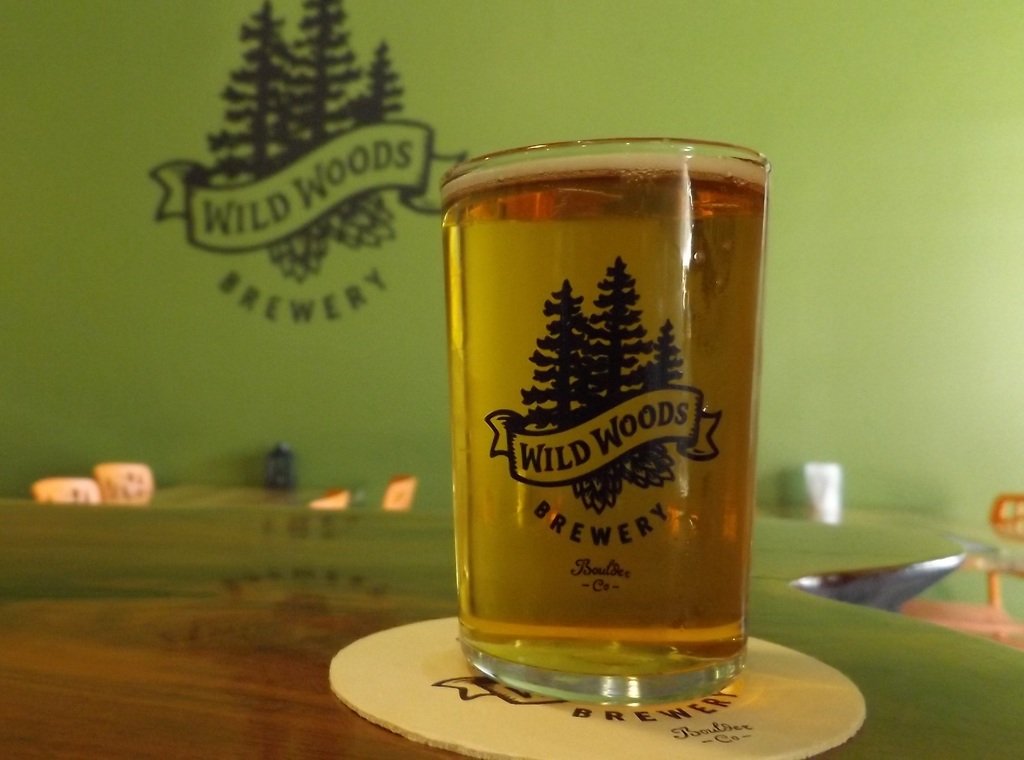 Pros:  Delicious beers that strike a remarkable balance between flavors

Cons:  The brewery was a little hard to find on my first visit

Surrounded by lush hiking trails and beautiful scenery, Coloradans are probably used to hearing about “outdoorsy” products.  So it’s no doubt easy to hear about a beer that’s “inspired by outdoors” and immediately dismiss it as a gimmick.  But at Wild Woods Brewery, it’s so much more than just a gimmick–their beers are not only delicious and amazingly well-balanced, they put nature in every aspect of their product and their business.

“We would literally come up with ideas for new beers while out on hikes,” Erin Evans, part-owner with her husband Jake, told me about their list of brews.  “We’d be sitting around a campfire and say, ‘I bet we can make a beer that tastes like this feels.'”  Amidst a number of industrial buildings tucked away on Conestoga Court, their taproom that feels more like a log cabin with a brewery inside.  Add to that a list of beers that took five years to fully develop, Wild Woods is the oasis a  nature-lover needs while kicking around the city.

“We’re just as passionate about the outdoors as we are about craft beer.” –Erin Evans, part-owner, Wild Woods Brewery 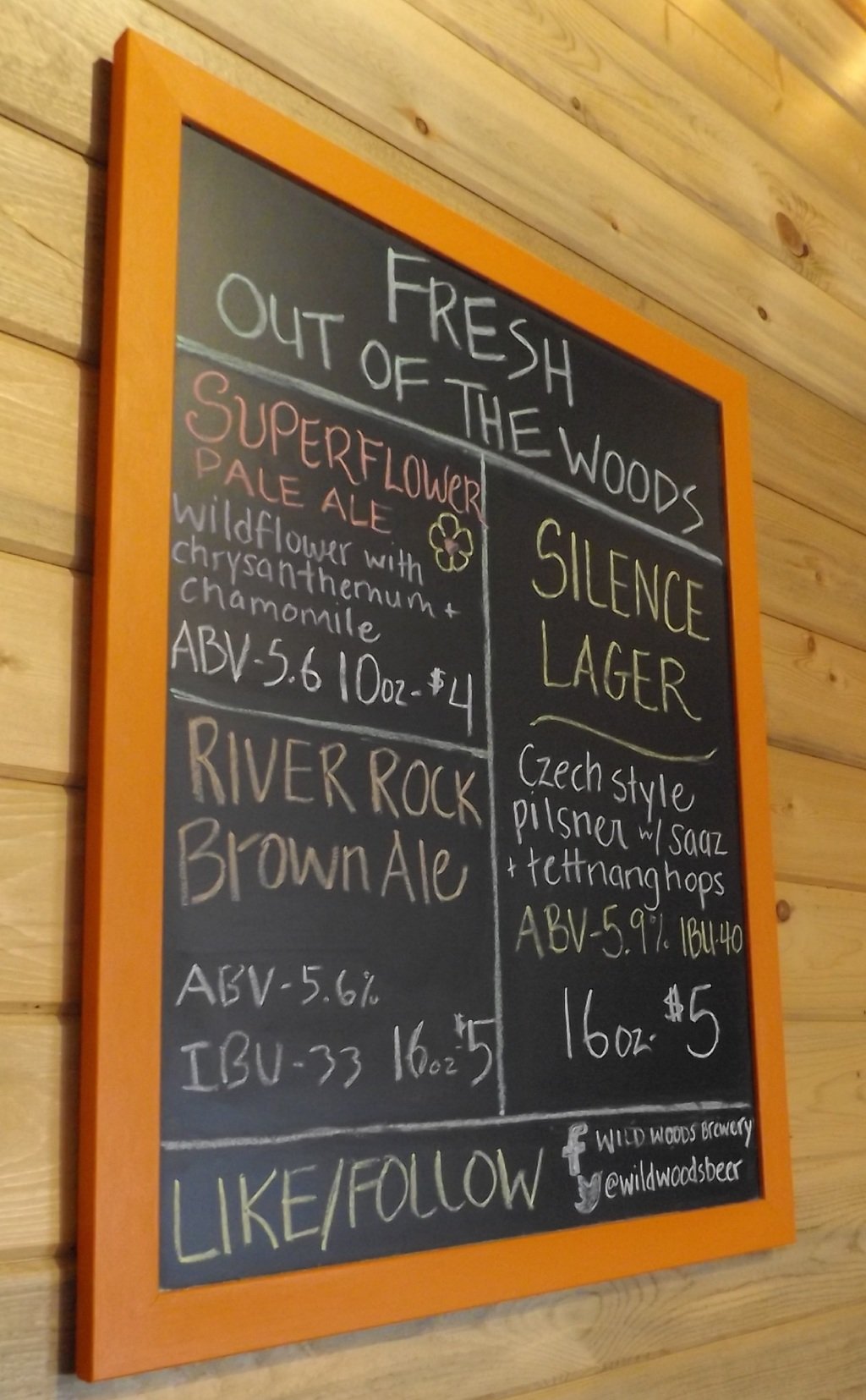 Their beers are approachable, with a low abv for the craft brew scene, and each of them brings a special outdoorsy twist to a classic style.  Combined with their complete lack of televisions or loud music, Wild Woods is meant to inspire the kind of conversation you’d get while out on the trail or camping in a clearing.  “We’re trying to build a place where people can savor a pint or two and have a conversation,” Erin said.  “We’re always about the beer first.”  Their growler program has been incredibly successful, with many patrons taking Wild Woods with them on their sojourns into the wilderness.  But what about the beer itself?

I understand how a lot of people feel about fruit beers–they’re often overly sweet and taste more like a wine-cooler than a beer.  Wild Woods not only avoids that pitfall, but offers a beer that will change the way you look at this style of beer.  With the murky haze you often see in wheat beers and light red notes in the color, this brew was inspired by the strawberries the Evans used to pick on hikes.

“We took our homebrewing to obsessive levels.”  –Erin Evans

This beer walks the line between a wheat beer and fruity flavor so tightly, you’ll be amazed it’s even possible.  Lightly effervescent, there is a subtle strawberry note to the nose that doesn’t overwhelm, and a light sweetness balanced with the bitters mellowed out by a rounded hint of strawberries that you notice, but isn’t the entire focus.

This brew brings a red/brown color and a very light smoke flavor that is noticeable  not overwhelming.  No hops flavor means that the malt sweetness is on display, but the beer isn’t cloying, instead leaving the drinker refreshed.  In my experience, reds are a wonderfully versatile style that is often underused, and this is a great example.  It’s light and refreshing with just enough smoke to bring its namesake to mind–the perfect beer for a seasoned beer fan and newcomers to the craft brew scene alike. 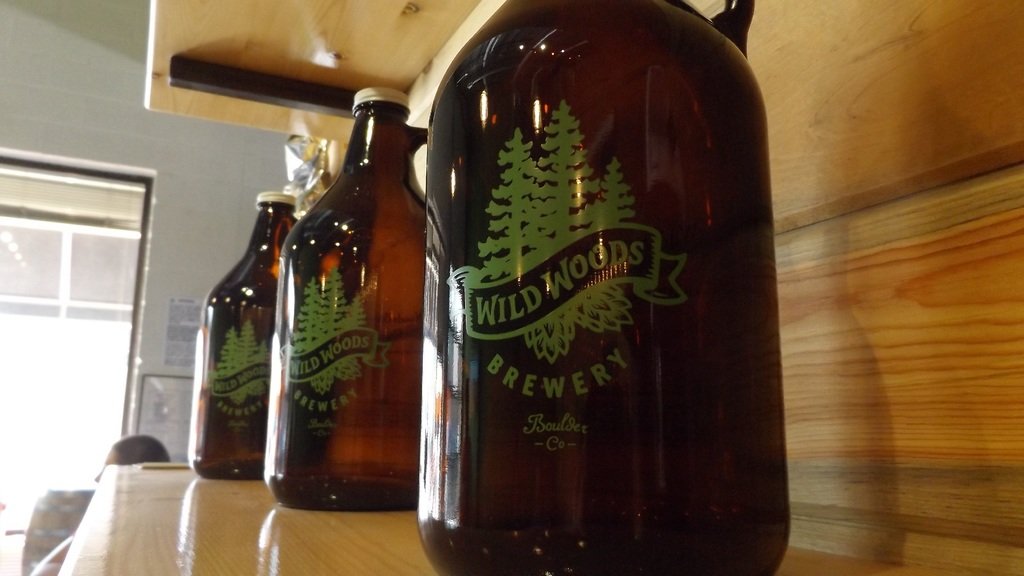 Done in the American style and designed to be less aggressive than most IPAs, Treeline has a nice citrus flavor that puts the Centennial and Columbus hops on display.  It adds subtle touches of juniper berries to round out the experience and give it that pine forest flavor, once again without overwhelming.  It’s got a great floral/citrus nose that has hints of pine tree.  While it’s not mouth-blastingly bitter like many IPAs, it’s a perfect example of what I’m starting to call “Colorado IPA” that focuses more on the complex notes hops bring to a beer than mere straight bitters.  Ask the folks about Wild Woods about their IPA that they’ve aged in gin barrels, giving it even more complex juniper flavor–I can’t wait to give it a try.

For those who haven’t had the experience, a Ponderosa Pine’s bark has a very strong vanilla aroma, and that’s what this Porter brings to the table. Black with red notes and nice head, it’s very much a dark ale, but instead of being overly heavy and filling, it’s slightly on the dry side thanks to  the inclusion of about 20% rye.  It’s sweet, but well balanced with a light mocha flavor and wonderful vanilla flavor.  All the beers I tried at Wild Woods were delicious, but this beer is worth a special trip. 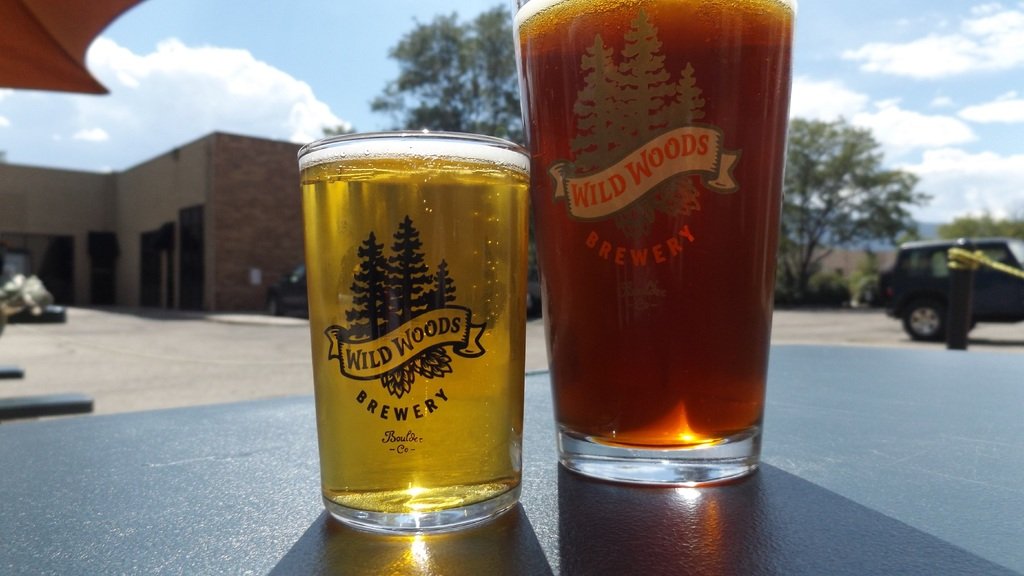 Using one of the more interesting brewing methods, this seasonal is made using the old boiling method of dropping rocks heated in a fire into a liquid.  This gives the wort a unique caramel flavor that balances out a mildly sweet brew that Erin describes as “the gateway to dark beer.”  It’s effervescent and light, making it the most refreshing brew I had at Wild Woods.  And with  a dark amber/brown color and great creamy head, it’s also a beautiful beer for showing off after a hard afternoon of hiking.  They’re putting out an Imperial version of this brew called “Raging River” for their anniversary party September 27th, so mark your calendars!

With a cask program in the works and a number of events coming up, including a Winter Solstice Party and a “Night in the Wood” party that will feature all dark beers and drinking in low-lighting, I plan to make Wild Woods Brewery a regular meeting place in Boulder.  Their atmosphere gives you the kind of tranquility that’s hard to find within city limits, and their beers bring just enough kick to encourage conversation without limiting you to a beer or two for the night.  If you like the outdoors, enjoy a brew at the end of a hike, or just want a quiet place to meet people in Boulder, get over to Wild Woods this week.