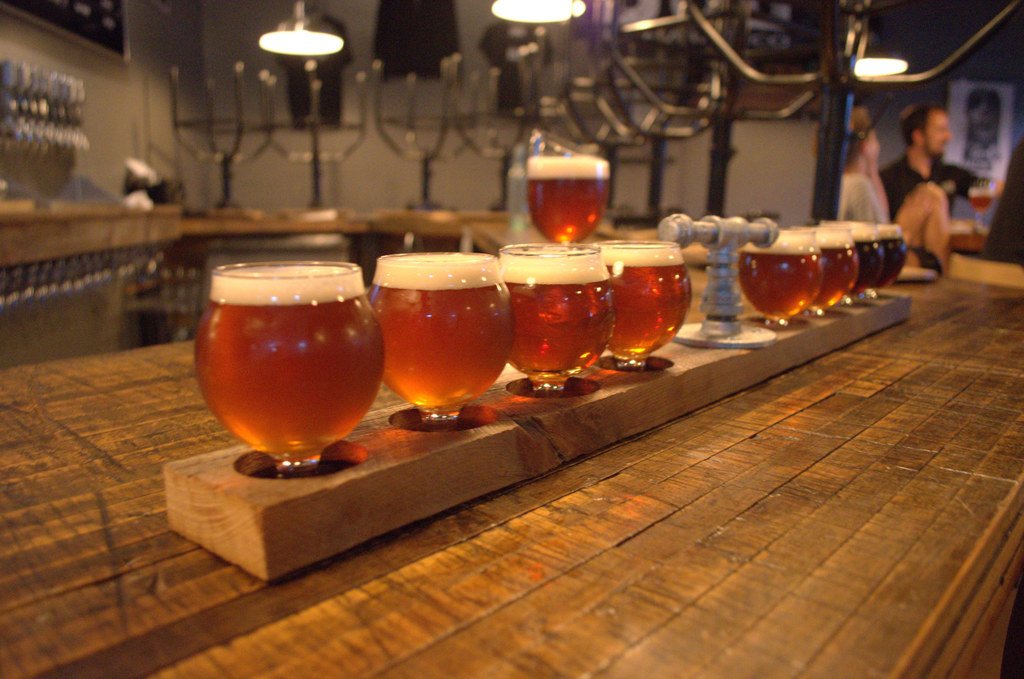 Pros:  Delicious red ales in a fun atmosphere with an amazing view of the Colorado sunset.

Cons:  Fewer beers on tap makes it hard to have a drinking adventure.

Many drinkers put little thought into the color of their beer.  Taste and aroma usually top the people’s list of priorities, with alcohol-content factoring in somewhere nearby.  I’m guilty of this myself at times, focusing on “dark or not dark” at the liquor store after an exhausting week.  But at Black Shirt Brewing, they’re trying to change the way Coloradans think about beer, putting color at center stage with a variety of red ales on tap.

“Turns out that feverishly hating your job is an excellent catalyst for imagination and action.”  –Carissa Miller, co-founder of Black Shirt Brewing 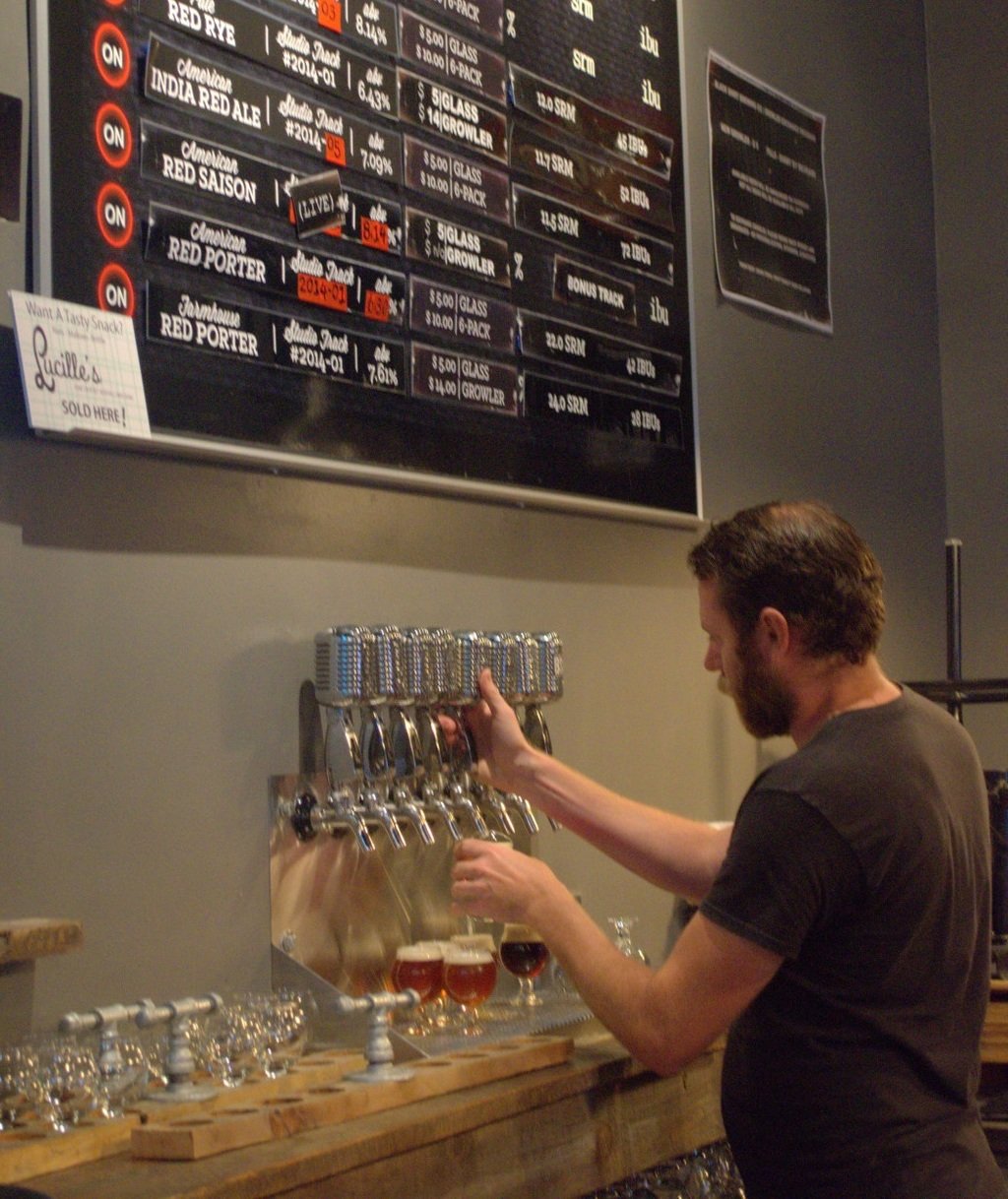 The focus on red ales began as a quest to determine what would be considered a unique “Colorado” style of beer and ended with a tap list that has a narrow focus, but unique depth and complexity.  This is best illustrated by their red saison, which is brewed in a uniquely Colorado way despite its style’s foreign origins.  Carissa Miller, one of the c0-founders of Black Shirt Brewing, described it as “An 8%, 40 ibu [ale] brewed with 10 different grains, a single, isolated, pure yeast culture that we allow to ferment at cool temperatures, utilizing hops that most Belgians have never heard of!”  This best illustrates what you can expect when you stop in to Black Shirt for a pint–uniquely Colorado beers.

It’s refreshing to see a brewery narrow its focus down to perfecting one specific type of brew.  Carissa, along with husband Chad and Chad’s brother Branden,  focus entirely on red ales, and in doing so they’ve created beer that is not only delicious, but specific to Colorado.  “It only made sense to brew Red Ales,” Carissa said.  “After all, the Spanish origin of the word Colorado means “colored red” and the red hue of the mountains we grew up in, the Sangre De Cristo Mountains, validated it.”

Many business types will insist that narrowing your offering to one specific style of brew casts too narrow of a net.  But there is something to be said about brewing an ale so skillfully, all you need is the flavor of the beer to silence the critics.  “We have zero interest in becoming the next ‘something for everyone’ type of brewery,” Carissa said.  This attitude makes them unique on the craft brew scene, tempering the unbridled creativity you usually see with laser-like focus.  This results in some amazing beers you will want to work into your normal rotation. 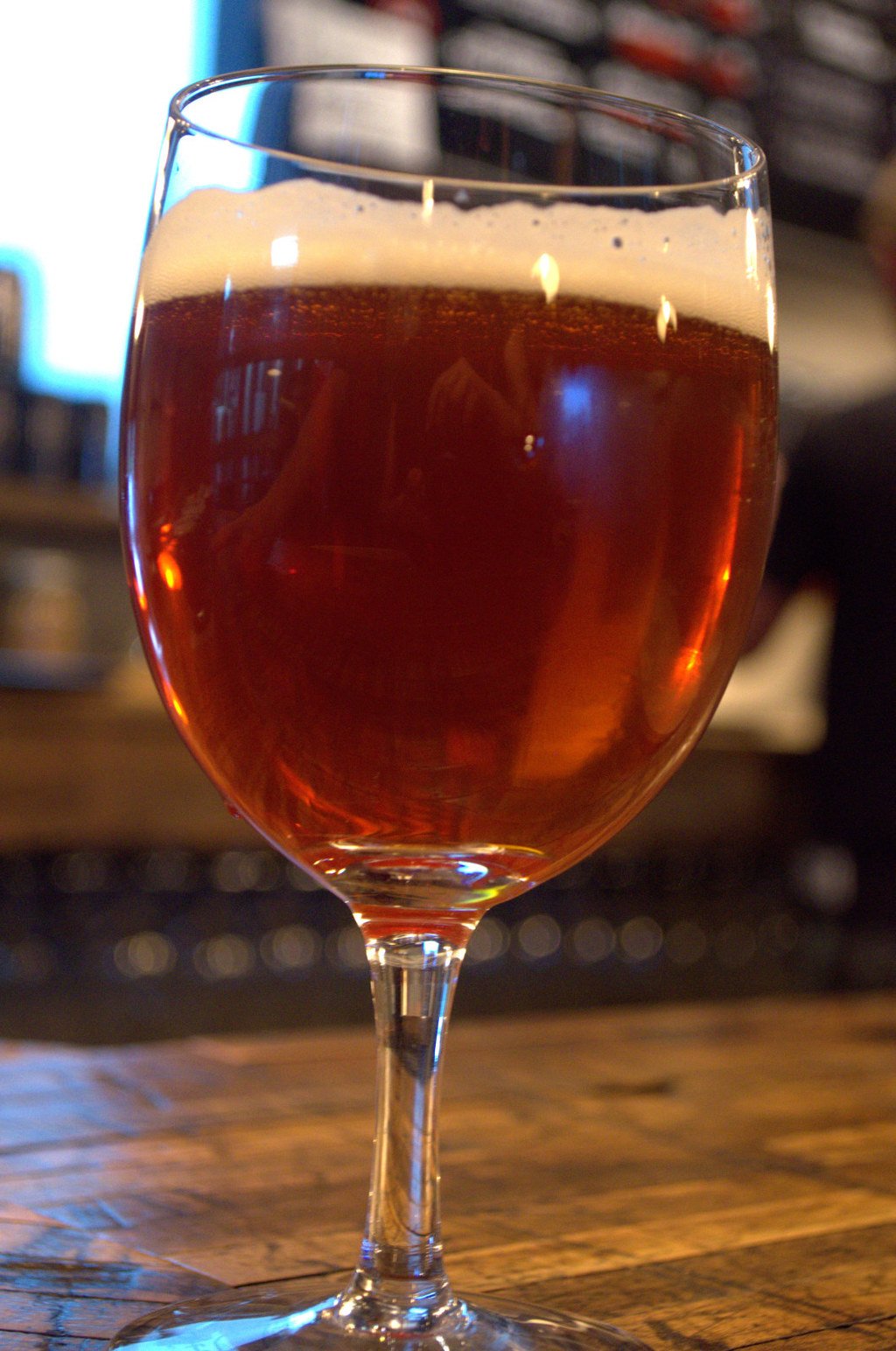 I’ve had a special place in my heart for rye beers ever since I tasted the Unite Pale flavored with Rye at Collaboration Fest, and this one did not disappoint.  It brings a deceptively light aroma with floral and citrus notes that belie just how a big a flavor this ale brings to your table.  It has a clarity that really showcases the deep amber color Black Shirt is trying to put on display that’s contrasted nicely against the beautifully creamy head and delicate lacing.  It balances the sweet and the bitter rather well, with a hint of spiciness from the rye that is accompanied by a ghost of fruitiness so subtle it might’ve been my imagination.  It has a somewhat long finish, but the flavor never turns to straight bitters the way many pales do.  Overall an amazing beer.

Sour is replacing bitter in many people’s minds as the go-to flavor for their craft beer.  The saison at Black Shirt, however, shows you that you don’t necessarily need to choose in order to have an amazing beer.  It brings sour, bitter, and sweet to your palate, which should result in a beer with too much going on.

“We don’t believe that trying to replicate beers from other brewing regions is the way to make our own identity.”  –Carissa Miller

But the balance it strikes is so perfect, your mouth never gets tired no matter how many sips you take.  It has a wonderful sour aroma kept in check by a pillowy head, and clarity that once again shows off that Colorado red.  I didn’t think beer could balance this many flavors without overwhelming the drinker, but Black Shirt has pulled it off with gusto.

Another great beer in a lineup that will never leave you wanting, Black Shirt’s India Red brings a sweet, bitter aroma that will make your designated driver’s mouth water.  Of course the red hue of the beer is on display, but it also brings a healthy amount of hops bitterness without stomping on your tongue.  This is balanced artfully with a fair amount of bready malt sweetness and a flavor that only improves as your beer warms.  With such a big flavor, I don’t think this is a beer for the timid drinker, but if you’re in the mood for something outside your comfort zone (or happen to be a hop head), you can’t go wrong with this one. 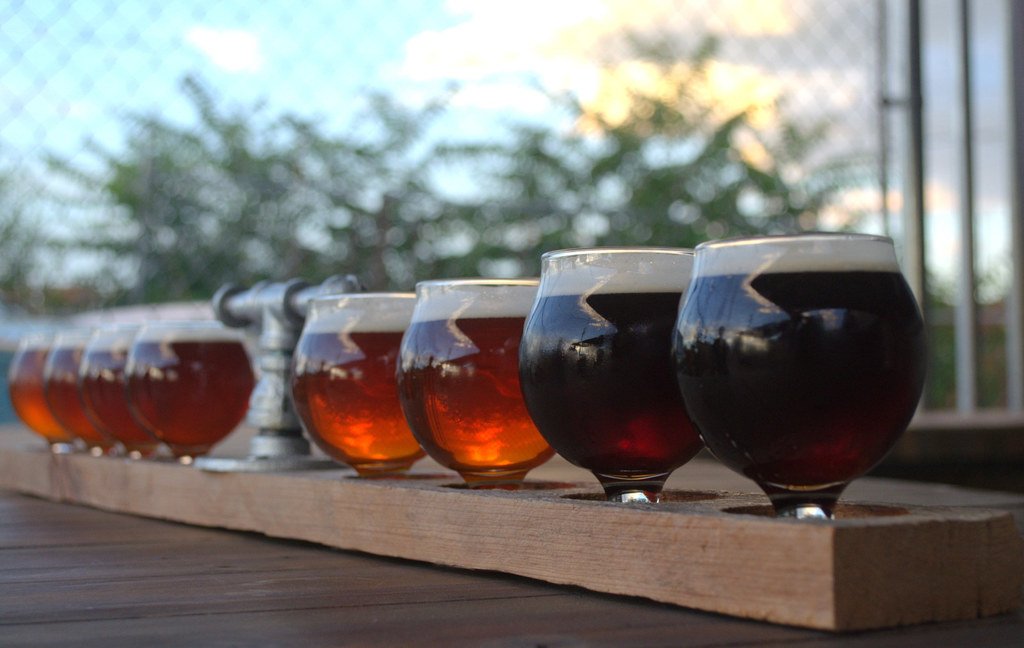 I was suspicious of this beer, as it is dark and so goes against the philosophy I had discussed with the founders of Black Shirt.  But those suspicions were unfounded, as this beer shows distinct red hues when backlit.  It has a wonderful toasty aroma that is accompanied by a bready flavor with the slightest hints of bitterness.  It’s round and smooth, though not terribly heavy, which makes this a great drinking beer.  While it has body, it doesn’t sit in your gut the way a lot of darker, heavier beers do.  If you’re unaccustomed to darker beers, this could be the porter to introduce you to the other size of the lovibond scale.

The atmosphere at Black Shirt Brewing is enough to get me to come back.  It’s warm and inviting, with two outdoor patios and a cozy indoor taproom that is difficult to leave.  But the brews will keep you in the seat long after you become accustomed to the ambiance.  Head on down and try what could one day be Colorado’s signature style.