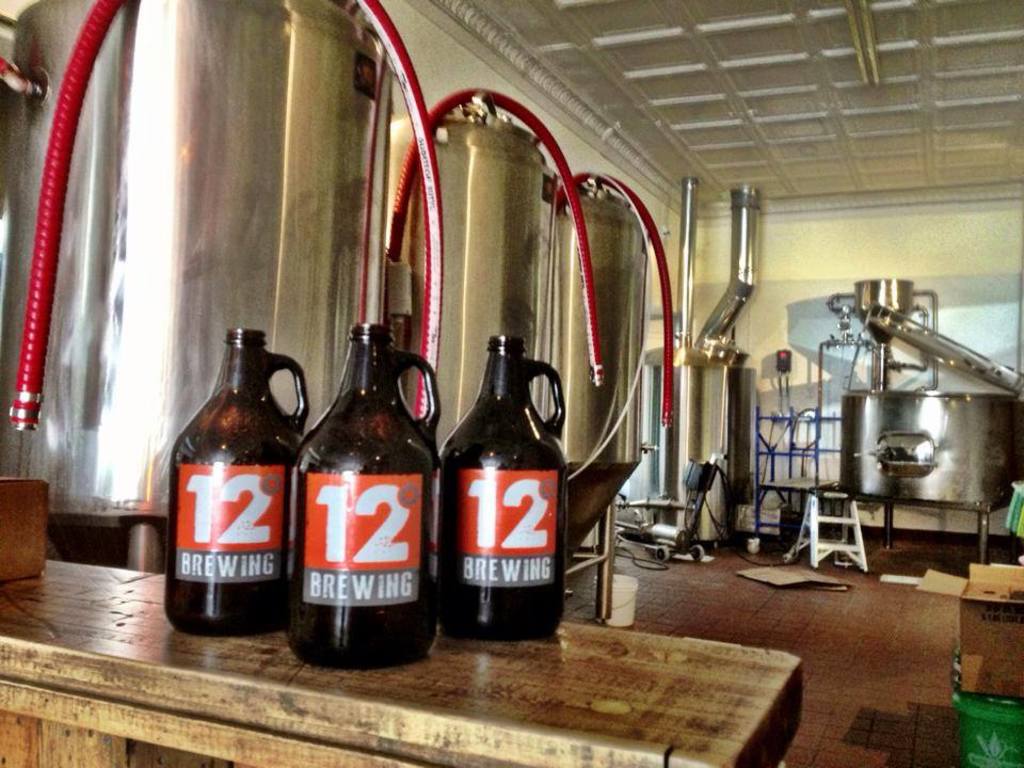 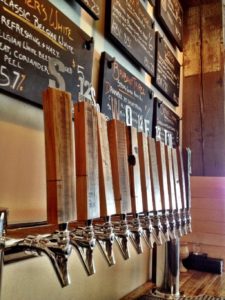 Pros:  The quality of this type of Belgian beer is second to none.

Cons:  They don’t distribute much outside of Louisville.

The Future of American Craft Brewing

Trends are hard to predict.  With the staggering variety of beers out there, how is a humble beer critic to know what the next big thing is going to be?  In my opinion, the hops era of American brewing is on its way out the door.  It’s not that hops no longer taste good, it’s that they’ve been on center stage for so long that there’s not a whole lot more that’s new or interesting to be done with them.  They turn a lot of people off to beers, and it’s time for the beer community to educate the uninitiated on what is out there besides bitters.

Enter Jon Howland and the folks at Twelve Degree Brewing in Louisville.  Back in the ’90s, before all this big talk about trends and education, Jon was walking into a neighborhood brewery in Belgium.  He’d been touring the countryside, living in hostels and experiencing the dream vacation for a lot of beer nuts.  When he saw the 120 beers available on the wall, it was a revelation.  “It’s like nothing I had ever seen before,” he told me.  It was the kind of thing that pushes a beer fan over the edge into the realm of professional brewer. 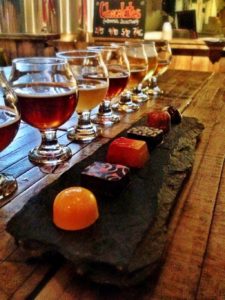 Up to that point, Jon had worked in marketing, doing a lot of work for the American Brewer’s Association.  “I love the people in this industry,” he said.  “After a while, I started really believing that a Belgian style brewpub could work.  Brewers in Colorado do hops so well, I thought it’d be interesting to do something different.”  This lead to a six-year journey from conception to opening, which took place June 21st of last year.  Located in a 120-year-old building and decorated sparsely with wood furniture, Twelve Degree is the neighborhood brewery everyone wishes they had near them.

With a casual, friendly atmosphere, patrons are meant to make the place their own and they absolutely have.  When I first walked into Twelve Degree, I had the impression that it had been around for decades.  It lacked that semi-unsure vibe that a lot of new breweries and taprooms have about them, instead giving the feeling that the town grew up around the taproom.  Their food menu is intentionally kept small, but includes high quality fare.  Their flatbread pizzas are especially tasty, but you can’t go wrong if you ask for a cheese or chocolate tasting.  One of their chocolates, Araguani Fog, is made by Robin’s Chocolate in Longmont.  It’s filled with a reduction of Twelve Degree’s Midnight Fog and bears the distinct flavor of malt extract with just a hint of hoppiness.

I’m aware that I rarely give bad reviews, mostly because I don’t think there’s such a thing as a “bad” craft beer.  The beer fits the person–you either like the style or you don’t.  But the style of beer found at Twelve Degree is the future of the American craft brew scene.  As Jon and I discussed the style, he described how it combines the complexity that craft fans like with the drinkability you look for in a session ale.  “[The beer] is quirky and challenging,” Jon said, “and you have to coax the flavors out of the yeast based on time and temperature control, but it’s worth it.  Depending on what levers you pull, you can get anything from pepper to tropical fruit.”

But what about the beers?  Put simply, they’re amazing.  But with more detail:

Dry, with a combination of light, fruity sweetness and sour Belgian notes, this is a great beer for the uninitiated.  Brewed with orange peel and coriander, you can tell your friends that this is the way Blue Moon would taste if it were done right.  With nice lacing and a slight cloudiness due to all the wheat in the mash, this is one of the prettiest brews you can order anywhere.  If you’re going to do a cheese pairing, this is the beer to have with your plate as the tartness would cut through the fat of the cheese rather nicely.

Fruity and floral with hints of passion fruit, this is probably the most dangerous of the brews on tap at Twelve Degree.  Its lightly buttery texture combined with its effervescent mouthfeel and refreshing finish tricks you into thinking it’s a session ale.  But at 9.2%, that’s a good way to have a bad morning.  But if you’re looking for a brew to help unwind with your buddies after work, this is the way to go.  And with the pretty glass it leaves when you’re finished, the facebook photo ops are endless.

This brew brings a lightly caramel foretaste combined with a great malty flavor that reminds you of toasted bread.  It also brings a great deal of dark fruit flavors, specifically figs and raisins, that will delight people who enjoy those flavors but dislike their texture (like me).  At 8.5%, it’s also rather boozy, but there is a light alcohol burn that alerts you to the strength of this beer.  I would pair this brew with the chocolates, as its bready flavor isn’t overwhelming and would probably accent the nuance of the chocolate rather nicely.

The flavor here is a surprising mix of white wine and amber beer, topped with a great Belgian sourness that makes it one of the most complex brews I’ve had in a while.  Probably best reserved for people familiar with the Belgian style, but you never know.  Adventurous drinkers should dive right in–at 7%, it won’t blow your liver out, and with a light, refreshing finish, it won’t blow your tongue out either.  Definitely worth working into your regular rotation.

Even though I’m not sure how to pronounce this beer, it’s easily my favorite on the wall at Twelve Degree.  It has a light citrus aroma that leads you into some subtle yeast flavor accented by blood orange and a light tartness.  Nothing in this beer bashes you in the face–the flavors creep into the taste centers of your brain and it’s up to you to discover them.  At 7.8%, you don’t get much time before that task gets to be difficult, but you won’t care.  Don’t let the name intimidate you.  Just point and say “I want that one.”

A great number of hop heads will probably be upset with me for trying to push their favorite flavor to the side in favor of something new and exciting.  And obviously, hops aren’t going to disappear from the craft brew scene.  But I think it’s time for hops to take a backseat to the Belgian sour.  Its refreshing complexity could bring in new beer fans who think “craft = bitter.”  If you want to experience what I mean, head on down to Twelve Degree.  I’ll probably be there.