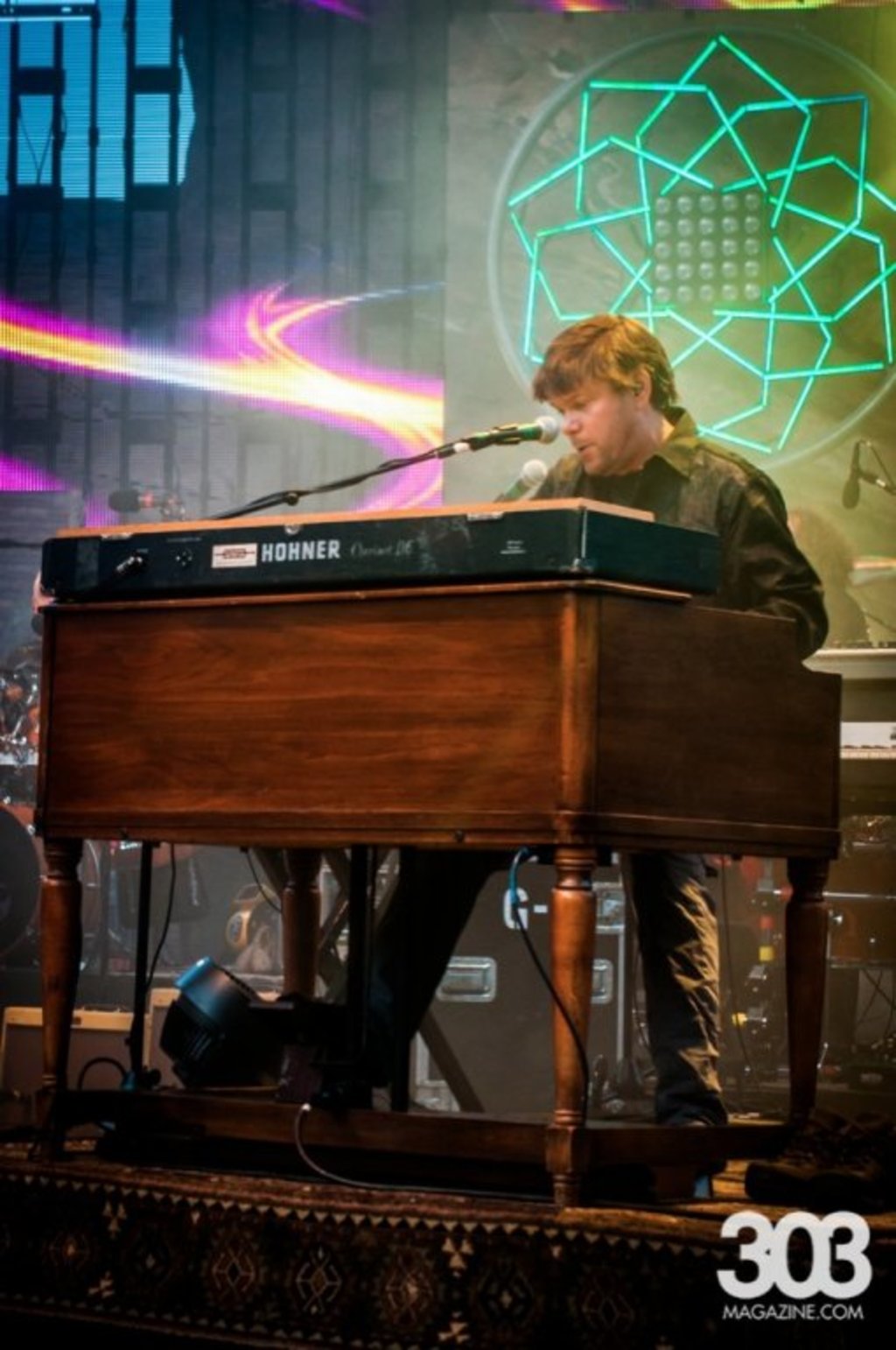 No matter what the day job, patriarchs everywhere are being celebrated this Father’s Day weekend for their commitment to their children and the important role they play in raising the next generation.

We wanted to speak to a local musician to get their thoughts on balancing an inherently heavy travel schedule with the demands and desires of being a dad — and being a present part of their children’s lives. 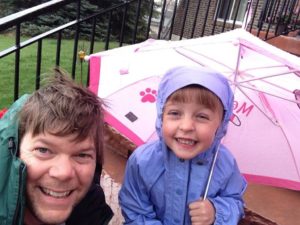 We were lucky enough to chat with Kyle Hollingsworth, the multi-talented keyboardist for the Boulder-based String Cheese Incident, to talk about how his life has changed since Zoe, six and Isabel, two, came into the world.

Kyle is also releasing a solo album in August, The Speed of Life, which draws direct inspiration from his relationship with his daughters and how they’ve changed his perspective on life.

303: Tell me about your schedule this summer? I know you have a new album coming out. What are you up to?

Kyle: The summer plans are really coming together. String Cheese Incident just came out with a new album and I’m super proud of that. We worked with Jerry Harrison of the Talking Heads on that new String Cheese release, and I’m coming out with a solo release in August. So the plan [this summer] is all about that. We’ve been playing a lot of festivals and getting in a lot of time on stage — a lot of time outside enjoying the festival season. It’s a little bit different than the spring and winter when you kind of get stuck in small venues — it’s nice to finally hit the stride of the summer. And that will be the same for me as I move towards my solo release. I’m going to Alaska and have a lot of great outdoor gigs planned — a lot of promotion.

Kyle: Sometimes, sure. It’s amazing when they can make it there. A West Coast festival we do every year — it’s called Horning’s Hideout — that’s a great location to bring kids. I think that’s the key, you have to find the right place and the right environment for your children. For example, we did a free show on The Hill — String Cheese Incident did — there were like 7,000 people, and we did a free show on The Hill here in Boulder and my kids came to that. And that was less than ideal because there were people everywhere. You want to bring them to a place that nurtures them. 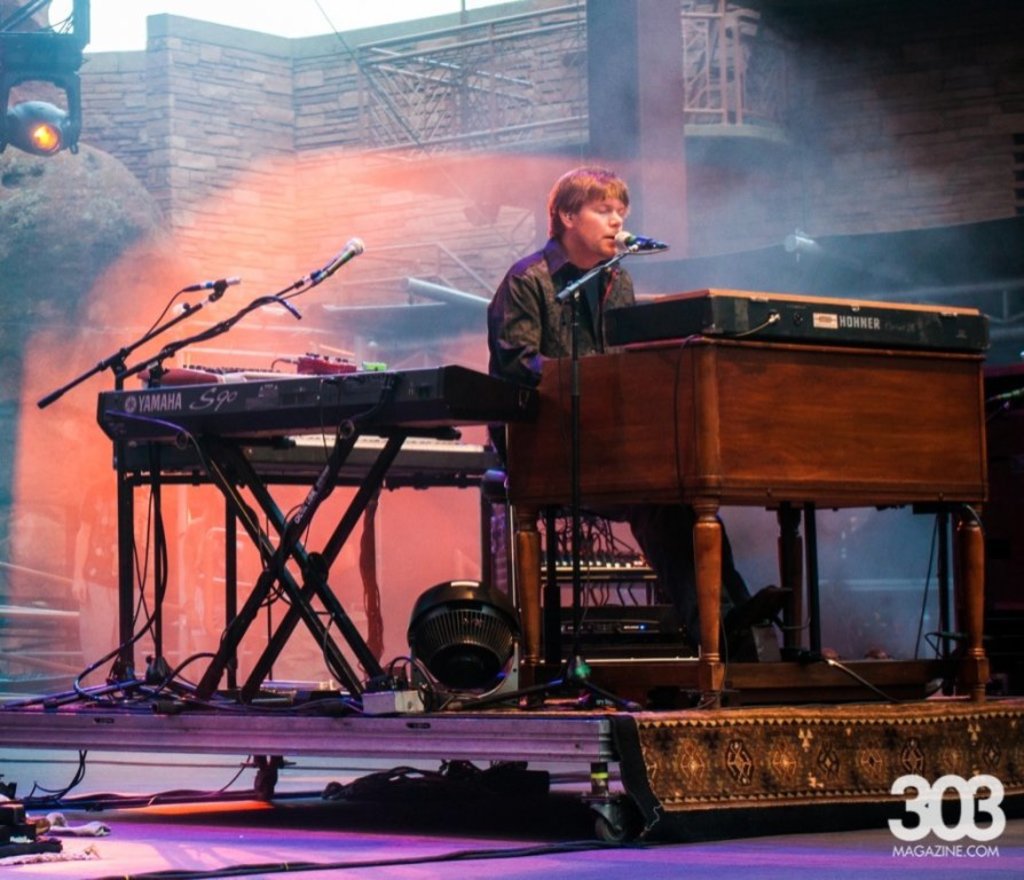 303: How has your life as a musician changed since they were born? I’m sure it’s impacted your traveling schedule and how much time you spend on music. Talk about your life before kids and after kids.

Kyle: String Cheese had taken a break about five years ago — maybe six years ago — so we had about two years off. And somehow I planned it perfectly so my first was born right in that period. I was able to be home almost for two years straight, working as a partner with my wife and raising her. So that was very easy going for the first couple years. The second one was born just two years ago, and it was a challenge finding that exact moment when String Cheese wasn’t touring. There was always another member of our band — Michael Kang is having a baby in August — so it’s a little bit about timing, a little bit about finding when the best “season” for having children is. So it’s a little bit like, ok, we can have the baby now. So somehow I timed it pretty well for this new one as well. But it’s always tricky.

I wrote a song recently called “Can’t Wait Another Day,” a very kind of Paul Simon, South African kind of vibe, and the lyrics speak to — they go something like “every day I pace the halls, waiting for your call, anticipating your next move has got me bouncing off the wall.” So my wife was pregnant, but she was also late, so I had gigs coming up, and I was like, oh no, oh no, when’s the baby coming?! I was pacing the hall every night, I had my bags packed — this is all in the lyrics too — I had my bags packed by the door ready to run out at any moment. So it’s a little bit of playing with schedules to make it work, and in the end — and this is said in the lyrics — it’s totally out of my control. Whatever happens, happens. That’s part of the life lesson, for sure.

So I do get inspired for a lot of writing when my life changes and the big changes have been my children and a lot of my writing the last couple years have been around life and how it changes. My new album is called The Speed of Life, and it’s kind of about that (laughs) it’s like, what, wait, two years, how did that…? That sort of thing.

303: It changes your perspective on time, maybe. 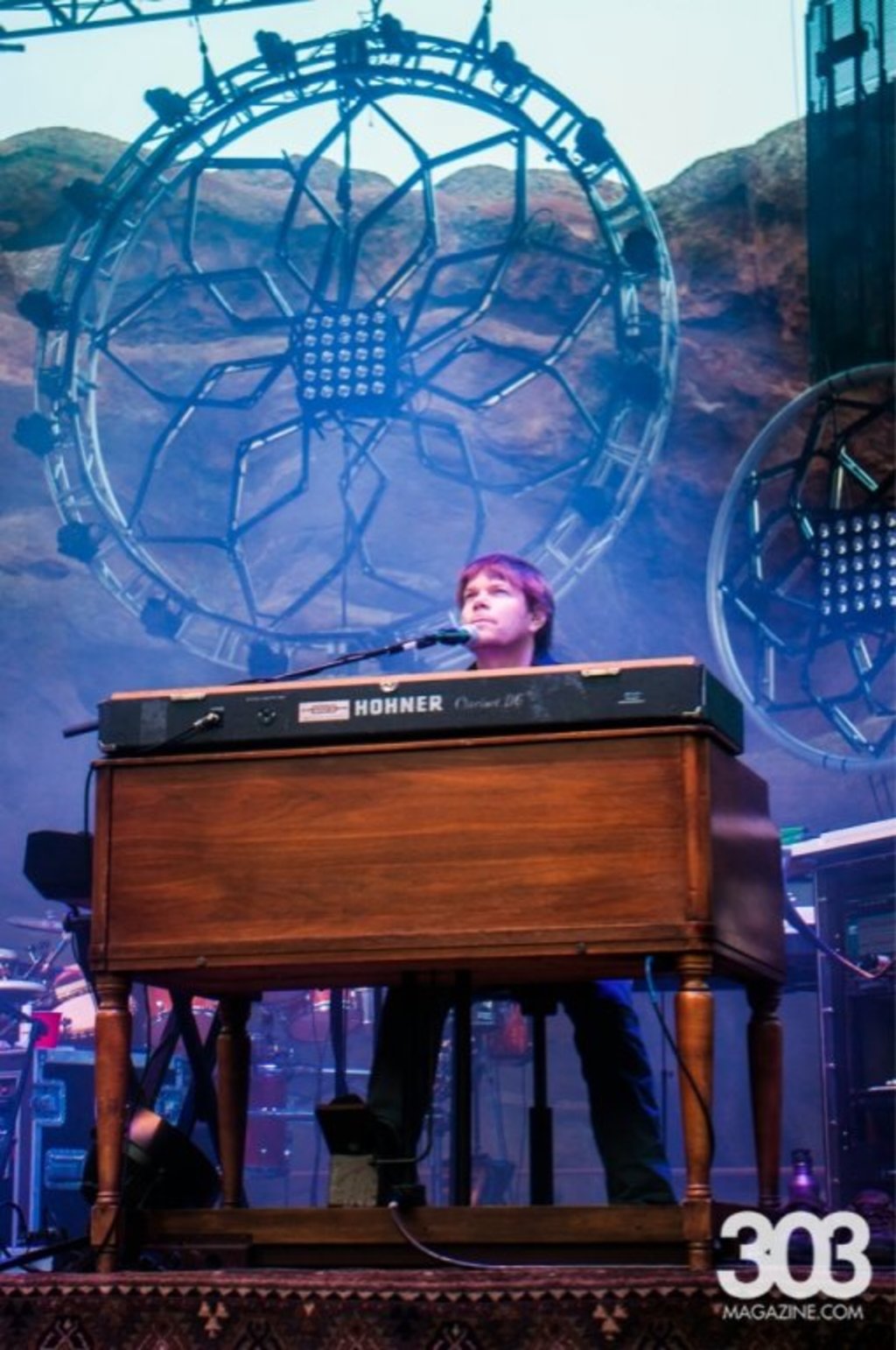 303: How do you talk to your kids about what you do? At two and six, do they understand what daddy does — what are you doing up there? 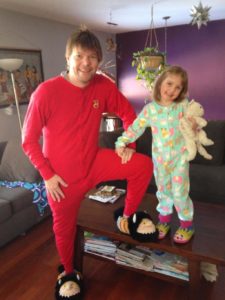 Kyle: The six-year-old is definitely starting to get it. She knows — I’m in no way famous — but I do get recognized here and there in Colorado and throughout the United States. So my daughter’s always like, “Do you know that person daddy?” I’m like, no. “How come they said they loved you and they love what do you?” So just in the last few years she’s like, oh I see, you play music. So she’s starting to get it, and I think being on stage  is kind of fun, we play Red Rocks every year so she gets to be back stage at Red Rocks and she loves that but now she’s getting like, oh you go on stage and you make people happy. That’s what she says (laughs). And I’m like, oh, right, I guess I kind of do that.

But the little one — the two-year-old — she’s just along for the ride at this point.

303: Are you encouraging them to learn music? How are you passing down your passion for music to them?

Kyle: I’m not pushing much right now. My passion for music is evident in what we do around the house, playing piano and having her dance while I make up a little ballet for her or something. Or we’ll sing together. But I’m not pushing any lessons, for example. I  think it’s just through osmosis at this point.

303: What are your plans for Father’s Day? I saw you were going to be on the road early this weekend.

Kyle: Unfortunately the day begins with me getting on two planes and making it back home around 3 p.m. here in Colorado. At that point, I don’t know. I’m hoping for two things — to spend some time with the family but also get a moment away to go for a bike ride or get some dad time. When I’m here, I’m super present with my children, so I’m always playing princess or giving piggy back rides. So sometimes it’s nice to kind of get a breather from that. So I think for Father’s Day it would be cool to do some family moments but also get a moment where we can do a dad thing for an hour and a half (laughs). Those are the biggest gifts. But I’m sure they’ll be some kind of activity — maybe a surprise from the wife…we’ll find out.