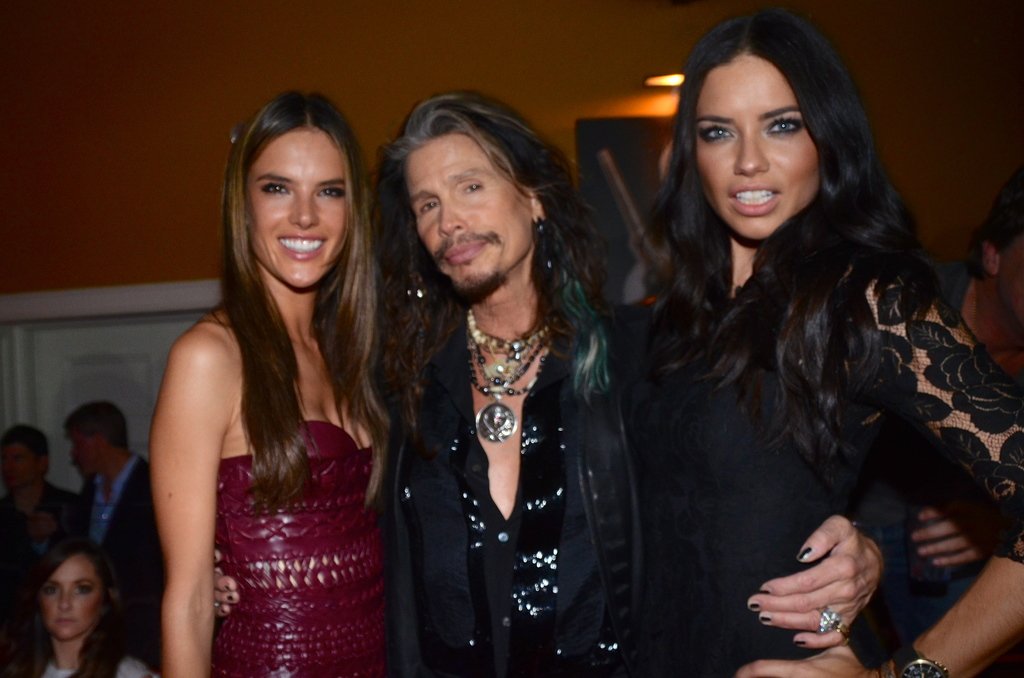 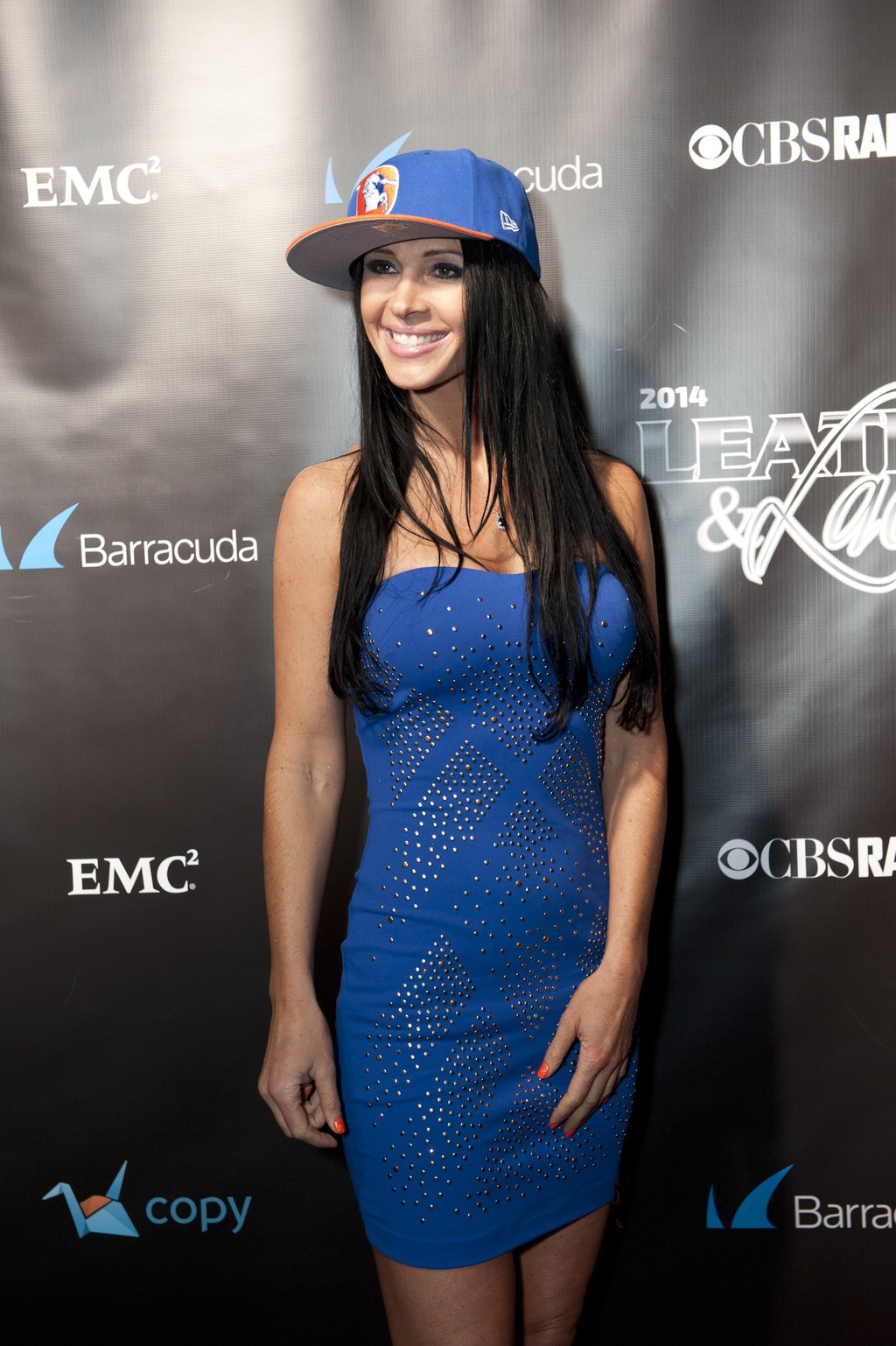 Joesel Varner, bartender at Rome’s Saloon in Denver, made the trip to NYC for the big game and found 303 at Leather and Laces

Flying to New York City with a band of enthusiastic Broncos fans all draped  in orange and blue was as awesome as it sounds. There were shouts of “Omaha!” high-fives flying with ferocity, strangers became friends instantly and the group wore a unified smile. A man ordered shots for everyone who wanted one and gave a “hurry, hurry!” when the flight attendant made his way back with the booze. Everyone shared a jubilant laugh and a moment of sweet, sweet ignorance.

But this too shall pass, Broncos brethren. If you’ve ever been dumped then you were at least somewhat prepared for this resounding heartache.

You should know this gutted feeling will fade though, like it always does. You’ll finally wake up one morning without it hitting you like a ton of bricks and you’ll open the blinds to see that the sun is still shining (because it’s Denver) and that it’s not so scary out there after all. You’ll finally own up to your questionable bets and you’ll learn to love and trust again when the Broncos begin anew, like you’ve always done. We’ve learned to be resilient, us Denver fans, and yet we remain vulnerable year after year. I’m really starting to feel for my dad’s generation of Broncos devotees and all the utter let-downs they’ve endured. I guess it’s only right that the new generation knows the torment of its predecessor- But this too shall pass Denver, like it always has and will. 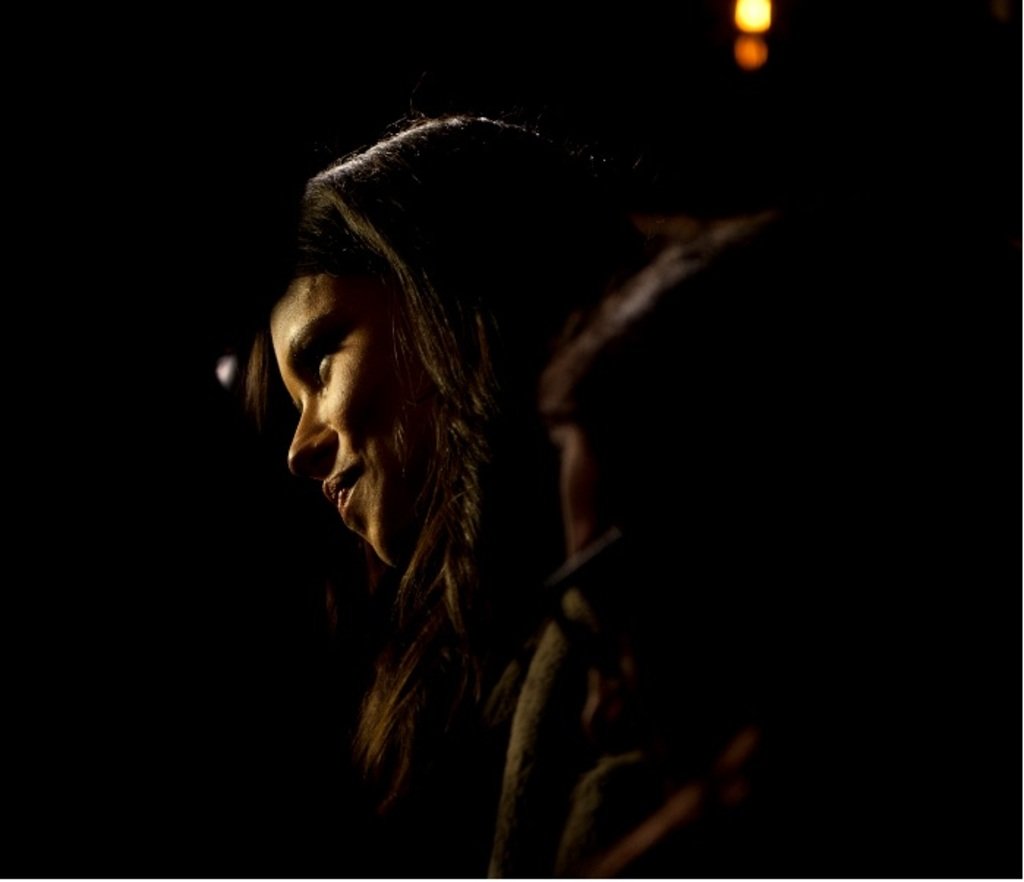 The Beautiful Adriana Lima at the Leather & Laces party

Before the Super Bowl could ruin my week I had a mostly sleepless and event-filled two days prior. I spent my time bouncing between Brooklyn and Manhattan celebrating the arrival of, you guessed it, heartbreak bowl 14′. 303 Magazine was invited to soak in the traveling circus that the big game brings to any city lucky enough to play host. The spectacle inclued MAXIM Magazine’s “Big Game Weekend” and the annual Leather and Laces party sponsored by EMC2 and headlined by Victoria’s Secret Angel, Adriana Lima.

I had to settle in and get a feel for the colossal city before I could make my way to the star-studded soirees however. “53rd and 2nd,” I tell the cabbie like I have the slightest idea where I’m going. He dissuades me, explaining the Super Bowl has turned every route to Manhattan into a “fucking madhouse.” I opt for Brooklyn where I would be staying with a 303 colleague. I had four hours to kill by my lonesome and Biggie Small’s old stomping grounds were a bit intimidating- but I found a corner-store deli and happy-hour at a bar named “The Bearded Lady” with $4 drinks to ease me into big city life. 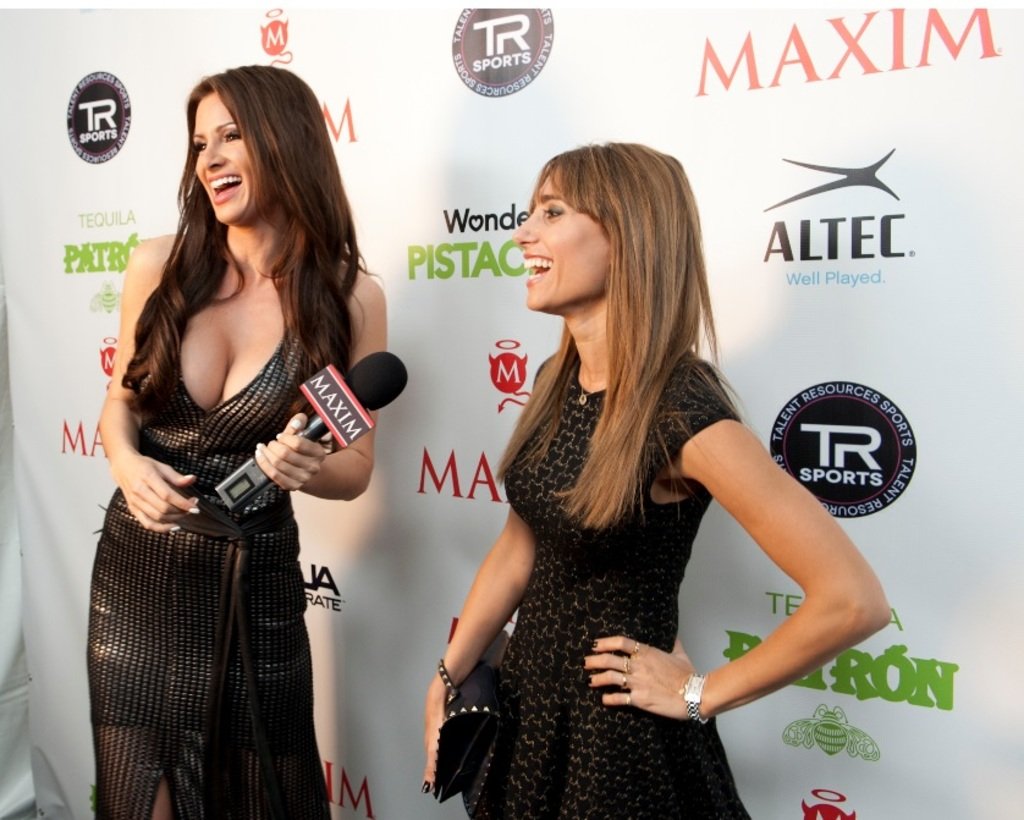 After an eager subway ride to Times Square with 303’s former “Thirsty Girl,” my host for the weekend, the moment had finally come. We made it to MAXIM’s Friday night party at ESPACE nightclub and met up with Daniel Rosenthal who was gracious enough to shoot the events for 303. We stood behind a velvet rope pressed between PEOPLE Magazine and SuperSunday HQ waiting for the celebs to arrive.

They trickled in: Roger Mason Jr. of the Miami Heat was among the first and the flashbulbs went off. WWE’s “The Bella Twins” followed in and showed us their best touchdown dance and explained the current state of their love lives. John Gosselin, minus Kate and the eight, showed up looking wide-eyed and anxious to get inside-he didn’t want to do any interviews. Cole Hauser from “Olymups Has Fallen” was among the more personable and talked about his work on the T.V. series, Rogue and gave his depressingly inaccurate Super Bowl prediction. (He was pulling for the Broncos). Inside the party Go-Go dancers and Patron promo girls dotted the floor convincing guests with little effort to take a shot from the ice luge. Suited men with fat pockets and busty women in short dresses filled the rest of the space. Dance music and an erratic light show kept the celebration moving- Justin Bieber crashed the party straight from his smoke billowing plane and was there long enough to flip off the camera and cause a scene. Super Bowl party number one: A success.

A buddy of mine who left the comforts of Denver to teach math in East Harlem showed me Manhattan the next day. We walked from Chelsea to Little Korea where we had lunch with some Seahawks fans and the team’s director of events and hospitality- who’s phone was appropriately blowing up,  at a rad little second floor wing restaurant tucked away in the city. I was the only Broncos fan and was being bombarded with subtle trash talk, I held my own but there were so many of them- and now I have an idea what any of our offensive linemen must have felt like during the actual game.

Following lunch we saw the sights where I caught myself looking up with an open mouth more than once. We played an unconscious game of “spot the fan” and I began to worry there were more Seattle supporters-interestingly our Seattle acquaintance voiced his concerns that there were far more Denver fans- our anxiety for the game reached its high-point.  We ended the day at another bar hidden in a wrinkle of the city called “Kettle of Fish” where we drank Yuengling  beers, discussed loudly what we thought could be every possible Super Bowl outcome and heckled the people playing “Risk” at the table next to us: “The Ukraine’s weak! Wizzeak!” 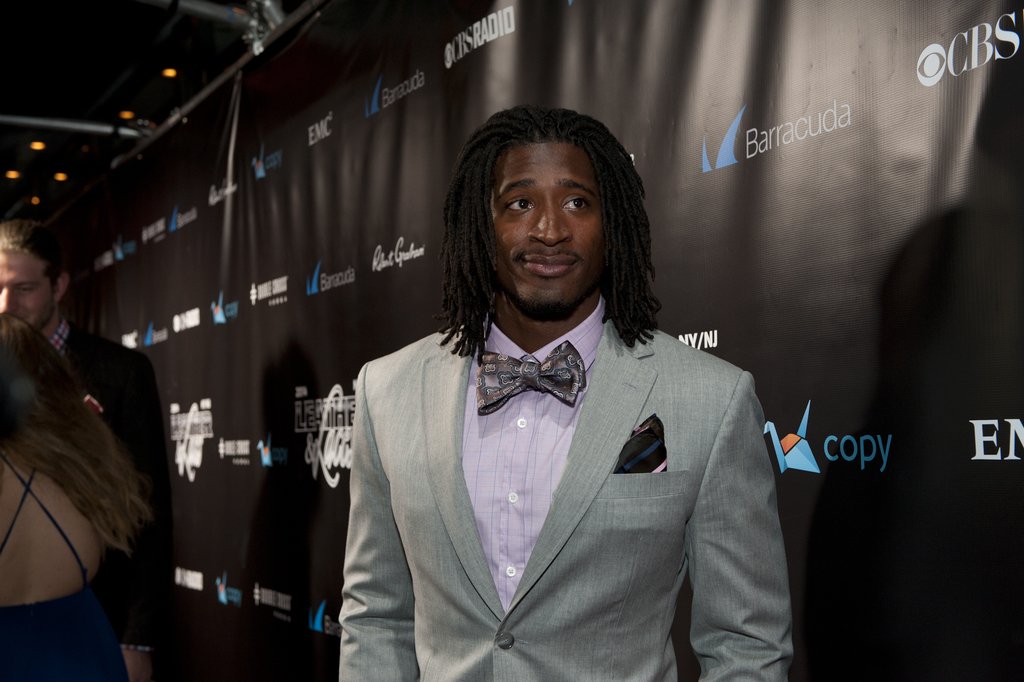 Arizona Cardinals receiver, Andre Roberts strikes a pose on the red carpet at Leather and Laces @ the Liberty Theater in Times Square

After your quintessential New York tourist day strolling through Central Park and the shit-show that was Broadway, I found myself at the Liberty Theater in Times Square for the Leather and Laces party.  They made good on the name with cocktail waitresses and bartenders serving drinks in a blood-pumping array of leather and lace lingerie.I found my place behind the velvet rope once more with @yellowlinephoto and sardined in between cameras, suits and microphones. The celebrities made their way down the red carpet- movie stars, celebrity chefs, reality T.V. stars, models, pro-athletes and entertainers of all sorts. But everyone seemed to be saving their excitement for Victoria’s Brazilian beauties and a glimpse of each was well worth the wait.

“Adriana! Over here!” Everyone with a camera was shouting the same thing- Adriana looked unfazed, almost like she’d been there before. In an age of Photoshop, she truly was just as stunning in real life as she is on the cover of any magazine, she was there for only a short time but caused a whirlwind with her presence- it was impressive and humbling to witness. Inside the party cirque performers dropped from the ceiling while drinks and deserts seemed to be floating around on endless trays carried by women who’d be the center of the party anywhere else. Celebrities mingled with party-goers and large scowling men with ear pieces watched like big bro,  all thanks to the arrival of the Super Bowl.

The big game will create a celebrity-clad weekend in any city, but the allure seemed to be magnified by the stage the Big Apple provided. Before that same game could rip my heart out and tie knots with my intestines, I was lucky enough to represent 303 Magazine on the red carpet at a few big events and what I’ve realized is that actors, musicians, athletes, and all celebrities alike are people, who aside from getting their picture taken love football and enjoy being a part of the game as much as much as any fan. The gravitational force of the Super Bowl is more than something to behold, it’s something that is to be lived, breathed and experienced. I feel honored and extremely proud that the team I love was a part of it, and you should too. Go Broncos! 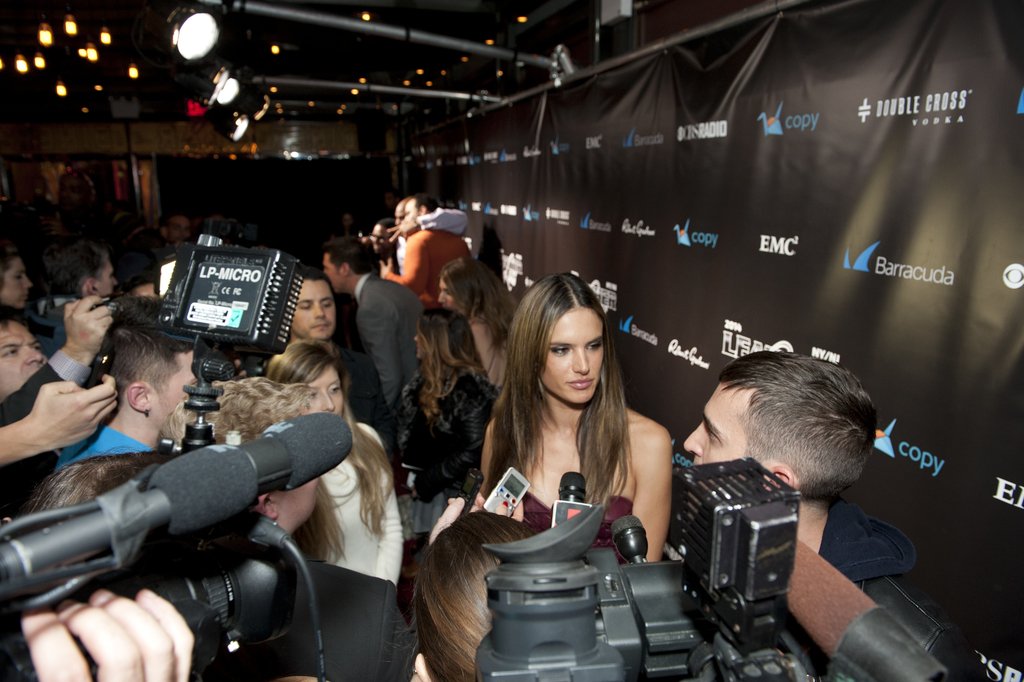