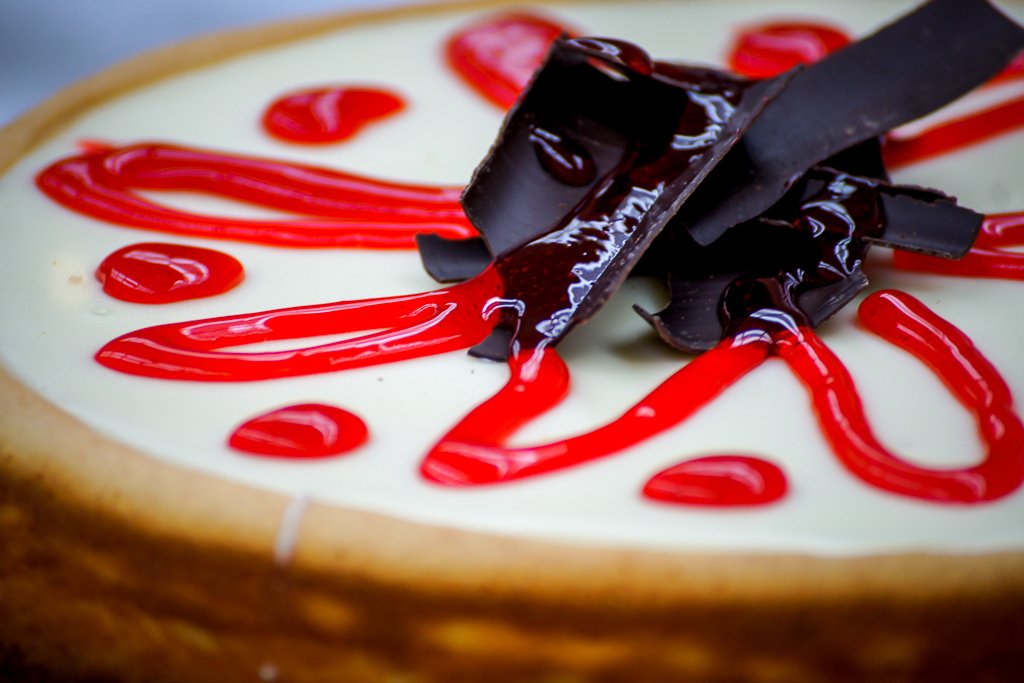 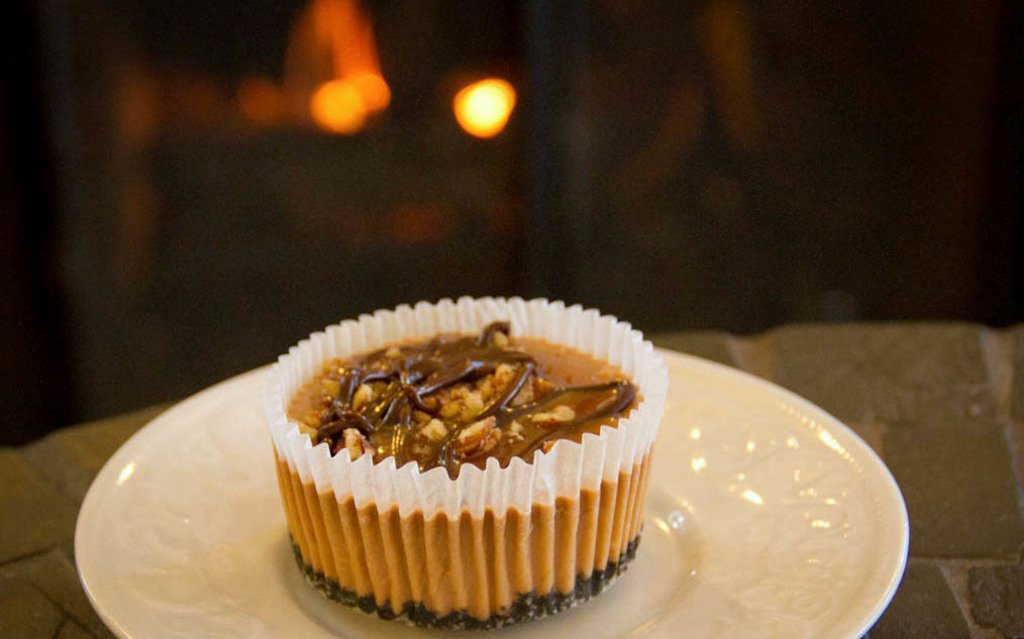 Pros: Adorably cozy space to relax and enjoy your cheesecake, tons of different scratch-made flavors to choose all at great prices. The toffee caramel is to die for.

Cons: Might be a bit of a trek for Denverites—but totally worth it.

I have a confession to make: I don’t normally love cheesecake all that much. It’s not that I dislike it, but given a choice, there are plenty of other desserts I typically prefer. That being said, none of my usual tastes apply at Cheesecake Therapy. I could easily eat three or four of the perfectly portioned mini cheesecakes. Cheesecake Therapy has made me a convert.

Walking into shop, fittingly located in an old house in downtown Arvada, friendly owner Heather Halldorson immediately makes you feel right at home. Halldorson told me she wanted Cheesecake Therapy to feel like “a trip to your grandmother’s house,” and she’s succeeded in creating a warm and cozy atmosphere makes you feel like family. Family photos adorn the mantel above the crackling fire, and little round tables topped with paper roses offer plenty of seating room.  In the summer, she opens up the garden patio, but this time of year, the parlor offers the perfect space to settle up next to the fire and enjoy the scratch-baked cheesecakes and a Vail Mountain espresso. Halldorson proudly features many other local Colorado products, including Glacier Ice Cream from Boulder. 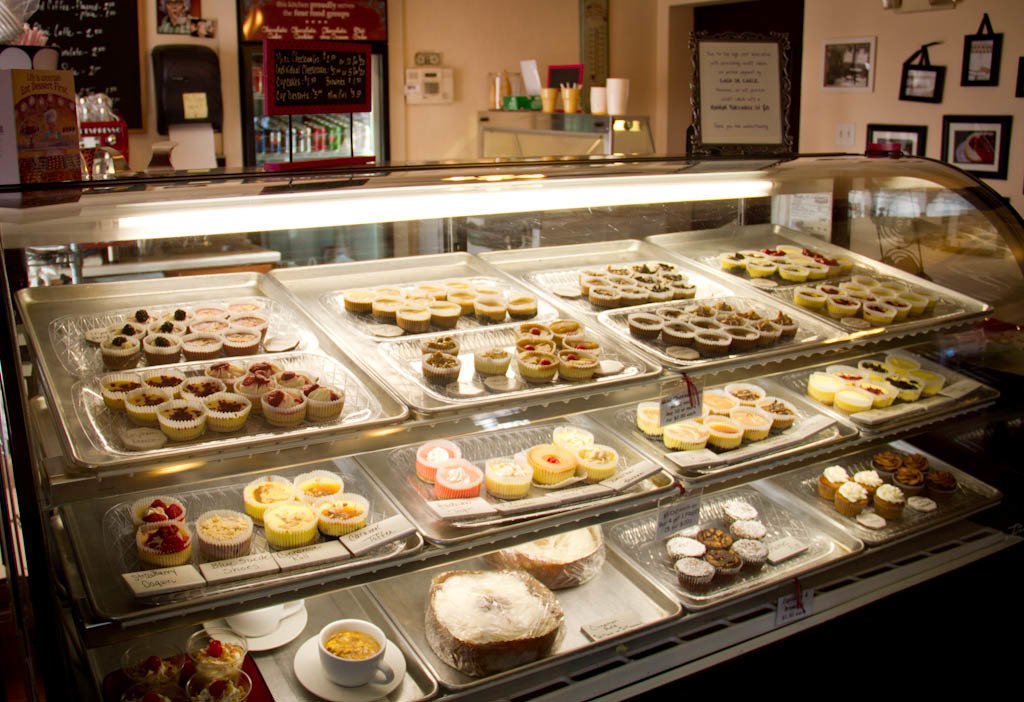 The display case of mini and individual cheesecake flavors at Cheesecake Therapy. Photograph by Crystal Rhea.

Fittingly, the name of the shop is a nod to family. Formerly a counselor herself, Halldorson comes from a long line of therapists and home bakers who always joked that “all you really need is a slice of cheesecake and a good friend.” She opened the shop almost five years ago and continues to honor her mother’s legacy, baking every single thing with time-honored techniques and love. As the website states, there are no culinary degrees or fancy internships here, but tradition passed down through the kitchens of generations before.

While many of the cheesecakes are based on classic family recipes, it’s clear that Halldorson also enjoys adding a creative touch to her selections. The array of flavors available on the Sunday that I stopped by was truly impressive. Halldorson rotates the flavors monthly. January has been coined “winter defiance month,” and the case is aptly filled with tropical, summery flavors like Jamaican banana and strawberry daiquiri. Creative flavors like cinnamon roll, chocolate macadamia and cherry almond share space with the more traditional New York style and vanilla sour cream. Luckily, Halldorson offers most of her flavors in a “mini” size, not much bigger than a cupcake, so I was able to try more than one. The toffee caramel was my favorite, with an Oreo crust, vanilla-scented cheesecake, and runny caramel sauce sprinkled with crunchy bits of toffee on top.

While I am a complete sucker for anything chocolate, I think the true measure of a place that slings cheesecakes is the flagship New York style. Halldorson’s had a perfect texture, not too airy, not too dense, with a nice balance of graham cracker flavor. Though cheesecake is supposed to be rich, others I’ve tried leave you completely overwhelmed after two bites. Halldorson’s strike a balance between lightness and decadence that leaves you wanting more, and the smaller portion sizes don’t hurt either. She sells a slightly larger size in the shop as well, and does full-size cheesecakes and custom orders.

It’s hard to even describe how much I love this place. Not only is it original,  (you’d be hard pressed to find another small bakery so dedicated to cheesecakes anywhere around), it’s a genuine family business with a touching story. All of the cheesecakes that aren’t at peak freshness are donated to the Arvada food bank. The welcoming space makes it the perfect place to bring everyone, from children to grandmothers to dates. The cheesecakes are outstanding and you can really taste the love and intention put into them. Though charming, Olde Town Arvada might be a bit out of the way, but this shop alone is worth the drive to spend an afternoon. I know I’ll be back soon for a respite from a stressful day to relax and enjoy the therapeutic benefits of  really good cheesecake. 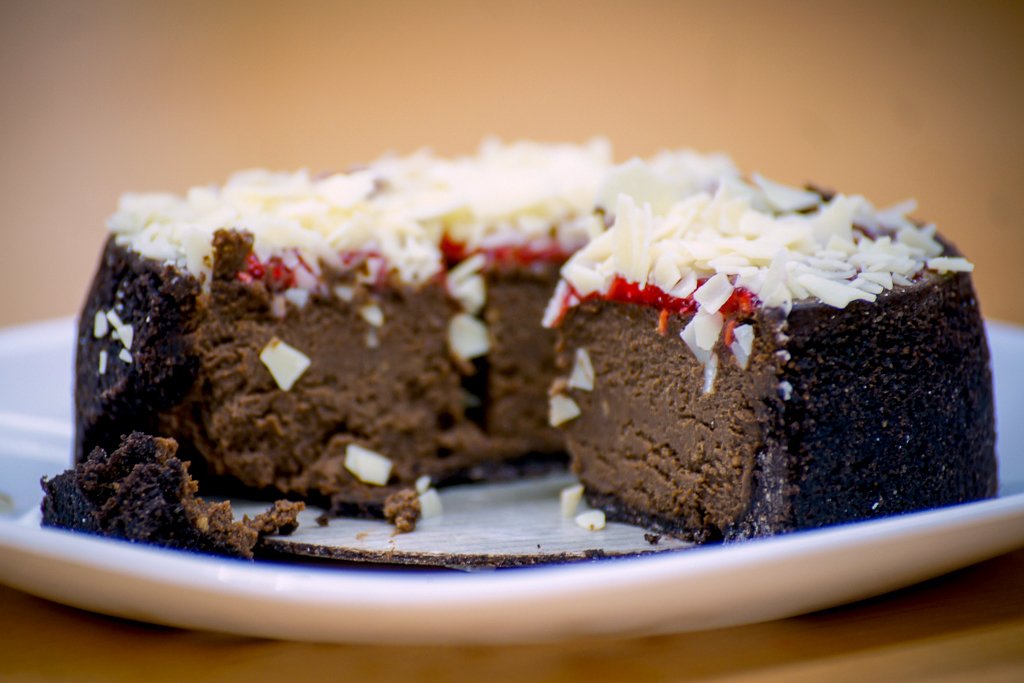 Where: Any King Soopers in the bakery case.

Pros: Vollmer’s makes quality cheesecakes readily available at any King Soopers and featured at many local restaurants as well.

Cons: No storefront, so experiences with this bakery are more of the grab and go nature. 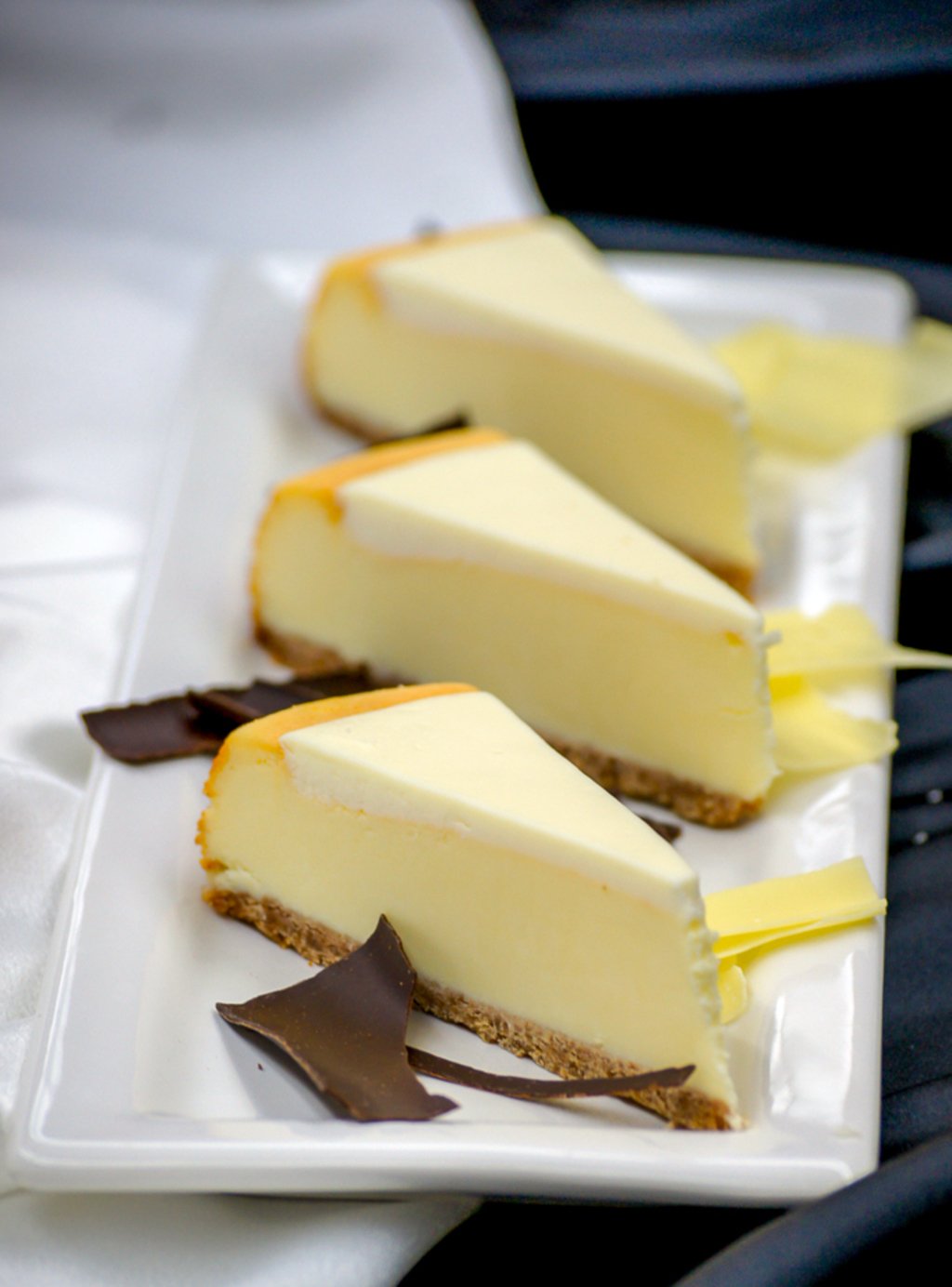 Vollmer’s slogan, “the bakery that has stood the test of time,” is seriously no joke. This bakery has been churning out baked goods in Denver since nineteen thirty-two! Joseph Sekrieh, the current owner, took over thirty-eight years ago, and he oversees the consistent quality and distribution of Vollmer’s specialty cheesecakes.  While in the past, Vollmer’s bakery had many outlets throughout the Denver area, they’ve now paired up with King Soopers so that their products are widely available. Vollmer’s continues to use traditional European techniques and recipes brought over by the founder, German immigrant Bill Vollmer, baking around twenty-five different flavors every day.

For a large-production, wholesale bakery, Vollmer’s stands out for their unique flavors and consistency. Their mile high cheesecake truly lives up to the name—it’s the tallest cheesecake I’ve ever seen, with a single slice weighing in at a pound. Most impressive, the cream topping on the New York style cheesecake is their own secret recipe—instead of using prepared sour cream they make their own dairy product to give it a signature flavor. Out of the flavors I tried, the visually appealing chocolate raspberry cheesecake, topped with vibrant raspberry filling and white chocolate shavings, was my favorite. Vollmer’s doesn’t have a storefront, but you can find their cheesecake in any King Soopers in the dairy case.