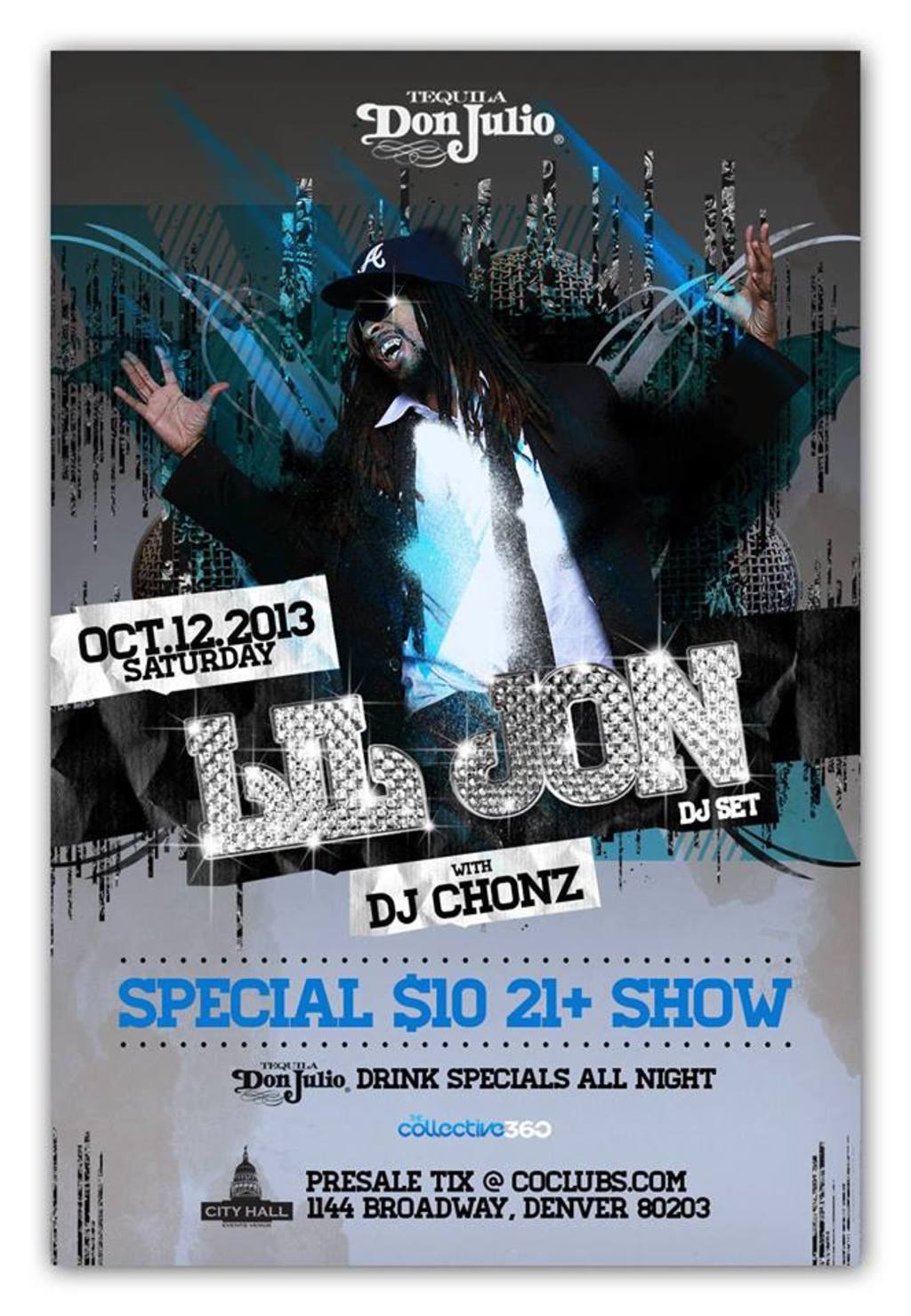 If you only know the name Lil Jon from his stints on Celebrity Apprentice, please close your browser and stop reading this now…

Now you are still reading this you probably know Lil Jon as the music executive turned DJ turned national recording artist turned back to DJ.

I admit I might be a bit biased on my thoughts on Lil Jon.  I grew up on the heavy bass music and hard party rap during the final decade of the 20th century. Pioneering this scene was Lil Jon and the East Side Boyz.  Add to that the fact that I saw several of his DJ sets while I lived in Las Vegas and you can tell I am excited about this show.

If you happen to be around the SoBro neighborhood this Saturday night you might hear a lot of “Yeeaaahhhh” and “Shots, shots, shots” because world famous Lil Jon will be putting on a DJ set in the Mile High City.  The 21 and over show starts at 9pm at City Hall Amphitheater on the intersection of 11th and Broadway.  The price of admission will only be $10 and City Hall will have drink specials all night courtesy of Don Julio Tequila.

Opening up for Lil Jon will be DJ Chonz, the longtime Colorado DJ that is most known for being an on air DJ at KS1075.

So chill you Crunk Juice, stretch to “Get Low”, and raise your drinks to get “Outta your mind”