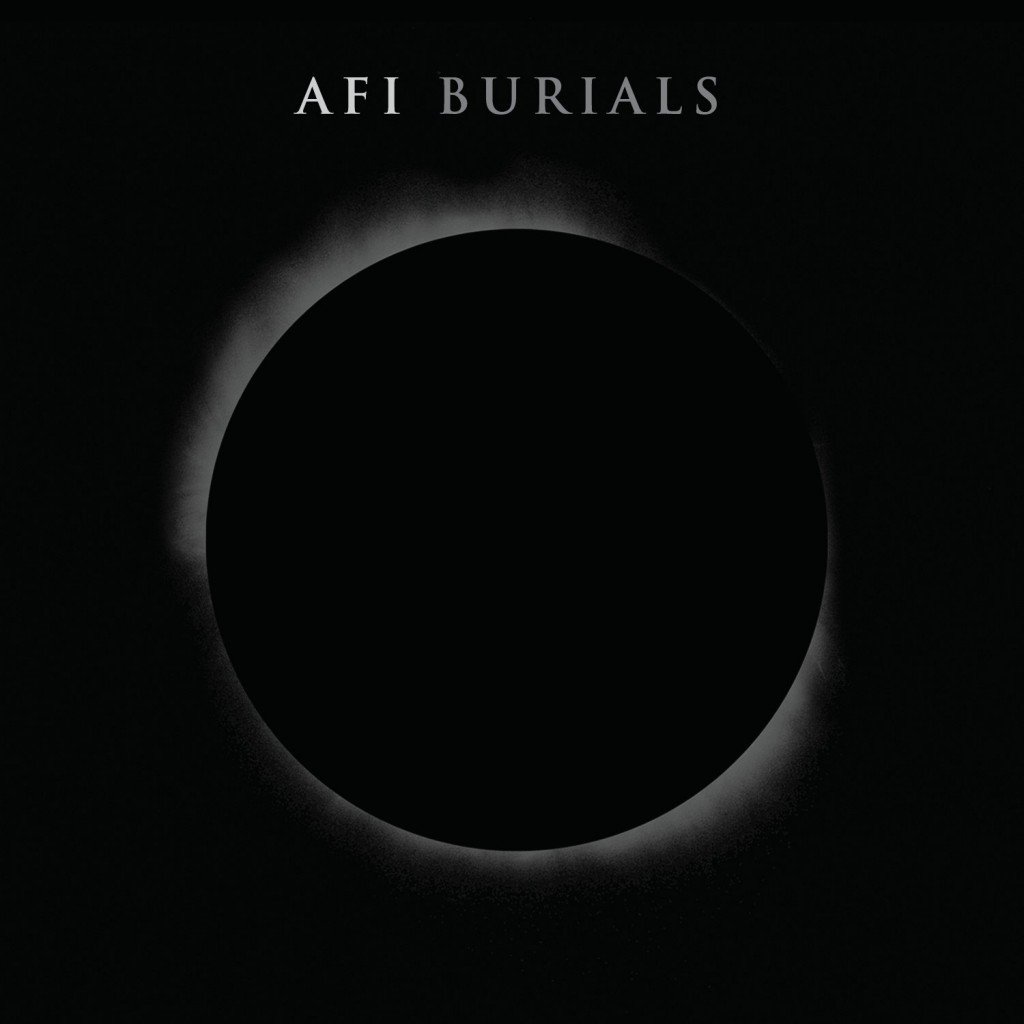 The Drop: “Burials” by AFI

Burials begins the way that many of AFI’s releases have begun — a rip-roaring introduction (“The Sinking Night”) closely reminiscent to that of an epic battle cry pulls the audience into Havok’s world of chaos and despair, before launching into one of their previously released singles, “I Hope You Suffer.” AFI’s anthem-like single sets the audience up for what tends to be a mixed genre record that follows one constant — impassioned vocal work and over-the-top musical flair. 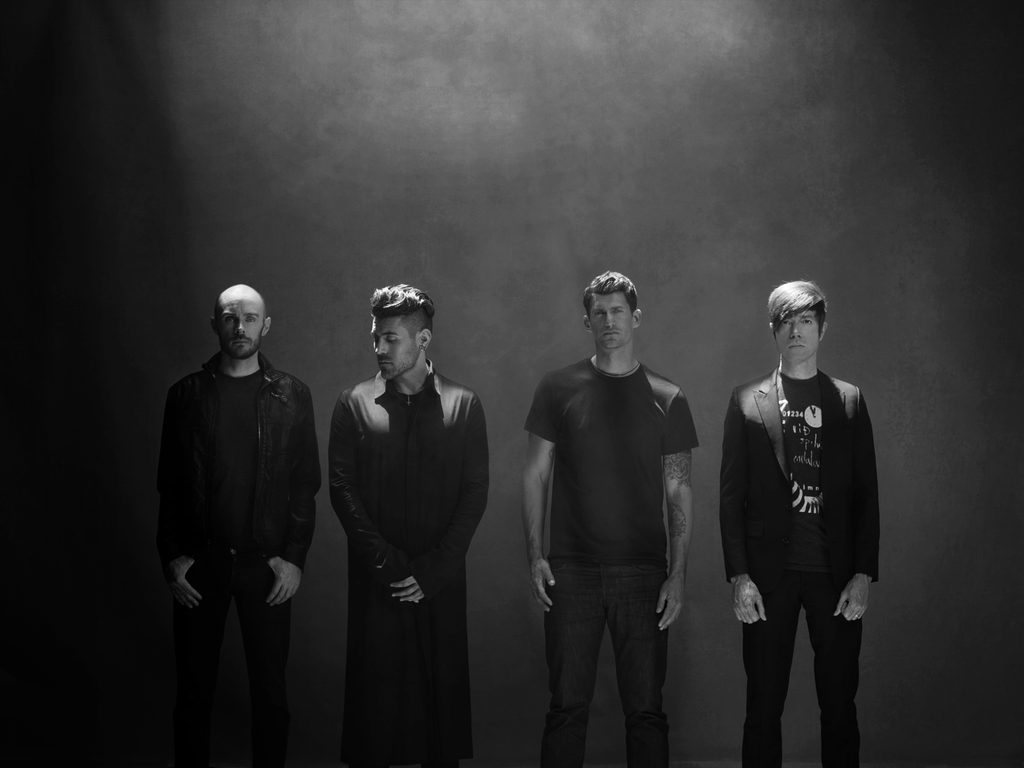 Havok soars across the album, pushing the vocal limits (that he’d probably never thought possible during the pre-goth punk days) to an entirely new standard. His vocal work keeps songs like “I Hope You Suffer,” from becoming static, apathetic attempts at rousing attention. But, there’s something much deeper when you look at a track like “I Hope You Suffer” than what appears to be on the surface. And going by title alone, it’s quite obvious that Havok was in a much darker place than many expected, especially after his beaming buoyancy on Crash Love, which at the time, had completely altered AFI’s general approach and appearance in the public eye. Not only is this opening single a much darker tune, but the entire album — aside from a few up-tempo ‘feel good’ tracks — features Havok in a state of brooding, morose detachment. It’s almost as if Crash Love had been used as a charade to cloak Havok’s underlying melancholy and depression, which can be linked to both, Sing The Sorrow and Decemberunderground.

This is an album where Havok returns to truly shed light on his despondence and on the dark times that he had kept relatively hidden for the past four years. Songs like the second featured single, “17 Crimes,” unequivocally and eloquently put Havok’s emotions on display for all to see. “Let’s love like seventeen/I’m in love with poisoning/Only bring your pretty frightful gifts to me/Let’s love and kill like seventeen now.” Giddy, up-beat rhythms prey upon the minds of the young and the innocent, luring them in before they’re capable of taking notice that the disturbing lyrical direction that Havok makes so blatantly conspicuous actually makes the song that much more macabre and that much more unnerving.

Burials does fall short of the previous decade of AFI records (which found enormous success) in the fact that none of the singles that have been featured, thus far, have become prolific hits.

Sing The Sorrow featured “Girl’s Not Grey” and “Silver And Cold,” two AFI singles that gained significant worldwide commercial attention, putting AFI on the rock charts. Decemberunderground continued with that same success, but expanded upon it in more ways than one when their lead single “Miss Murder” went straight to number one on the Billboard Hot Modern Rock Tracks and won Best Rock Music Video on the MTV Music Video Awards. Their second single, “Love Like Winter,” hit number four on the same charts, while Crash Love‘s “Medicate” reached number seven, even with the sudden change in sound and style. 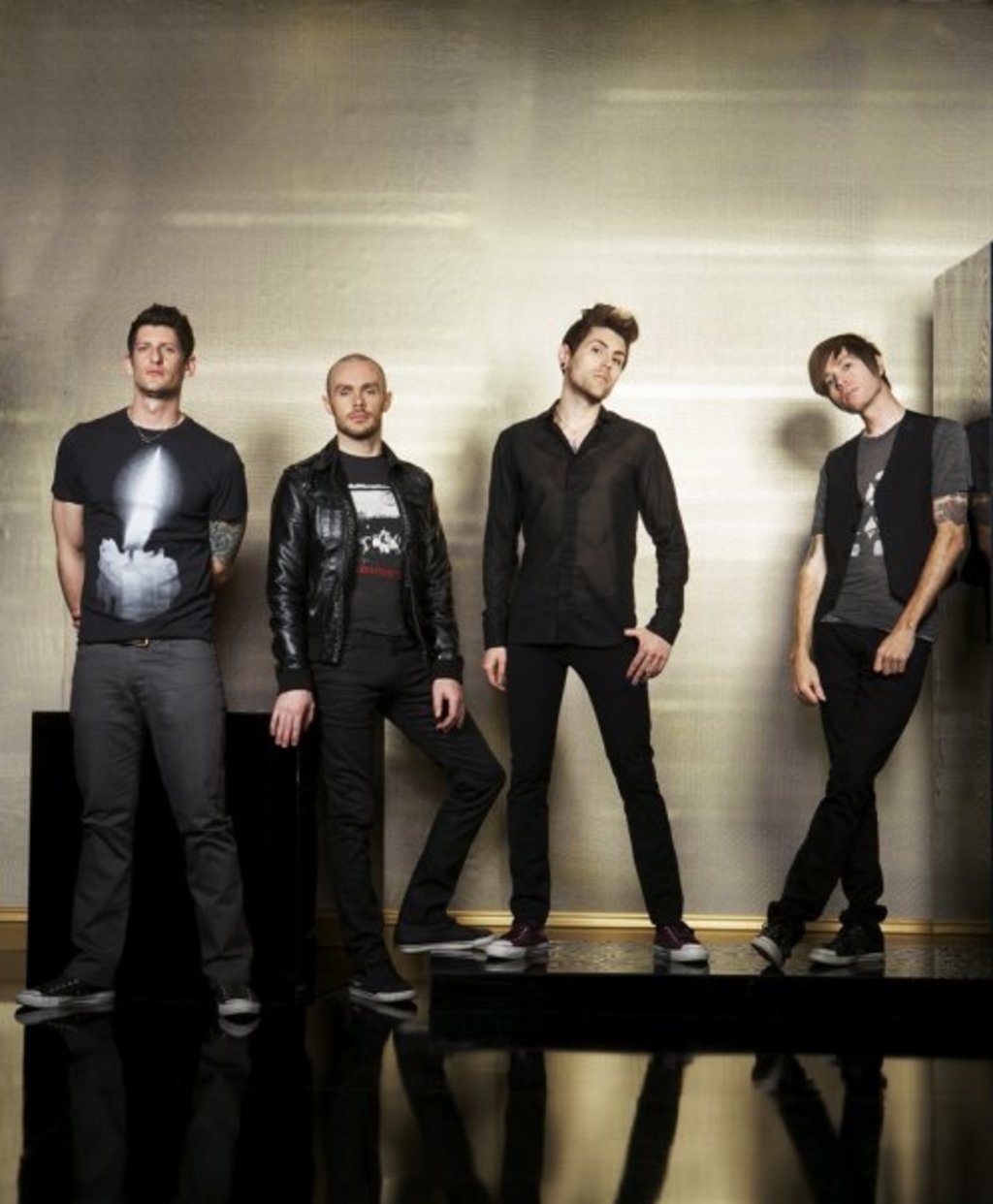 This brings us to Burials, which may actually do very well in chart position — as an album — but that still doesn’t hide the fact that this record hasn’t seemed to produce that one hit that helped fuel so many of AFI’s previous records. This could potentially lead to a dwindling commercial appeal that AFI once utilized so effectively, but I digress.

Tracks, “A Deep Slow Panic” and “The Face Beneath The Waves” are two of AFI’s most creative from the record and deserve much attention and recognition in that AFI is still progressing. Stagnancy and complacency have yet to set in for this band of 22 years, which is very respectable in its own right. (Hell, just staying together as a band for 22 years deserves an immeasurable amount of commendation.) These two tracks also expose AFI’s real symbiosis with Blaqk Audio, helping justify that these two projects aren’t as far off in sound from one another as they used to be. And for AFI to stay relevant, commercially, merging the two projects may be that necessary next step that Havok and Puget eventually have to come to terms with.

Burials is a true delight for fans of AFI and Blaqk Audio alike, but just don’t be too shocked when you hear the record and realize that Havok and Puget have all but combined the two together at this juncture in the band’s immense career. AFI will always remain AFI, even without the dazzling hit single, and this has never been in question. It’s if Blaqk Audio will remain its own separate entity or if the amalgamation of the two has rendered it nearly out of commission. Nevertheless, Burials is a gloomy autumn treat that blooms the darkest, blackest of punk and gothic rock rose petals, which should be enough to suffice for even the oldest of AFI fans.