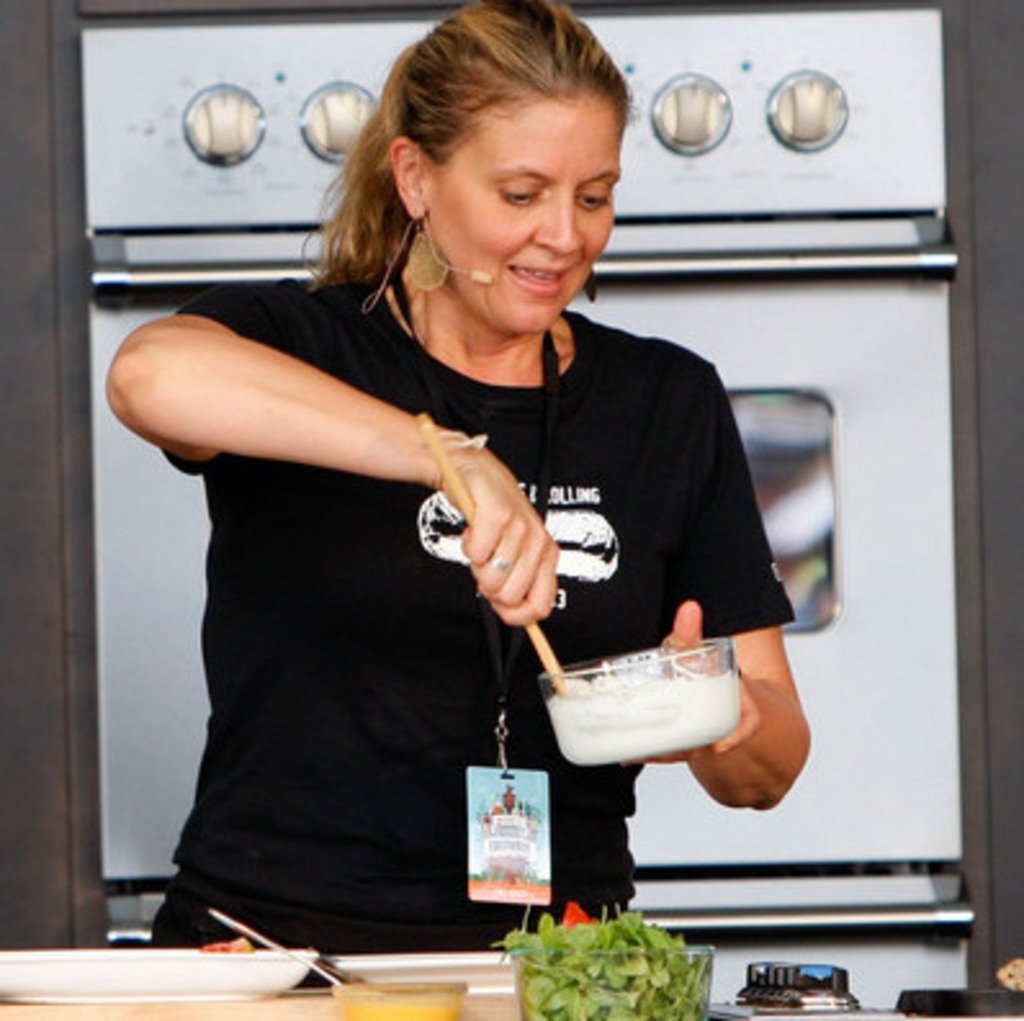 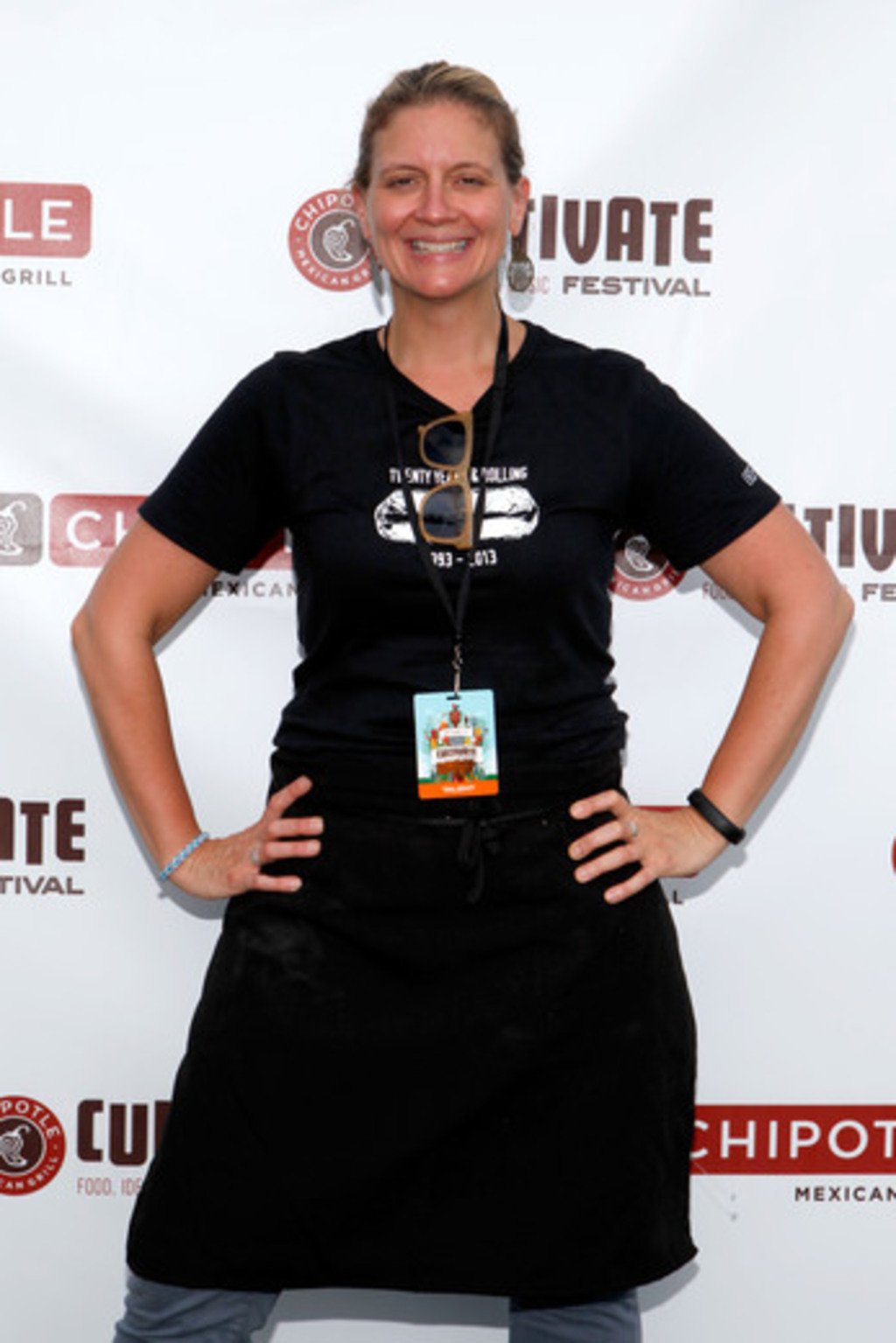 A long-time advocate for all things local, organic and fresh, Chef Amanda Freitag has made a name for herself as a familiar face at the judge’s table and in the kitchen on The Food Network’s Chopped and runner-up on The Next Iron Chef: Redemption as well as Unique Eats on the Cooking Channel.  This year, she’s getting back in the kitchen as she’s set to open her first restaurant, a localvore 24-hour diner in New York City’s Chelsea neighborhood in the historical Empire Diner space.

Somehow, though, Freitag found the time for a quick stop in Denver this past weekend for Chipotle’s Cultivate Fest (read our overview of this event here) where she teamed up with Boulder’s Cure Organic Farm to whip up some bun-less lamb burgers and heirloom tomato martinis at a packed cooking demo.

Though she can often be caught giving stern glances to the contestants on Chopped, Freitag was all smiles after sweating it out in the Chipotle kitchen as she took a few minutes to talk to 303 about the importance of sourcing foods locally, her favorite kind of beer, and one ingredient she doesn’t want to eat again:

Why are you here at Chipotle’s Cultivate Fest? You’re not a native Coloradan, what brings you out here?

I’ve done every Cultivate Festival from the beginning. Chicago twice, Denver, this is my second time, and San Francisco. I love it because it’s about food and connecting people and farmers. It’s educational, but sneakily, so its fun and we get to learn about food and farms at the same time.

Where did you get the passion for the sustainable food and farming?

After starting to cook for a while, it just made a lot of sense. The product is different, it tastes different, it feels different. And meeting the farmers, you realize that you have an obligation to them, a responsibility to what they’re doing and to support everybody. They support you, you support them, and it all comes out really good in the end. 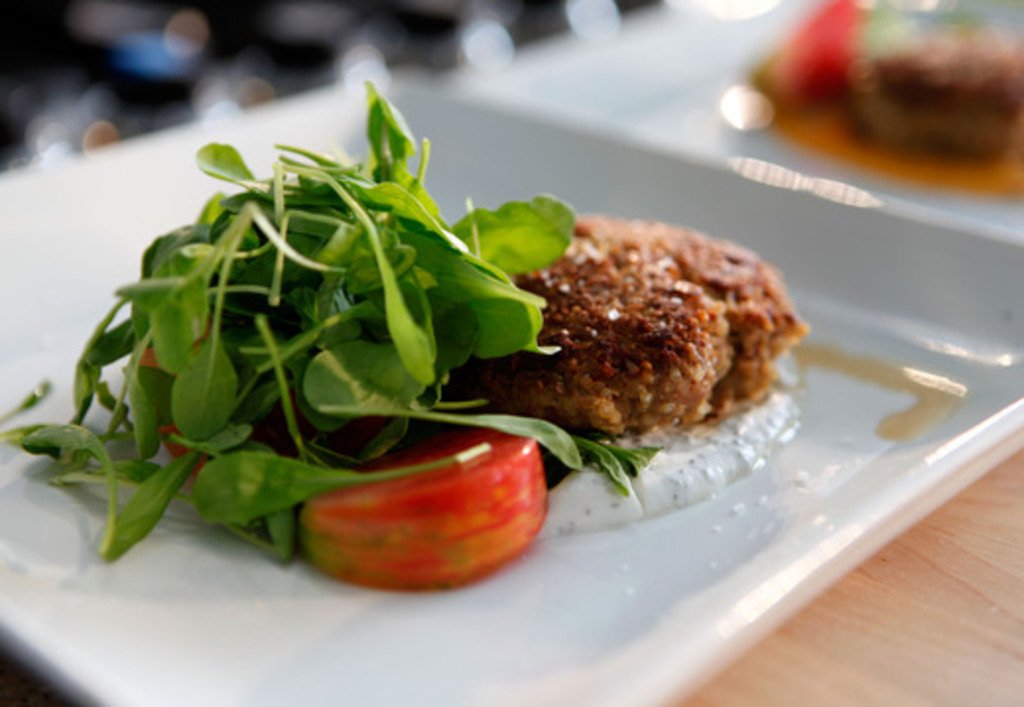 Freitag’s Bun-less Lamb Burger with produce from
Boulder’ Cure Organic Farm.
You might see one on the menu at her new restaurant.

Are you going to be doing a farm-to-table concept at your new restaurant?

Definitely. I have a few hardcore relationships with my farmers that I’ve had for decades. I’m definitely going to use them. For me it’s inspirational because in New York we have four solid seasons and it makes it way more fun.

Any Denver-influences? Will there be any green chili?

Not yet, but maybe. I never spend enough time here when I’m in town. I need to spend more.

There’s a beer tent here this year as well, what craft beers are you into?

Actual brands, I don’t know them well enough to say, but I love sour beer right now. I’m really into sours, tasting them and pairing them with food. I think that that’s a really fun way to try different beers and try food with something other than wine.

What’s your favorite music to listen to in the kitchen?

I usually listen to 70’s disco when I cook.

What’s one of the grossest foods you’ve ever eaten on Chopped?

Probably durian fruit. It smells like blue cheese and garbage.

So no durian fruit for Freitag. But we highly recommend she visit Denver again soon for something (anything) smothered in green chili and maybe a Surrette Sour from from Denver’s own Crooked Stave Artisan Brewing Project.

All photos courtesy of Getty Images