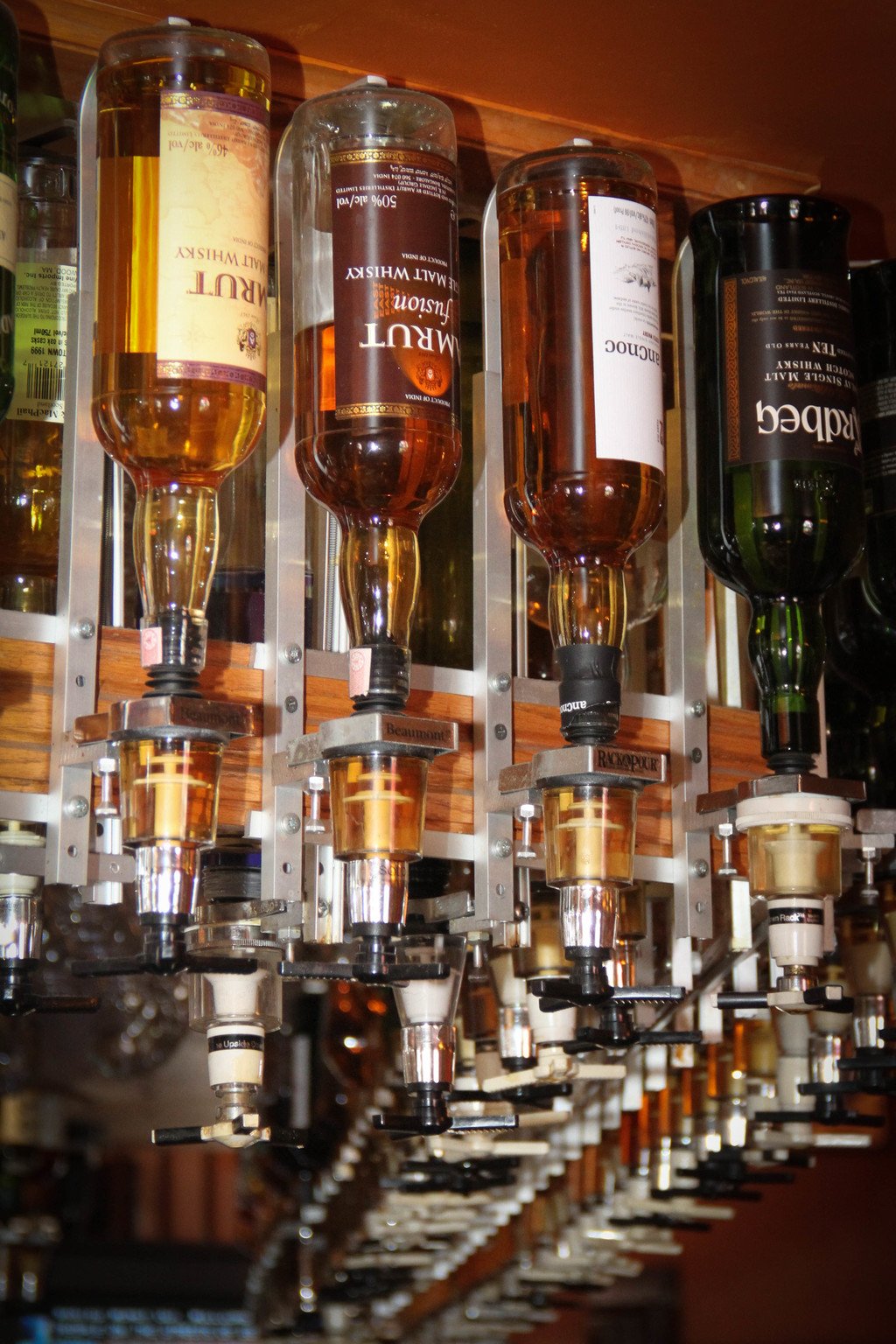 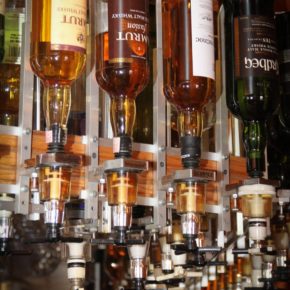 What: Largest Selection of Disterlleries outside of Great Britain

Recommendation: If you are new to Scotch, try the Single Malt Sampler for $20.  This takes you on a tour of all of the regions of Scotland, without leaving your bar stool.

When you see the two British flags waving in the breeze behind a red London style phone booth, you know you have arrived at Denver’s Scottish gem. I always hear about the distillery selection at Pint’s Pub, but I was completely unaware of the serious beer they are brewing in-house.  They brew 11 styles of craft beer, and they are setting themselves apart by doing  “live ales, or cask conditioned ales,” that are rarely found in the U.S.  The second fermentation is done in its container and no CO2 is added, hence the reputation of being the “Champagne of beer.”

It was my first time trying a live ale, and I was pleasantly surprised at the concentrated flavor and very low carbonation level.  The two live ales they have on tap are the Lancer India Pale Ale which is complex, hoppy, with an intensely  floral aroma.  The other cask conditioned ale they are hand pumping into your glass is the  Dark Star Ale which is dark and malty, with a hoppy finish.    The light carbonation from these ales a totally different mouth-feel, letting the flavors fill your mouth instead of the bubbles.  They were on the heavy side for a night of boozing, but you could sip and savor a few pints easily.  My favorite brew of the day was the Idyllweiss Wheat, their Bavarian style beer that had a burst of lemon on the tongue.  The Czechmate Pilsner was another tasty ale that had a nice hoppiness to it.  If you are a beer lover (and who isn’t in Denver) you have to stop in and drink a few pints of their delicious craft beers on tap. 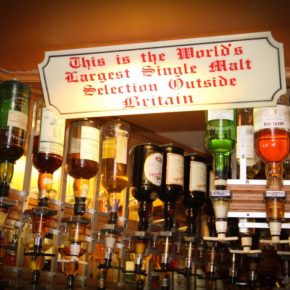 When you walk through the door you are undoubtedly in a pub, everything is warm wood and you can’t  miss the seemingly endless bottles of single malt whisky hung upside down around the entire bar.  This is the 20+ year collection of whisk(e)y that the owner has been collecting.  About ten pages of the menu are devoted to Single Malt Whisky from Scotland, but they also have a few pages devoted to World Single Malt Whisk(e)y from all around the world.  You are certain to find something you like-or something you have always wanted to try on this menu.  The descriptors of the whiskys read like a wine aroma wheel.  Words like fruity, herbal, tangy, full-bodied, smoky, bourbon character, vanilla, and cinnamon are sure to get your taste buds deciding what to try first.  Are you a beginner?  Try something from the Lowland region of Scotland, they are typically triple distilled, and don’t have the salty, smoky, peaty characteristics that the other regions have and that can be a bit harsh on the beginners palate.  If you are an intermediate to advanced whisky drinker, you are able to experiment with The Select Six. With The Select Six, you are able to try a lot or a little of six chosen whiskys that are rotated on the back of the menu.

The menu of food will also take you right back to Scotland.  Scottish fare like the Sassenach Sashimi  is Scottish style smoked salmon with pumpernickel bread, diced tomatoes, and onion wasabi sauce, and the classic Fish and Chips make up most of  the menu.  “Bloody Good Wimpys” (hamburgers to us) are a  popular and hearty choice to combine with your pints of ale.  They are also serve traditional bar fare like wings and “Crisps” (home made potato chips with salt and vinegar) because it wouldn’t be a pub without them.

Pint’s Pub is only two blocks from the Denver Art Museum and one block from the Denver Mint, although it feels like it is off of the beaten path.  This pub has a cool laid back vibe in a great area of town , it just happens to be their little secret that they are doing exceptionally rare ales, and have the best selection of Single Malt Whisky outside of Scotland.  They have free parking on the west side of Dozens Restaurant.  Friends visiting from across the pond? Pint’s Pub would be a great place to show them how Denver does a Scottish pub!  Cheers!