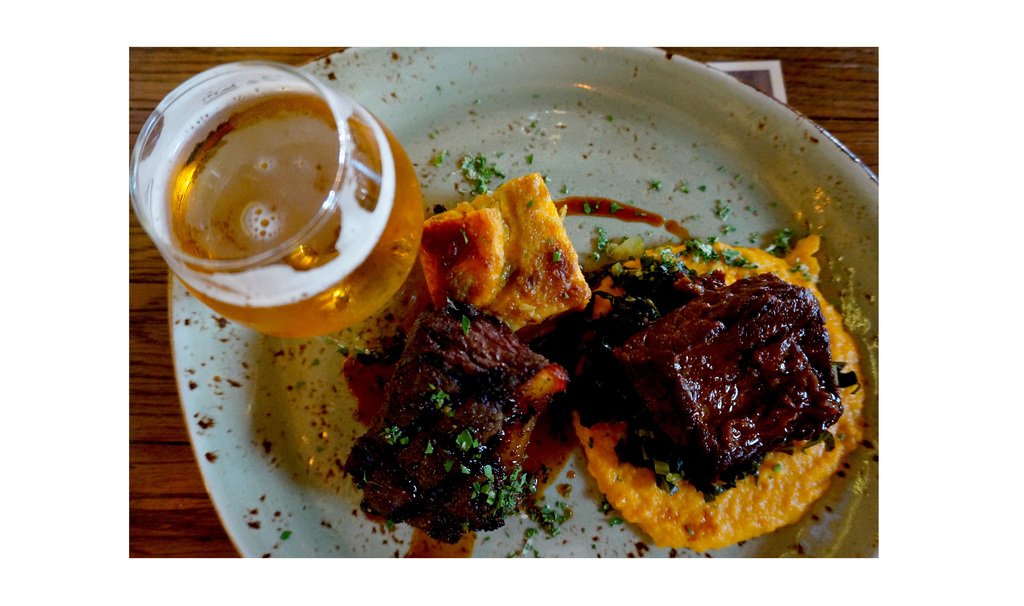 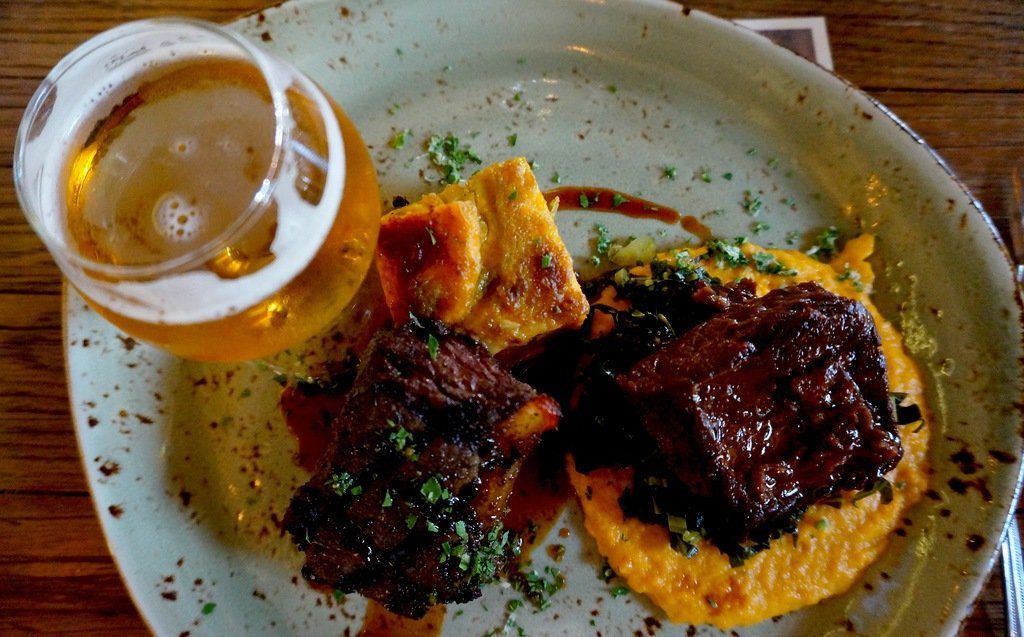 Kachina Southwestern Grill’s Beast and Beer Dinner series keeps it simple. They have one brewery, one ranch and one point of view. This makes the overwhelming decisions that come with pairing beer and food much easier and often more successful. Because so far I’m not sure everyone has it figured out. Maybe that’s because we are all used to wine pairings and we’ve been doing that for centuries (and it’s still not easy). However at Kachina they have the right idea. Pairing up with one ranch, using one type of meat (in this case bison from Prairie Ridge Ranch) eliminated some guesswork for the chefs. 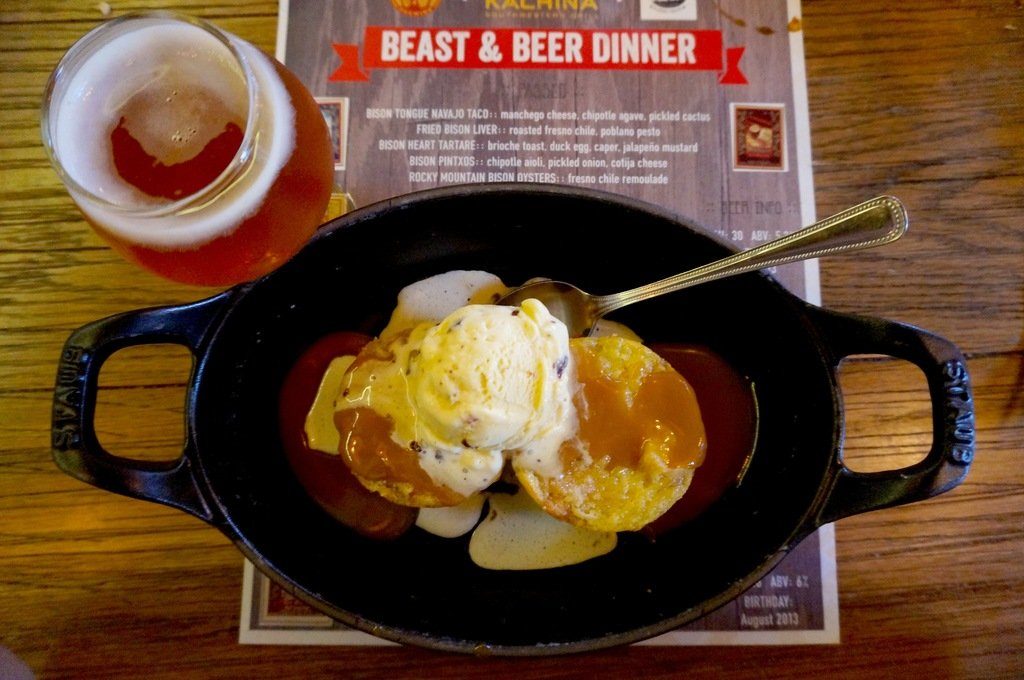 Rather they were confined to using ONE bison, and everything it had to offer. We tried it all too, from bison heart tartare to bison bacon gelato.The people from New Belgium then expertly paired all this delicious goodness with their best beers. Their French Aramis, a dry India pale ale, perfectly accented the amazing, melt in your mouth buffalo carpaccio that was dressed with a peach and arugula salad. The Rampant, a bitter imperial ipa, was also fantastic with their braised bison short ribs and sweet potato puree.  However my favorite was the unreleased pumpkin ale, Pumpkick, that somehow managed to make the pistachio bread pudding topped with bison bacon gelato even better. Overall the dinner was fantastic and luckily they have a few more coming up. The next one is August 21st with AC Golden Brewing and Cone Ranch and the last of the series is September 18th with Oskar Blues and Hops and Heifers Farm. It is all local and therefore a great way to get to know all the amazing beer and beasts Colorado has to offer. So get your ‘local-vore’ on and get a reservation.

A Look at the Menu at Knockabout Burgers, Now Open at Avanti