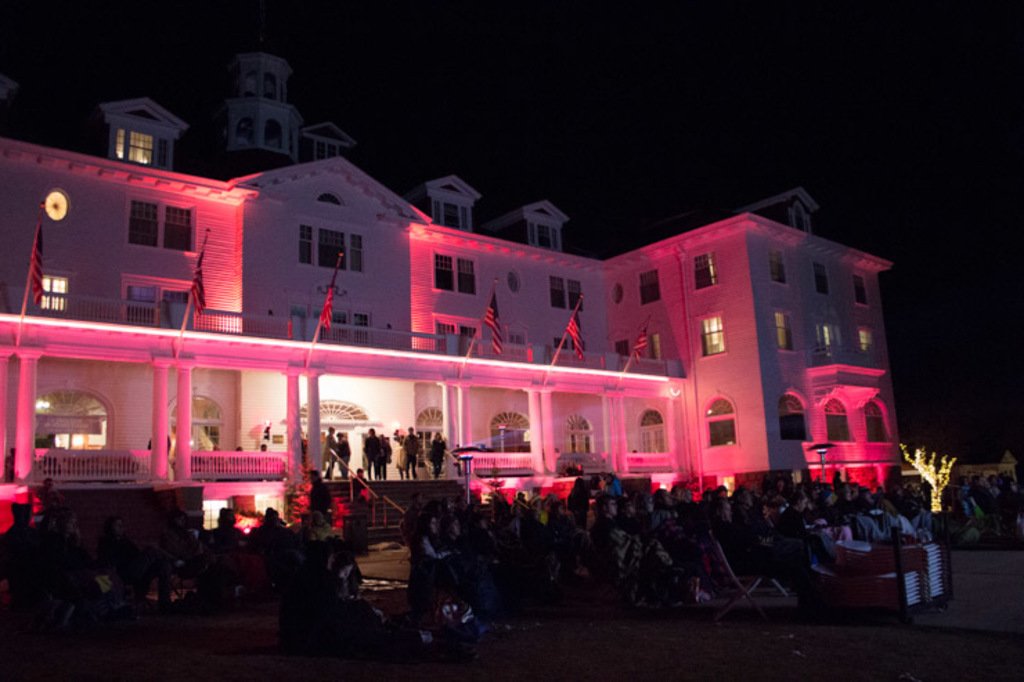 Last weekend was the inaugural Stanley Film Festival, a four-day fright fest held in the legendary Stanley Hotel in Estes Park, CO. Apart from spooking scores of guests since its opening over a century ago, this historically haunted hotel was the inspiration behind Stephen King’s The Shining — making it the perfect site for a horror film festival.

Film screenings, Q&A panels, award ceremonies, and lodging were all readily available to pass holders at the hotel — all accumulating on the presentation of the festival’s very first Visionary Award to horror-industry triple threat Eli Roth.

Opening night saw guests full of anticipation greeted by staff in fictionally iconic Overlook Hotel red jackets and a mix of directors and actors walking the red carpet. Among them was James DeMonaco, writer and director of The Purge, the festival’s opening night feature.

Starring Lena Headey and Ethan Hawke, The Purge is a look into the near future of a dystopian America in disguise. The year is 2022 and crime, violence, and unemployment are virtually nonexistent; but only because the U.S. government has sanctioned an annual 12-hour period when all crime — even murder — becomes legal.

Safe in their home behind their panic room-style security system, the Sandin family prepares for a peaceful night at home. That is, until the youngest of the family has a crisis of conscious and allows a stranger into their home to help him escape his pursuers.

But the man is homeless, among the Purge’s most common victims, and his pursuers believe they have a right to kill him and demand he be handed over. Now, the Sandin’s must decide if their safety is really worth losing their morality.

By the end, the film becomes much more than another thriller. At times, it’s full of the signature tricks trademarked by most horror flicks, but the film’s context of class and race is what keeps it from simply becoming a futuristic version of The Strangers.

Writer and director James DeMonaco took some time to talk to 303 Magazine about his film at the Stanley Film Festival.

303: How was opening night and the red carpet?

James DeMonaco: Great! The crowd responded well and it was such a beautiful place.

Tell me a little bit about the making of “The Purge.” What was writing and filming like?

It was definitely a long development, especially the script. We were really trying to get the tone right. There’s violence, but it also has other themes to it, you know, like poverty and the economy. It was a three-year script process, it definitely took the longest. Shooting was interesting. We didn’t have very many days to shoot, so we were on a tight schedule. We were trying to get the most bang for our buck and we didn’t have many lighting set ups, so we were really running and gunning. 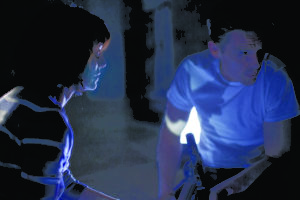 Lena Headey and Ethan Hawke as Mary and James Sandin in “The Purge.”

How was it working with the cast? Do you feel like your vision for the film transpired well with them?

Well, I’ve worked with Ethan before. He and I have a great shorthand and we’re very collaborative on set. Lena was great to work with, we were really lucky to get someone of that caliber. She just knocked it out. Then, Rhys really brought it to life. The film was very similar in vision to the script. You know, I think the job of a director is to realize sometimes that the original intent behind something is not always best and someone can offer more, so you’ve got to be open-minded on set. But here, everything was pretty much on par.

“The Purge” is an eery look into a future dystopian America. It’s very socio-economically charged. What inspired you to make it?

I wrote it as an absurdity. I’m a big fan of films with big, crazy concepts and old-school sci-fi flicks. I wanted to make something that addressed the relationship we have with violence as a society right now; with guns and violence. I wanted to get people talking about it. The film has themes of class, which sometimes also entails race, and I knew that would come into play when the victim was cast as black. It’s sort of comes from Hurricane Katrina and the government’s response, or lack of response, and how we treat the poor.

Participants of “The Purge.”

Without giving too much away, can you speak a little bit about the strong female role in the film?

She’s almost already dead in life. She’s born into this corrupt system, but she’s benefitted economically. In the end, she’s the one to say, “No, we’ve lost our souls.” She’s the one to take a moral stance. We had a specific map we wanted to follow for her. At first, she lost her way in life, but she emerges as the person who speaks out. The movie is really hers by the end.

“The Purge” also feels like a thriller. How do you feel about your film opening up the Stanley Film Festival? Are you a fan of horror movies?

Huge fan. Some of my favorites are Rosemary’s Baby, The Exorcist, and The Shining. But you hit on a good point, it is like a thriller. It’s not specifically horror, it’s a little bit of sci-fi, a little action, and a little thriller. I like to blend genres. I hope they were happy; I hope they liked it at the Stanley.

No, I just wanted to make something that would work on two levels. It’s thrilling at times, but maybe it can also be there to start some discourse and have them talking about what’s going on. Hopefully it’s also entertaining.

Thank you for your time, James.

The Purge opens in theaters June 7.