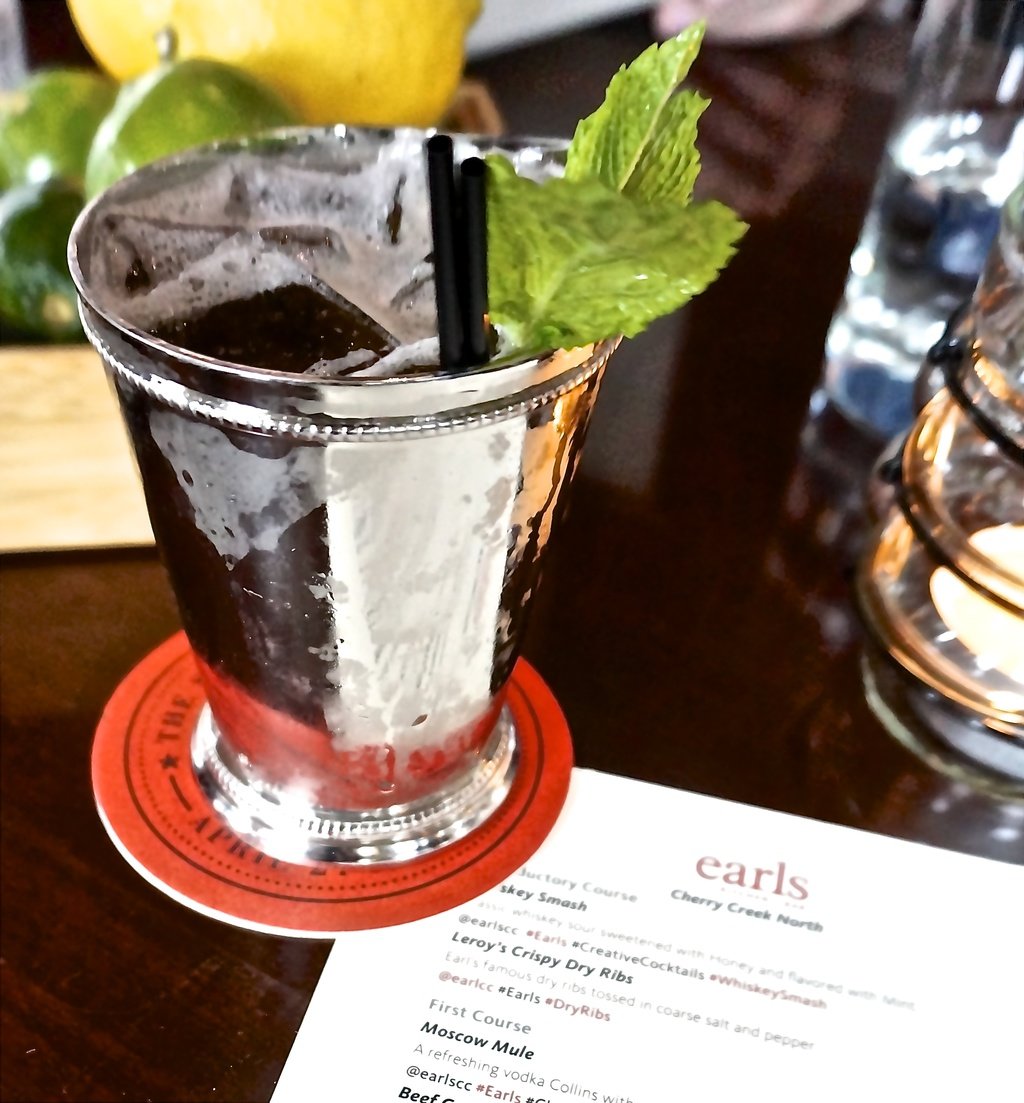 I, like many Coloradans, instantly recognize the name Earls. It’s the upscale restaurant chain that caters to the business crowd. It’s also the only reason you see men in suits on 16th  street mall brave the hoards of homeless men and awkward tourists (they have secret escape hatches for all other occasions).  I’ve personally eaten at Earls a couple times.  Typically my visits were preludes to a movie or dinner date, which often landed me at the monster location on 16th street mall. Every visit I received a similar experience. The food was good, service friendly albeit busy, but nothing special. In my mind it was a place to get a good but expensive steak. A go-to that is reliable and comforting. So when I was invited to try out their new spring menu I was expecting it to be tasty but generic. But even with this previous expectation, Earls kinda blew my mind…

Everything I tried was finely crafted and made with thought and care of a much smaller restaurant. I don’t know if it’s the expertise at the Cherry Creek location but I felt a transformation in the way they make their food.  They took a rather ordinary ‘American bar and grill’ type menu and injected it with love and care. Their steaks? Certified angus, and guess what? Local too. The majority of their steaks actually come from Greeley.  How about their bread? Baked in house daily. That’s pretty impressive by anyone’s standard and trusts me it shows.

Their lobster and prawn roll, something that I usually don’t care much for, was insanely delicious. Honestly it was probably the best bread I’ve ever had in the states. As for the drinks, Earls definitely got the memo. Since Denverites love them some tasty alcohol, Earl’s recently hired a fantastic mixologist that has created fresh and delicious cocktail menu. They even have their own beer and wine, both which I thought to be pretty good. And if you like whiskey, make sure to try their Whiskey smash. It  was a table favorite. Also, their Moscow Mule had just the right amount of ginger, definitely one of the best in town. As for their food, you can’t go wrong with their steaks. Tender, juicy and flavorful. As for their dry ribs, something I know a lot of people enjoy, I did not care for them. Thought that there was too much ‘dry’ and not enough ‘ribs’. But other than that, the entire meal was excellent. It’s definitely a place worth visiting and spending the extra money for a nice meal. Before, you’d get a generic meal. But now, Earl’s seems to have taken on a smaller, more artisanal mentality. They’ve begun to focus more on their food and their craft rather than building an image. I applaud their efforts and I think they will continue to grow rather than burn out and become irrelevant like so many other restaurants in the business.