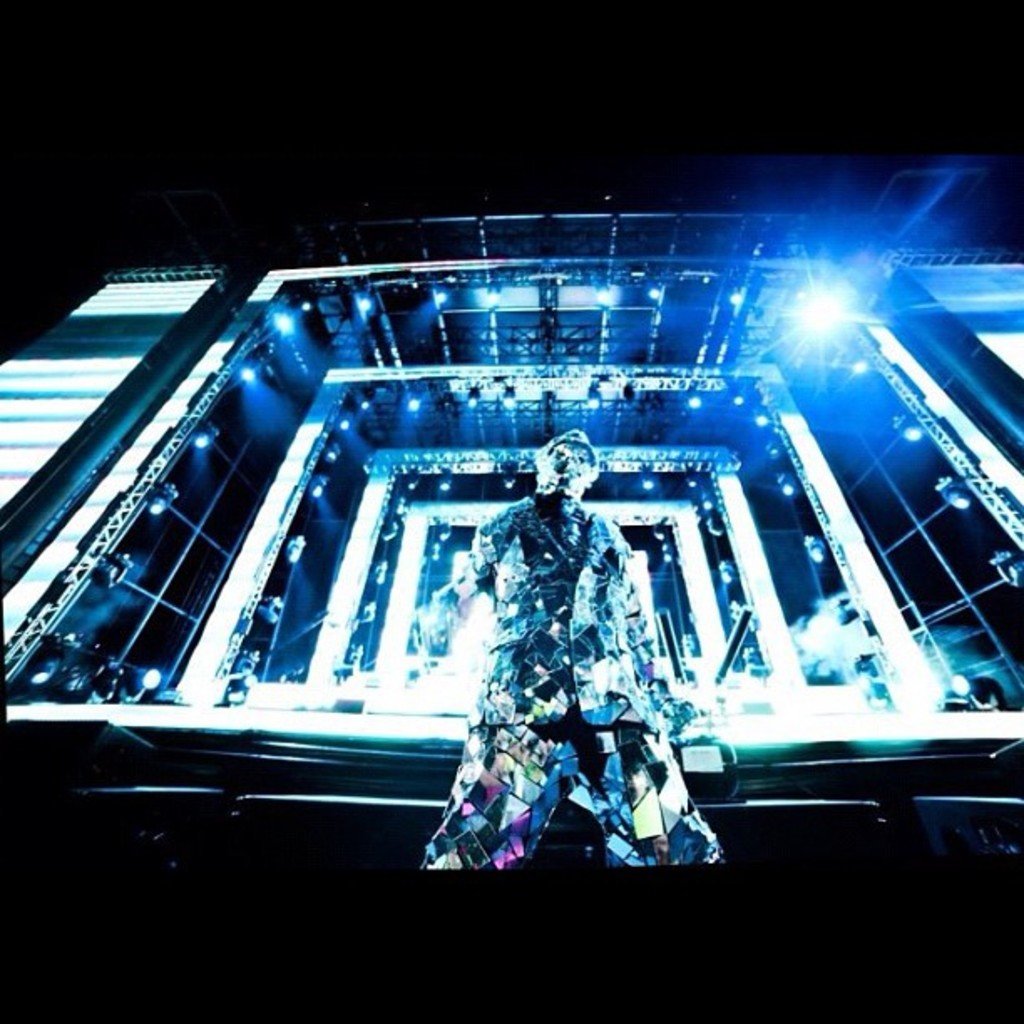 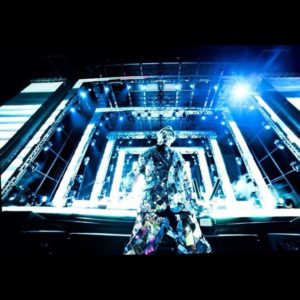 His momma was a dancer. His daddy, he had disco balls. Billboard Magazine called Mirror Man a “festival staple.” Thousands of EDM fans in LA, Denver, Dallas, Kansas City, Orlando, Seattle, New York, Oakland, Austin and even Puerto Rico have been delighted by the dude in the reflective shard-covered suit. Costume designer/performer and former Denverite Nathan Leite recently relocated to Vegas for a residency at The Act—Sin City’s hottest new club. Mere weeks later, longtime employer Insomniac Events, promoter of festivals including Electric Daisy Carnival (EDC), handed him keys to its costume warehouse. 303 Magazine caught up with Leite via Al Gore’s nifty internet invention to chat about where’s he been and where he’s bound.

As a youngster it was my dream to be a mad scientist with a big laboratory. I liked their hair and how they invented things. Though my parents tell me a story of how I wanted to be a rug cause I could just lay around all day and do nothing.

How did you break into b-boying and breakdancing?

My high school offered a b-boy class taught by other students. I was a little gutter punk that didn’t fit in at all; dance became my absolute passion the second I started. I rarely found a situation that didn’t include me at least doing a freeze on something.

Do you remember the first time you performed in public or on a stage?

I was involved in school theater from as early as I can remember. However, the first time I got to dance was a boy band lip sync contest. We did “Dirty Pop” by ‘N Sync. It had way more dancing than lip syncing, which resulted in a win. The losing team complained that we broke the rules.

When did stilts enter the picture? Costuming?

The first time I ever put on a pair of stilts was due entirely to the conductor of this interview. George (also known as Orange peel moses) was seeking an understudy for a Six Flags show he was featured in. He felt I was a fit and driven substitute for the days he needed to take off. He had me walking on drywall stilts on rather difficult terrain wielding a gigantic flaming rope. I set in with the management at the park to order some performance stilts which had a large fiberglass bow to hold your weight. These stilts would turn me in to a addicted little bouncy stilt walker. I played on them every day. When Halloween rolled around I was invited to walk the park as a haunting character. This gave me a chance to make my first costume. I hope there are no traces of it out there, ’cause it was a complete disaster.

At what point did you decide you wanted to do costuming and performance full-time?

As a b-boy/dancer in 2004, I loved getting paid gigs and found some sort of lucrative ones in the begging. I thought I was gonna have it made. Those good fortune gigs unfortunately didn’t last. I have since learned to embrace the life of a broke break dancer. Through all my efforts to make it as an entertainer, it has taken about seven years to make a living at it. Luckily, I have had web development work to financially pad my way here.

What has been the scariest moment financially since?

Shoot…every other week. I’m always living paycheck to paycheck. Hopefully my new residency will cure that.

How many man hours did initial fabrication of your Mirror Man costume take? What about regular maintenance?

Initially, Mirror Man took a little over 200 hours to create. Each mirror is hand cut, then the edges and corners are ground down so they won’t hurt anyone. I spend anywhere from two to ten hours a week maintaining the costume. I have rebuilt many full pieces since its original creation.

What are the most common reactions?

A long list of curse words come to mind right off the bat. The costume is intended to be a total mind f*#k. It succeeds 99% of the time.

What is the funniest or oddest reaction you’ve ever witnessed?

I had a quite obviously drug-impaired man follow me for nearly an hour. He didn’t say a word but looked like Macaulay Culkin from Home Alone with his hands on his cheeks, jaw dropped the entire time. Also, for some reason some girls think it would be a good idea to try and make out with a face of mirrors.

How did you land your current residency at The Act in Vegas?

Luck and friends:) I happened to be through town on Halloween and asked a dancer named Bambu if she knew of any work for me. She presented Mirror Man to The Act. They had me in and asked me to stay for the rest of the month. I was not able to do that but told them I could come back in two weeks. Done!

What are your favorite sounds to get down to?

Give me a set by anyone from Dirty Bird or M-NUS Records and I’m in heaven.