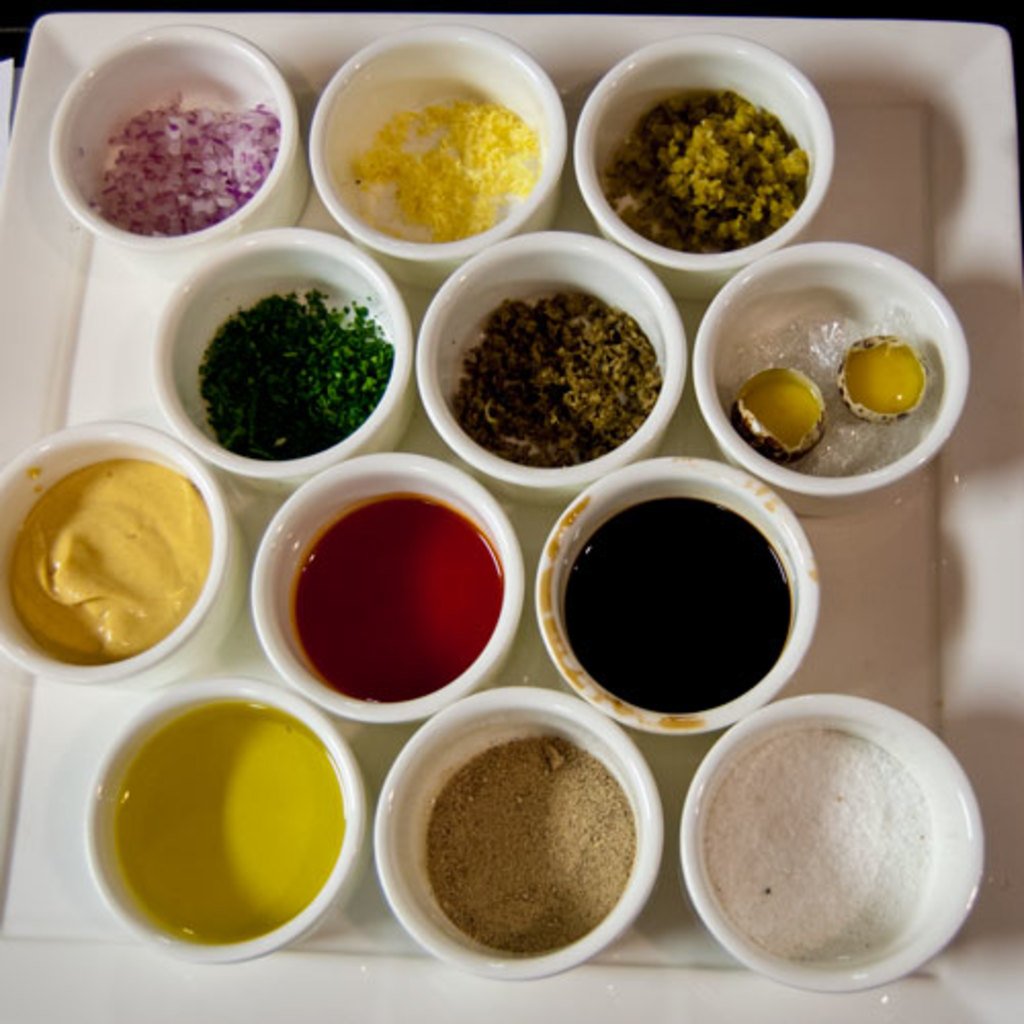 If you think beef tartare is just a bunch of meat, think again.

Executive Chef Simon Purvis made it for us in the kitchen 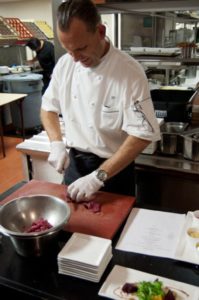 ( at EDGE Restaurant & Bar) and I watched as twelve different ingredients were patiently added to bring out the natural flavors of the beef. These ingredients included onion, mustard, hot sauce, soy sauce, garlic (I think), salt, pepper, and two tiny quail eggs. Why quail eggs? because they’re richer than chicken eggs, and nothing says luxury like little quail eggs. Without watching the tartare being made it would be difficult to identify all of these ingredients, but the sum effect is tangible to all: mere beef is elevated to a rich, decadent and complex dish. Putting it on focaccia with some horseradish cream on top doesn’t hurt either.

I liked the beef tartare best, but it wasn’t the only appetizer I got to try. The lump crab cake with tomatillo/avocado salsa and Cilantro Salad was very good, light and crispy like a crab cake should be. The “PB&J Foie Gras” might be too rich for some. It’s served on brioche (buttered) with strawberry jam and peanuts. Incongruous as it might seem, the PBJ flavors really do work well with foie gras. The seared scallops with mushrooms and pancetta are good, but it’s the curry lobster cream that really makes it pop. All of the apps exemplify the clean, bright flavors and clever combinations that make EDGE such an enjoyable eatery and separate it from its steakhouse brothers.

With beef out of the way in the appetizer course, we got to try 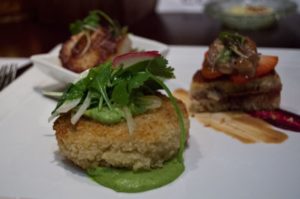 some other options for entrees. The Alamosa striped bass with celery root puree, brussels sprout and walnut hash, and basil butter was flavorful and yet not too heavy. The thyme roasted chicken was also perfectly prepared, though the white bean and duck confit ragout came off a bit too fatty for me. Confident in their cred as steak-masters, I think the chefs at EDGE were trying to show their lighter side. I loved the side of brussels sprouts with pancetta and white balsamic cream, served in a cast iron terrine. The sprouts were just slightly caramelized, with complimentary sweetness from the white balsamic, another excellent combination. 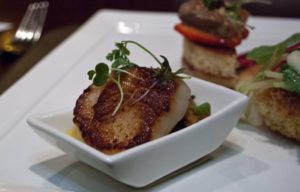 If you have enough room left for dessert, EDGE has a number of creative offerings. The S’Mores Burger & Shake includes a macaron “burger” with marshmallow insides, as well as a small chocolate shake. The macaron (not to be confused with macaroon) was delicious, fluffy and meringue-like in consistency, and paired well with the chocolate shake. I think I would get the cinnamon brioche donuts with mascarpone “affogato.” The donuts were fresh and hot with creamy mascarpone, and would pair well with an after dinner coffee. I like to sit and enjoy a coffee after having a really good meal.

Next time you’re downtown, come to EDGE and try something new! Or get one of their steaks, which are still fantastic… 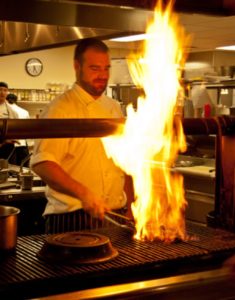