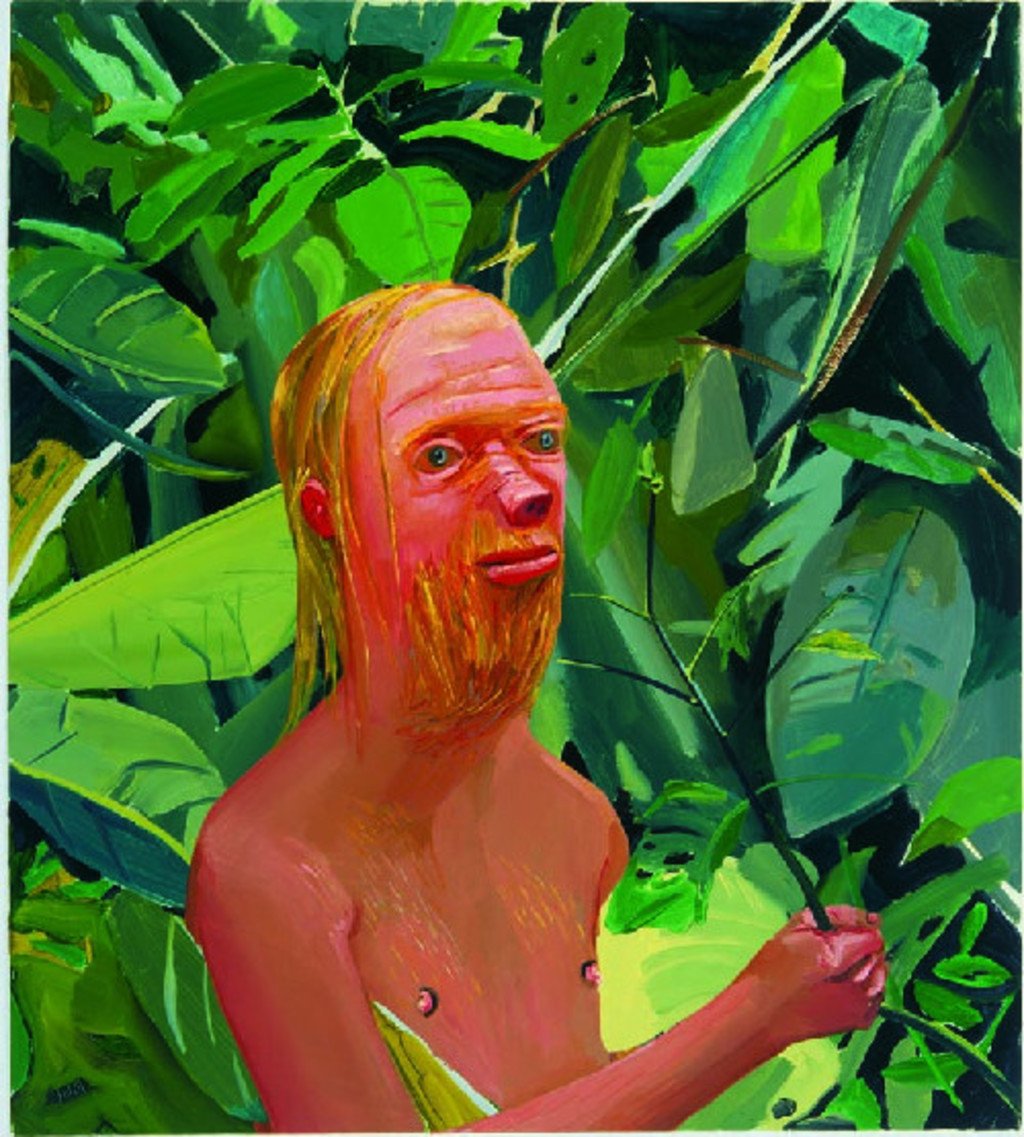 Dana Schutz: If the Face Had Wheels 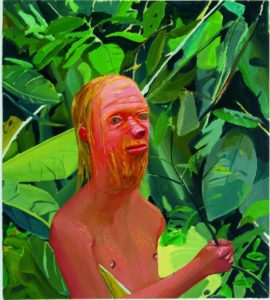 Dana Schutz, Frank as a Proboscis Monkey, 2002. Oil on canvas; 36 x 32 in.
Collection of the artist. © Dana Schutz. Courtesy of the artist and Friedrich
Petzel Gallery, New York.

Combining the absurd with the real, Dana Schutz is perhaps one of the most innovative contemporary artists to emerge in recent decades. With a vibrant color palette and a fantastical sensibility, Schutz’s work contains a level of intensity that is nearly impossible to ignore.

Beginning Nov. 11, Dana Schutz: If the Face Had Wheels will be on display at the Denver Art Museum. Featuring 31 paintings and nine drawings, the exhibition is a 10-year career survey of the artist’s work, including images from her inventive series such as Frank from Observation (2002) and newer works from her Tourettes and Verbs series. 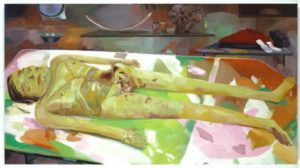 Dana Schutz, The Autopsy of Michael Jackson, 2005. Oil on canvas; 60 x 108 in.
Collection of Vicki and Kent Logan. © Dana Schutz. Courtesy of the artist and
Friedrich Petzel Gallery, New York.

In Frank as a Proboscis Monkey, Frank’s sunburned skin juxtaposed with the cool green foliage that surrounds him serves to intensify his startling appearance. “I think of color as a compositional tool and a physical sensation,” said Schutz. “Certain colors can feel very painful.”

Perhaps more striking than Schutz’s vibrant color palette is her subject matter. From people who can eat themselves (or self-eaters as Schutz calls them) to Frank, the last man on Earth (mentioned above) to icons from popular culture, Schutz presents images that combine imagination with reality.

Take her piece The Autopsy of Michael Jackson for example. Painted before Jackson’s death, the painting depicts the King of Pop’s lifeless body strewn across a table, his internal organs exposed to the viewer. In the upper right corner lies his glove. Below the iconic glove lie a red shirt, black pants and his socks. “Michael Jackson in his own way almost catalogued his own body. His glove would separate his hand from his body and his socks would set off his feet when he was dancing,” said Schutz.

Or there’s How we would talk, an image that depicts a woman on the phone in a payphone booth. “I was thinking of the phrase ‘how we would’ and I like that in a way it proposes a speculative future audience,” said Schutz. “A painting can’t really tell you how to do something but it can sort of show you what it was like.” A sense of mystery emanates from the piece, as the woman’s back is toward us. In addition, the payphone booth itself is given an aged and unused feel, as shown through the dust accumulated around the woman’s fingers as she runs her hands down the glass. “Even before cellphones I felt like payphones sort of had this melancholy to them,” said Schutz.

Paintings aren’t the only thing to look forward to in Dana Schutz: If the Face Had Wheels. A number of the artist’s charcoal drawings from earlier in her career are also on display. With such a wide array of pieces and subject matter, Dana Schutz: If the Face Had Wheels provides a well-rounded view of the artist’s work. The exhibition will be on display at the Denver Art Museum from Nov. 11, 2012 to Jan. 13, 2013. For more information visit denverartmuseum.org.