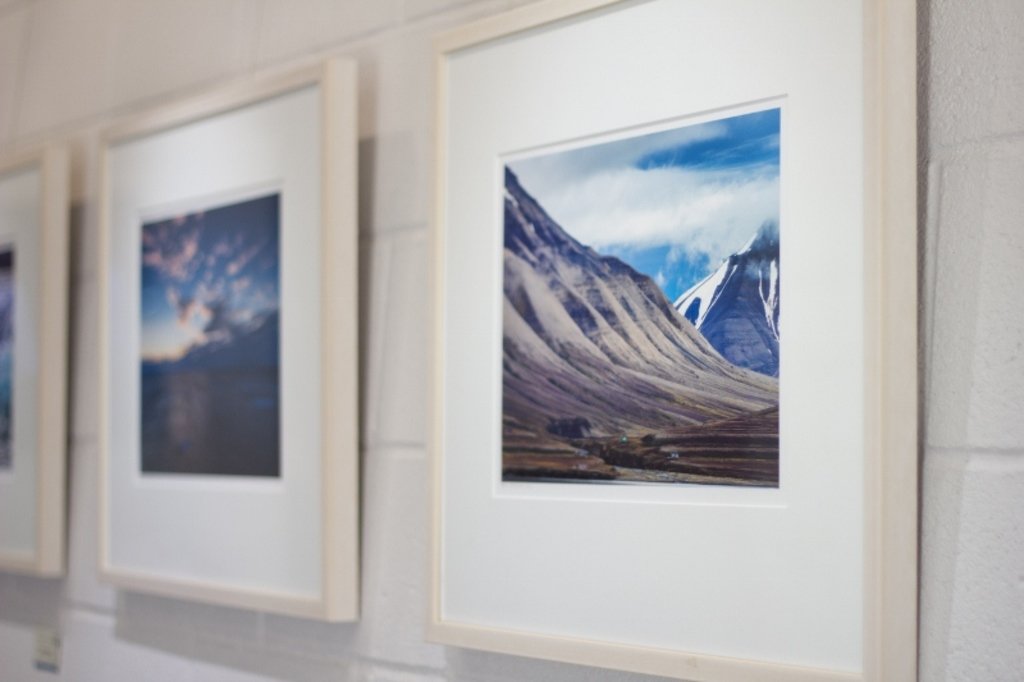 In Focus: Arctic Impressions – it’s always a winter out there

Winter hasn’t begun yet, but Denverites already feel its approach. This year’s snow is nothing compared to the Evan Anderman’s chilly photography exhibit at the Bold Factory in the Santa Fe Art District.

Anderman recently travelled to Norway, Greenland and Iceland and brought home a magnificent collection of photos. The first part, Arctic Impressions: Spitsbergen, takes visitors on a tour to magical Norway, where images of beautiful glaciers and local wildlife abound. A photograph titled “After a Hunt” depicts a polar bear that was lucky enough to find some food. However, the other photograph “Polar Cuddle” shows a pretty disturbing scene of a bear and a cub on the land, a place where they won’t have any access to food. Arctic Impressions: Spitsbergen will be on view through December 29.

Arctic Impressions: Greenland, on view January 4 through February 23, 2013, will focus on the magical fjords and beautiful multi-colored rocks.  Lastly, as a part of a Month of Photography, Anderman will exhibit Arctic Impressions: Icelandstarting March 1 through April 27, 2013. This part will showcase beautiful landscapes of Iceland.

Anderman demonstrates beautiful compositions, restricted color palettes and a mounted understanding of light and reflections. Maybe because of its subject or the prevailing blue palette, the exhibition has a calm atmosphere to it. If not for the hard-hitting subject matter, the photos would actually be quite serene. The artist finds it extremely important and disturbing that this part of the world is rapidly changing as a consequence of global warming and tries to depict this through his work.

This is not the first extreme weather series by the photographer. Previously, he did a series of photographs in Antarctica. Having a degree in Geology, he has been travelling to far North parts of the world. With his photographic works, he questions the relationship between humanity and nature. The negative aspects of this symbiosis are evident in the altered natural state. Anderman’s background in the earth sciences helps him in creating his images and allows him to capture what’s most important in any landscape.

Extraordinary places unfold in Evan Anderman’s small gallery. Visit it to see the far and near places through the eyes of the man who is passionate about landscapes.