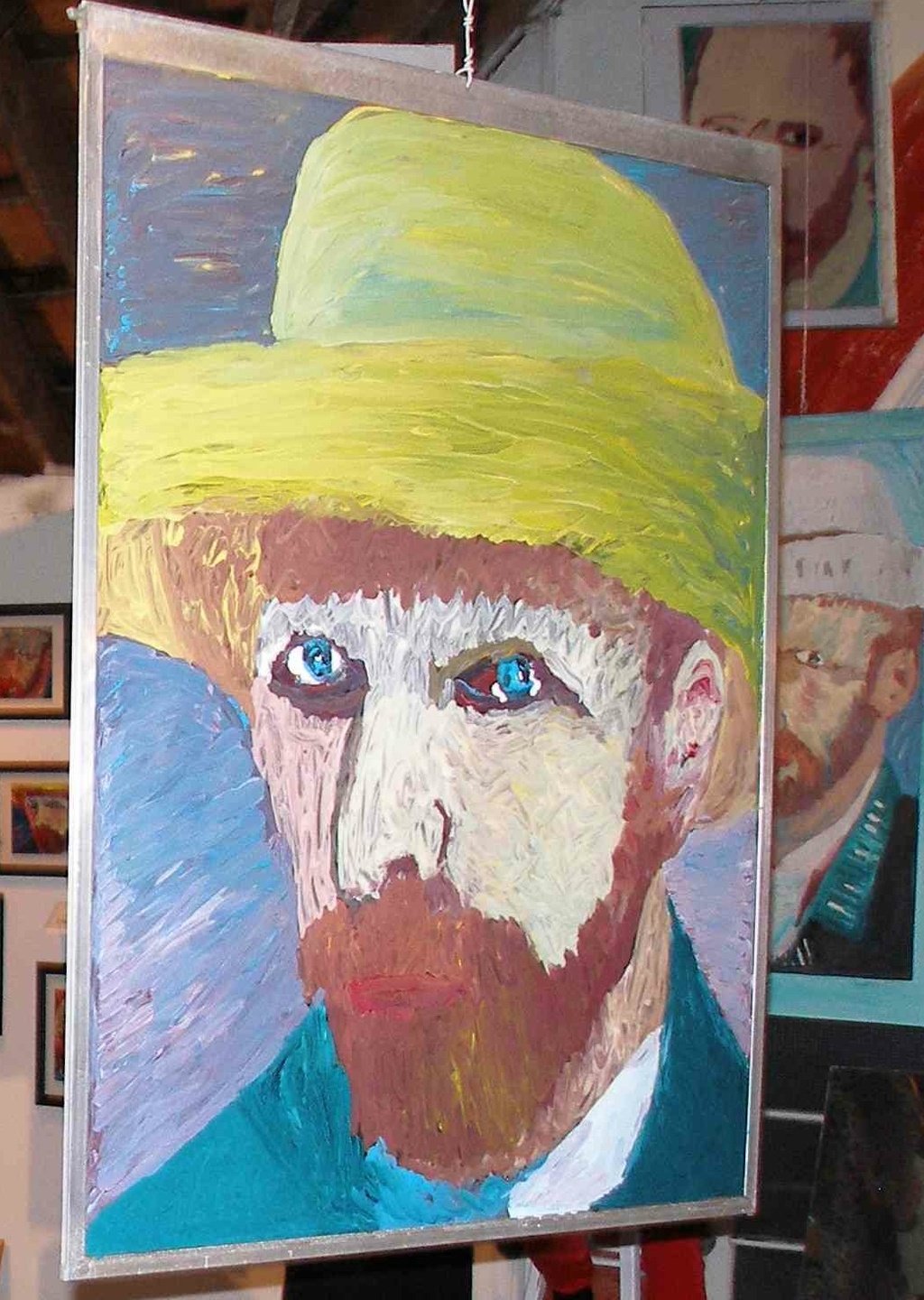 Every artist has a journey, an artistic cross to bear so to speak as they have no choice but to create art. So what happens when a self-proclaimed “conceptual” artist who is content to think and create ideas within his own mind is moved to explore and recreate one of the master’s self- portraits? You end up with a delightful exploration of self-understanding into two different artists: Bob Coates and Vincent van Gogh. 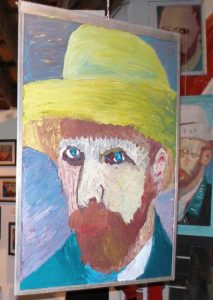 Bob Coates’ idea of reprising, recreating and reinventing all of van Gogh’s self-portraits onto refurbished windowpanes and hang them from his studio rafters was too fascinating for him to not follow through.

“As a conceptual artist, every now and then you have to actually create the art you are thinking about because it takes you someplace else, and you don’t know where it is going to end up.”  Coates explains. His strategy was to spend 100 days recreating about 40 of van Gogh’s self-portraits.  “As an artist in the 21st century everything artistic has been done in effect, so you are constantly recreating and reinventing in the industry of art.”  Coates says.“Which is why I wanted to set my sights on van Gogh.”

And why not? Vincent van Gogh is considered one of the greatest and most recognized painters. Coates began his journey in June and finished mid September. His passion became discipline as Coates continued trying to paint at least two of each of van Gogh’s identified portraits. As a conceptual artist, Coates points out that while the idea may be clear, the actual process of bringing the idea to completion can become difficult.

Coates aimed to explore van Gogh’s self-portraits in order to know him, and to understand his process and style of painting. This led him to paint on glass. In this way, he would find van Gogh through the duality of the glass representing a mirror as the reflection of van Gogh.

“When you paint on glass it becomes a mirror of a mirror or an opposite of the mirror. There is what I call a painted side and an opaque side to the glass. The opaque side, which is the flow-through side, is not a painted side. It is the mirror of the mirror. It is the actual reflective mirror side of the true portrait of van Gogh, as he used a mirror of his reflection to paint his portraits.” Coates is satisfied that he found all that he was searching for through the project; this idea came to fruition. “This has become the most developed installation that I’ve ever done. There is a certain notion that there is the complete work of van Gogh’s self-portraits hanging in my studio.”

Coates’ portraits are set up so that light can pass through the glass and allows the viewer to see an infinite number of paintings.

Coates realized that people think that they know who van Gogh was, which is why Coates comfortably settled for “Know Van Gogh” through self-portraiture as the title of this show. Coates effectively takes the viewer on a journey of light, space and self-expression while also providing education about the little known facts of van Gogh’s life. 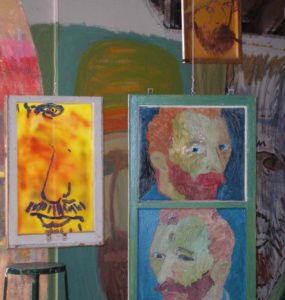