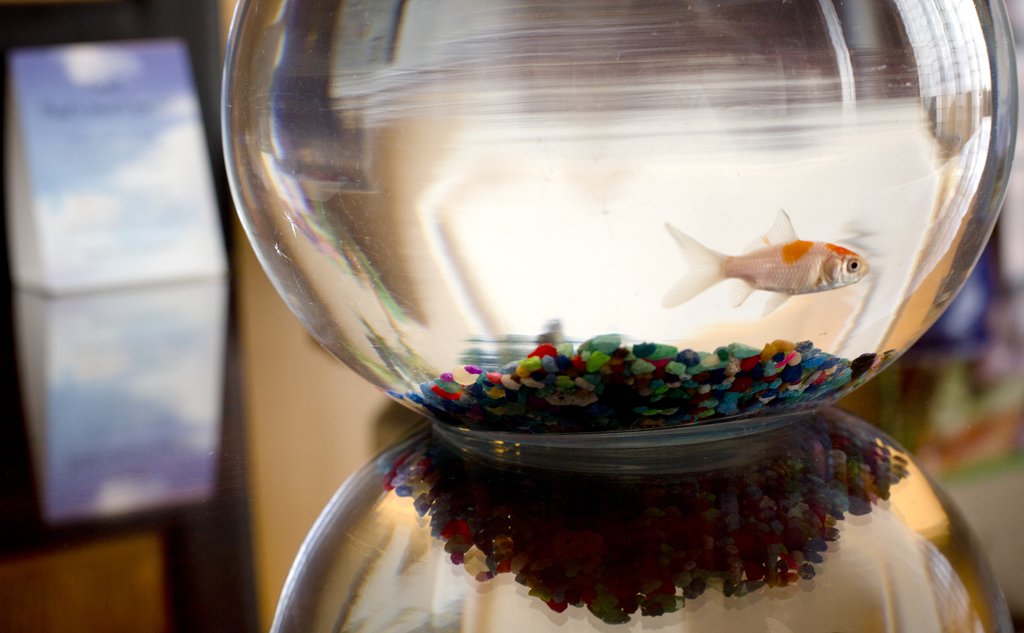 Revitalized spaces attract new faces.  This simple notion is shared among the leaders of Denver’s keen hotel industry.  To generate new business and impress the loyal customer, various boutique hotels downtown continue to renovate – distinguishing themselves from the crowd.  303 Magazine’s Lifestyle team beat the pavement to see who was implementing change the best in terms of: design aesthetic, green incentives, and accommodations – both for us and our pets.  Think personality contest.  Here are the top three finalists: 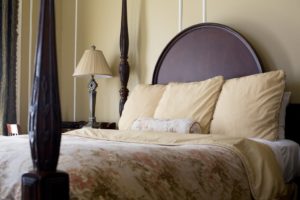 Guest rooms at The Oxford Hotel vary from Old World Traditional to Art Deco themes. One is rumored to be haunted.

The Oxford doesn’t follow trend because it doesn’t have to.  As Denver’s premier hotel built in 1891, its historical significance remains its predominant feature.  Guest rooms are embellished with various French and English antiques procured directly by the owners, dating from the late 1800s to early 1930s.  In-house design professionals tweak aesthetics often, yet subtly, with complementary gestures to the Old World interior.  Steady enhancements turn even the oldest rooms new again, like # 205 with an Art Deco inspired scheme completed just two weeks ago.

Green incentives are plentiful over on the 1600 block of 17th Street.  The Oxford has partnered with Clean the World Foundation, Inc. – a company that gathers bars of soap and bottled amenities from American hotels for redistribution throughout deserving communities.  Additional proactive measures we noticed were the RTD annual transit EcoPasses offered to all employees, recycling bins located in all offices and guest rooms, the use of environmentally friendly cleaning products, and their Rainforest Alliance Certified coffee.

Vintage glamour for guests with swagger. Photo courtesy of The Oxford Hotel.

Ever heard of a Bath Butler?  Well, the Oxford will happily introduce you to a new favorite indulgence.  Ring up room service and they’ll arrange one to come to your room, draw you a hot bath, and present you with a selection of bubble baths and salts.  The bathrooms rival the charm of the suites themselves.  A claw foot tub demands presence along with intricate ceramic tile, much of which echoes the original subway tile throughout the building.  Swank accommodations appeal to a cosmopolitan demographic with the butler service, the spa amenities, the urban fitness club, and the martinis at one deluxe hotel bar: The Cruise Room.

Don’t miss the bang for your bark:  pets can enjoy the Dog Days at the Oxford available upon arrival.  This package includes a Downtown dog-friendly map, a $25 gift card to Dog Savvy Boutique & Spa in Larimer Square, and dog water bottles and food dishes.  The Oxford gives the dog a bone, a yogurt-dipped bone in fact.

The building housing Hotel Teatro lived many lives before setting the stage as Denver’s luxury destination among locals, visitors, and celebrities.  No two rooms are alike, and neither are any two personal accounts, as the staff caters specifically and accurately to each guest.  Bricks were originally laid in 1911 for the home of John Evans, Colorado’s 2nd territorial governor appointed by President and personal acquaintance Abraham Lincoln.  From there it served as the Denver Tramway Building until after World War II, and then as the nucleus of University of Colorado Denver’s campus until the 1980s. 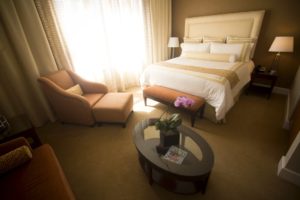 This corner guest room at Hotel Teatro has a list of loyal visitors.  Beds have an outstanding reputation for comfort and the cozy, warm color palette doesn’t hurt either.

Last year, two guest rooms were morphed into one large open conference space with spectacular mountain views.  A conscious effort has been made to maintain not only a vibrant interior, but exterior as well.  The 14th Street project, completed last November, was a $14M upgrade that enhanced the pedestrian experience. Connectivity to attractions such as Larimer Square, the Performing Arts Complex, and the Colorado Convention Center improved significantly.  From one progressive endeavor to the next, Teatro thrives. Sustainability is a major focus, as the Green Team Unit on the Executive Staff continually researches and implements eco-conscious practices within the hotel.

In proximity to the Denver Center for Performing Arts, the hotel was named “Teatro” meaning “theatre” in Italian.  Many photos, posters, costumes, and props are on display to evoke a theatrical theme.  La Dolce Vita prevails with a complimentary daily-guided jogging program and yoga-on-demand services available upon request.  Indulge your pup with the Bone Voyage package, featuring a Hotel Teatro dog tag, doggie treats presented in their own bowls with placemats, doggie toys, free dog-walking services, and a donation to the Denver Dumb Friends League in their name. 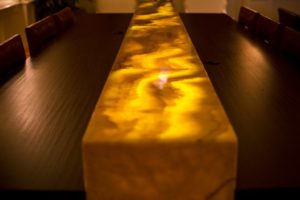 From day to night this onyx communal table remains a favorite lounging spot in the bustling Hotel Monaco Lobby.

Although part of the Kimpton Hotel group, the Denver Monaco feels particularly boutique. Throughout the past two years the hotel has undergone an extensive renovation encompassing guestrooms, meeting rooms, and the hotel lobby.  Interior designer Susan Caruso crafted a truly pleasing western-modern style, with an atmosphere emphasizing both comfort and joie de vivre.  Our favorite lobby feature was an onyx bar-height communal table used as a transitional, productive area. Guests can be seen using their laptops or enjoying the free wine offered every day from 5 to 6pm.  We won’t tell you about the hanging mirror – go, see, surprise yourself.

Besides their decorative relationship with the Colorado west, the folks at the Monaco are all about thinking globally and acting locally.  Whether it’s the C.O. Bigelow bath products in every room, the cleaning supplies concocted by local chemists, or their affiliation with several Denver non-profits, Hotel Monaco prioritizes a neighborhood experience for their guests.  Bike rentals are complimentary during your stay through the hotel’s partnership with The Bike Depot – an organization that helps underprivileged Denver citizens learn to ride, build, and repair their own bikes. 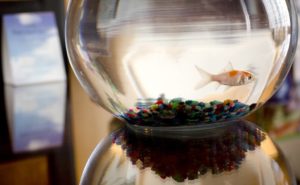 Get creative when naming your temporary pet.

Standard guest rooms resemble suites with their spacious floor plan and 12 foot ceilings.  Textiles range from effervescent aqua to bold orange hues, which are way too much fun to feel overwhelming.  Details like a cow print throw achieve the look of a 5-Star Cowboy-chic without the cliché mountain décor tossed around so many mountain condos (antique snowshoes and log beds make us cringe).  Perhaps the ultimate fixture in Hotel Monaco guest rooms, however, is the extra guest.  The hotel welcomes you to bring your pet from home, but if Fido couldn’t make the flight, a wide-eyed goldfish awaits your tender love and care upon check-in.