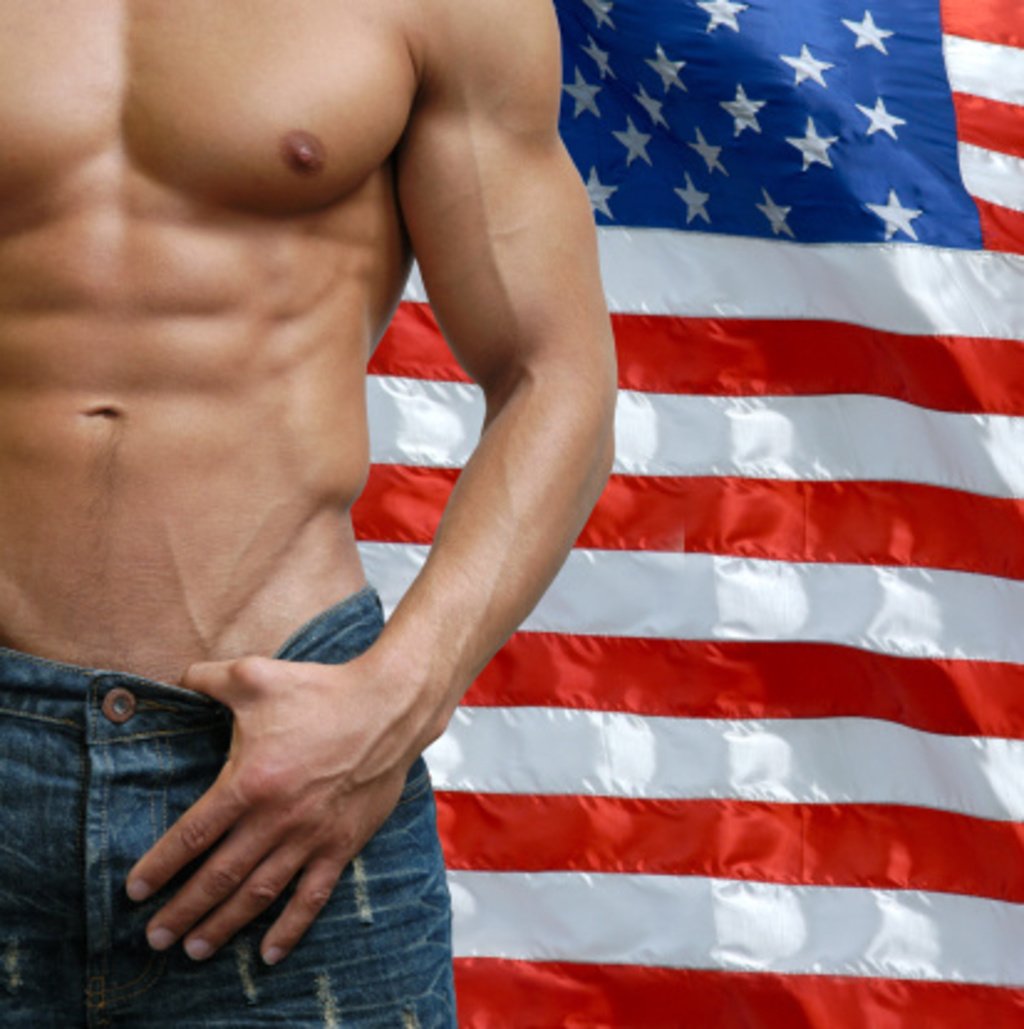 The School of Sweat Hot: Red, White and Not Blue 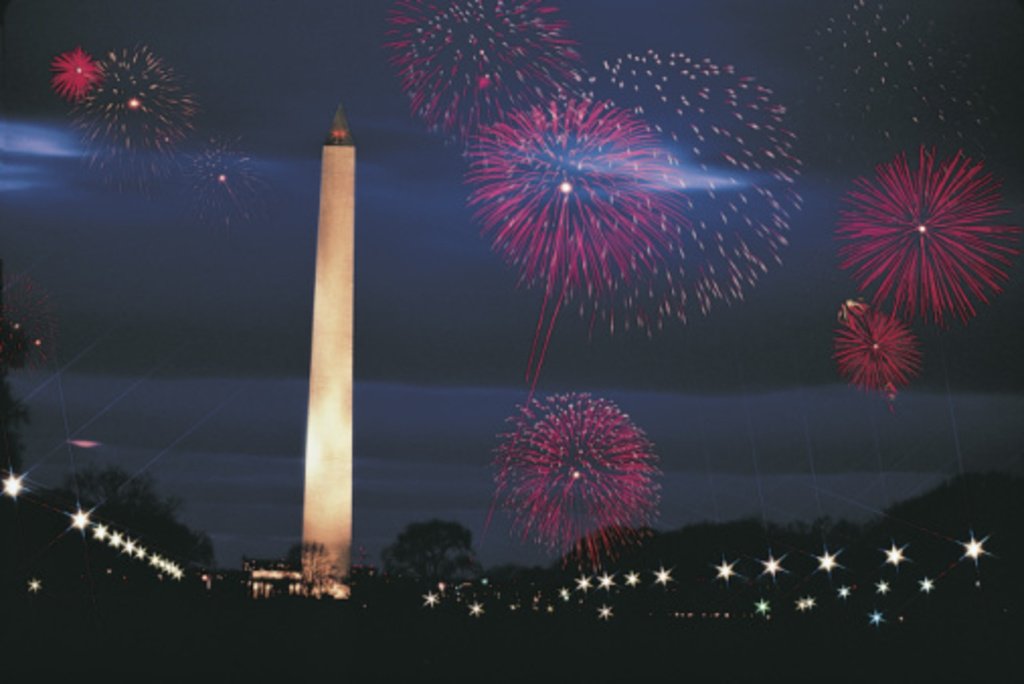 Look, ma. It's our nation's penis!

Four score and seven 4ths ago, I had the distinct pleasure of spending my Independence Day in Washington D.C. My friend Kate and I were visiting another friend, Steph, at the bar where she worked. Kate and I were both decidedly hungover and had no intention of repeating the previous night’s boozing. It was July 3, 2005, after all, and we wanted to save ourselves for the 4th. Steph was a bottle service babe and she was waiting on a group of guys who invited Kate and I to join them. I sat down next to a fine specimen of a man, while Kate sort of got the runt of this litter. I must say I appreciate her willingness to wingman for me, as this was one of my loveliest conquests to date. My interaction with this Washington boy ensued as follows:

Dude: “Where you from?”
Me: “Denver. You?”
Dude: “Arlington. Denver, eeh? Do you like the Broncos?”
Me: “I bleed orange and blue. Duh.”
Dude: “Are you serious? I could kiss you.” And then, he did. Ah, the mating rituals of drunk people. Pretty special stuff here, kids.

Happy birthday to you...

But, before he was ready to fully commit to fireworks, he asked me to recite the first words of the Declaration of Independence. He, being the owner of a nursery in Virginia, believed that the youth of America had taken its founding texts for granted. I, being a drunk and foolish 22-year-old with a look of boredom, repeated the first few words of The Constitution instead, by mistake–like most people do when confronted by this test (and this dude’s overall hotness). He, being a red-blooded male of American heritage, was willing to forgive my arrogant stupidity because I, being a well-endowed collegiate, was interesting in other ways. But, every 4th since then, it’s become my party trick and ode to the hot dude from that one time in D.C. And, unsurprisingly, I am not the only one who has the two texts confused. I highly suggest embarrassing your friends with this today, or using it as the standard by which you judge all potential lovers. It’s a quick and dirty pop quiz that will likely leave everyone involved impotent and flaccid. But, at least you can apart upon your people a little bit of history on America’s birthday.

That’s my neat 4th of July story. I have some other party tricks that I’d like to share with you inspired by all of the advice I’ve been privy to from The BodyLab. They work for most any holiday. And, while they aren’t directly related to important works of governance by our forefathers, they are good rules to live by on days of indulgence.

1. Pick your battles
To me, this just means that, instead of the non-stop eating of whatever random crap ends up on the buffet table of the barbeque(s) you end up at, decide which items are worth it. Think about how long it takes for you to burn 150 calories, let alone 1,500 and that a pound is 3,500. It’s a day for indulging, but that doesn’t mean you have to make yourself feel physically ill or emotionally bad about the choices you make. So, pick what you’re willing to do extra cardio for. Or, what you’re willing to spend time taking off.

2. Eat something before you go
Don’t show up to the event starving. If you do, you’re more likely to eat more bad stuff than you wanted. 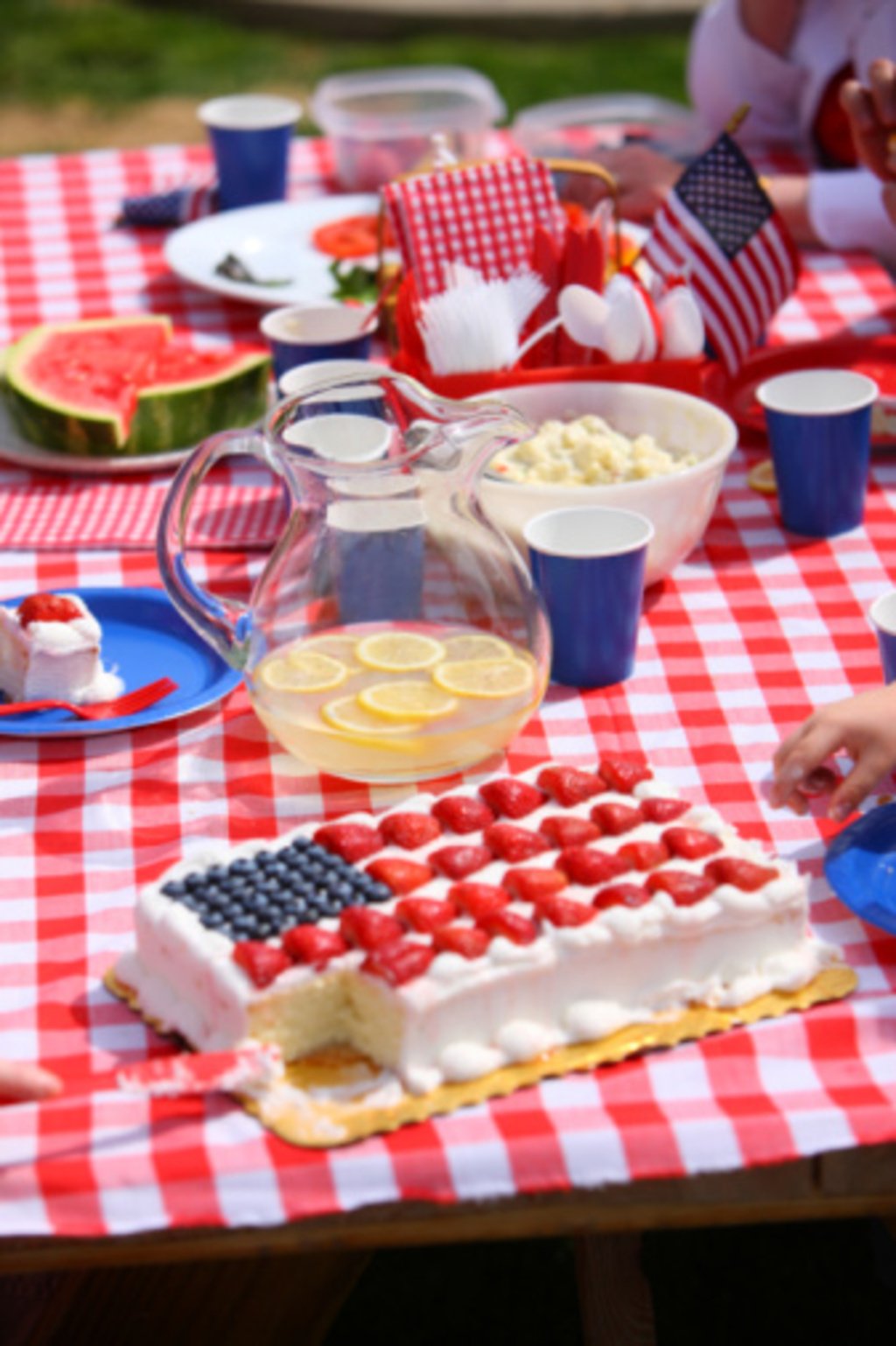 3. Make wise booze choices
El Cuatro de Julio is for drinking beer, sure. But, maybe you just have the beer required for flip cup, beer pong or just a couple in total, and then switch over to something less caloric–like wine or vodka-soda. I mean we do have to work on Thursday, right? If you’re trying to get bombed, make yourself a low-cal cocktail with Truvia-sweetened lemonade, soda water and vodka, for example. Or, I also love tequila, a splash of OJ (or pineapple) and soda water.

4. Get some exercise
Start your day off with extra cardio so that you’re prepared for your extra food. You have to pay the piper, as Matt says. You’ll feel good about your choices knowing that you earned them. I went to Foster the People at Red Rocks yesterday and did an ab and legs and shoulder workout at the Lab. Did I love it? No. But, I love that I did it. And, I’m going on bicycle to my parties.

5. Don’t worry
If it’s one thing that the Lab has taught me, it’s not to labor over everything. Life is full of spontaneity and I love that The Lab embraces that. I might have a week or two here and there where I’m just hitting it hard–cause sometimes that’s life. As long as my sprees are in moderation, I don’t need to fret.