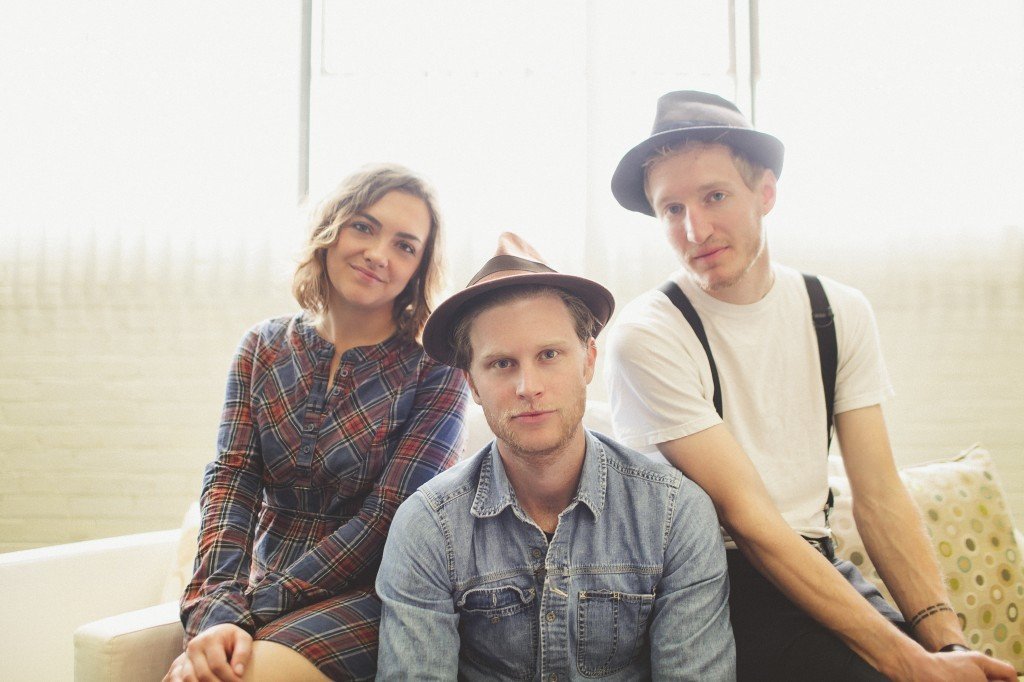 Rumored to reach a level of fame larger than headliner counterpart Cake by the time they hit Red Rocks later this week, The Lumineers could very well become a household name before summer’s end. Getting ranked as VH1’s artist “You Oughta Know” is a well-deserved feat for a band that started out playing at local dive Meadowlark on dollar PBR night. After a mere 14 weeks, their self-titled debut album peaked at #17 on the Billboard 200 and has since climbed the charts to the #1 slot for both Independent and Folk Albums. The rapid-fire popularity of the last few months spawns from the April release of hit single “Ho Hey” currently trending mainstream.

The song itself is a testament to the band’s signature sound. Heartfelt lyrics partnered with a sullen guitar that crescendos into the kind of heart thumping, tambourine shaking, anthem we have all been waiting for. Back in June, the “Ho Hey” chant first echoed throughout our homes via TV and Internet in Bing’s Discover Hawaii ad campaign instantly propelling the band’s status. Somewhere on the road in the band van, Lumineers frontman Wesley Schultz was first to catch wind of the news in a text stating the song had been green lighted for the campaign.

The “Ho Hey” single makes for pure marketing genius, with lyrics that perfectly fold into the commercial’s plot as its lone character finds himself literally diving into life. The tangible anguish and rush of optimism fans carry with them after hearing “Ho Hey” is no coincidence. Schultz elaborates on the creative place in which the song originated, “It was written when I spent some time living in Brooklyn. It came from a place of isolation; feeling loneliness and hope at the same time…as a songwriter, my goal is write songs and lyrics that stands on their own, without relying on lengthy back stories and explanations. I admire those who are able to do so, and I hope to be counted among them when the dust settles”

With all of the hype, many wonder how these artists are handling life on the road and their sudden rise to fame. Shultz opens up, “Handling life on the road pretty well, considering. We are all realizing that touring is fast becoming our life, where we spend most of our time. We have spent a good amount of time working on knowing how to be a band on the road…the people directly involved are good people.  I like the dynamic we have.” As all great bands do, The Lumineers have some well-played pranks up their sleeve too. “We tricked a tour manager into driving for a little over a half hour before letting him know he had left a band member behind at the rest stop. It served two purposes, one to freak out our new tour manager and two, to teach our slower band members to get some spring in their step.”

Often compared to that of Mumford & Sons and Bon Iver, the band seems to have hit the market with impeccable timing as an earthy, raw, rustic roots movement is in full swing. Schultz shared with me his thoughts on this album. “A lot of those songs were worked on, reworked and road tested.  We ended up being able to record, mix, and master the album on our own terms, which is rare for any band’s first full length record. Usually there are compromises made, and the end result is a record made with a lot of fingerprints on it. With respect to this record, it’s ours, and we’re proud of that.  Hopefully the record as a whole resonates with people, but that’s out of our control.” And resonate it does, with weekly gains on the airwaves and tons of online buzz, The Lumineers have struck a chord with a wholesome yet distinctive Americana vibe that kicks the tail out of traditional folk rock.

Authenticity makes the Lumineer sound addictive. This undoubtedly comes from their uncanny ability to pull from life’s experiences and translate them into an impactful melody. The band’s history itself is riddled with insurmountable obstacles we all love to see conquered. From tragedy and rejection lurks a ‘rise of the underdog’ story unfolding right before our eyes. Facing major financial challenges and rebuff in their hometown of New York, lead vocalist Wesley Schultz and band mate Jeremiah Fraites – suspenders in tow, traded in the bitter taste of the Big Apple for the Rocky Mountains and struck gold. Their misfortune took a turn when the first reply from a chance craigslist ad put them in touch with trained Cellist and Denver Native, Neyla Pekarek. Thus, the Lumineer magic was born. The trio blended and perfected their combined talents in the comfort of Denver’s music scene. With the release of an eponymous self-recorded EP in 2011 prompting their first full blown tour, they have been captivating audiences and garnering a strong cult following ever since. For a band that has endured the same bumpy road of those that came before, The Lumineers can finally shine bright amongst the stars, with a solidified spot in American Folk-Rock.