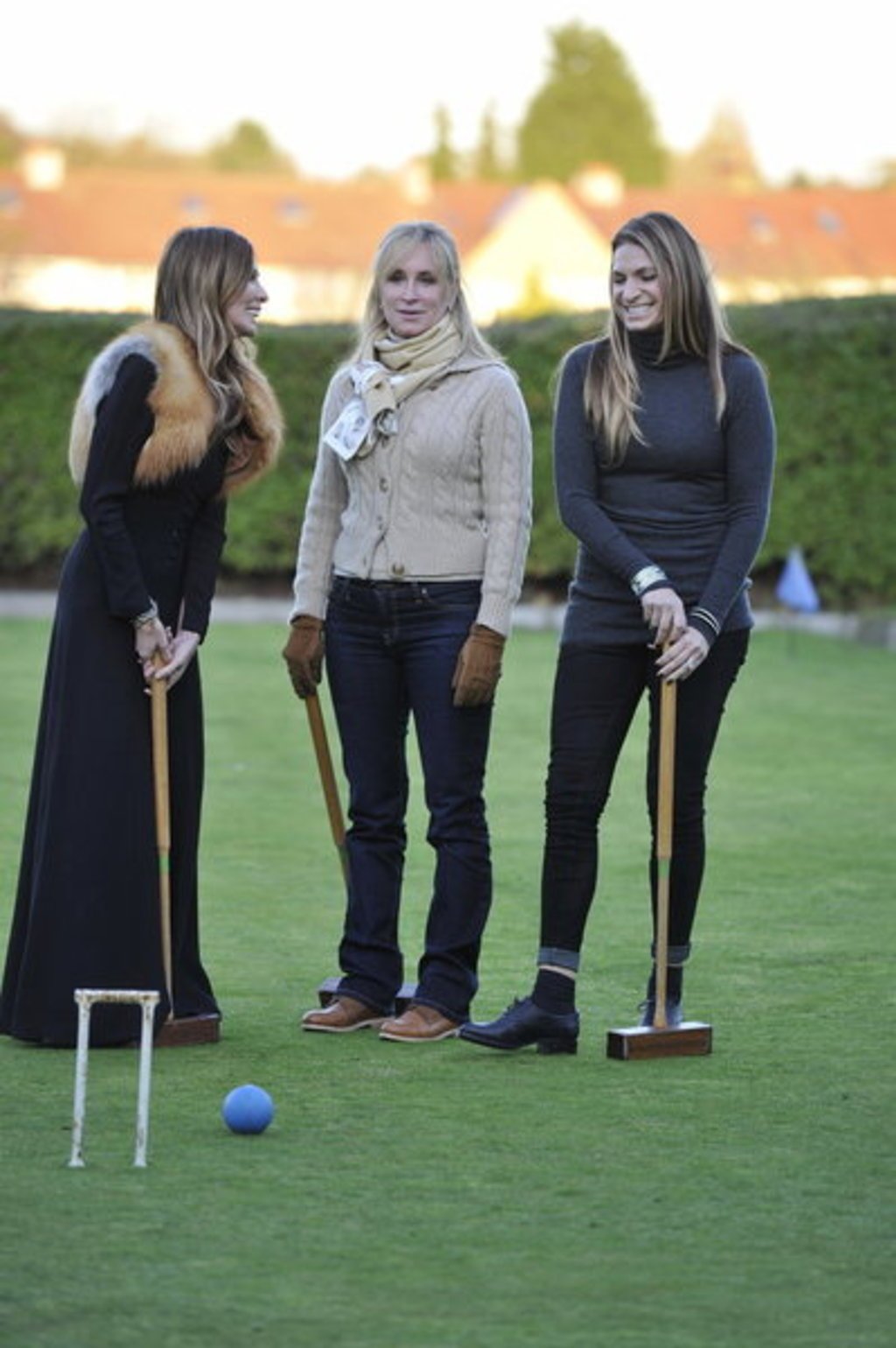 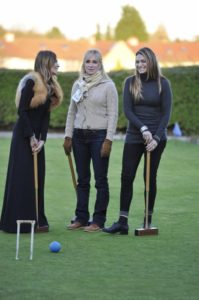 It seems like every woman has a quirky beauty secret that they hold close to their heart. I am no exception. Following the wisdom of my late grandmother, I use baby shampoo as makeup remover (it really works!) Now that may be bizarre enough, but when the opening scene of this week’s episode involves Sonja icing her face in a bidet (yes, a bidet, virtually a toilet), you know things are going to be interesting.

Toilet talk aside, Sonja takes the ladies on a croquet outing (or croakie, as the Brits call it). I have to pause here and comment on Carole’s choice of attire. I’m not sure if it was jet lag or what, but wearing a floor length black gown outfitted with a fur shrug to play croquet seems to be a bit inappropriate (even for a princess). Tensions begin to rise on the field when LuAnn lets her competitive freak flag fly. Chanting “yes, yes!” nearly every time she hits the ball, you would think that the Countess was in the bedroom, not playing a game of croquet ( it also reminded me of last week’s ping-pong table sex confession. Cringe.)  Thankfully, Carole puts LuAnn in her place and wins the game. Maybe I should wear a ball gown the next time I participate in a sporting event.

Tensions reach their boiling point between Carole and LuAnn at dinner. When the ladies begin discussing Carole’s new book venture, LuAnn chimes in with her writing “experience.” Stop right there. Just because you have written a book does not make you the “expert” you consider yourself to be (particularly when you think that fiction and non-fiction are one and the same). Carole, on the other hand, has devoted her life to the profession. Here’s a tip for the Countess (and I mean this in the most constructive way): Shut up. Listen to what others have to say as opposed to plotting what you’ll say next. No one likes a one-upper. I promise you will survive if someone else has the last word beside yourself. You might even learn something.

As the ladies make their way back to the states, they bring the drama from London back with them. But instead of Carole and LuAnn getting catty, it’s Heather and Ramona who got at it. At Aviva and Reid’s fifth anniversary party, Ramona calls Heather a liar and a fake. Now, I’m glad that Ramona had the gall to say those things about Heather to her face, but when Heather tries to defend herself, Ramona walks away. Childish. Fortunately, Heather refuses to let Ramona have the last laugh and in a game of cat and mouse follows Ramona around the party. And it is hilarious. No matter how many times Ramona walks away, Heather is quick to follow suit. But hey, if you can’t take it, don’t dish it (I’m talking to you, Ramona). I only wish that the cat (Heather) would finally catch the mouse (Ramona). Maybe next week’s episode?