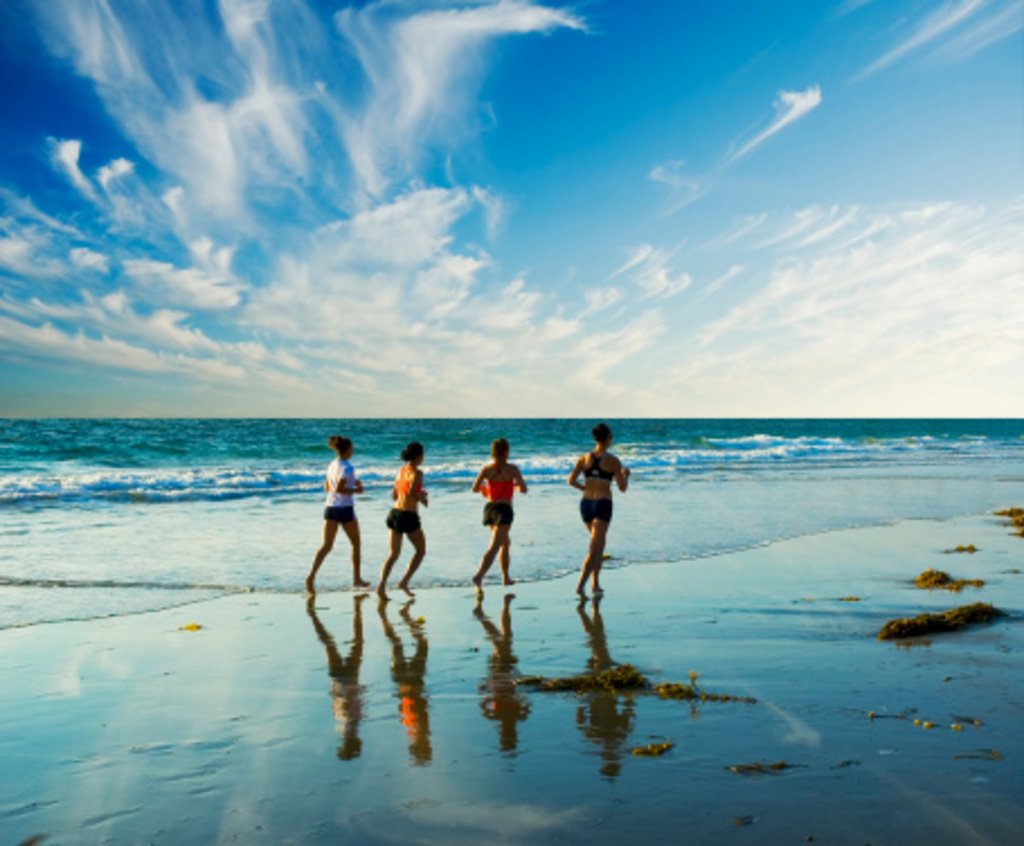 I’m going to make this brief, because, ladies and gents, I’m on vacation. But, that’s what I want to talk about…and I think it’s important that in the middle of this idle time I’ve taken that I pause on the pillars of my existence. I’m talking eating decently, drinking wisely and working out often.

I’ve been gone for a week and I’ve worked out five of them so far. That may seem surprising, but for me, I just feel better. People always say they’re going to workout on vacation, but usually don’t make it past day one, if it all. But, I’m living proof that there’s really no reason not to get it done–especially because The BodyLab gives you fool-proof travel protocol. Plus, not working out for weeks and then getting back into it cold turkey is way more painful than finding some spare time to move that ass. And, I find that I’m a lot cooler to be around if I give myself a little love before I slap on the bathing suit or launch into a day that almost certainly guarantees no alone time. Let me break down my challenges so far and what I did to overcome them. Feel free to share your travel workout tips, too. The more motivation the better.

Day 1 – Wednesday – Flight leaves at 10:45 AM
Because I was going for 2.5 hour flight, I figured I could sacrifice some sleep on the front end and attempt to slumber on the plane. So, I got my ass out of bed at 6 am and ran around Wash Park. I know that sounds like a lot of effort, but let me defend this choice. You never know what food choices will be available and what mayhem will greet you when you are meeting up with a bunch of fools for their wedding. So, I think I speak for everyone at The Lab when I say do as much as you can before you arrive. Also, I packed ten protein bars in case that was my best option. It was.

Day 2 – Thursday – Day of Rehearsal Dinner
Since we kept it fairly mellow the day before, I got up at 8 am, even convinced someone else to join me and I attempted The BodyLab’s insufficient gym workout and realized when I arrived to the gym that it wasn’t even set for that. So, I switched to the room-only workout, but I was in public. My buddy sort of did his own thing. I think what I was doing seemed unappealing to him, but eventually, he was checking in and out of what I was up to. I was jumping, doing push-ups off of random bits of equipment and thoroughly scaring a couple of French women who were slowly walking on the treadmills in their dresses (What? And the treadmills had arm deals. What?). I mean, it’s actually sort of fun to go into a mellow gym and then rip it up, sweating profusely, grunting and panting within in inch of my life. Drama. My friend went for a pool cool off and I set out to jog. However, in Ohio where we were staying, there was no place to trot that wasn’t a highway (something quite foreign for Denver peeps, I think). So, I found a patch of grass and did two Tabatas, which was sort of pathetic. But, I was losing steam.

Day 3 – Friday – Wedding Day
We drank quite a bit at the rehearsal but we wanted to look hot. So, my roomies and I (both of them male) hit that patch of grass and did seven Tabatas. I mentioned this before. Basically, since the workout room at this hotel was whack and running on pavement/highway is ill-advised, this patch of grass was heaven-sent. Tabatas are basically twenty seconds on, ten seconds off and you rinse and repeat for a total of eight times or four minutes. The action is any sort of plyometric–push-ups, squats, jumping jacks, high knees, burpees, four square, fake jump rope, real jump rope, running in place, running on a treadmill, #whatevermakesyousweaty. I highly recommend writing down your plan of action prior to starting, otherwise you wont sufficiently kick your own ass. FYI: Plenty of free Tabata timer apps exist for all kinds of phones and pods and schtuff and things. Tales of this legendary workout started to circulate around the wedding crew and I think there are some unsuspecting fools who now consider me a fitness guru. Really, I’m just a good listener who tries real hard.

Day 4 – Saturday – Day After Wedding
Read: Couldn’t walk because our calves were so sore from previous day of Tabatas. Read: Hungover from booze. Read: Executive workout. What you do is: stand in the hot tub so that the jets massage your highly agitated calves. Then sit in it. Swim in the pool. Sweat in the sauna. Repeat any of these tasks as necessary/wanted. 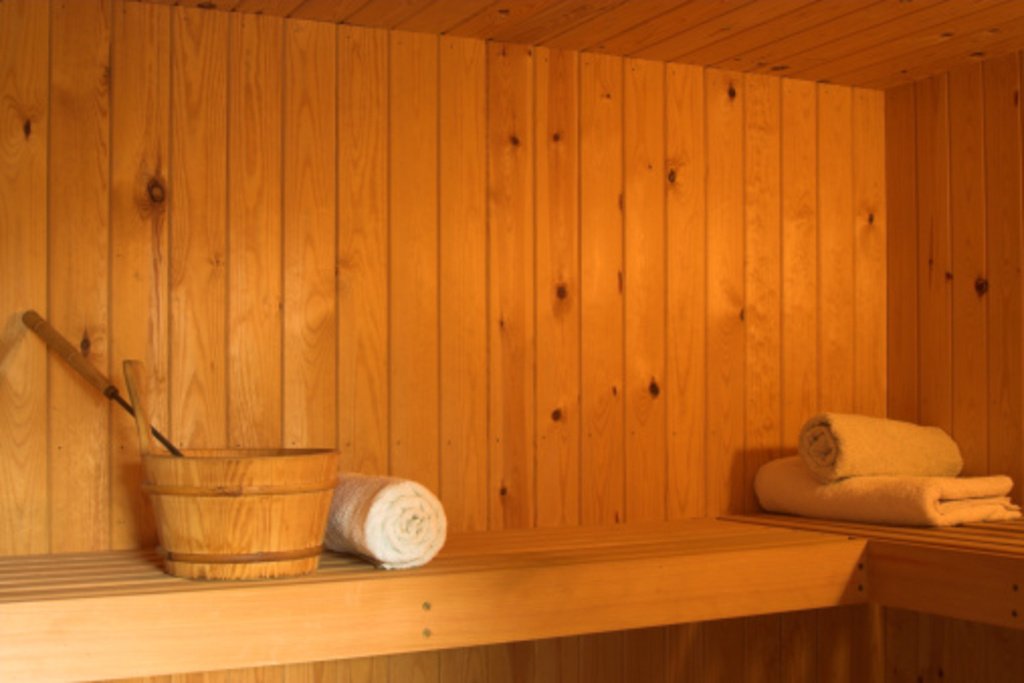 This is NOT a workout.

Day 5 – Sunday – Travel to Florida Day
Woke up late with a horrid sore throat. Did sake bombs when I arrived in Florida. Felt anxious about the idea of not working out two days in a row. Ate ice cream. Doh!

Day 6 – Monday – Hello, Tropical Storm Beryl
Instead of running on the beach, I ran in the beginnings of tropical storm Beryl. It was totally fine and I was like super-lungtastic because of the low altitude. Four mile run on back country Florida roads makes a girl feel like a woman. A woman in a Nike commercial. Especially when she is wearing a cut-off tee with a panther face on the front. P.S. Later, I killed at Star Warz Monopoly. Like k-i-l-l-e-d. For those of you who don’t see the value in buying up all the utilities and railroads, read’em and weap.

Day 7 – Tuesday – Beryl is a Bi*tch
So, like any true ego maniac, I like to run at sea level and then brag about how far I can go. Duh. But, when Beryl rains, she pours. Long story short: seven Tabatas, two two-minute planks and one hundred crunches. Six bread sticks. Can’t win’em all, folks.

I haven’t been to the Lab since last post, so you’ll have to wait until next week for some awesome quotes. But, I would really appreciate all of you readers praying that I fit in my pants when I return. And, I think we can all agree I will for sure be exercising in the Bahamas–my next and final destination. Barefoot beach runs are in my future.

Laura Standley has been the editor in chief of 303 Magazine since 2007. She has been blogging about fitness since January 2011. To read her past blog posts, click here.