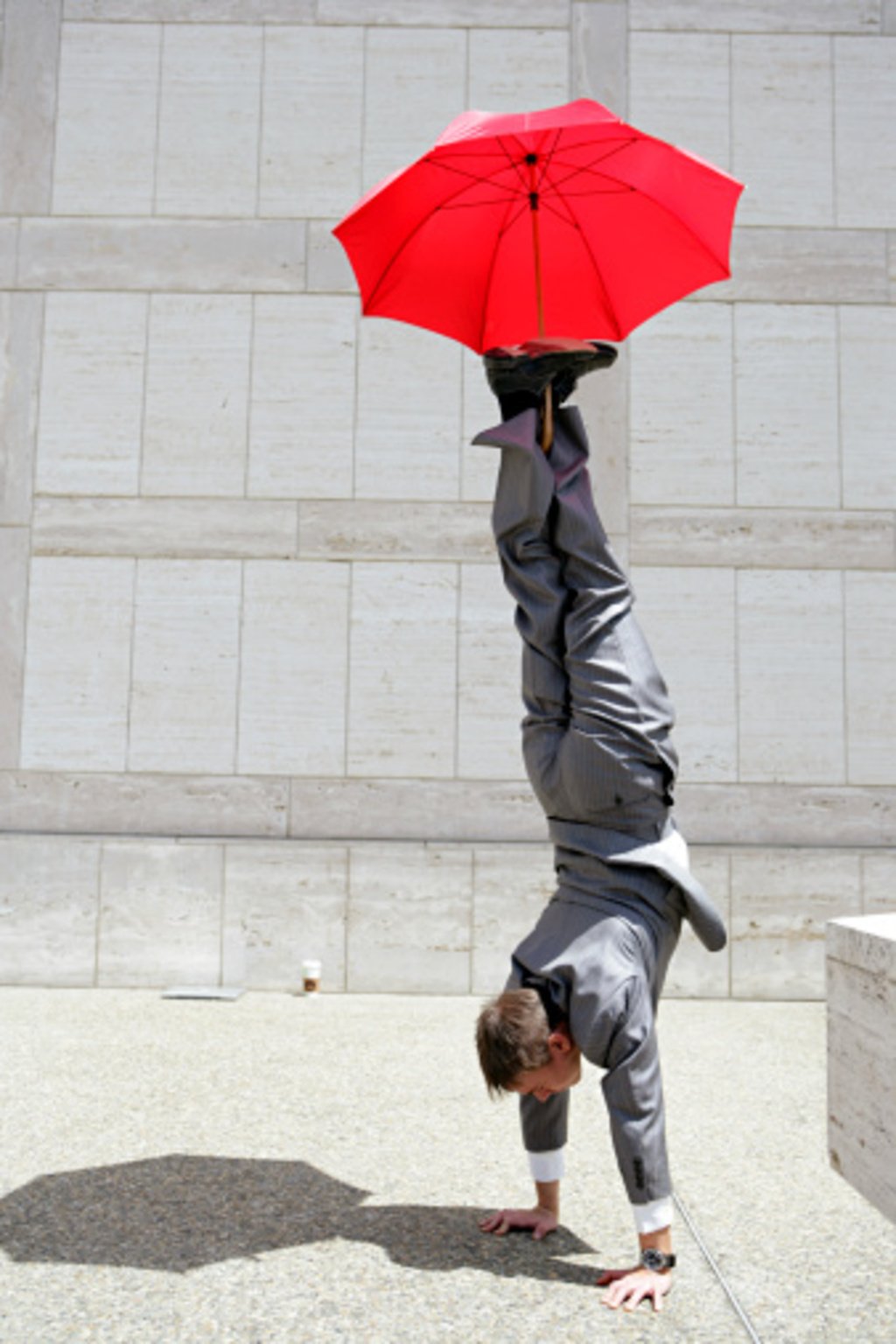 This has got to be a first, right?

I’m a true believer that the “firsts” in life are what invigorate us as humans. You can almost feel yourself shedding your skin and stepping out as this new person, whatever first experience you just had happens to be. I’m a person who has tried Rocky Mountain oysters. Or, I cooked my first turkey. I had my first spray tan, first new car, first house, first speeding ticket, first love. You’re no longer a person who has no idea what it feels like to lose a friend, jump off a cliff, hike a fourteen-er and you’re now a person with an increased capacity. Even if it’s just trying ketchup for the first time or successfully sewing on a button, someone somewhere hasn’t done it…and now, you have.

Yoga has always been a series of firsts for me. Every single time I show up on my mat, I can point to something new that happened. And, it sort of seems like it’s that way for even the most experienced of yogis. Some sub-genre, some posture, some length of time to hold a posture, some new place. Deepening the entire practice, it seems, is the goal. Which makes it a forever sort of thing. A practice. Yogis seem ripe to notice and appreciate such things. I mean, the cliched version  is a hippie who smiles with his/her toes, wears far too little clothing and has a desire to affirm and validate everything. But, the reality isn’t so far off–except doctors, lawyers, baristas, the unemployed, bankers, entrepreneurs and fast food employees are in tow, as well as the under-clothed hippie folk.

Prior to a lovely Saturday afternoon class at Kindness in which all of my favorite yogsters were present, we were asked to share with someone what our favorite thing about yoga was. I tend to feel this type of exercise is a waste of time. It’s so contrived. I’d be more apt to share my thoughts if we just happened upon the subject, but “Grab a stranger and talk about your love of the one thing I know you have in common,” makes me feel pretty embarrassed and anxious for the start of class. At the time, I categorized it as a time-suck, but look at me now–I am able to find value you in it. So, there’s another first. The woman I spoke to said yoga is her favorite thing to do, as in active, as in a verb, as something empowering to her. I said it was the best way for me to turn off, as in quiet, as in soften, as in patience. And, this is why so many people love yoga. It caters to whoever you are, wherever you happen to be, whatever your particular set of dynamic qualities requires.

It’s also true in its physical embodiment. So, I’ve only held CROW a few times. If you’re into yoga like a maniac, you know this means that I’m either not very strong yet or I haven’t practiced much. Fashion, travel and yoga all have one thing in common–the more you know about any of them, the more you realize you don’t know much at all, and, thus, begin to feel like you know far less than you actually do. Did you follow that? The point about CROW is that I don’t have a lot of experience with inversions in general, but I have been upside down and a supported HANDSTAND is something I’ve done. When the opportunity first presented itself, I hesitated only a little. I mean, I’ve done a handstand before. So, why not do HANDSTAND with this lady’s help? Sure.

So many people are scared to try inversions, in general–automatically assuming that they can’t. But, where was that hesitation with 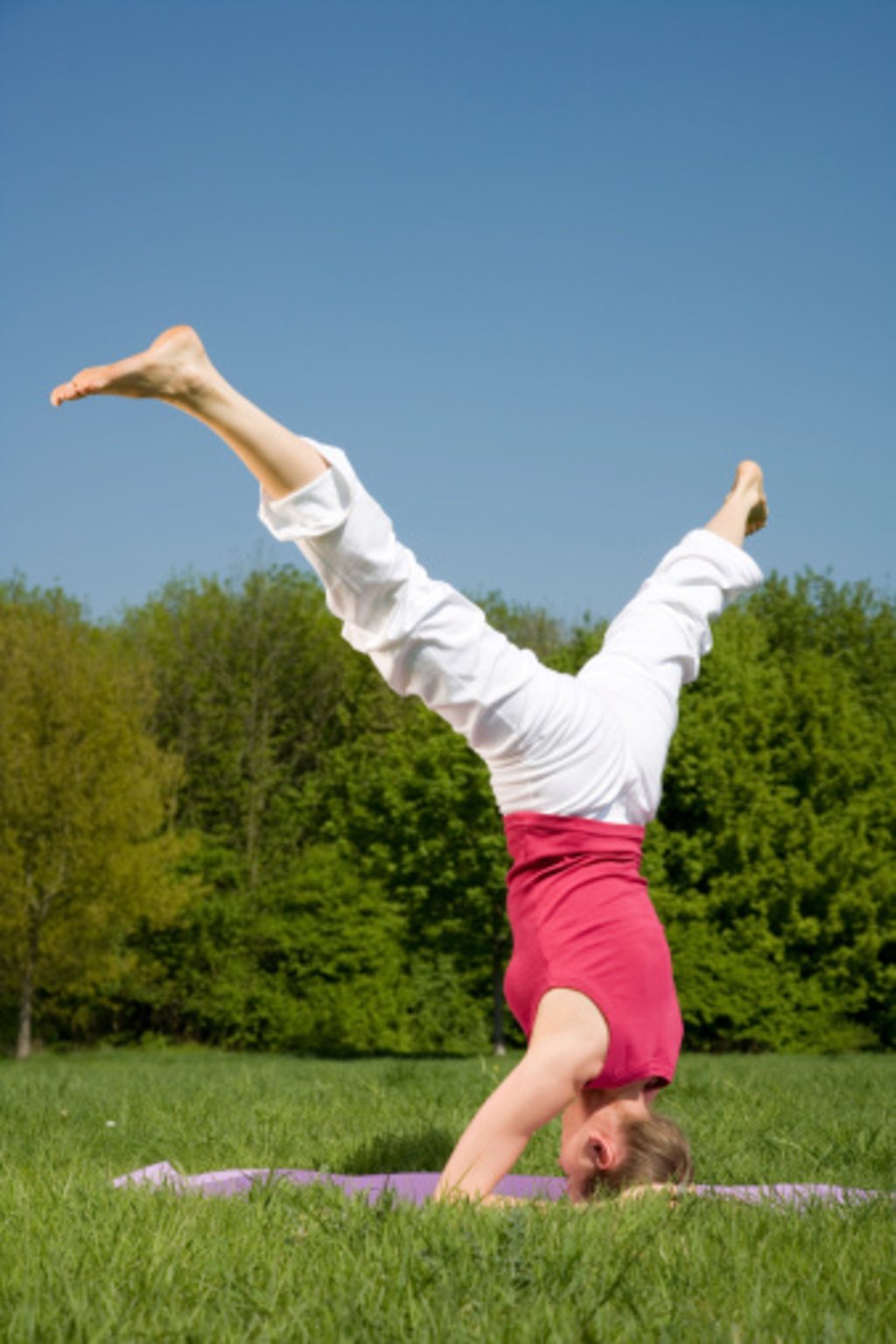 TREE or BRIDGE? They are afraid they will get hurt. They are afraid they will feel foolish. Mostly though, I think they are afraid they will fail. In my experience, this is the single biggest reason people do not try something new: fear of failure. But, this makes absolutely no sense if you agree with everything else I spoke of leading up to this. Yoga is a series of new things. The very idea that someone could try yoga, but not all of it, is counter-intuitive to me because it’s all new. But more than just this small space that occupies my time–yoga–life is just that. Just new. And, I’m not saying that we should sign off on any passing whim or that every opportunity is the right one to take, but isn’t it the trying, the yearning, the wanting, the aspiring–isn’t it when you’re living in those moments that you find yourself growing? I feel like if one place exists where we can feel quite safe to take a chance, it should be on the mat.

And, just because I go for inversions without a second thought doesn’t mean I don’t have my own hesitations or missed opportunities in the studio. It’s in those places of positive comparison where I think you find yourself appreciating yourself for your strengths and realizing the places where you wish you had more integrity. This, I believe, is the very thing that leads to a first.