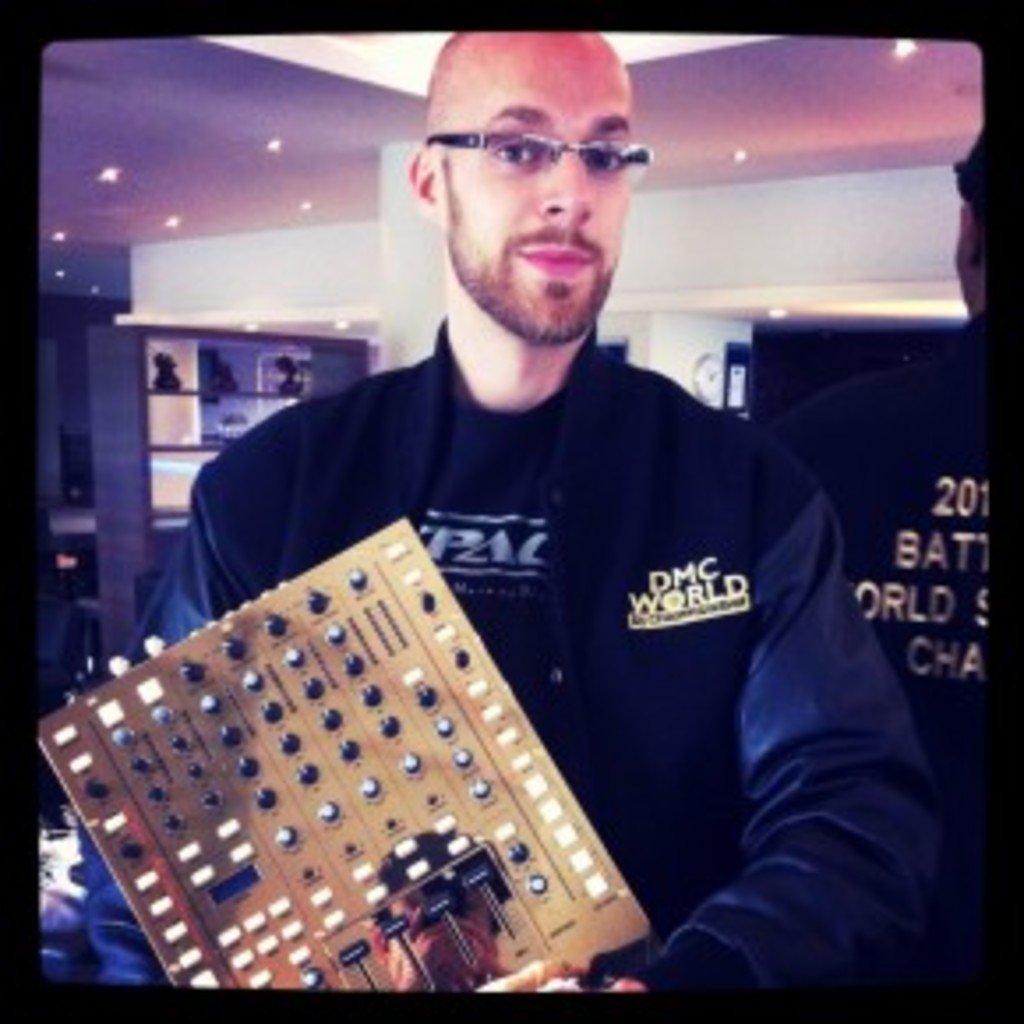 A month or two ago, I was grubbing Sunday brunch at Table 6. I like to call it “TurnTable” 6 Brunch, because Denver DJ Ginger Perry spins an eclectic selection of music every week. Perry rarely does it alone, though. Guest DJs including Mle, Bobby Collins and others are often happy to join her and enjoy the food and drink tab they get compensated with. Vajra was the guest DJ on that particular Sunday. The place was busy, for sure, but few outside the cool kids table probably had any idea who Vajra was. Turns out he had recently been named U.S. DMC Champion, or America’s best turntablist. Yesterday, Vajra became the proud owner of a gold-plated mixer when he won the world championship in London. Below is the beat juggling routine that netted him the national prize.

And interviewed by X-Ecutioners’ Rob Swift: