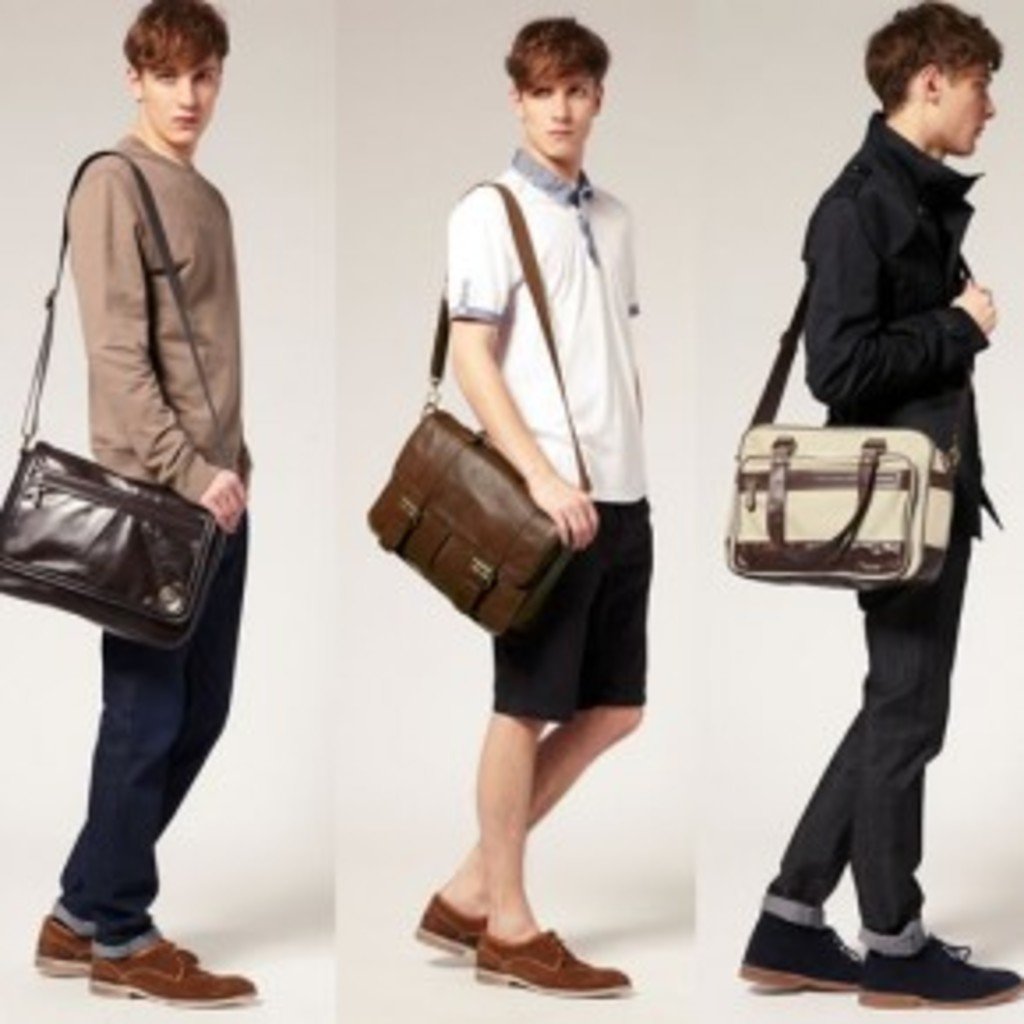 Most women love their bags (or purses, whatever you like to call them). And most women carry one around with them every day—I know I do.

And since we’re talking about purses, we might as well talk about what’s inside of them. All I have in mine is a compact, lip gloss, a small brush,

sunglasses, a pen, a small note pad and my cell phone and wallet of course—maybe gum if I have it. This may sound like a lot, but trust me, this is nothing compared to other women  I know.

I have seen some bags that resemble luggage, (not the exterior, but the interior). I remember one time in college, this girl was digging around her purse for a pen and pulled out a pair of underwear—I laughed and said, “Right on.” (I could see she was embarrassed, and I felt bad for her.) And she replied, “Well, you never know.” I didn’t ask her what she was implying and just laughed it off—how couldn’t I? It was funny.

Anyways, I know there are plenty of women out there who practically have their entire lives in their purse. I know someone who carries around stamps, envelopes, a few pens, all of her make-up, Tabasco, a brush, candy, crackers, you name it—all in one bag—one very large bag. I even asked her once why she thought she had to carry so much around, and she said, “Well, you 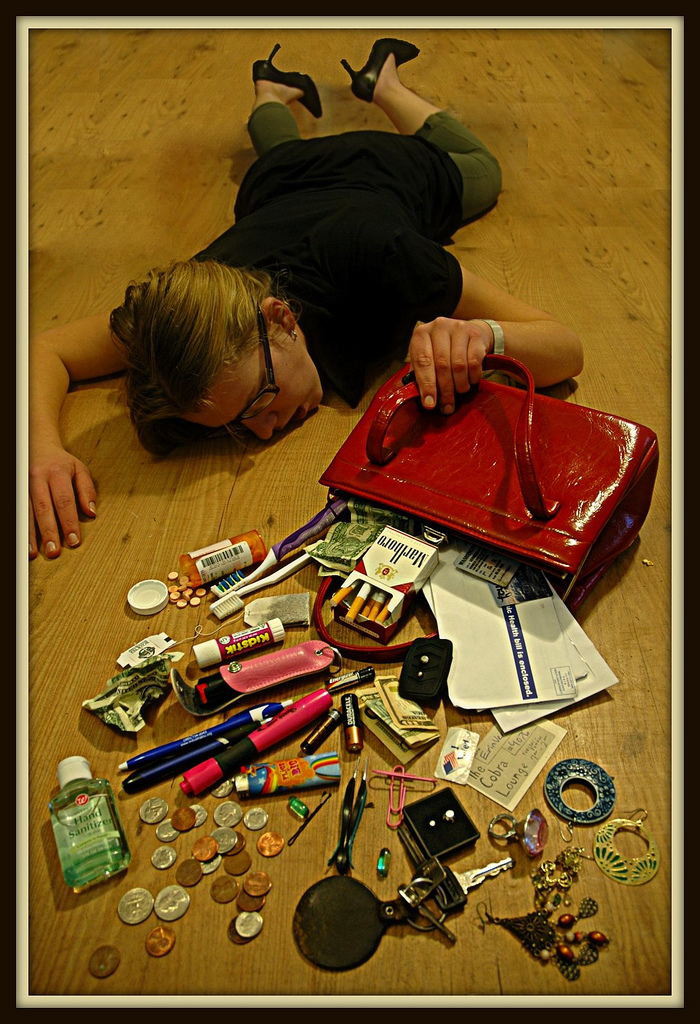 never know,” (I’ve heard this before), and I guess that makes sense.

I wonder if men think like this. Most men I’ve seen (like at the store or something) have their wallet in their back pocket, and that’s all. To me it seems like most men feel they don’t need to carry a small buffet or pharmacy with them wherever they go. And I get that “it’s better to be safe than sorry,” but I couldn’t do this.

However, men aren’t completely off the hook. I’ve seen guys sporting “man bags” more than once—and this wasn’t on a college campus either. Believe it or not, some major designers like Louis Vuitton and Burberry make these bags, (otherwise known as a murses or a satchels), ranging from $200 to $1200.

Now, I’m curious, what does a man put in their bag? I know what most women keep in theirs…but what do men have? I don’t personally know anyone who owns or uses a man bag, but I guess it’s safe to assume that it can be used to carry his iPad, right? Hmmm…now let me brainstorm a little bit more…okay…a man could keep his supplies with him if he is an artist or writer, or he might keep his gloves or umbrella in there? Maybe he doesn’t like to have a bulky wallet, or a cell phone and keys weighing him down, (especially if he’s wearing skinny jeans). Maybe a guy wears a man bag just because it’s more comfortable, plain and simple. I don’t know, but all of these seem feasible to me.

Some people only know what a man bag is because of the movie “The
Hangover,” (although it was called a satchel). Even so, they still
wouldn’t wear one. I actually asked a couple of guys what they thought about

the man bag, and here’s what they said:

“A real man doesn’t wear a purse,” or “I wouldn’t be caught dead with one, why not just use a backpack?”

Do you know someone who uses a man bag or have you seen someone wearing one? What do you think? Are man bags a “fashion do” when it comes to male accessorizing or are they a “fashion don’t?”

I’d love to hear your thoughts on this. Please don’t hesitate to tell me what’s OnUrMind.