Our 14 Favorite Sets From This Year’s Underground Music Showcase

The Underground Music Showcase has, yet again, swept through Denver on the wave of a hot weekend brimming with sweat and music. Attendees caught up with their favorite local and national acts. Or, more likely, they caught a couple of notes from outside a venue, sauntered in and had a great time while getting to chat with the artist afterward. It is a festival busting at the seams with community and camaraderie and for that, we thank it. The Denver music scene would not be the same without the summer’s capstone project. Read on to explore 303 Magazine‘s favorite acts from the weekend.

If the sun is shining and the horn section is ready to jam on stage, there’s sure to be a dance party somewhere in Denver — that was certainly the case when the storm clouds blew over and UMS was officially in full swing. While technical issues led to a slight delay following L.A. Witch’s captivating set, all was quickly forgotten once the music started up. And anyone who didn’t get the memo was quickly educated by Brasstracks when they reminded the crowd that the R&B and hip-hop outfit had traveled all the way from New York to party with the Mile High. What ensued was a raucous celebration that found the Showcase Stage’s crowd filled with dancing Denverites grooving along with funky beats as they soaked up the last rays of the day’s sunshine. — Mariah Hansen

Yugs and Katiria’s duel performance was an open invitation to dance. The Denver producer, Yugs, known for dreamy and sometimes psychedelic lo-fi beats, created a more proactive atmosphere when combined with Puerto-Rican-born singer Katiria. Both came with their own strengths but together created an environment that called out to plenty walking in the streets to stop and move their body to a language they might not have understood but felt deeply. — Andrew Venegas

Stepping onto the Underground Stage at sunset, Con Brio made their presence known with their seven-piece ensemble. From the first note, they brought high energy for the crowd to immerse themselves in. Lead singer Sarah Clarke blew the crowd away with her vocal range and magnetic stage presence. Even over blowing horns and the cheering crowd, showcase goers could feel the voice of the lead singer in their hearts and souls. The diverse set took the crowd through funk, soul, psych-rock and even an emotive cover of Dolly Parton’s “Jolene.” The range from the band made them the shining stars of the night. A force to be reckoned with, Con Brio is sure to be back in Colorado to “woo” the crowd once again for another soulful night. — Christian Garcia

What can you say about a band that completely annihilated their performance at one of UMS’ smaller venues? Shady Oaks nearly toppled the walls at Stoney’s Cantina with their no-nonsense approach to their style of play. If there’s ever a time where 60+ people breathing down your neck adds to the experience, this would be it. It was a cyclone of sweat and madness Saturday night as the viewers moshed and jerked in the cluttered cantina, complete with a crowd-surfing singer on top of it all. Shady Oaks was the savior for the attendee that needed a little extra aggression with their enjoyment. They were less swaying and more head banging. Here’s to hoping they get a bigger stage or pit next year. — Andrew Venegas

As always, Denver’s favorite Latin-inspired rock band brought the party to HQ on Friday night. The musical spectacle was great, aided by a big-band sound with Wes Watkin’s flamboyant trumpet solos, not to mention another stage mate’s violin contribution. This was not your typical exploration of classical string and horn instruments. Led by Miguel Aviña, crunchy guitar riffs and insane solos were abundant, accompanied by upbeat Latin rhythms and rocking grooves that would fit perfectly next to a summertime block party by the pool. — Logan Sasser

In classic UMS fashion, the black and white layout allowed the vibrancy of the artists to show through. And who shown better than the starry-eyed DAFNA? DAFNA operates straight out of a rom-com and this is where her brilliance lies. Whether it be a breakup ballad aimed at her broken sunglasses or a cover of Letters To Cleo’s version of “I Want You to Want Me,” she and her band brought a wildly contagious energy to the Showcase Stage. Within DAFNA’s music resides a side-swept undercurrent of violin, upbeat surf rock and optimism hiding within the pessimistic scenarios she sings about. They were a bubbly beginning to Saturday at UMS that left show-goers in a dream-like state. — Alex Kramer 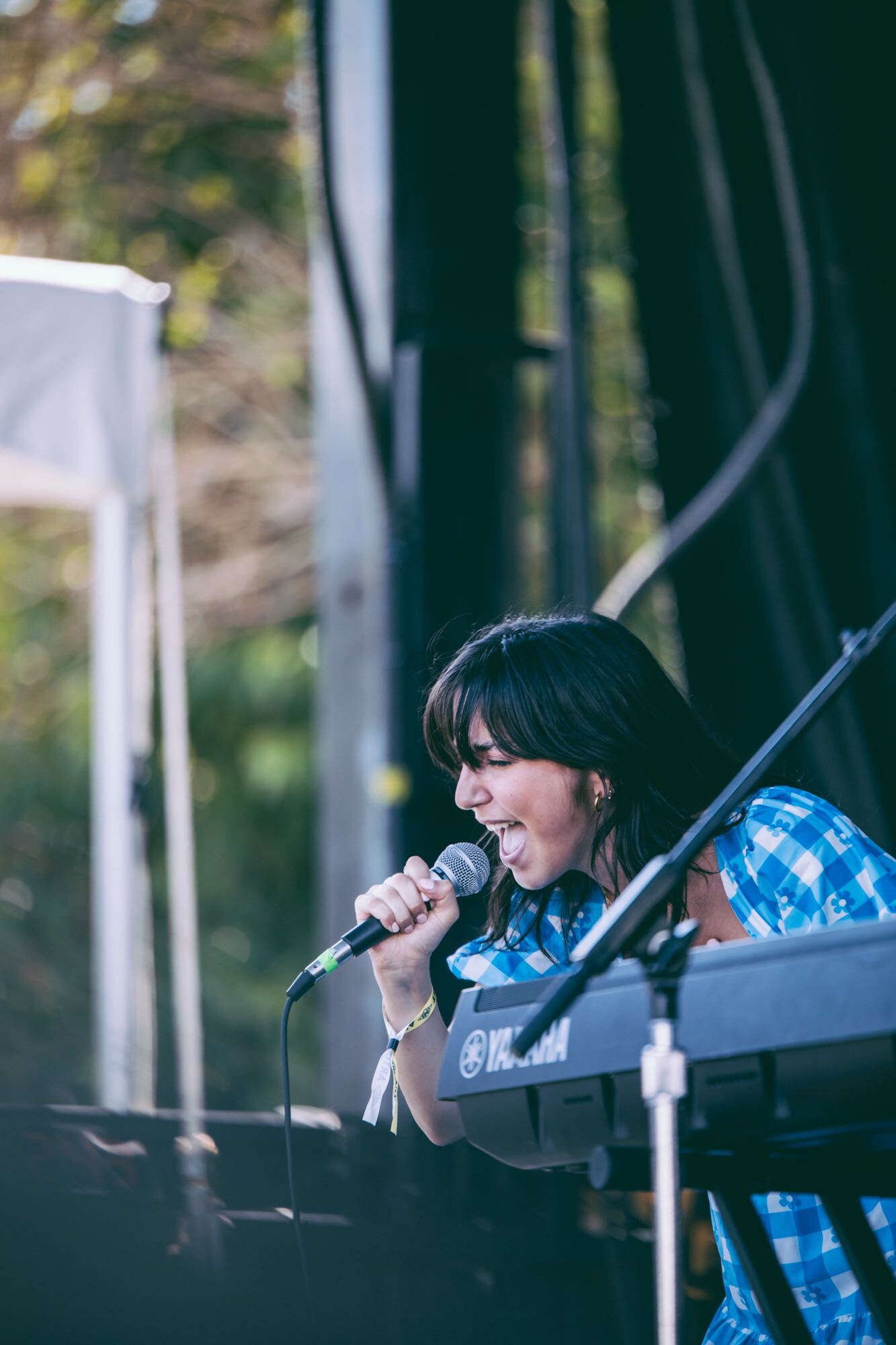 Joseph Lamar’s acapella vocal’s reverberated off of the pavement as the gates officially opened for this year’s Underground Music Showcase. Storm clouds loomed threateningly overhead as Lamar stood center stage for his first performance of the weekend, conjuring a crowd to 1st and Broadway and breathing the first bits of life into the weekend. But the acapella summoning was quickly replaced with powerful instrumentals and Lamar exploded into a burst of dance, commanding the growing audience’s attention. Dripping with emotion, his voice called forth images of paradise as he became the embodiment of his songs, twirling and thrashing about the stage as the music dictated. And a growing number of showgoers accepted Lamar’s invitations to join him in his expression, shouting their names to the sky when asked and grooving along with captivating performances of the track “Obedience,” as the artist rewarded them for showing up early with an explosive kickoff to the showcase weekend. — Mariah Hansen 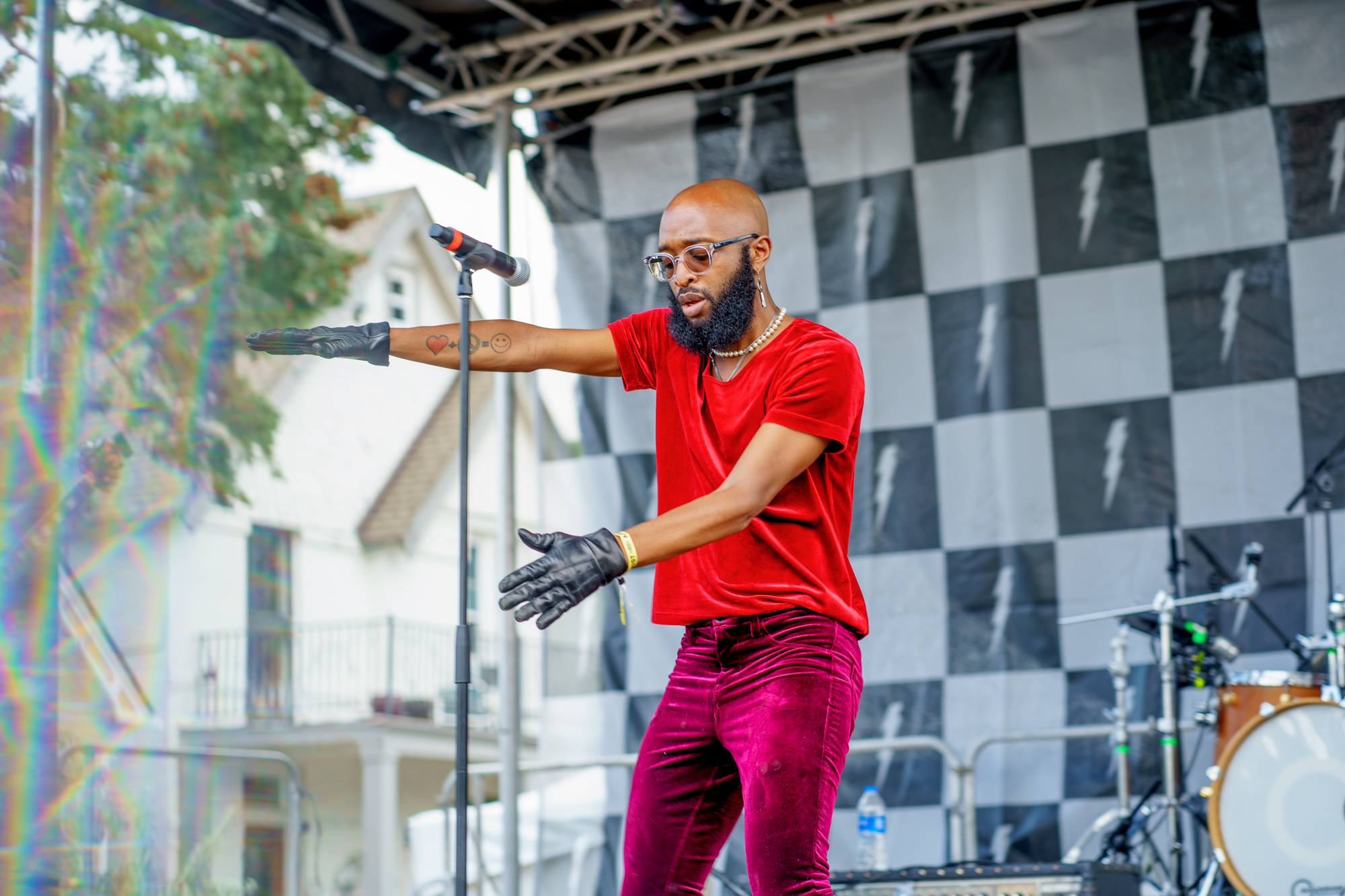 With style and humor, JAWNY brought out the liveliest party animals in the audience at UMS. Stepping on stage with his band in full color, Jawny packed energy and an all-around good time into his performance. Playing his song “Strawberry Chainsaw” ahead of its release on August 1 got the crowd excited and engaged for the remainder of the performance. By the end of the show, nearly everyone in the crowd was jumping to the more intense songs and dancing to the ones packed with groove. Throughout the entire performance, Jawny and his band seemed happy to be there, radiating positive energy that transferred to the audience through the music. — Toni Elton 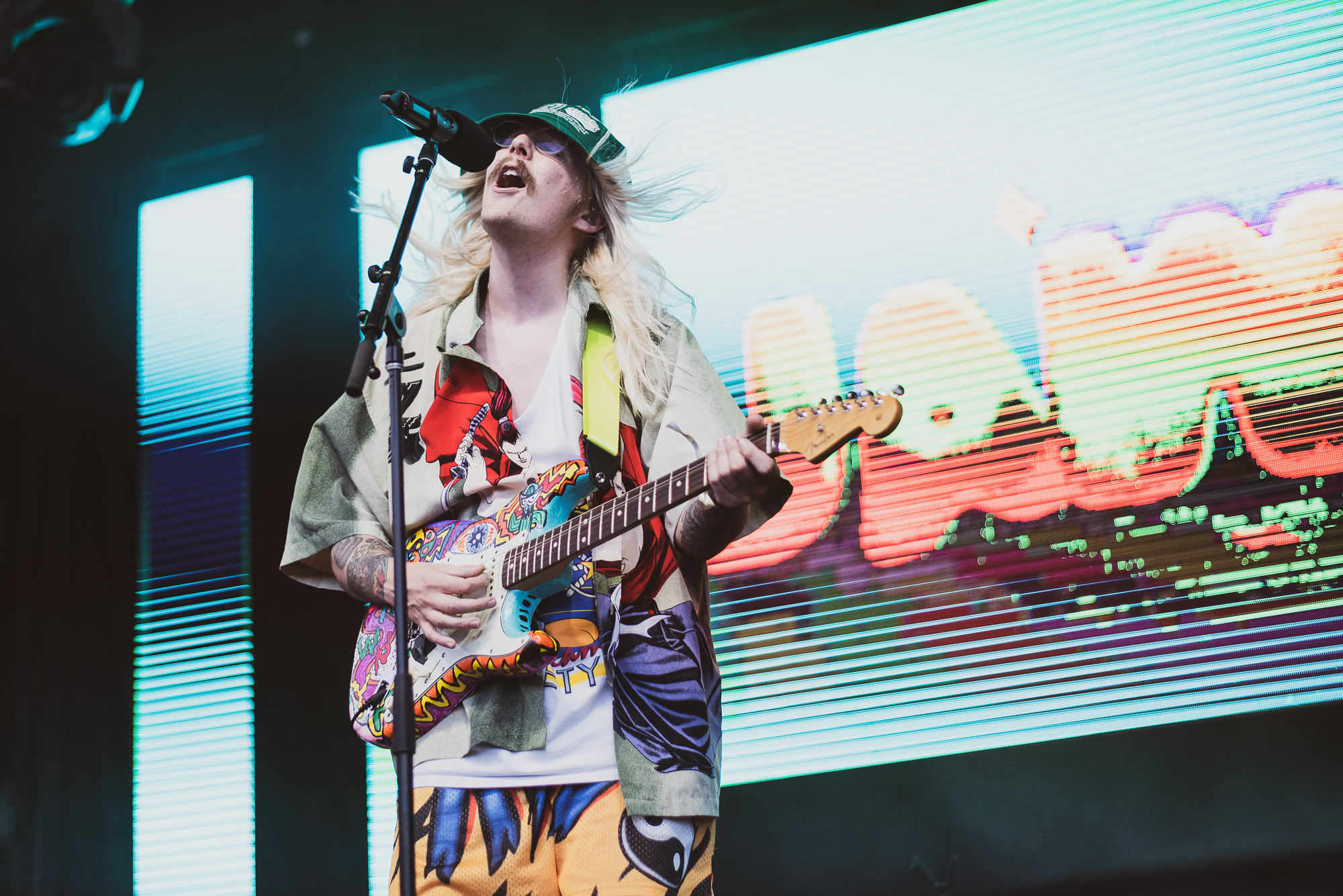 Arguably the most energetic set of the weekend, Colfax Speed Queen brought a raging, sweaty moshpit, and the best garage rock Denver has to offer. Everything about Colfax Speed Queen represents the lost art of humid summer jam sessions in muggy basements and slamming tallboys on your head before an afternoon surf. From the radical head-long tattoos to the silly robot voices the lead singer belted between songs, the band was authentic, through-and-through, on their quest to represent the harder, more extreme side of garage rock. The crowd loved every minute, even if a bare-backed, smelly, mustached man ran into them full force, blinded by the moshpit. That’s what it’s all about anyways, right? — Logan Sasser 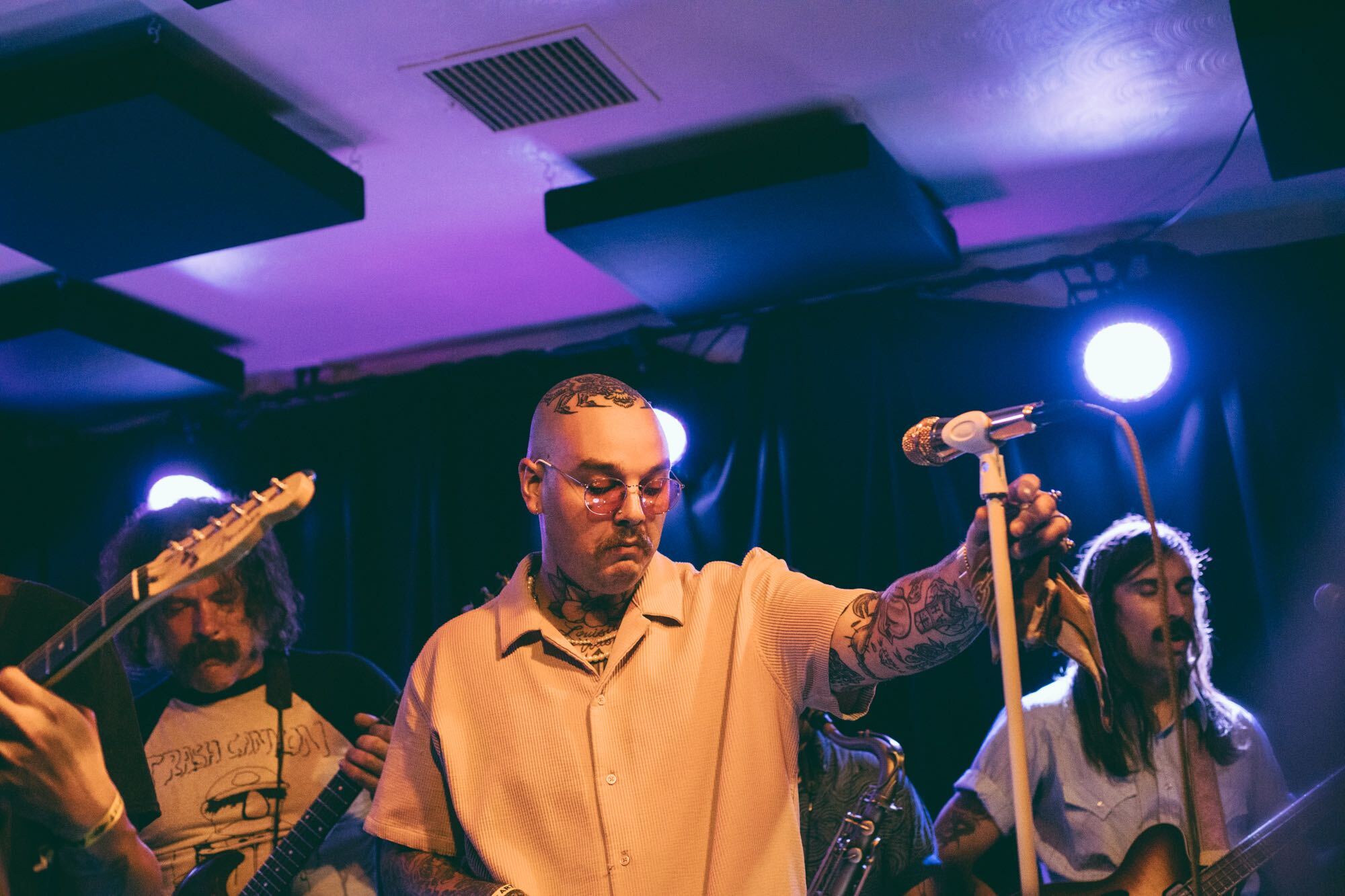 After a couple of sleepy sets at The L on Saturday (courtesy of its highly sought-after seating), The White Moms brought the crowd back for a set of high-energy hip-hop. The floor bounced with the beat, threatening to topple the speakers. As the trio ran through their discography, which contains slick verses, quaint backing instruments and a fluid, living musicality rarely found in modern rap, they made their small corner of UMS as entertaining as one of the main stages. The burgeoning locals are on the precipice of becoming Denver staples. Catch them around town if you get the chance. — Alex Kramer 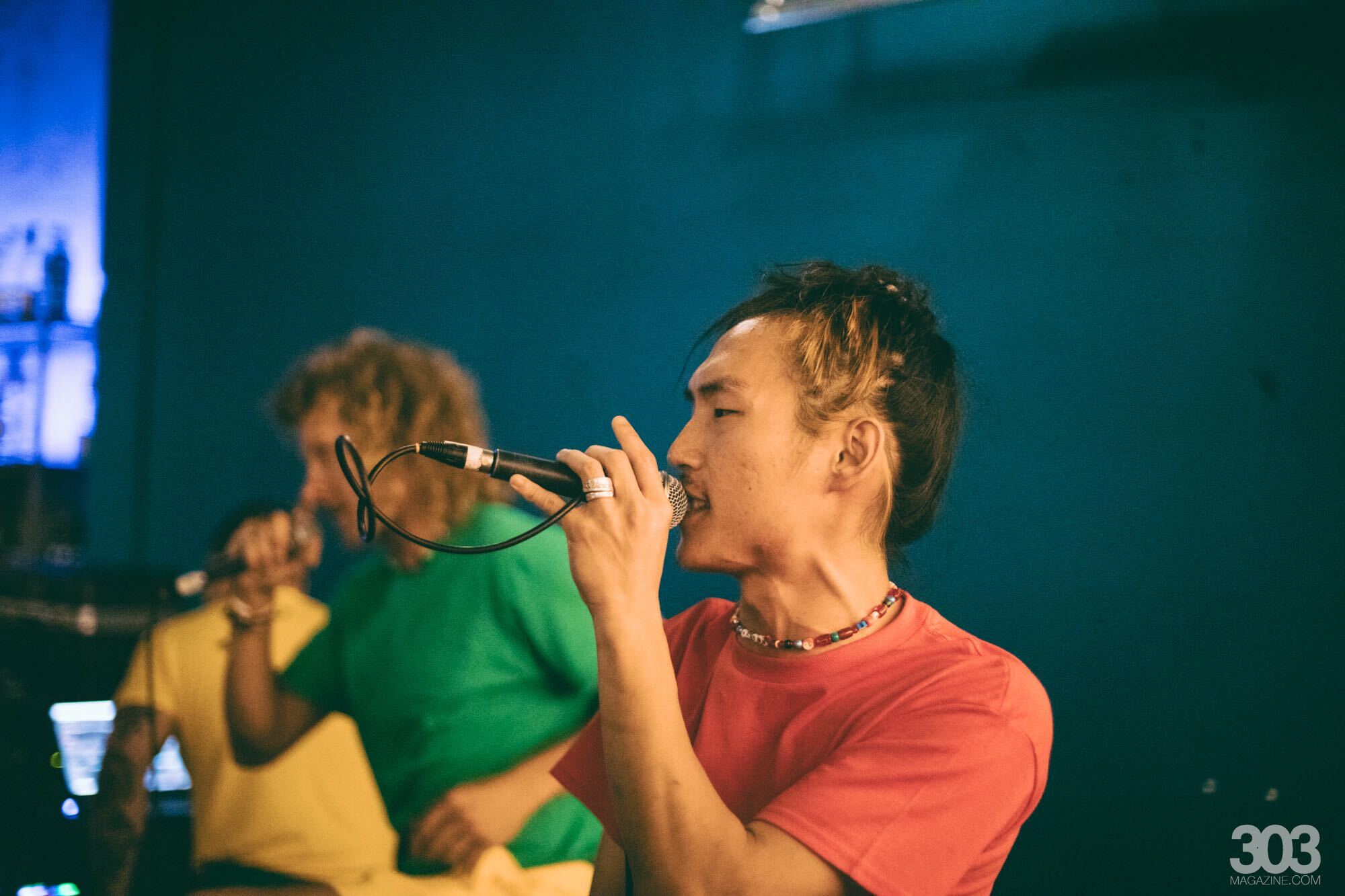 Blvck Hippie at the Underground Stage was a haven for those early 2000s emo and alt-rock fans looking for an upgrade to their genre. They were serene, psychedelic and all about the feels. The Memphis-based band is making large strides since their first released single in 2018. If there’s a wave of sad boy music resurgence coming, Blvck Hippie is helping lead the way, but it wasn’t all black clothes and somber songs. The group also made pleasant conversation with their crowd and reassured all that their second performance at Stoney’s would feature a broken leg or torn ACL. Let’s just hope it was a metaphor and not a promise. — Andrew Venegas

The Mañanas returned to UMS this year with rejuvenated energy, a brand new batch of songs and an extra three members on stage. Gone are the days of the duo tracking their songs with just live drums, guitar and vocals. Now that The Mañanas are a fully fleshed-out four-piece band, every song they played at The Skylark Lounge filled the upstairs dancefloor with groovy indie-rock vibes. If Colfax Speed Queen is the darker side of garage rock, The Mañanas represent the lighter, wavier side of the surf-inspired genre. The band clearly enjoyed playing as much as we enjoyed watching them, and that energy made for smiles and silly dance moves all night long. — Logan Sasser 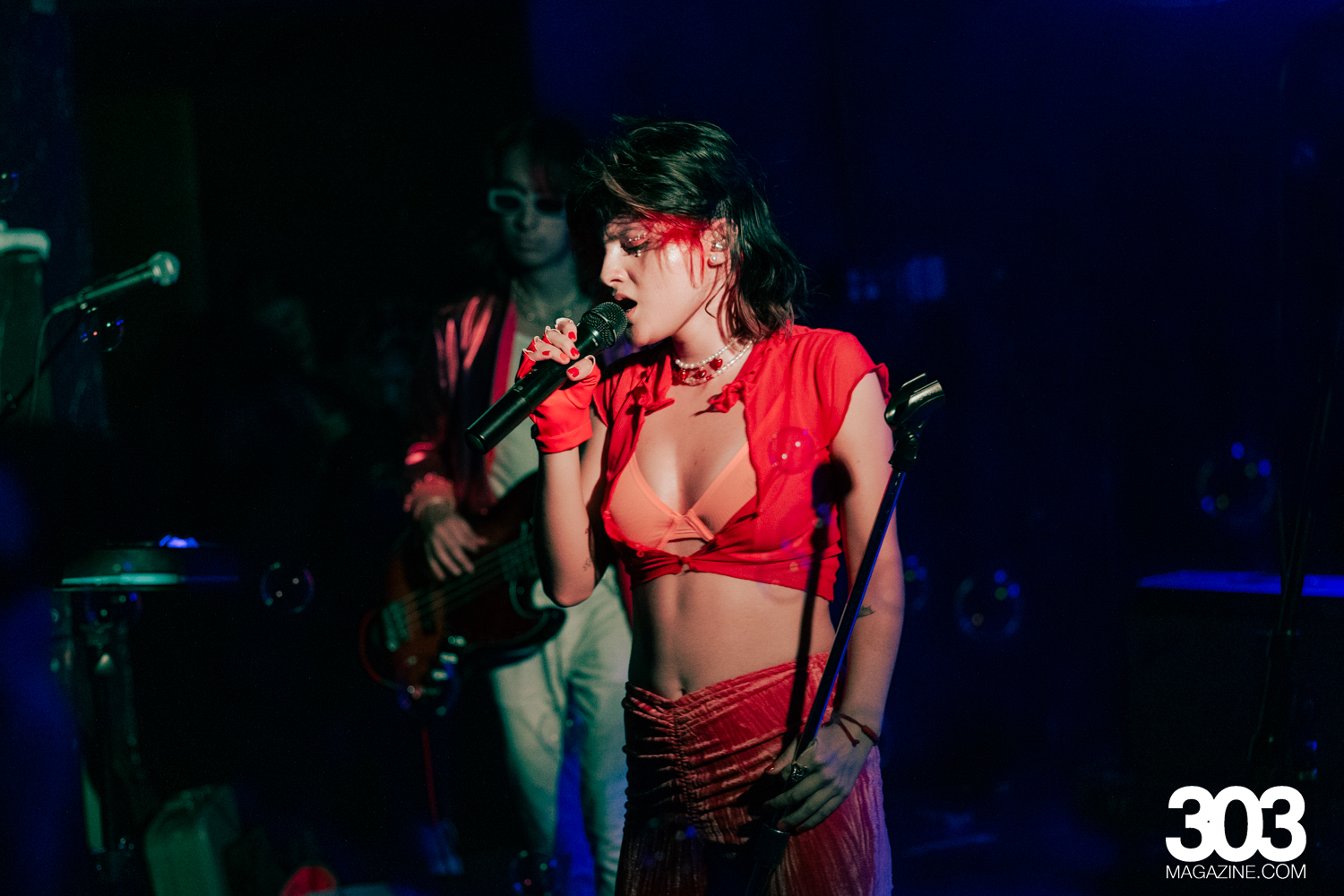 The Mananas. Photo by David Cohn

First impressions are everything. And if Saturday at UMS was your first encounter with the tour de force that is N3ptune, you won’t soon be forgetting the emotive experience of his hour-long set. Exiting a U-Haul as gracefully as if it were an Escalade, the enigmatic popstar’s “mannequins” walked solemnly from the truck to the stage, leading a process rounded out by the fishnet- and spike-adorned Rusty Steve. Then came N3ptune in an architectural gunmetal and black leotard, exuding what can only be properly described as power. The performance progressed appropriately from this enticing, rule-breaking entrance. N3ptune performs like it’s a challenge to his audience: accept his message, take him as he is or get bent. The performance walked with gumption, self-assured within the walls of N3ptune’s dominant, faultless vocals and Rusty Steve’s grandiose, ebullient guitar licks. If you were able to be there, be thankful. You were one of the lucky few to take in the glory that is a N3ptune live performance before he took off as the opener for Sleigh Bells’ North American tour. — Alex Kramer

READ: Premiere – N3ptune Gets Honest About His Trauma On New Single: “MANNEQUIN” 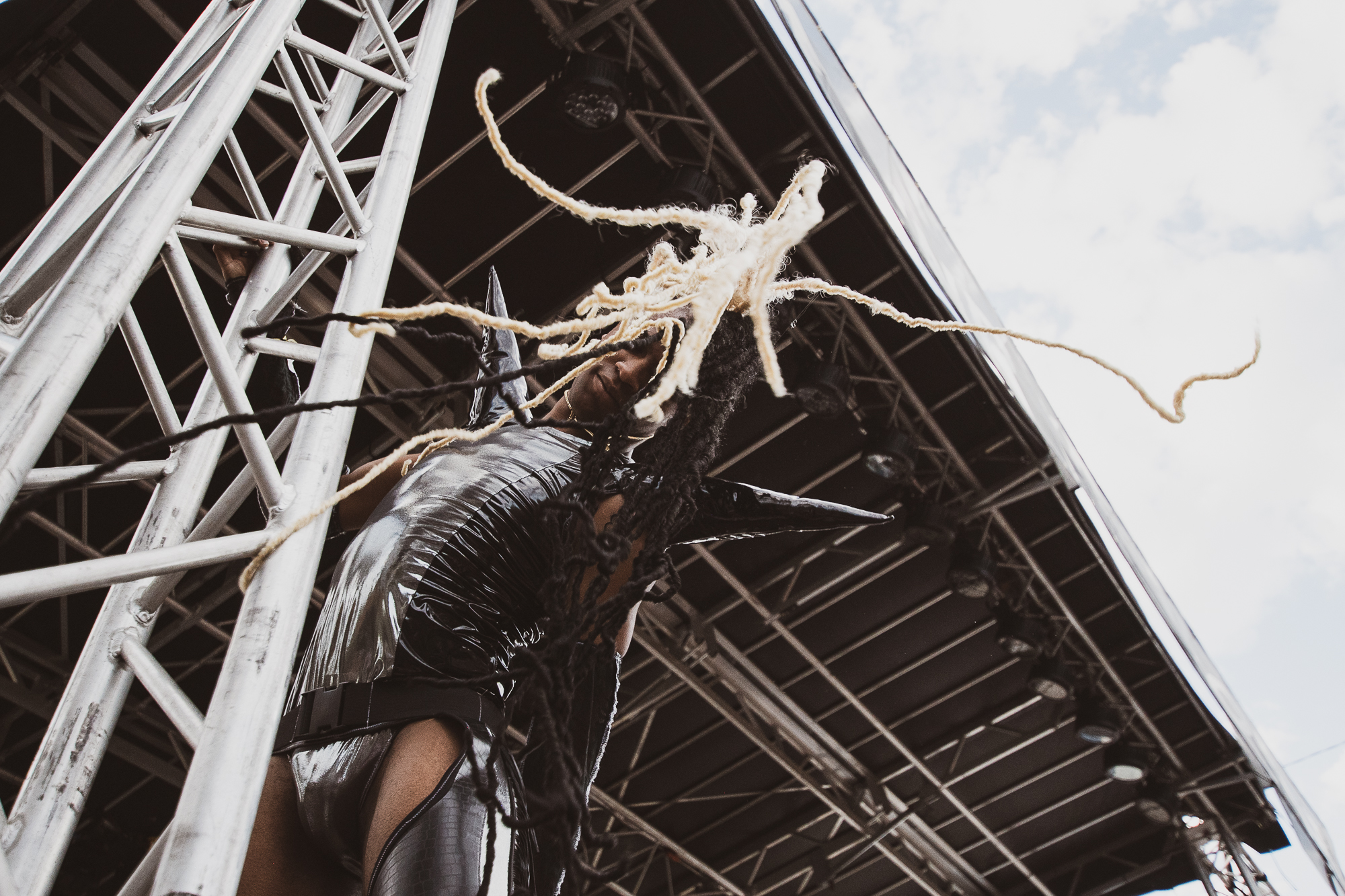 When Faye Webster was first announced as a UMS headliner, I was slightly confused. Her vibe, at least on recording, didn’t really match the overall aesthetic of UMS. Her slow indie-rock sound seemed a little too downtempo to take up the final spot on UMS’s main stage Sunday night. However, it quickly became clear she had everything she needed to close out the festival with style and flair. Her peaceful demeanor and careful consideration towards her fans shined through as she danced across the stage, bouncing from quiet guitar ballads to the occasional melodic guitar solo. The highlight of the show, however, was the steel guitar, which provided background material for almost every song and dominated each bridge with twangy tastefulness. — Andrew Venegas 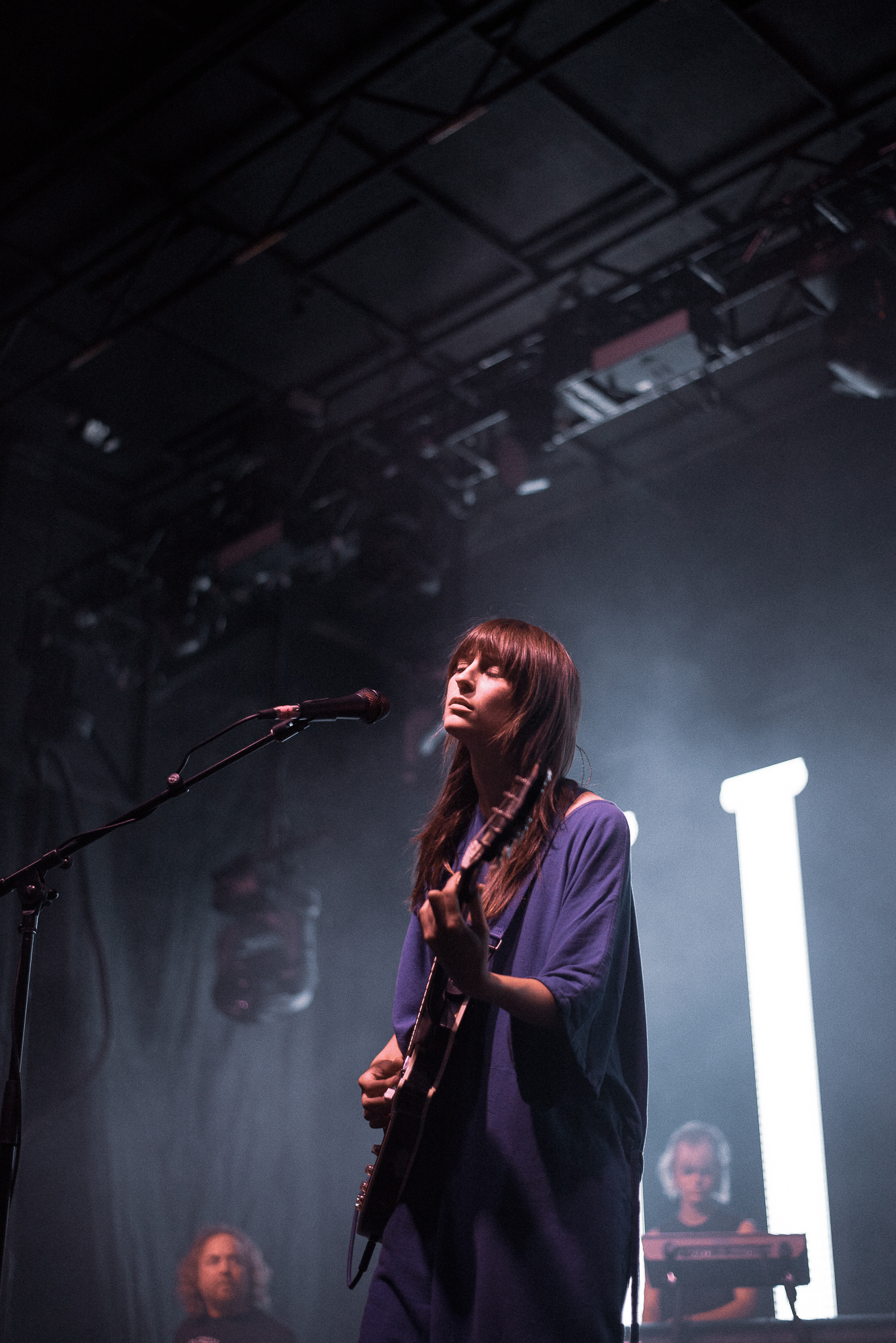