Denver’s 17th Street was flooded with blue and red yesterday morning as Avalanche fans flocked to Union Station. Celebrating the team’s first Stanley Cup Win since 2001, hundreds of thousands of fans took to downtown Denver to watch the parade festivities. 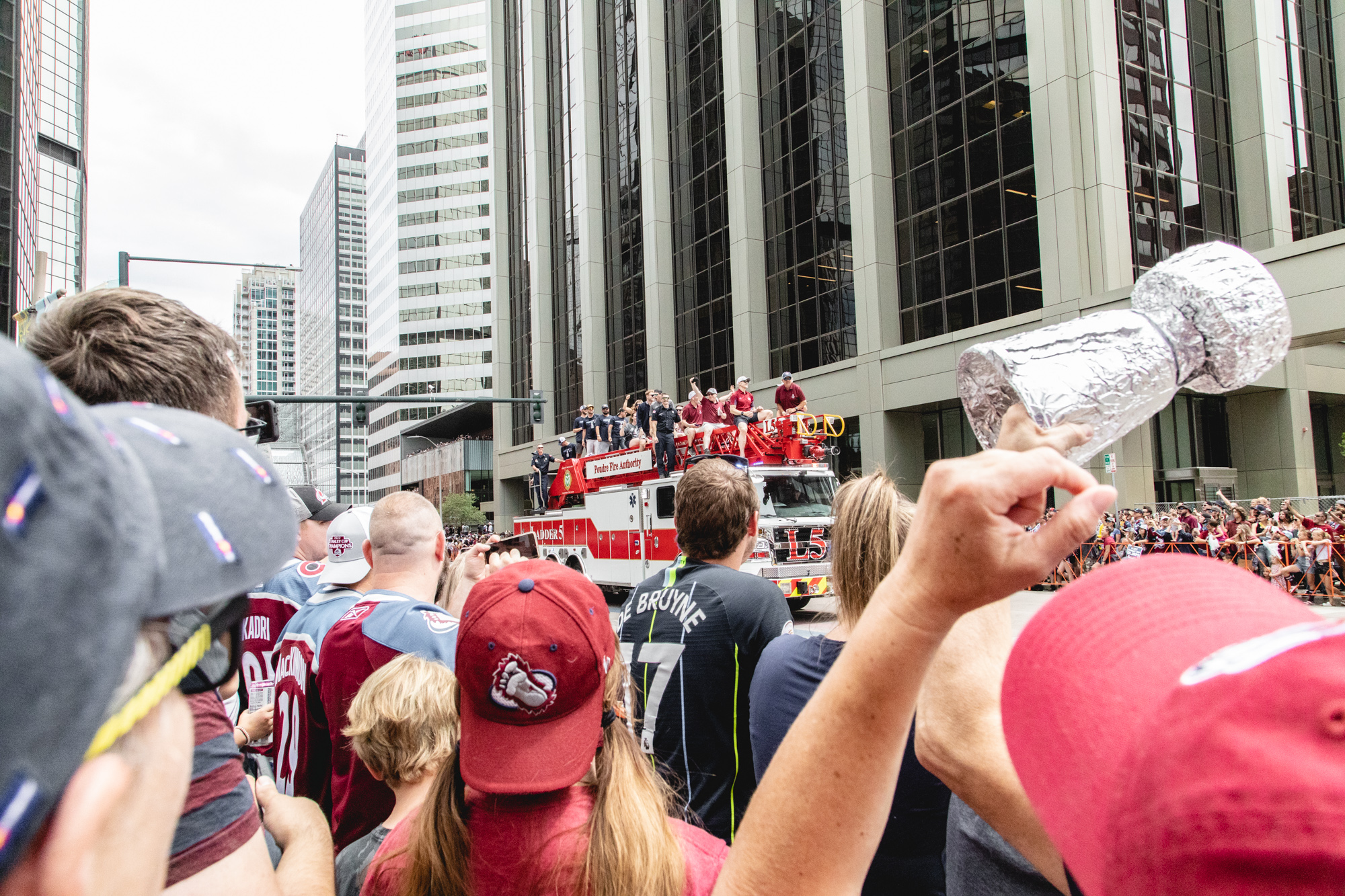 The parade, which ran from Union Station to Civic Center Park, was nothing short of that. Crowds roared as dozens of firetrucks made their way up to 17th Street, their rowdy passengers hyping up the crowd with rooftop beer chugs, water guns and shooters tossed to the cheering crowds.

Fans celebrated as Avalanche cheerleaders, players, coaches and their beloved mascot Bernie made their way through the city. The final float brought the crowd to an endless roar, as captain Gabriel Landeskog debuted the long-awaited Stanley Cup trophy to his devoted fans.

Their first win in over two decades, Avalanche fans were eager to finally be able to celebrate a victory once again. The crowd spanned generations of Avs fans, families excited to share this experience with their children. Dressed head to toe in Avalanche gear, lifelong fans Janice and Mike Wallace brought along some of the Avs newest fans to the parade, excited to share the experience with their young children.

A celebration 21 years in the making, Avalanche fans proved their devotion to the beloved team. An all-day affair, the excitement continued at Civic Center Park and into downtown for the rest of the evening. Closing out the 2022 Avalanche season with a bang, fans can hope for one thing: doing it all again next year.