Watching a single person run around on stage, migrating from the drums to the keys to the guitar, even dabbling with wooden flutes, saxophones and trumpets never gets old. Very few artists in the world can showcase their musical talent with the flair and raw ability that Tash Sultana displays during their live performances. They’re someone who gets lost in the music. They play with so much feeling that it’s easier to believe they’re more of a vessel, a host for some ancient musical God using Sultana’s technical talents to display their glory. Watching the Australian producer and songwriter sing their heart out, remix whole musical sections into their own entity and shred on both a 12-string acoustic guitar and their own signature Fender was a spiritual experience that cannot be replicated. 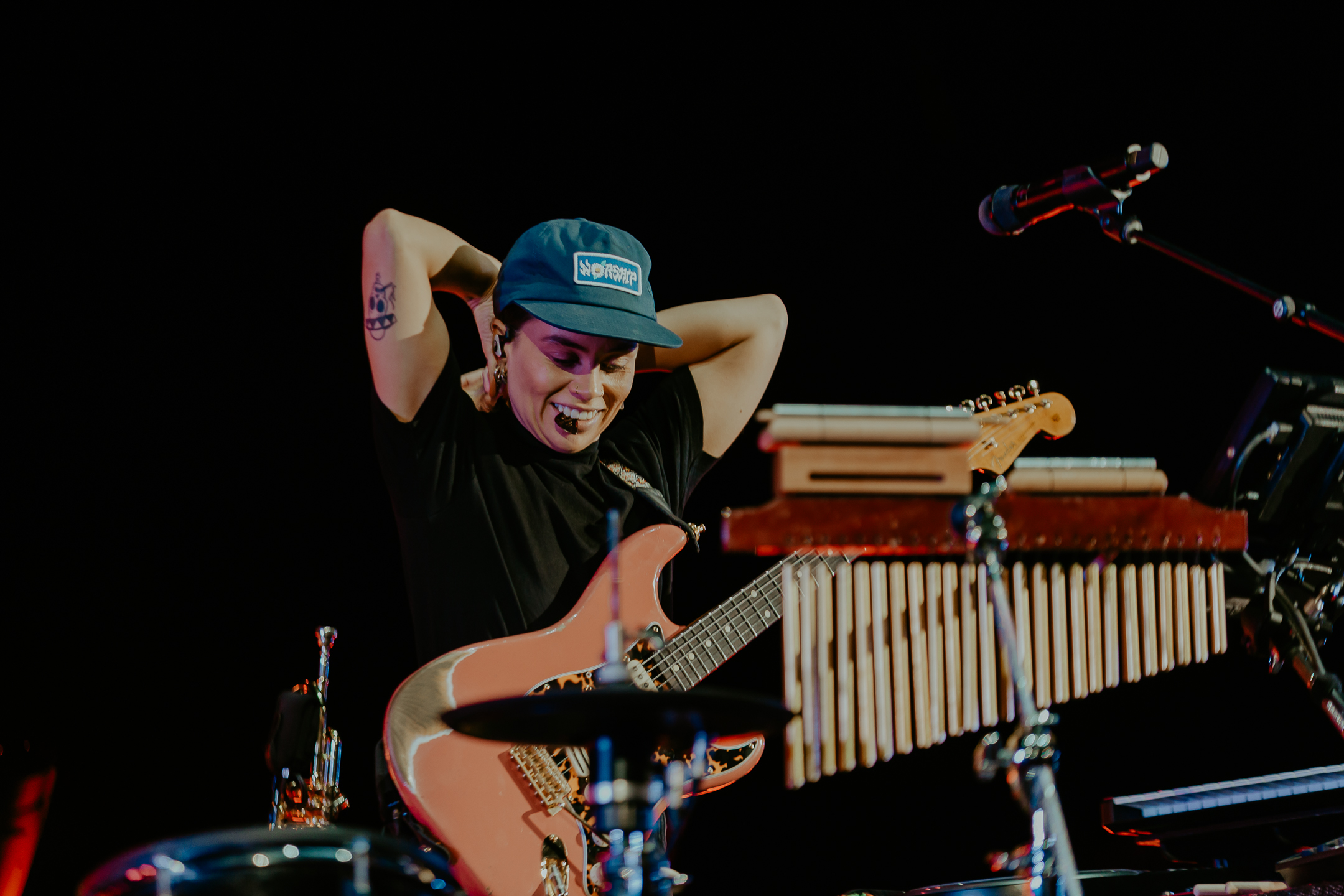 Although the name Tash Sultana originally became known for their one-man-band performance thanks to viral home videos of songs like “Jungle,” they hired a full band a couple of years back to follow them on tour, giving them more space to experiment with creative collaboration and jam sessions. So it was a surprise when they came on stage by themselves, roaming around a stage design that was clearly designed for a single person. A few songs in, they made an announcement that their team was actually stuck in Australia due to a passport issue. They continued to explain that the days leading up to their Red Rocks performance were some of the hardest of their lives. With their wife going through radiation and some unexpected bad news from an unnamed American artist and collaborator, it became clear that this performance was particularly important for them.

Amidst some pretty difficult circumstances, Sultana channeled their inner struggles and let the music speak for them. Every note was packed with dense emotion, screams to the heavens and lullabies for the soul. Every song they played was a whole experience. It was like seeing your favorite jam band explore different musical passages between their best tracks, always held together by one idea, transformed into an ensemble of musicality and eventually making its way back to the roots of a single track. Except, in Tash Sultana’s case, this was all accomplished by a single person. 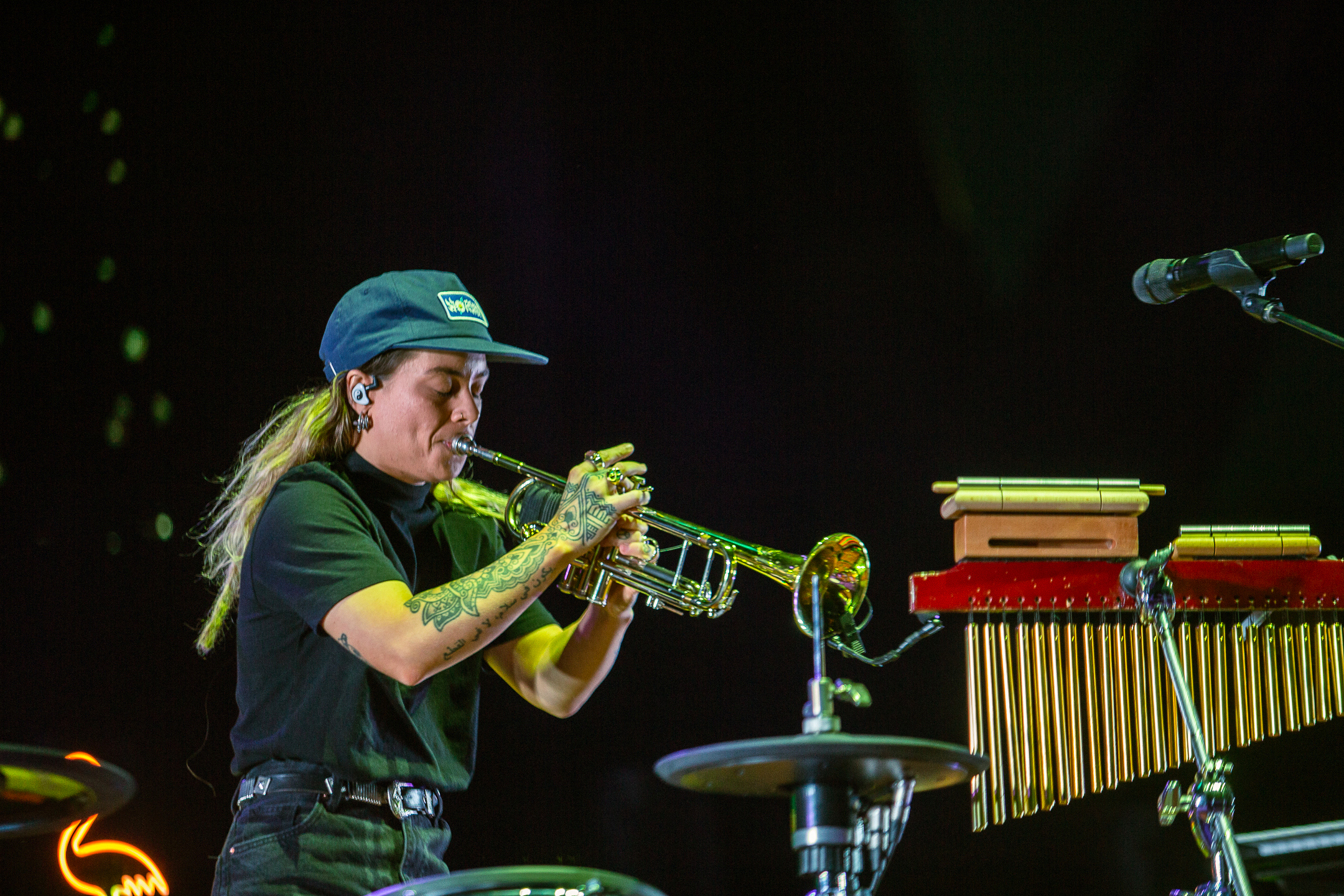 After a quick jam session that served as a brief introduction to Tash Sultana’s distinct musical style led by explosive guitar riffs, grimy, fast-paced solos and beautiful melodies, they quickly moved into some of their most beloved tracks like “Big Smoke,” “Natural Mystic” and “Crop Circles.” Sometimes, they explored electronic synth passages between choruses. Other times, they let loose on the guitar, shredding with insane speed and stylish flair. Regardless of what direction they chose to wander into, it was always pleasantly surprising and absolutely captivating.

However, perhaps the most impressive moment of the night was their performance of “Blackbird” on the 12-string acoustic. The last song of the night, “Blackbird” was 10 minutes of absolute madness — a beautiful, eerie and intense eruption of emotion, high-flying fingers and bright lights flashing Sultana into oblivion. With the full weight of production focused on their final moments, Tash Sultana, at the helm of center stage, became a tractor beam, elevating the artist and the audience into the astral realm. It was a perfect ending to one of the most impressive Red Rocks performances by a single musician this year.