Monday nights are the last night of the week most people want to go out, but that wasn’t the case at Red Rocks Amphitheatre this week when new-age, blues guitarist Gary Clark Jr. played with openers Durand Jones & The Indications. What better way to start your week than with blues and soul? It was Sunday mass on a Monday followed by earnest absolution — a prayer made in possession and a confession without a church. It was a purging of hidden worries. 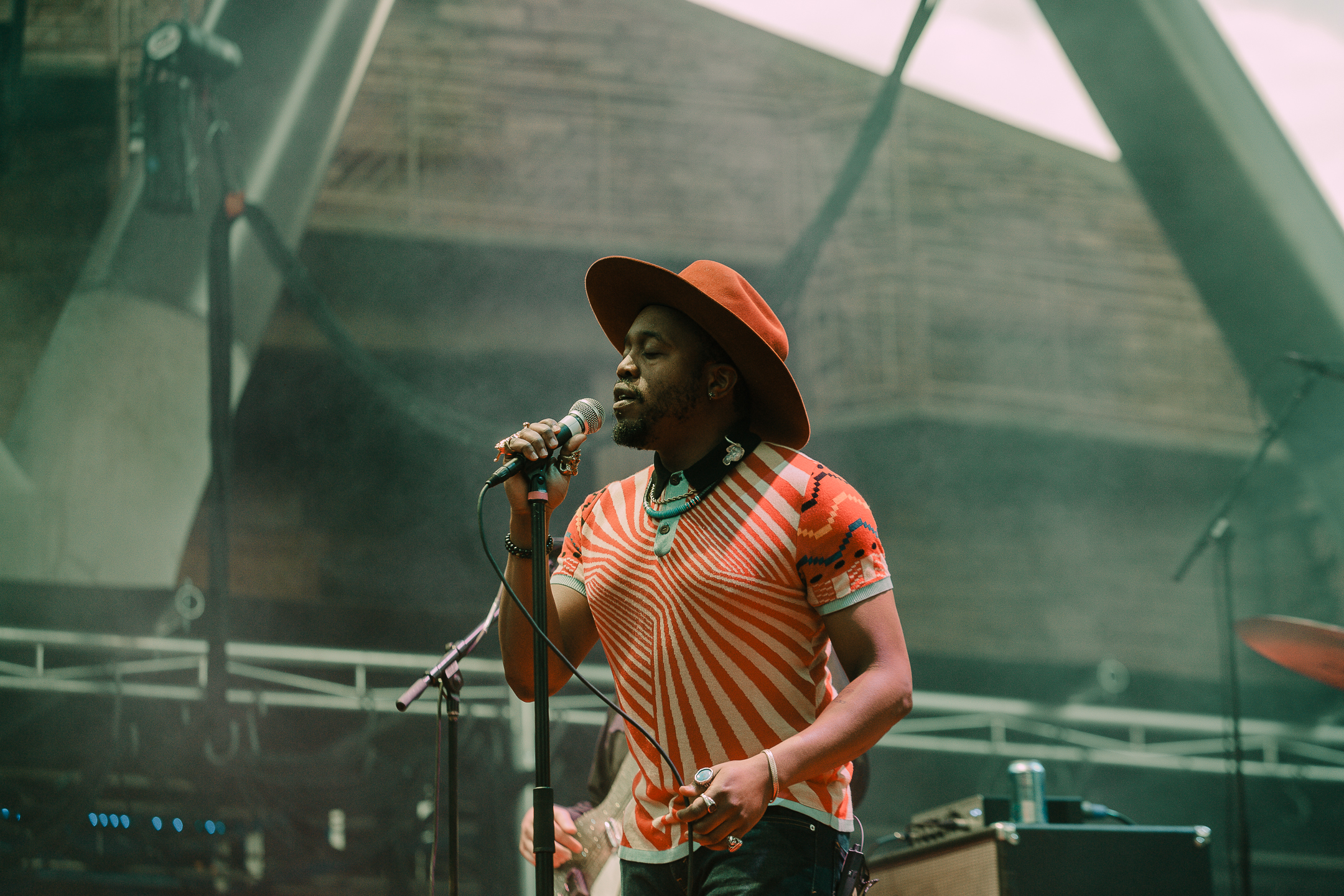 R&B group Durand Jones & The Indications were a perfect match to compliment Gary Clark Jr. for the night. Originally from Indiana, the 6-piece band slowed the tempo to find grooves that the audience couldn’t help but close their eyes and sway their hips to. It was in 2016 when the members decided to go their separate ways and shortly after in 2017 to reunite only to play one of the nation’s most desired venues five years later.

The band’s presence, lyrics, attire and most importantly, their music has a chemistry that could only grant them success for their future projects. It’s a good thing they reunited. Towards the end of their set, they decided to play some late ‘60s music in the form of the Beatles’ “Don’t Let Me Down” before playing their hit song, “Witchoo” off their 2021 album, Private Space. 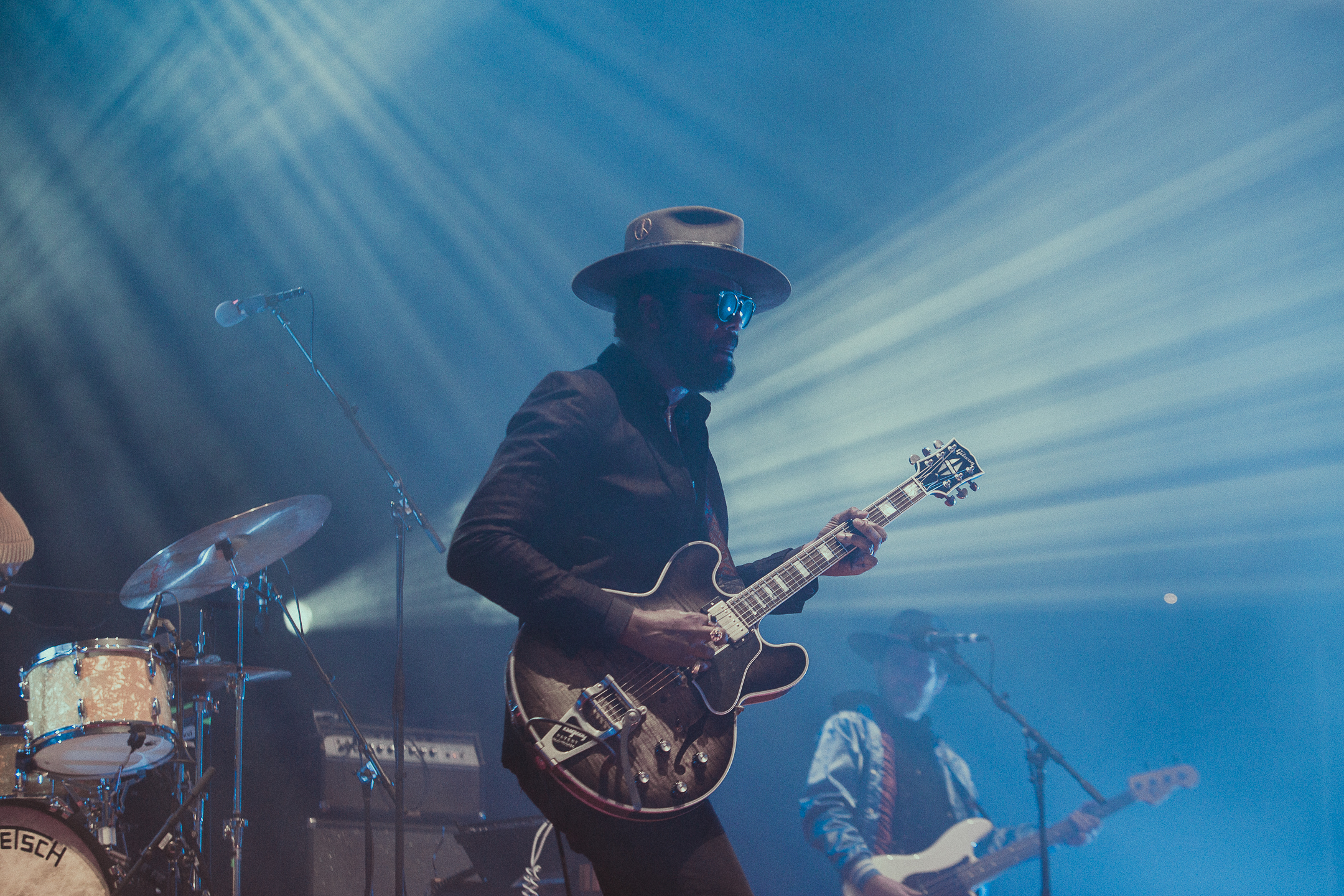 The deep-pitted, emotional soul-cleansing continued on once the headliner, Gary Clark Jr., appeared on the stage. Clark started his act as anyone would assume — with a laid-back, dapper appeal and a wailing electric guitar. The instrument spoke while the instrumentalist listened and carried the six string’s commands. Each extending note, a plea or a prayer seeping into the night sky for thousands to hear and feel.

Gary Clark Jr. broke from his possession, “Thank you Red Rocks. It’s good to be here. It’s good to be back,” he said before returning to his artistic ritual. He was a man possessed by the guitar itself, speaking to the crowd for only a few moments at a time during his performance. The venue and audience themselves showed a similar response. At times, they were almost suspiciously respectful of their noise levels. Like the artist, the fans stood dazed by the performance. It was only when he transitioned from a song and acknowledged the silence that the performer cast a sly smile at the filled amphitheater to which the crowd responded with an eruption of applause. 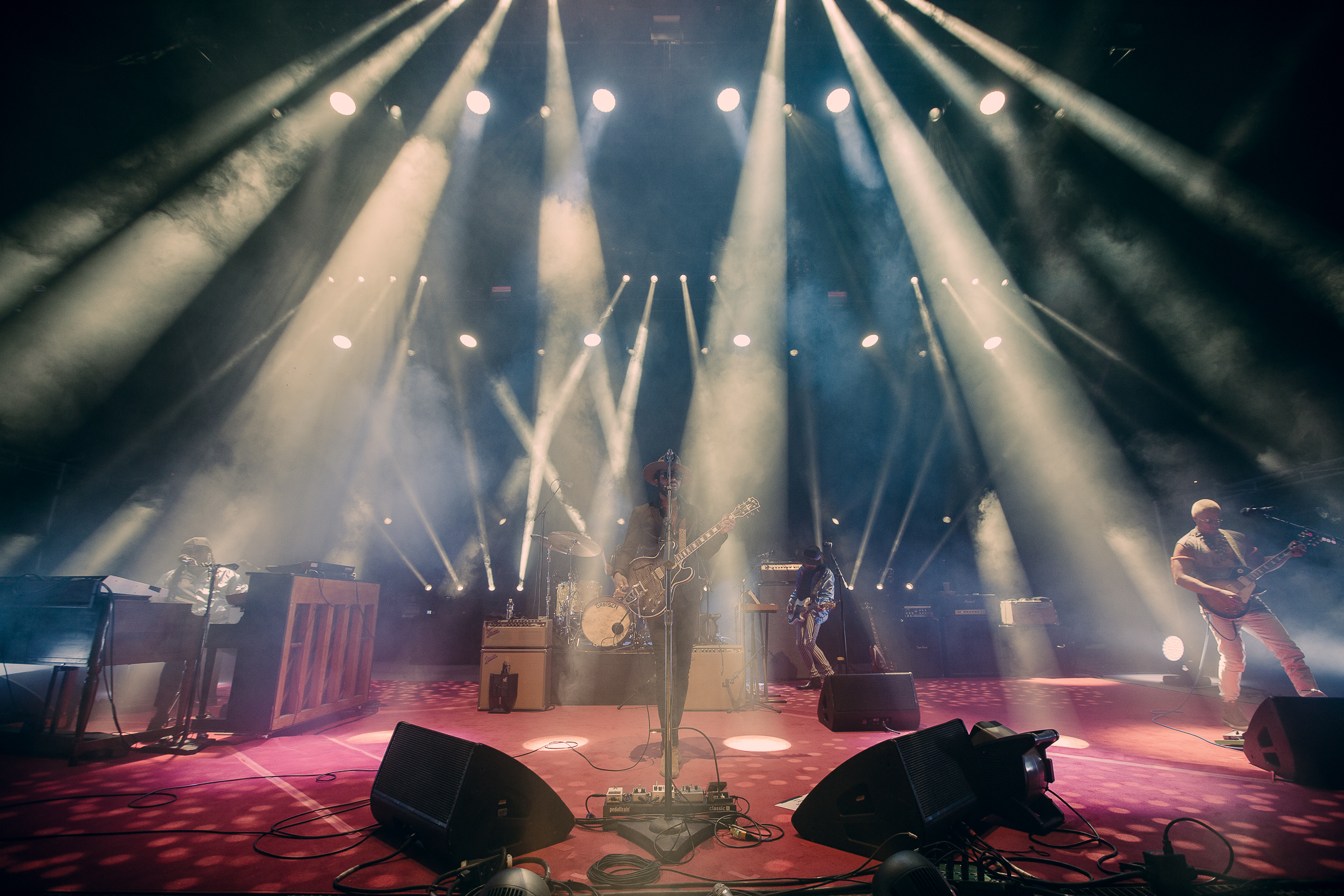 Gary Clark Jr. and his band.

Songs like “Stay,” “Our Love” and “Bright Lights” were a few of the songs shared as time flew by. The awe and enamored presence shared by the audience backfired once the realization set in that the show was coming to an end. Watching the band play or watching Gary Clark Jr.’s fingers prance on the big screen was the most inconvenient predicament of the show — that and issues with his guitar that lasted a few moments. “I wasn’t pausing for dramatic effect. I was freaking out, like did I break something?” he joked. 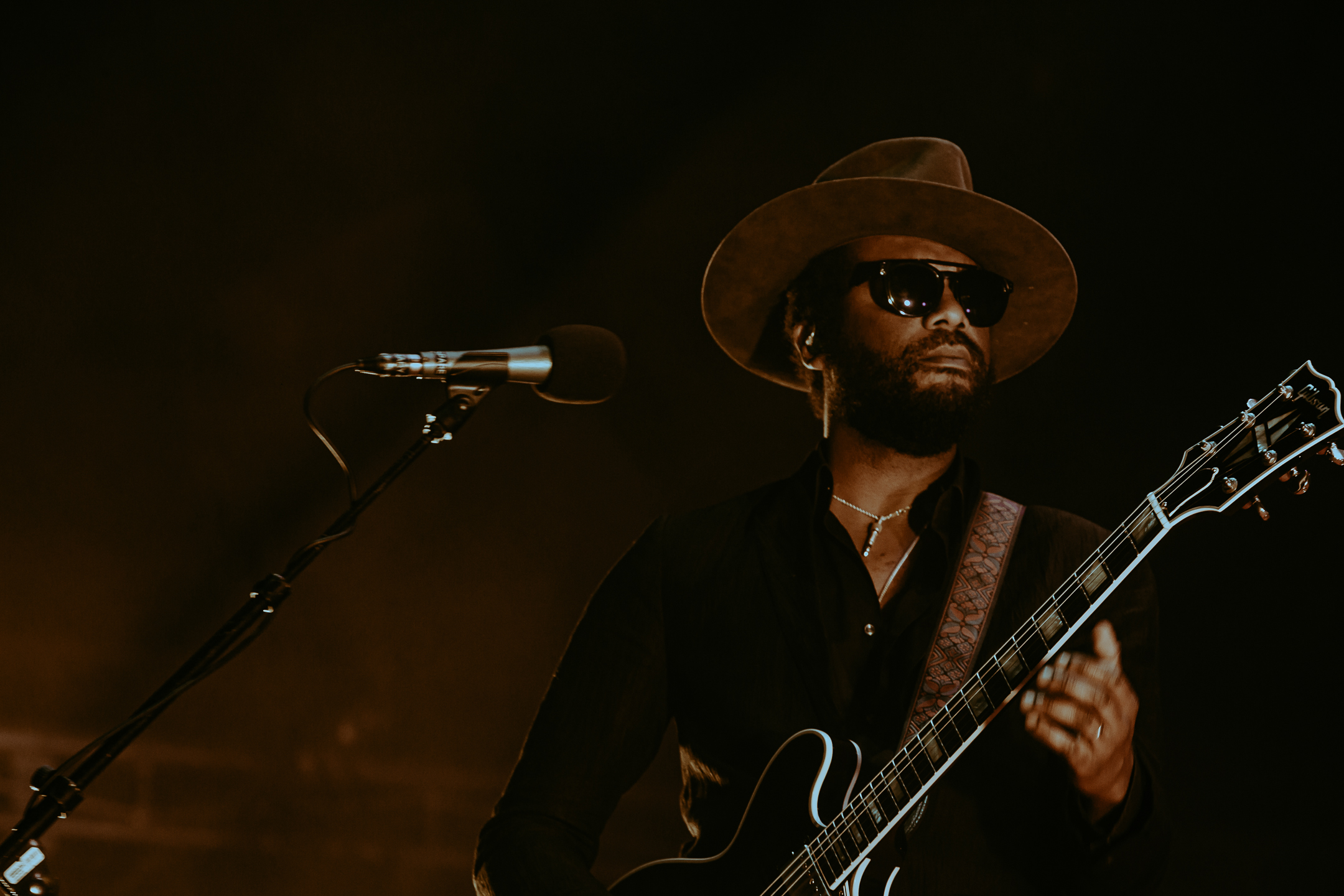 The artist commented about taking his time when he’s on stage, yet the night ended as fast as it began. The confessional concert washed away the anxiety of whatever was to come and brought relief to past concerns. One area of speculation to look forward to following the show is the prospect of new music. His last full-length album, This Land, was released in 2019 shortly before the national lockdown. There’s no concrete assurance but one can only hope to see Gary Clark Jr. live again.