Hollow Head Introduces Themselves With A Spark of Madness

Struggling artists have found themselves facing tough decisions over the past two years. COVID is hard enough, but artists and performers like Hollow Head have come face to face with the harsh reality of decision-making. Devote yourself to your craft and struggle or choose a safer less fulfilling life. For Hollow Head, the former was the most reasonable choice and the catalyst behind their two-piece band.  Lose yourself in darkness or light a fire and find your way out. One way or another, as Hollow Head demonstrates, it all starts with A Spark of Madness.

303 Magazine sat down with Jimmy Adame and Elliot Miller of Hollow Head a few weeks ahead of their debut album drop, A Spark of Madness, to get to know them better and introduce them to the Denver music scene just in time for their first album release. The duo, originally from Michigan, met seven years ago, but only recently formed Hollow Head in November of 2021. 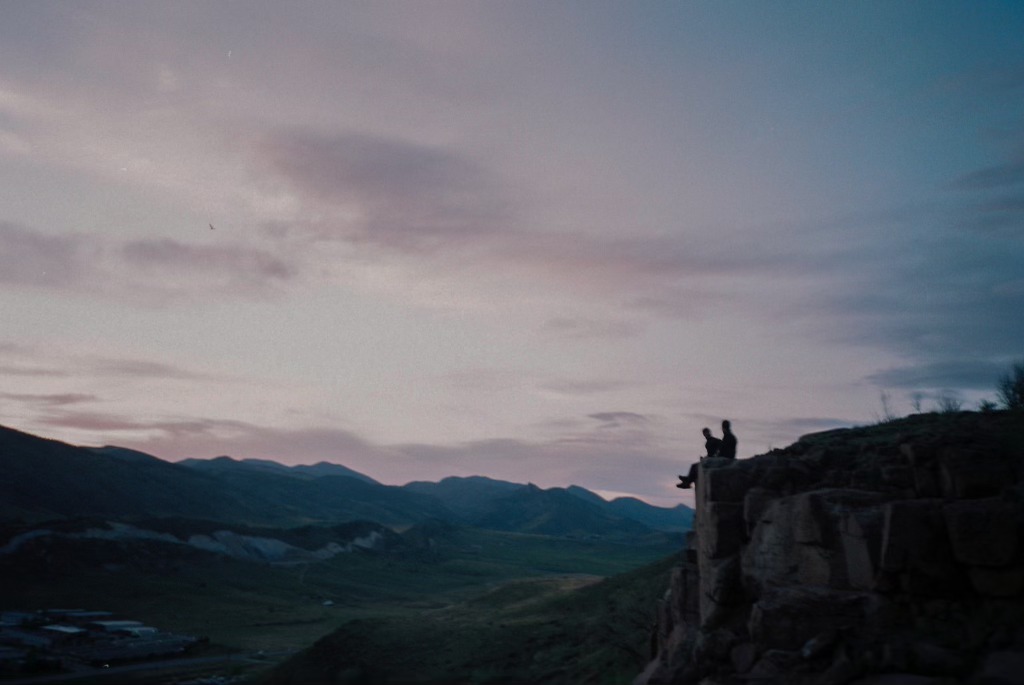 303 Magazine: How long have you two been making music together? What brought you to Denver?

Jimmy Adame: We’ve been playing together kind of on and off since then (2015) either just very casually or in other projects.

Elliot Miller: Yeah, we met from a mutual acquaintance that was starting a very bad college band. I was going to play drums and Jimmy was going to play guitar — that’s how I met him. We kind of started our own thing where we would busk a lot and mostly do covers.

303: What made you move forward with each other?

JA: I changed careers. We moved from Michigan to Colorado and we both saw that we were just going to be in the same place for the foreseeable future. During that period, I started to get back into music. So when I started expressing more interest I had Elliot help me record a solo EP last year. We enjoyed working together and that was the first time we were together at a studio as well. It just felt really good. So at that point, we decided let’s try to make this more recurring — to do this more frequently and take this a little more seriously.

303: What would you say is your style of music or genre?

JA:  I mean, alternative is probably the best way to describe our sound because it’s so general. Yeah. Alternative rock, maybe.

EM: It sits in the realm of rock, but there are some folk influences in a big way from Jimmy. For me, there are harder rock influences at times. 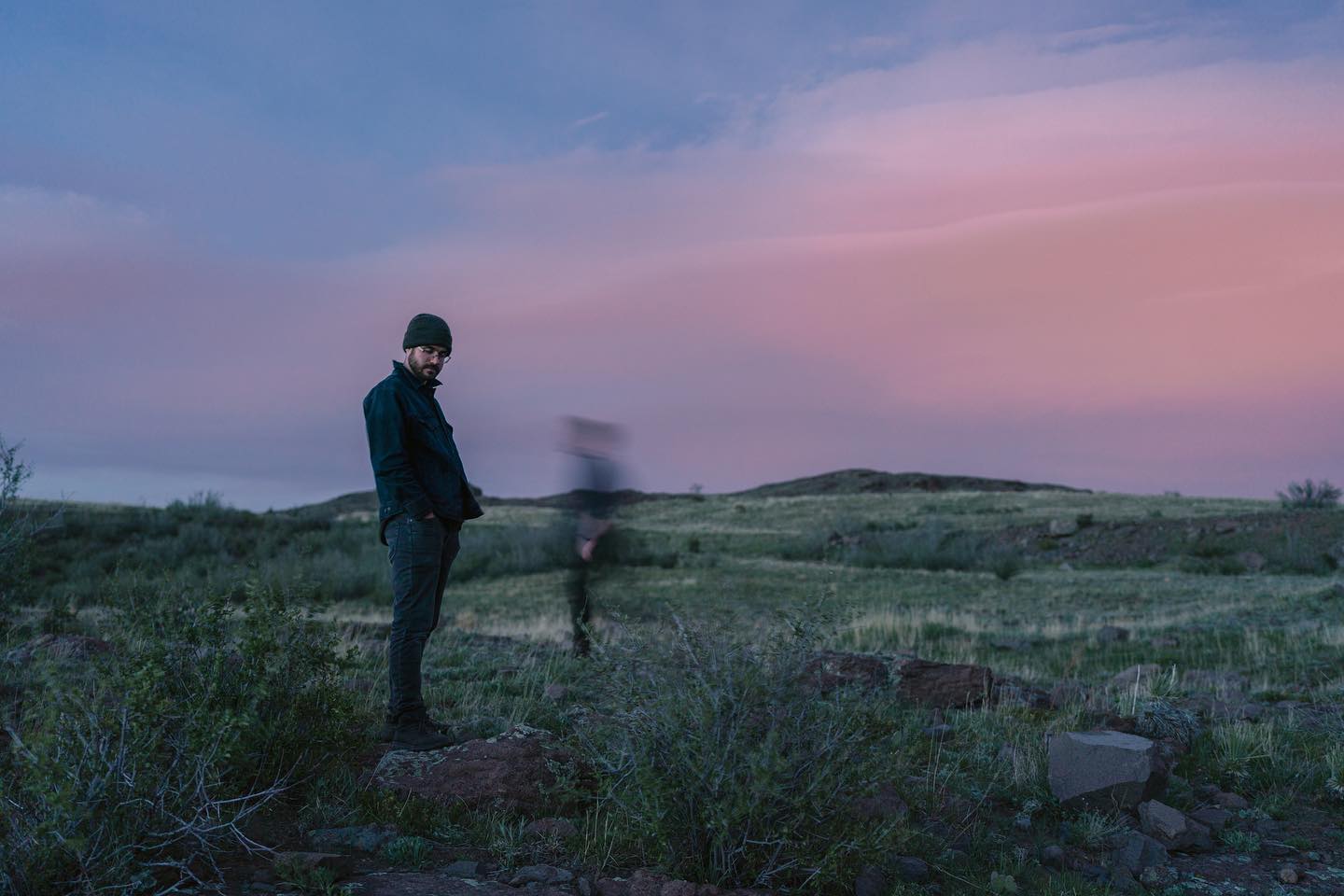 303: Can you give me some examples of things that encouraged or inspired you to continue music?

JA: I was a small business owner for six years. I was getting out of a three-year relationship as well. On top of that, the world was pretty much ending. I was in my hometown where I already felt like I didn’t fit in anymore. I felt like the city was starting to reject me, but I still had ties there. I decided that if I was going to die in the next couple of months, I wouldn’t want to die in my hometown. I didn’t really think about it too much. Yeah, it’s dark, but that’s exactly where my mind was. Then I moved out here and just spent a lot of time alone reflecting on my life. I would grab the guitar and start mumbling words over melodies. 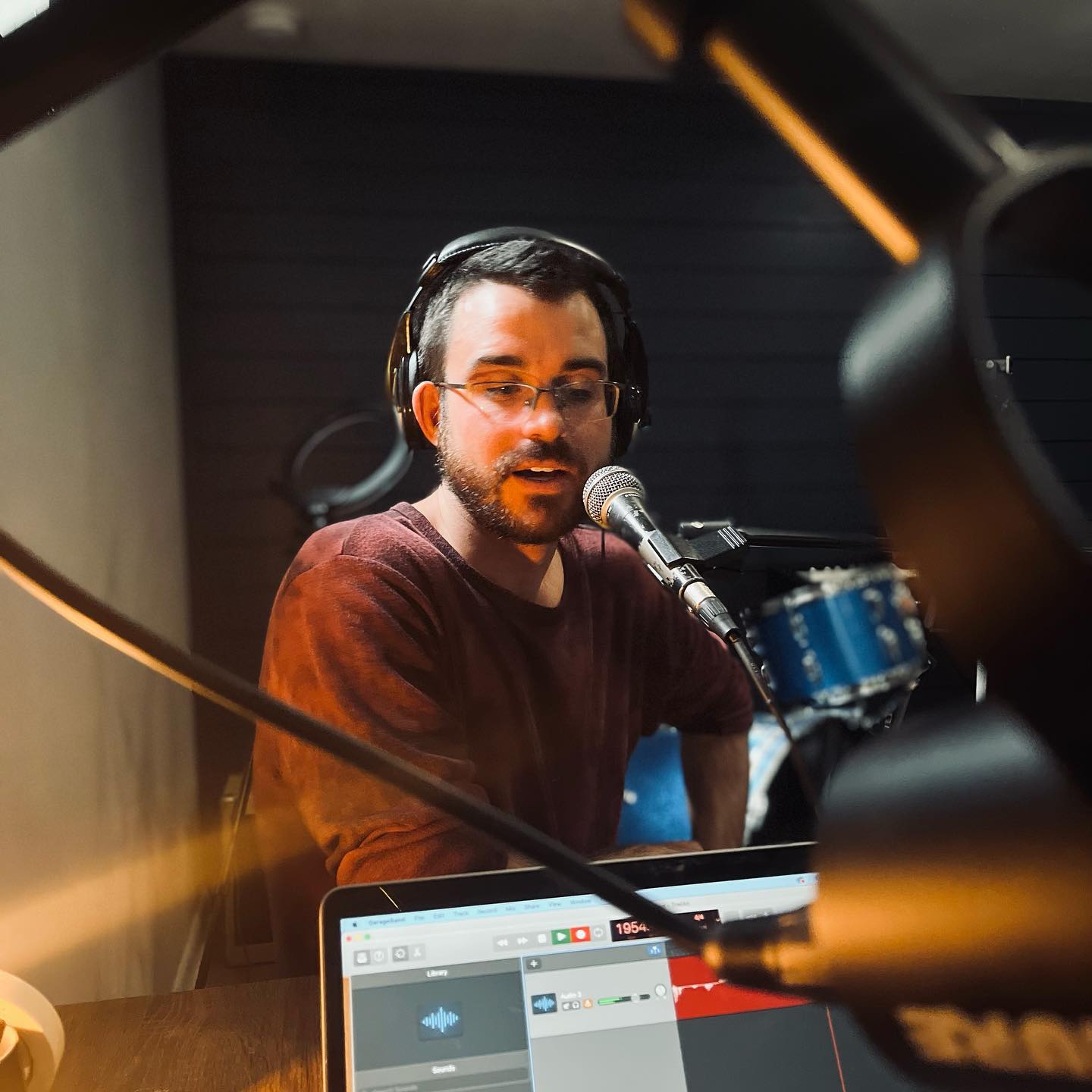 Miller records in the studio

303: How was the recording process for you two? Were you in Denver?

JA:   I was back in Michigan for a few months, so it was easy for me to be out there, but Elliot had to come back several times and record. For the final spurt of recording, we had to be in Michigan for a week. We both drove out to Michigan together to spend like ten days there, just recording and whatnot. So, there’s a lot of back and forth and it was all recorded in Michigan.

EM: I went to Michigan three times to help Jimmy with his EP before we combined everything. On the third time back when we were going to land in Denver, the weather was too bad so we had to divert to Grand Junction. We were flying so low. It seemed like they had control, but the turbulence was horrible. We were right next to the ground, flying concerningly low. The turbulence was bad enough that people were throwing up and the flight attendants were strapped into their seats saying, “We can’t help you, throw up in your purse.” And when we landed, EMTs took some people off the plane. Then cops came on the plane and the FBI came on the plane.

JA: The other traumatizing part about that is you only had like two songs downloaded on your phone at the time. 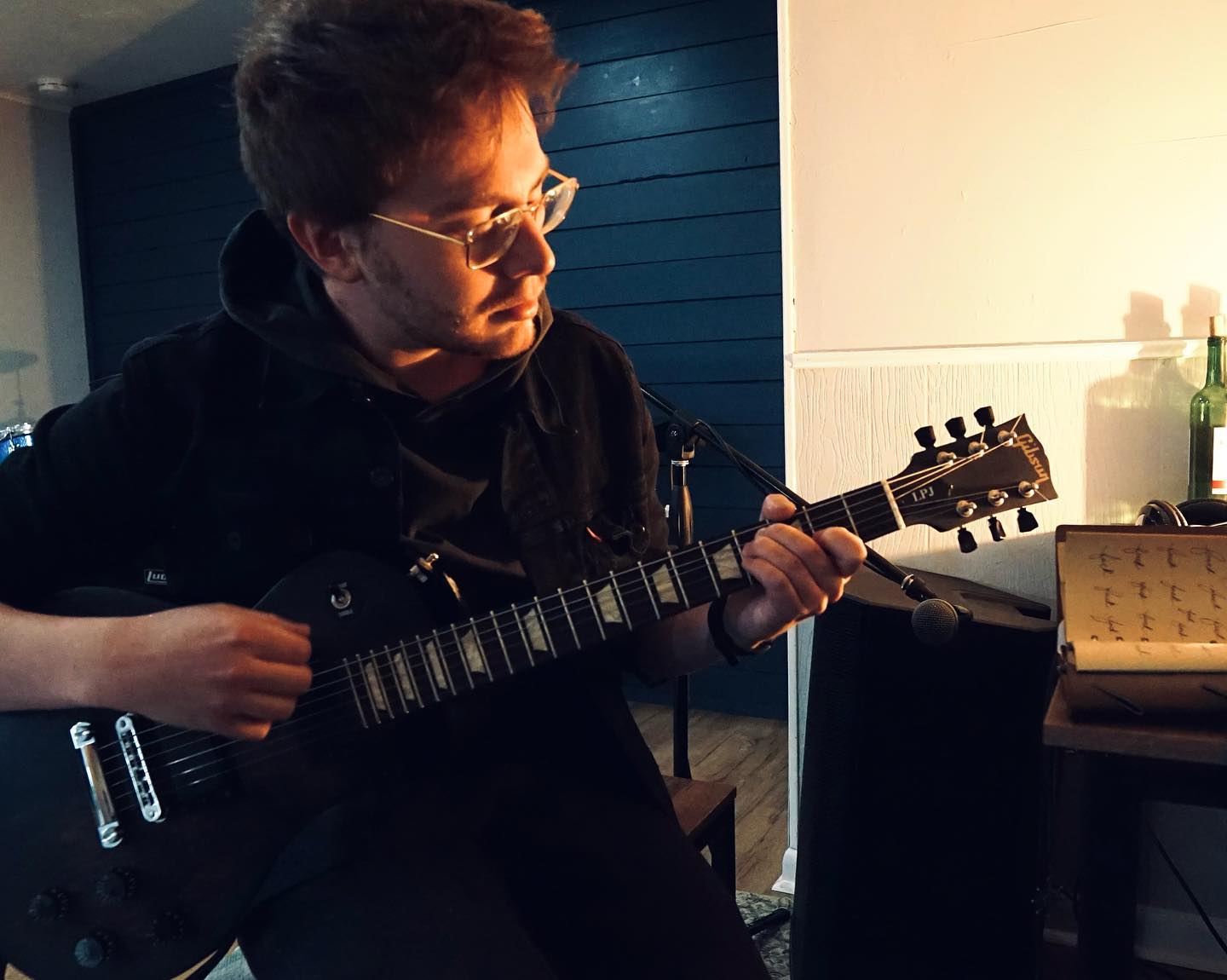 303: What are some themes or intentions you wanted to put on this album?

EM: For me, whatever [the album] ended up being I just wanted it to sound genuine.

JA: Authenticity has always been at the forefront for us.

EM: For us, a big theme across the album is just the lyrical content being something that’s honest, that’s really coming from us and hopefully relating to people that are listening in a big way. I think most people could listen to any song on this album and relate to the concept of what they think it’s about.

303: Your album is called A Spark of Madness. Any particular reason for that title? 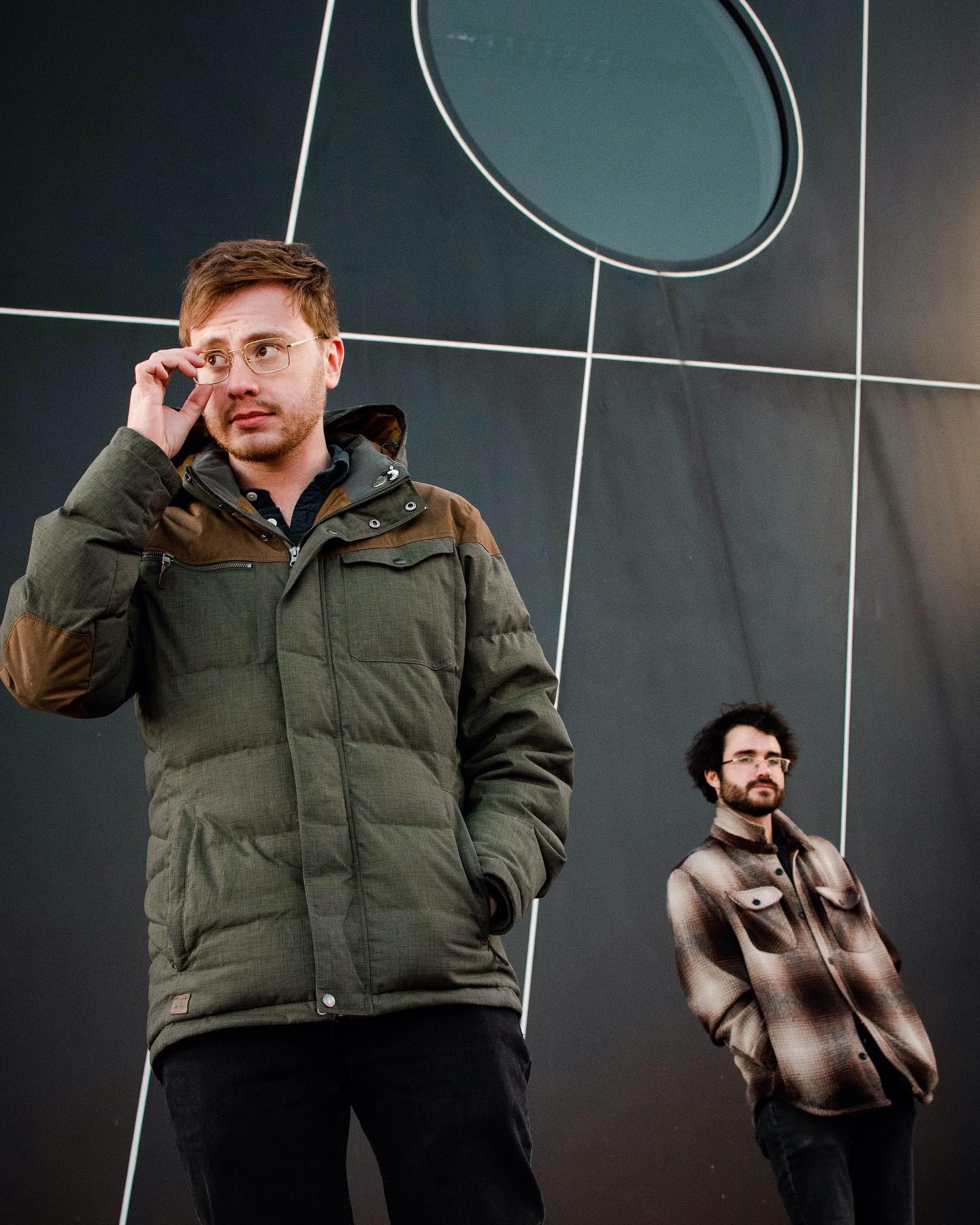 EM: It’s a Robin Williams quote. There are a few themes [on the album regarding] people we know that were lost to suicide. The spirit of that is in there. And because of that, it ended up being involved in the title.

303: Are there any songs you’re particularly fond of on this album?

EM: For me, it’s the last song [“January”] on the album. This is my favorite thing I’ve ever written. I like the lyrics. I like how indirect but how strong they feel.

JA: I’m the most emotionally attached to “If I Linger” because it got me out of this songwriting rut. I couldn’t write anything for a really long time. I felt like there was a wall that I had to push through and “If I Linger” was that wall that I pushed through.

EM: The biggest thing that stands out is the verse versus chorus vocal dynamics. You can sense the difference in intensity from the verse to the chorus. It adds to the overall delivery and makes it a stronger sound.

The album, although their first, was crafted with time and precision. It’s soft, serious and subtle. It’s a clear-cut, soothing vocal execution from both members. The album’s songwriting is straightforward with little room for misinterpretation. Metaphoric nuance complicates. Their songs and more importantly, their lyrics capture momentous feelings and returns them as precise, impeccable statements made into melodious tunes. The authenticity is felt from the first song “If I Linger” to the last on “January.” Spark of Madness is out now on streaming services.

All photos courtesy of Hollow Head