“Cowboy” calls forth a distinctive image: a denizen of the old Wild West, easily identifiable by his flat-brimmed Stetson, boots and chaps. And in the old West, a true cowboy was an outlaw who disregarded the laws and played by his own rules. Much of those identifiers apply to our very own modern cowboy — Orville Peck. Marked by mystery at the outset of his career, the enigma of Peck fits better in the company of Elvis Presley or Johnny Cash, iconic artists of a bygone era, than he does in the fellowship of many of today’s Billboard chart toppers. Making his own way, Orville Peck explores loneliness and desolation as he weaves threads of history into the narratives of his music. He’s forged his way into his own, self-created Wild West, solidifying his title as a modern-day rhinestone cowboy. And there’s one thing that any true cowboy knows: Sundays are for the rodeo. 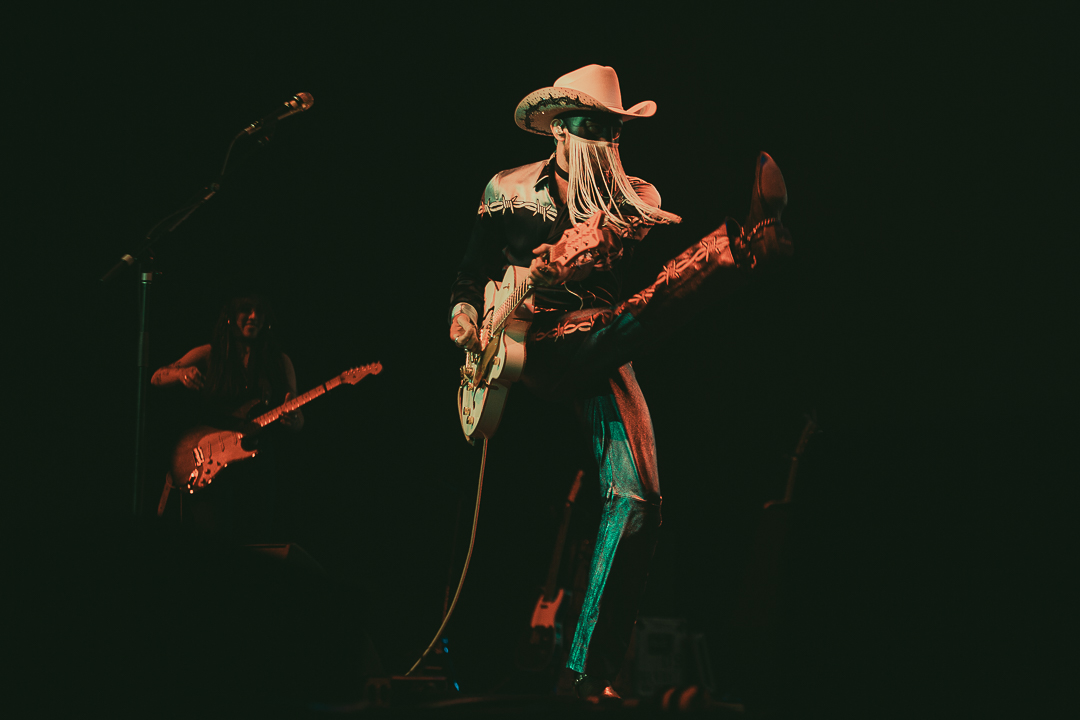 And a rodeo is exactly what Orville Peck brought to Mission Ballroom. Touring in support of his sophomore album, Bronco, the country singer’s “Bronco Tour” kicked off just a week after the album’s early-April release and finally stopped in Denver on Sunday night. Fans dressed for the occasion in boots, chaps and cowboy hats, but elevated their looks with sequins and masks, paying homage to Peck’s signature fringed look. Turning up early to find a good viewpoint for the sold-out show, concert-goers packed in under the disco ball and were treated to a lively performance from Teddy and the Rough Riders.

Guitar licks cried out as Teddy and the Rough Riders inspired the growing crowd to dance. By the time the Rough Riders bid the audience farewell, the merch lines had almost emptied, the beer lines quickly dwindled and concert-goers packed themselves into the Ballroom, simultaneously searching for their friends and the best vantage point of the stage.

Following his band onto the stage, the audience welcomed the country singer with thunderous applause under the growing illumination of stage lights. “Hello, I’m Orville Peck,” he introduced himself before the growing sound of the guitar signaled the beginning of Denver’s “Bronco Tour” experience. “Buddy, we got major blues,” Peck crooned as he opened the show with his recent album’s first track, “Daytona Sand.”  The singer’s distinctive voice carried over the chorus of fans as he sang “M-I-S-S-I-S-S-I-P-P-I,” allowing the song to slowly fade out and stopping for only the briefest of pauses before easing into the next song. 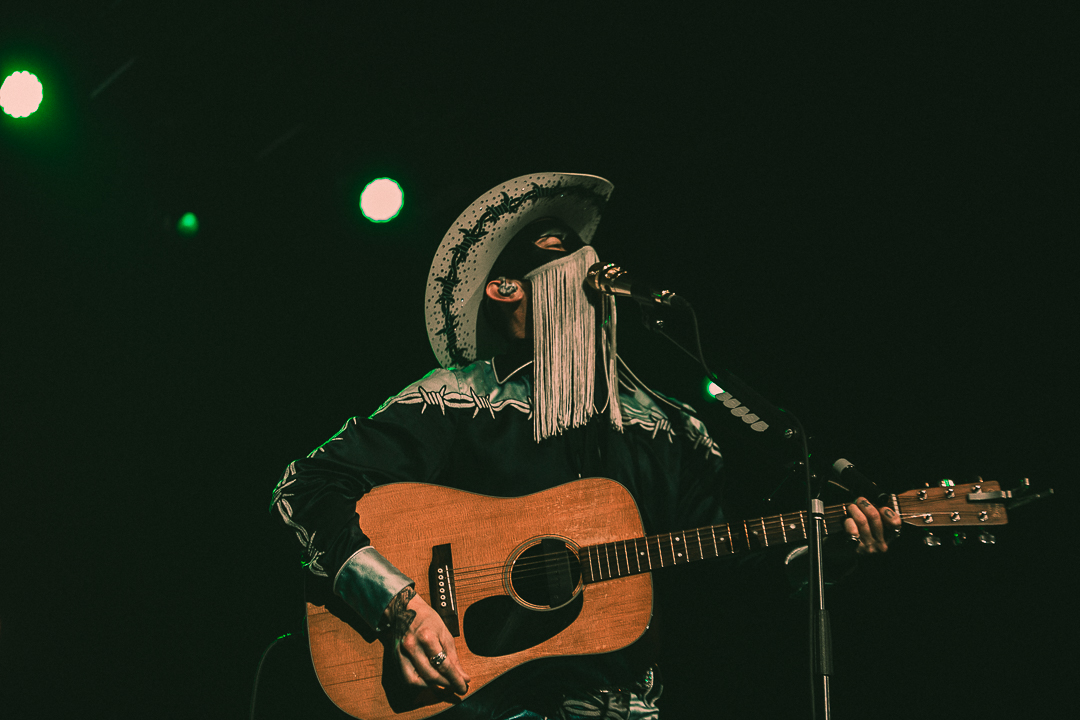 The masked cowboy continued to delight Denver with a smattering of songs from his new album throughout the evening. His soaring vocals elicited excited screams from fans as he demonstrated his raw talent, hitting and holding impressive notes on songs like “The Curse of the Blackened Eye” and filling the Ballroom with moving emotion through songs like “Hexie Mountains” and “C’mon Baby Cry.” The Mile High City returned the favor by putting a smile on Peck’s face with its elated response to “Outta Time,” a song that sees the country artist give a nod to our beloved city. And when the song came to its conclusion, Peck noted his love of songwriting is inspired by places, admitting that he had been dying to play the song in Denver. 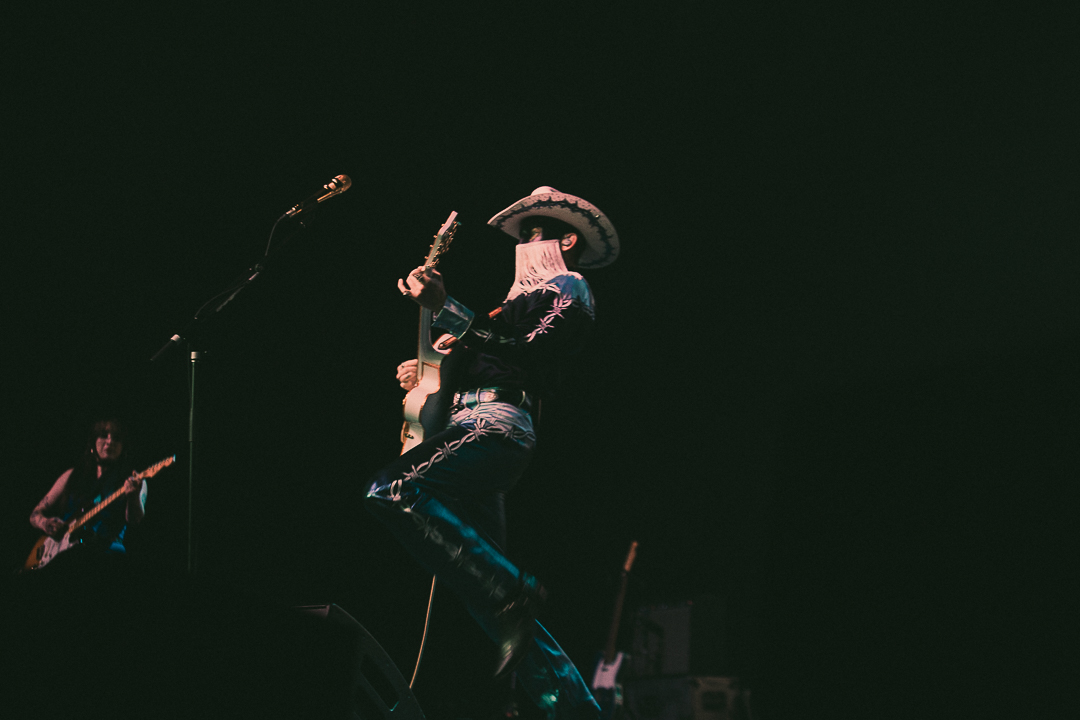 While he may have been touring in support of Bronco, Peck made sure fans of his debut album didn’t miss out on a few favorites like “Turn to Hate” or “Legends Never Die.” And after applauding the creativity and hard work that goes into a drag show, the country singer encouraged the audience to attend one when they can before playing a song he dedicated to a friend of his who happens to be a drag queen: “Queen of the Rodeo.” When it was all said and done, the rhinestone cowboy had delivered on his promise of a Bronco with a symphony of stampeding stallions and a performance worthy of winning the rodeo champion trophy buckle. 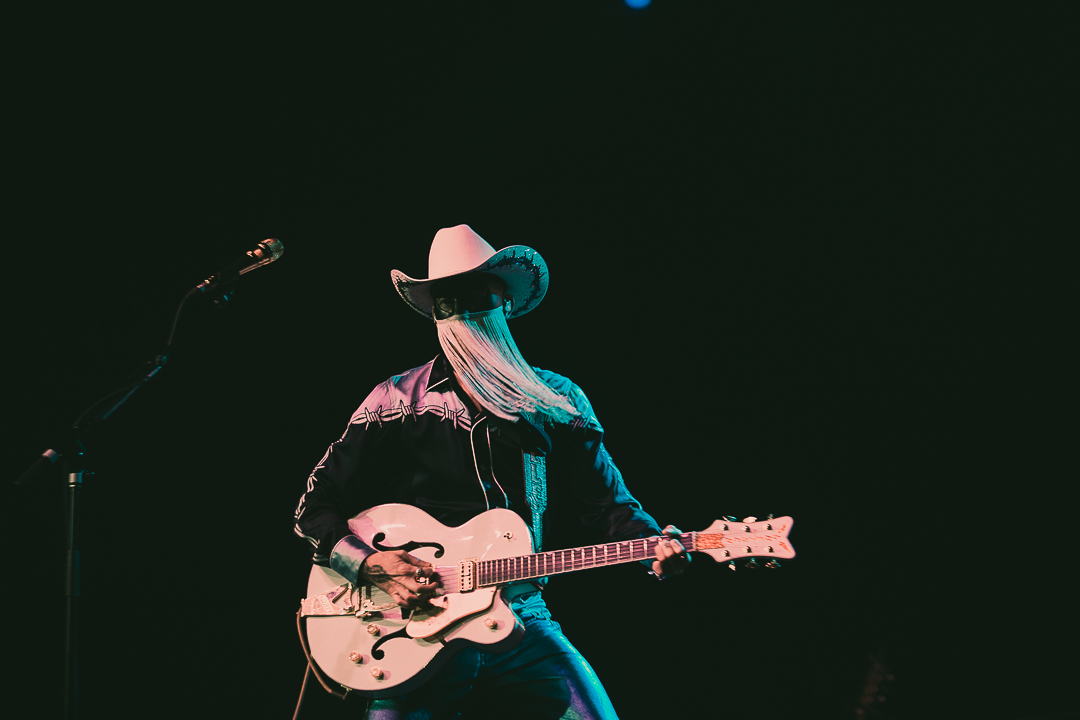